Two overly reductive tropes are developing around the concept of nationalism. The first is the idea that “nationalism is rising.” In this conceptualization, nationalism is a kind of primordial haunting that has begun to possess various segments of society. It comes about via spontaneous generation, infecting the minds of those susceptible to notions of ethnic or religious superiority. Once sparked, it can be very difficult to stop and often ends in war and global catastrophe. The second is the way nationalism is often used in the same breath as words like authoritarianism, chauvinism and xenophobia, as if these concepts are synonyms, and nationalism is just one concept in a basket of “deplorables.”

Nationalism is rising, but an increase in nationalist sentiments is often a symptom of increased instability, not a cause. Nationalism began to emerge with the American and French revolutions, but nationalism as an ideology came to maturity as a political force in Europe in the 19th century. It is no coincidence that nationalism became powerful at the same time that massive economic dislocation was occurring because of the Industrial Revolution. What began in Great Britain as factories replaced cottage industries in the production of textiles soon spread across the Continent, fundamentally changing the structure of the family and the life of the typical worker, and bringing teeming numbers of workers from farms into rapidly growing cities. 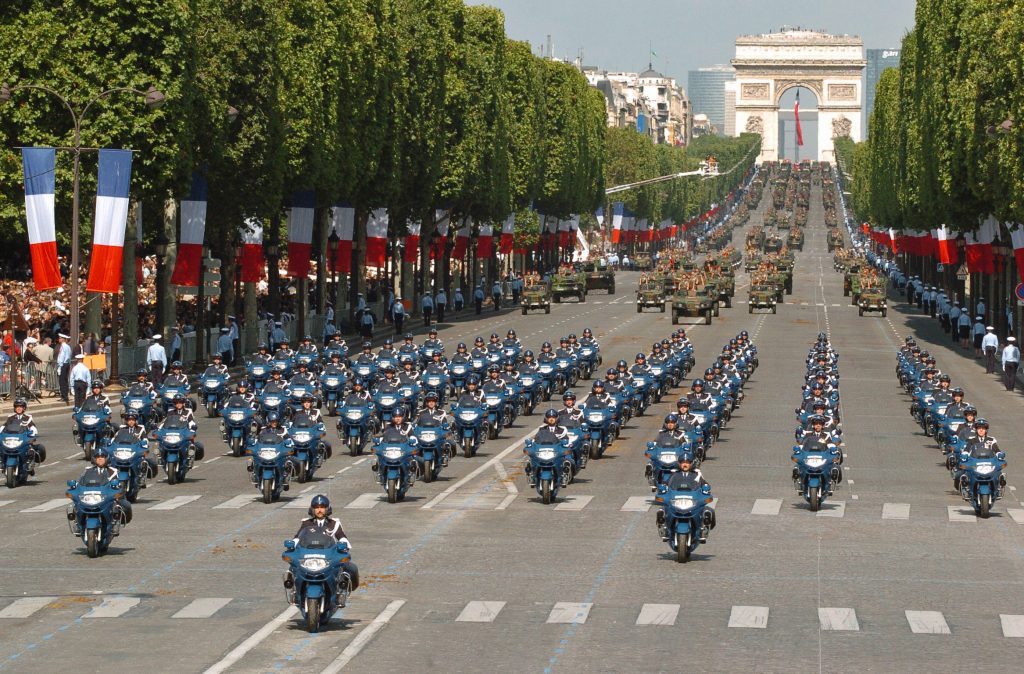 The French military shows its colors at the annual Bastille Day parade on July 14, 2004, on the Champs-Elysees in Paris. JEAN AYISSI/AFP/Getty Images

The Industrial Revolution was a massive discontinuity. It had many effects, but two of the most salient were the ways it undermined the security of the individual and the stability of political society. Not coincidentally, at the same time that the individual worker was having his traditional role turned upside down, a new conception of the inherent worth of the individual was crystallizing. Individuals had basic human rights that had not been appropriately recognized by various kings, czars and enlightened despots of the time. A new mode of political organization was necessary based on a social contract between those who ruled and those who were ruled. A basic part of that contract was that leaders could be replaced. Nationalism was an integral part of that ideology. Nationalism gave the high-minded ideals of the Enlightenment the practical tools it needed to create new political regimes based on these principles. The individual had lost a sense of identity and security, but the nation gave new meaning to the life of individual citizens.

Another moment of nationalism that is often brought up shook the world between World War I and World War II. The scars of those conflicts are still fresh, but the root cause was not nationalism. Nationalism was one of the ways that those who lived through a moment of extreme economic dislocation rationalized their experiences. The years preceding Hitler’s rise to power were dominated by a global depression that brought Germany, in particular, to its knees and that was felt most intensely by the working classes all over the world, who had no buffers from economic dislocation. In addition to this economic instability, the goal of the Treaty of Versailles was not to sustain peace among equals, but rather to keep Germany crippled. An imbalance in power relations between Europe’s (and Asia’s) major powers existed, and Germany was both embarrassed by its previous defeat and scared of a future at the mercy of the French or any other historical enemy surrounding it.

When we say nationalism is rising today, what we really mean is that the world is increasingly unstable and that nationalism is increasing as a result. The 2008 financial crisis continues to reverberate throughout the world. It manifests in decreased growth prospects for exporting countries, in the European Union’s inability to form a coherent union-wide strategy towards overcoming the crisis, in declining purchasing power by the middle and lower-middle class in the United States, and in economic dislocation and job loss driven by globalization affecting the working classes than on anyone else. The U.S. is the world’s only global power, and its would-be peers are all too weak to challenge the U.S., which creates fear that can be used by leaders of those countries to boost their legitimacy as they struggle with domestic economic issues. These factors in turn delegitimize international institutions, as many begin to realize that if something is everyone’s responsibility, it is no one’s. The desire to assert what limited control one can over the fate of one’s nation is an inevitable outgrowth.

This desire is not by itself authoritarian, chauvinist or xenophobic, nor does it necessarily lead to violent conflict. For example, nationalism and authoritarianism can go hand in hand, and in countries like Russia and China, they often do. Both are vast countries in terms of landmass, but also ethnic composition and the gap in wealth between the richest and the poorest. There is a reason Russia and China were ruled by czars and emperors and have not made a transition to liberal democracy. But nationalism isn’t the reason. Nationalism props up the legitimacy of authoritarianism just as it binds together the citizenry of liberal democracies. There is nothing inherent within the concept of nationalism itself that leads to war or conflict. Human beings do that on their own, and they fought wars for sovereigns, kings, clans and pharaohs long before nationalism was thought of. Power imbalances, scarcity of resources, fear and lack of trust of a neighboring power are all far more consequential dynamics that can lead to violence. When they do, nationalism is an excellent ex post facto ideology to graft onto those conflicts.

None of this is to deny the powerful role that nationalism – or any ideology – can play in exacerbating conflict, especially once conflict has already broken out. It is also not to deny the consequences nationalism can have at the domestic level. The concept of a nation can be a unifying principle, but the flip side of that principle is that rules must be set for who is considered part of the nation and who isn’t. Current economic imbalances in the world mean this can manifest in ugly ways toward immigrants or refugees fleeing conflicts. There is of course another perspective. The citizens of one nation want to protect their own, and as unfortunate as it is that others don’t have that protection, why should a nation look out for refugees, especially if doing so poses a tangible threat.

Too much nationalism on top of political and social instability can lead to the rise of a regime like the Third Reich. Too little nationalism can lead to the current situation we see in Syria. “Syria” is a fabrication, a flippant creation of European imperialism. When Syria came apart at the seams in 2011, the result was the proliferation of a dizzying number of rebel groups that to this day are as busy fighting among themselves as they are with resisting the regime of President Bashar al-Assad. The humanitarian horrors in Aleppo are a reminder that the international community’s promise of “never again” has never been kept. National self-determination is not just a principle enshrined in the U.N. Charter, it is also, for better or for worse, the best way political communities have found to secure power in the modern world. Many in the West are nervous about the rise of nationalism; the Syrian rebels in Aleppo would gladly take some of that nationalism if they could.

Nationalism is ultimately an ideology. Ideology very rarely drives geopolitics; it is almost always the other way around. The fact that nationalism is rising today is a signal that there are tectonic shifts happening at fundamental political, social and economic levels that are causing individuals and nations to feel insecure about their place in the world. These challenges can also lead to authoritarianism in some countries and bigotry in others, but these are all separate phenomena. The important thing to remember is that increased nationalism comes not from the ether but from instability, and that it is not synonymous with various other “-isms” that many lop into one large category of poisonous ideologies. The world is built on nation-states. Take out the nation and you’re left with a house of cards.

What We’re Reading: US Power and Nationhood

The Struggle to Invent Qatari Nationalism