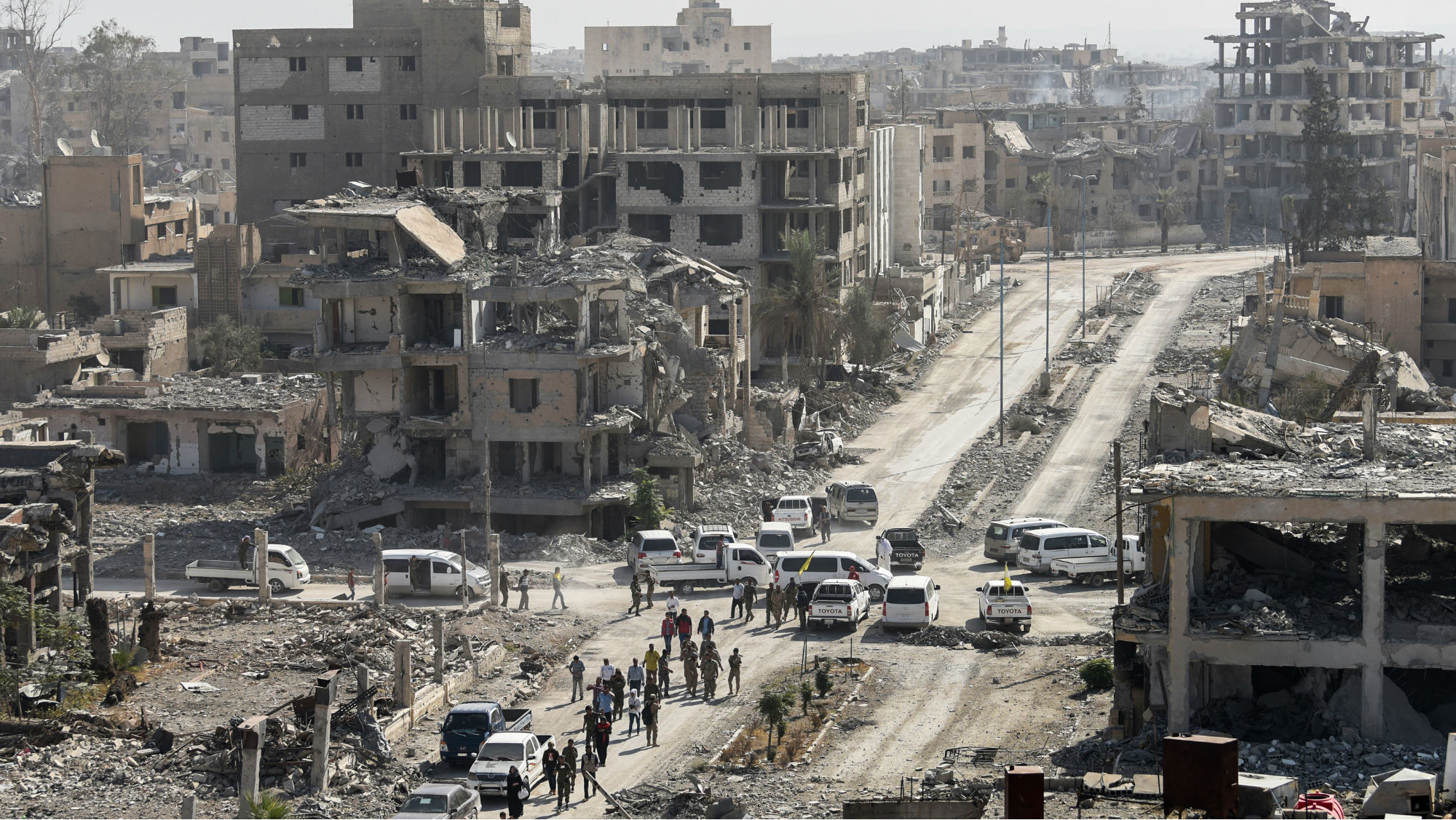 The Islamic State is on the defensive in Syria. It’s so-called capital in Raqqa has been wrested from its control, and it has begun to retreat to areas in the southeast near the border with Iraq. This means all the entities embroiled in Islamic State affairs – Iraq, Iran, Lebanon, Turkey, Russia, the United States and the Kurds – can go back to business as usual, right?

Well, yes and no. The Islamic State, to be clear, has not been destroyed; it is just, conservatively, no longer the center of gravity it once was. If it doesn’t reclaim territory it has lost then its fighters will simply blend into the populations of its neighbors and it will continue waging its insurgency. In any case, business as usual in the Middle East is messy. It is a region of centuries-old animosity and distrust, of ethnic and sectarian rivalry, and of poorly drawn borders. The IS retreat has left a small void for stakeholders in the region to advance their interests. As they do, they will rekindle these rivalries they had once briefly, if disingenuously, set aside. The Middle East may look different as new alignments form and old ones fade, but the pursuit of interests at the expense of others will remain.

Indeed, the presence of the Islamic State made strange bedfellows. The U.S., for example, has cooperated with erstwhile adversaries in the Syrian and Russian governments. It has, more notably, cozied up to Iran. The Iran nuclear deal was, after all, partly the result of the threat IS posed. Russia and Turkey, once acrimonious after Ankara downed a Russian fighter jet in 2015, had subsequently become closer. But now that the common enemy is tamed (if not eliminated), so too is the enthusiasm for cooperating with one another.

Take the Kurds. In Iraq, the Kurdistan Regional Government was quick to act as IS retreated. Emboldened by foreign support and territorial gains made in the fight against IS, the KRG nearly immediately held an independence referendum, during which Kurdish voters elected to have more autonomy. Success in that regard may have always been unlikely, but Irbil reasonably concluded that the IS departure was its best opportunity – and that it wouldn’t last.

It was in fact short-lived. The government in Baghdad strongly opposed the Kurdish push for independence. It needed to reclaim the northern territories it had lost amid the fight with IS. Turkey and Iran have joined Iraq in its opposition. Turkey, in fact, has already begun to support anti-Kurdish movements in the region, unsurprising since it believes an independent Iraqi Kurdistan could encourage the creation of a Turkish Kurdistan. Meanwhile, Ankara has established outposts in Idlib and Aleppo province, though it is unclear exactly how much of a military presence it plans to have in Syria. The Kurdish government in Irbil has since backpedaled on its plans for independence.

Then there is Saudi Arabia, always in competition with its regional rival, Iran. Now that IS has retreated, Riyadh believes it may have found an opportunity to gain leverage on Tehran. Saudi Arabia is enemies with Syria, but that didn’t stop a high-ranking Saudi official from traveling to Raqqa to meet with the U.S. special presidential envoy for the global coalition to counter IS. They discussed the possibility of Riyadh funding the reconstruction of the war-torn city. This would give Saudi Arabia a foothold in a country traditionally aligned with Iran.

For its part, Iran has been nimble in filling the voids that are up for grabs. It has long been a supporter of Iraq and Syria. Its conventional military forces are backing proxies in these countries, including Hezbollah, Iraqi Shiite groups and Shiite fighters from the wider Muslim world including Africa, Southeast Asia and Central Asia, to fight alongside the Syrian regime’s armed forces. (Hezbollah, its go-to proxy, appears to have gotten stronger since the fall of Raqqa.) The current Iraqi state is dominated by a pro-Iranian Shiite faction, which was instrumental in getting the Kurds to back off their push for independence. Tehran continues to back groups in Yemen that are fighting groups backed by Saudi Arabia. The Saudi crown prince, meanwhile, recently said his country would not stop participating in the Yemeni civil war because it cannot afford the risk of another Hezbollah-like group forming on its border – a veiled reference to the Houthi rebels that Iran is backing.

Iran’s conventional military, it seems, is something Saudi Arabia cannot ignore. Riyadh is the region’s only Sunni power, but its influence is fading. Oil prices have curbed government revenue, undermining its ability to manage risky economic and political reform at home and upheaval abroad. Iran is trying to exploit Saudi decline. This makes it a suitable candidate for Israel, likewise threatened by Iran, to align with. So far there have been only measured responses to Iran’s growing conventional military presence. In Syria, Israel has begun to strike Hezbollah targets, such as convoys and storage facilities, more frequently. The weapons these targets are believed to be housing or transporting are reportedly going to Iranian-backed militia in Syria that support Assad. Their presence alone is a threat to Israel, so airstrikes can be expected to continue.

Involved in all these affairs is the United States. Iran’s conventional military is less of a threat to Washington, but Washington intends to bend the Middle East to its will too, and it does not want Iran to become too powerful. This largely explains why President Donald Trump decertified the Iran nuclear deal. The deal allowed Iran to escape its sanctions while enabling the United States to reduce its military involvement in the region. Addressing both of these needs became more urgent for each party with a strong IS in the region, and that helped drive cooperation. But the conditions have changed, and so the status of the deal has also changed. Notably, revoking the deal would be difficult, but the U.S. has other options for bringing Iran to heel. The U.S. House of Representatives, for example, has already approved legislation to sanction Hezbollah. Though subtle, the message is clear: The U.S. wants to work against Iran and its proxy groups and acknowledges this alignment of interests with Israel and Saudi Arabia.

So here is where it stands. The Kurds are not being allowed to make a state. Turkey is biding its time as it tries to overcome Iranian influence in Syria and Iraq. Iran is moving to be a more prominent regional power. Saudi Arabia opposes Iran’s rise. The U.S. wants a balance of power.

If all this sounds confusing, it’s because it is. The Middle East is complicated. The larger point, though, is that in geopolitics, time moves slowly. Sure, every so often a pivotal event takes place, easily identifiable with long-term consequences, but such events are rare. Changes in direction are subtle affairs, more akin to biological evolutions than genetic mutations. That’s hard to square in a region as volatile as the Middle East. We knew that the Islamic State would eventually be subdued, and we knew that after it was, the region’s actors would scramble to bend the situation to their will. What has happened over the past few weeks is how their efforts are taking shape.