It’s the season for amazing electoral events. On Nov. 3, the High Court of England and Wales – which is not the highest court in Britain – ruled that the vote in favor of Brexit does not permit the prime minister to officially notify the European Union of the United Kingdom’s intent to withdraw. Rather, Parliament must authorize the prime minister’s actions. This raises the possibility that Parliament might refuse to authorize notification. Even more likely, Parliament could choose to be informed of and oversee the terms the U.K. offers and agrees to. Regardless of any previous ambiguity on this point, certainly members of Parliament would be expected to ratify the final proposed agreement and, therefore, could refuse to ratify the terms. 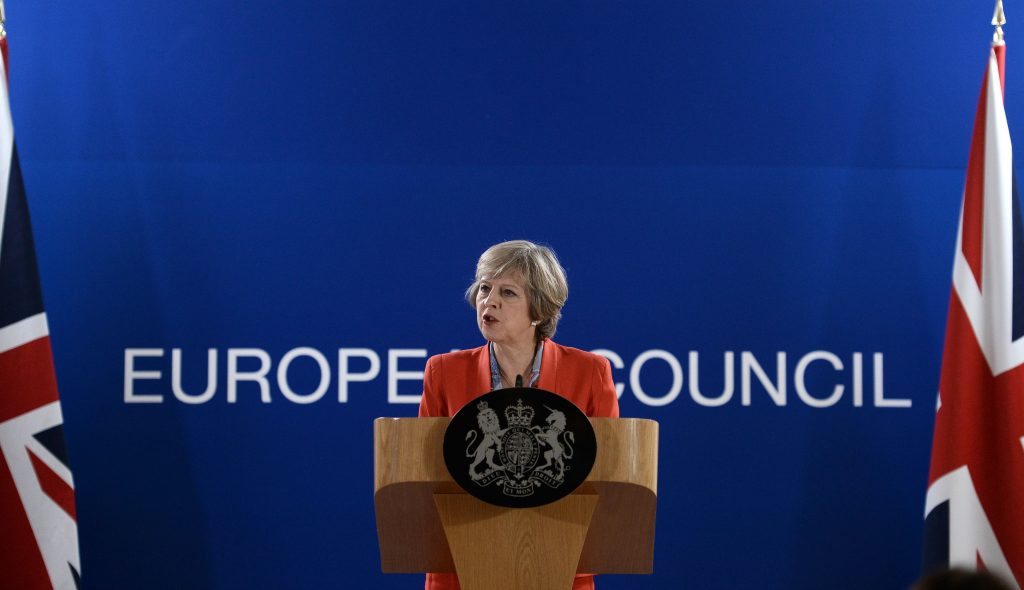 British Prime Minister Theresa May gives a press conference on the second day of a European Union leaders summit on Oct. 21, 2016 at the European Council, in Brussels. STEPHANE DE SAKUTIN/AFP/Getty Images

It is important to remember that Parliament authorized the Brexit referendum and former Prime Minister David Cameron pledged to abide by it. At the same time, the vote was not legally binding. Still, the Parliament’s authorization and the prime minister’s assurance gave the vote significant weight. The ruling, of course, doesn’t reverse the Brexit vote. It does, however, raise an interesting question, because on this issue Parliament is somewhere between divided and chaotic.

For Americans, it is important to understand the European parliamentary system. When it is functioning properly, the prime minister has far more control over policy than the U.S. president. The president’s party does not nominate candidates to the U.S. House of Representatives or Senate. Therefore, U.S. politicians may like the president or opposition party leaders, but they utterly depend on their constituents, state and local organizations, and others. They welcome money from national parties, but usually it is not enough to win an election. More importantly, a senator or representative is not going to commit political suicide by supporting a policy that constituents oppose simply to please party leaders. Presidents can’t count on congressional majorities to follow their commands.

In Europe, political parties have a great deal more power. Most importantly, leadership in Parliament and in the party organization – normally controlled by the prime minister or opposition leaders – has tremendous say over who represents the party in a district. Normally, if a member of Parliament crosses the prime minister on an important vote, there will be consequences. This sometimes occurs at the end of a career. Of course, party splits and revolts against leadership sometimes exist, but decisions by the prime minister – who is supported by a majority in his or her party – are followed. Unlike the U.S. president, who we might call a great proposer, the prime minister normally disposes. Both systems are far more complex than I describe, but with apologies to European readers for stating the obvious, this is the vast difference between a presidential and parliamentary system.

Because Prime Minister Theresa May has announced her commitment to Brexit, normally this should be the end of the issue. But in this case, it is not. First, Parliament is divided into three factions not at all having to do with party affiliation. Some support Brexit as a matter of policy. Others oppose Brexit but reluctantly affirm the legitimacy of the vote. A third group continues to oppose Brexit despite the vote. A likely read is that the first two hold the majority, and the latter would like any excuse to sink Brexit.

I would think that a vote against the referendum is unlikely. Opponents of the results constantly point out that the people who voted for it didn’t understand what they were voting for or were misled by unscrupulous leaders. That may or may not be the case, but in the last YouGov poll in the U.K., 45 percent remained committed to Brexit, and 44 percent were opposed. That means that an outright repudiation of the vote would alienate almost half of the population, and some opponents who regard the referendum as legitimate might join them. Repudiation would certainly force a new election, and along with it, a revolt in the Conservative Party’s national organization, as we already have seen in the Labour Party.

But assuming the vote will affirm Brexit, this ruling creates two other possibilities. May assumed that as prime minister she was free to negotiate with Europe based on a Parliament-approved referendum. In asserting that Parliament must approve Article 50’s statement of withdrawal, it would seem logical that members of Parliament would have a voice in the negotiations and the agreement. In other words, May must negotiate to the satisfaction of a parliamentary majority. Because her own party is divided, May’s ability to get a majority of parliamentarians who wish Brexit would go away is uncertain at best.

The second possibility is simply that Parliament could delay a vote on Article 50 and then delay the negotiation. The date for invoking Article 50 was vague to begin with, and if Parliament has the voice, then Parliament will have to study the matter. May’s only option would be to call a new election without having any idea of the possible results. A Conservative victory would be likely, but not a parliamentary vote for Brexit. Parliament might now have the option to delay Article 50 ad infinitum without repudiating the referendum. It could delay now, and during and after the negotiations.

The Supreme Court (higher than the High Court) still must rule. If it upholds the High Court vote, the U.K. will face a major political crisis. Half of Britain supports Brexit, and they won the referendum. They are now being told that they are too simple to understand the complex issues facing them. In effect, their betters should be trusted. Half of the British public will take the position that referendums count only when the establishment wins. They also might take offense at being treated with contempt.

A great deal of the movement supporting U.S. presidential candidate Donald Trump is rooted in the sense that the establishment treated with scorn those who disagreed with it, and that the self-satisfied establishment was actually incompetent. Similar movements exist throughout Europe, including the Brexit movement. If parliamentary delay reverses the referendum’s outcome, two things will happen. First, the Brexit movement will broaden to questioning fundamental issues about British democracy. Second, the system in which the prime minister is a decisive force will break down. Parliamentary government with small parties and weak coalitions is the worst of all worlds. It has rigid party lines, but a weak executive – a recipe for paralysis. Winning the battle over Brexit, I suspect, would cause far more serious problems for the U.K. than leaving the EU would.