The U.K. is leaving the European Union. Donald Trump, he of the threats to pull U.S. support from NATO and the ambiguous relationship with Russian President Vladimir Putin, is president-elect of the United States. Marine Le Pen is doing well in French polls, and even if she loses (which in light of the recent performance of opinion polling should be regarded as a healthy possibility), upcoming French elections are already centering around issues of French identity and immigration. Italy has a constitutional referendum coming up that may very well determine the fate of Prime Minister Matteo Renzi’s government and serve as another domino in a series of events creating a divergence of interests between Rome and Brussels. Austria may elect a right-wing populist as its president in a few weeks. And Angela Merkel announced on Nov. 20 that she will stand for another term as chancellor of Germany.

One of these things is not like the other, and the media has seized upon it with its usual penchant for exaggeration and hysteria. In their telling of the tale, Merkel has become the political establishment’s last bulwark against the illiberal tremors of popular dissatisfaction and rising nationalism being felt across the West, and the announcement of her candidacy has been greeted in those circles reeling from the direction of world affairs with salvational zeal. Merkel is no stranger to this kind of aggrandizement. She has been given many nicknames and accolades during her 11-year tenure: the “Iron Frau,” the “Mutti [mommy] of Germany” and the “Chancellor of the Free World,” to name a few. But now to this already impressive list of epithets she can add the “Liberal West’s Last Defender” from the front page of the Nov. 12 issue of The New York Times. 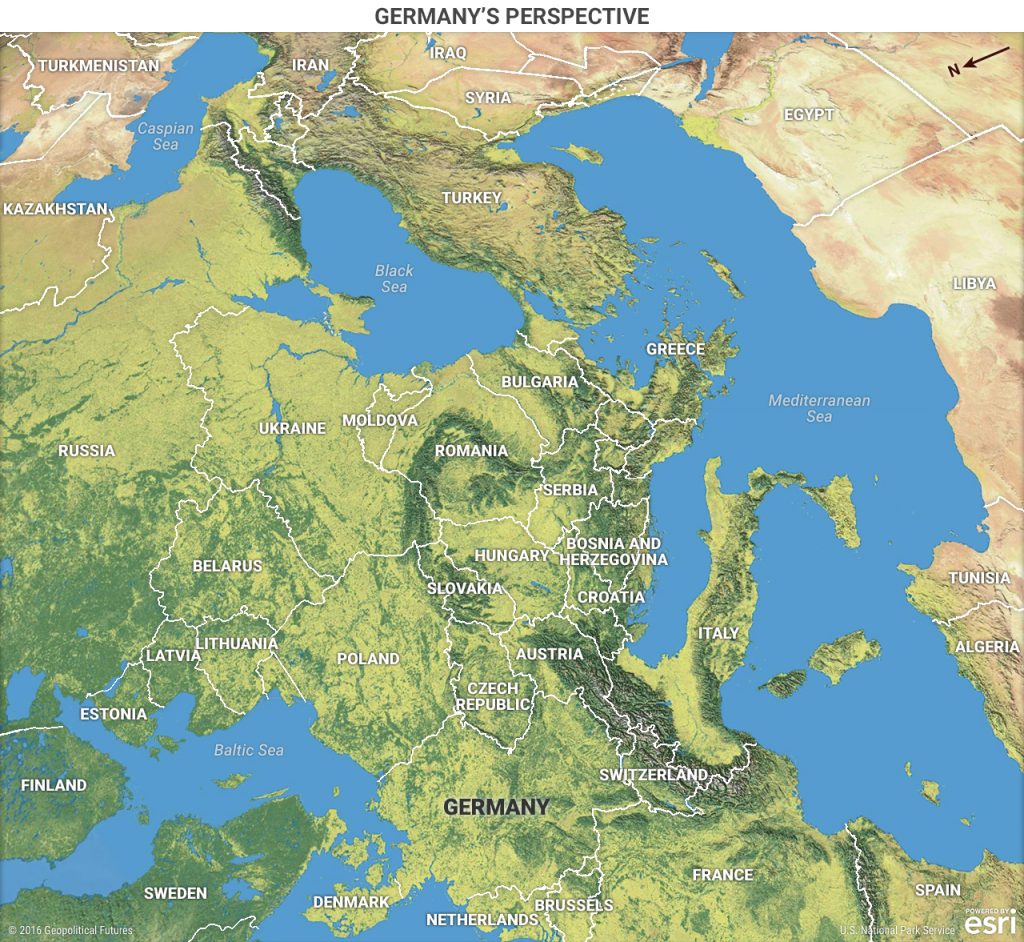 This is an unhelpful simplification of the situation and perhaps one of the reasons Merkel has replied sternly that the suggestion “is grotesque, even almost absurd.” The relationship between liberalism and nationalism is complex. Liberalism and nationalism have often been codependent ideologies. This is because liberalism requires a social construct in which the individual liberties it cherishes can exist, and the best construct liberalism has yet found is the nation-state. Yet liberal democracy’s Achilles’ heel is that it requires that the people be allowed to reject its basic premises if they want; without that basic individual right, the rest of liberalism is stillborn. When prevailing policies fail to meet national needs, or at least make people feel like their government cares about those needs, a nationalism that turns on liberalism is a very real danger.

It is within this context that the rise of nationalism along with popular dissatisfaction with the liberal governing elite must be understood, and Germany is no exception. This really isn’t about Merkel. Whether Merkel is re-elected or someone else takes her place, the real issue here is what the next leader of Germany will do in the face of German nationalism, and whether that leader will be able to control it or will be controlled by it. In turn, it goes back to the fundamental geopolitical questions of Germany’s national interest and Merkel’s place in German political history.

Since Germany unified in 1871, three political leaders either had to create or rebuild Germany: Otto von Bismarck, Adolf Hitler and Konrad Adenauer. Bismarck, Hitler and Adenauer were extremely different men, but they also were dogged by the same question during their time in power: What does a unified and powerful Germany mean for the balance of power in Europe? That question has driven events on the European continent for over a century and a half. The Franco-Prussian War, World War I, World War II and the creation of the European Union are all answers to that question.

Before Bismarck – the so-called “Iron Chancellor” – completed German reunification in 1871, Germany was not a unified political entity. The Holy Roman Emperor was also known sometimes as the “Emperor of all the Germanies,” and there were many different political entities – principalities, free cities, ecclesiastical states, various estates and other kingdoms – that had to be brought to heel in order to create a German nation-state. Bismarck played a key role in at last consolidating these vast German-speaking lands under Kaiser Wilhelm I, defeating the nascent state’s enemies in war – Denmark, Austria-Hungary, and most importantly, France. Once united, Bismarck tried to keep the peace by isolating France and maintaining good relations with Austria and Russia.

Hitler, “the Führer,” had to rebuild Germany after World War I. He reunited a broken Germany into a new Reich, and then methodically began abrogating the harsh conditions imposed by the Treaty of Versailles until he deemed Germany ready to neutralize France and eventually Russia in battle. Hitler’s blueprint was different, but the challenge and the strategic aim was the same as Bismarck’s. After Germany’s defeat and division after World War II, Adenauer, “Der Alte,” picked up the pieces by tying Germany’s economic future to France in what would eventually become the European Union. He opposed East Germany and the Soviet Union and became an ally of the West, remaking Germany in the image of the Allies that had defeated her in war twice, and setting the conditions that allowed Germany to rise to the position it occupies today as the largest economy and dominant power of Western Europe. 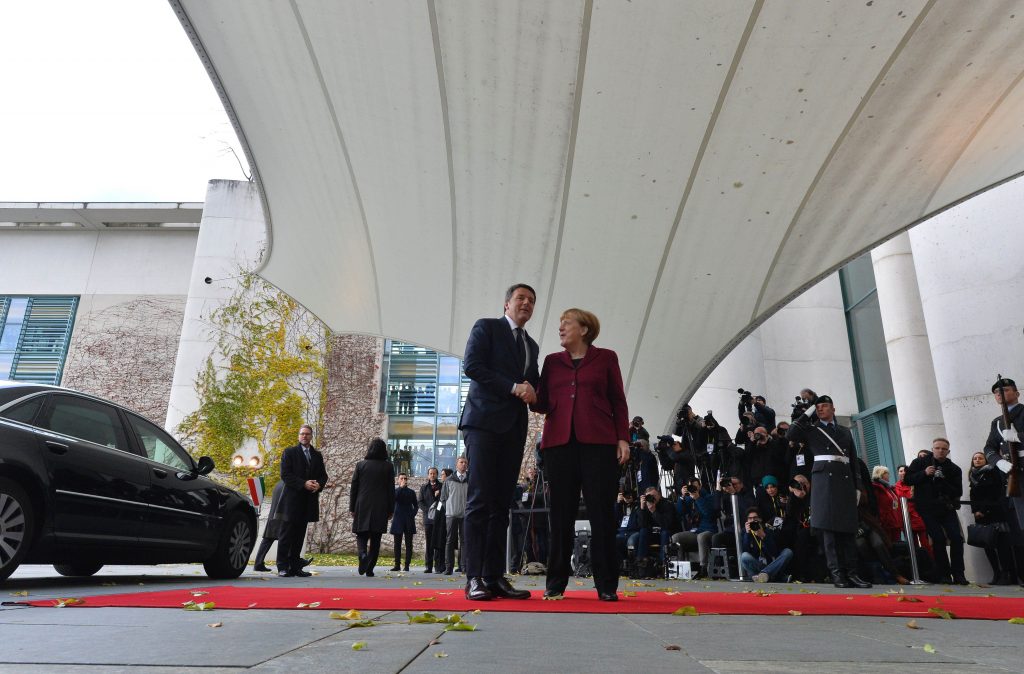 German Chancellor Angela Merkel, right, welcomes Italian Prime Minister Matteo Renzi as he arrives for a meeting of the U.S. president with European leaders on Nov. 18, 2016 at the chancellery in Berlin. JOHN MACDOUGALL/AFP/Getty Images

The key difference between Merkel and these three leaders is that they had to acquire power for Germany first. Merkel has never had to unite or rebuild Germany as the leader of her country. In fact, she has spent almost three-quarters of her time in office fighting desperately to defend what Berlin has accomplished in the last few decades. When Merkel came to office in 2005, it was during the honeymoon phase of the post-Cold War world, when the Germans were lending large amounts of money to European countries that couldn’t pay it back so that they would buy German goods. Russia was weak and a shadow of the Soviet Union; Germany and France were deliberately tied at the hip more closely than ever to avert the disastrous consequences of Franco-German rivalry in the late 19th and early 20th centuries. The money was rolling.

The year 2008 changed all that. The economic crisis that eventually brought Greece to the brink of exiting the EU represented a fundamental challenge to the structure that kept Germany in its powerful position. Greece could not be allowed to leave, and yet Merkel did not want to set a precedent whereby Germany would accept bailing out the various European states. So she earned another of her many nicknames – the “Queen of Austerity” from a Greek paper – and averted the crisis of the EU only to bring back memories of previous times in history when Germany dictated unfavorable terms to European states. The current spat between Rome and Brussels over banking regulations and budget deficits has similar undertones.

When the refugee crisis began in earnest in 2015, Merkel moved with a similar decisiveness, throwing Germany’s borders open and expecting EU neighbors to do the same. She harshly condemned those who had no desire to turn over border controls to directives from Brussels. Whether this was because she viewed such a move as a cleansing of German guilt for past crimes, or due to a certain hubris Germany had developed because of its economic success over the years, Merkel miscalculated in that moment, believing that if Germany should say “Jump,” all the EU countries would ask, “How high?”

The move to demand acceptances of refugees backfired on Merkel on multiple levels. German-British tension on the matter undeniably played a roll in the “Leave” campaign picking up steam in the U.K., as a sizable number of people did not want to be lectured by Berlin about what the right thing to do was and how to do it. Meanwhile, Eastern Europe is still ignoring Brussels’ directives on immigration. The refugee move also backfired on the domestic level, giving fuel to Alternative for Germany (AfD), a right-wing, pro-nationalist party in the emerging tradition of Brexit, Trump and the French National Front. AfD was only established in 2013 but has demonstrated increased support in recent polls at the expense of Merkel’s Christian Democratic Union party, and most recently performed reasonably well in state elections in Berlin. All the while, the specter of more serious problems for the German economy loom on the horizon, which will only serve to give AfD and other opposition forces more ammunition in their bid to shake up Germany’s political status quo.

Mythologizing Merkel into a crusader for those who think their principles are the correct, true liberal ones is a knee-jerk response to recent political victories won by those who feel the global economy and the political elites have let them down. The media is right about one thing: Merkel is alone. She didn’t see what German immoderation on austerity and refugees would mean for the rest of Europe, and she is now in the unenviable position of being an incumbent and a representative of the status quo.

Aside from the fundamental geopolitical questions that have always defined Germany’s foreign policy and with which she must now struggle, Merkel faces the added challenge of an electorate that is far more divided and aware of its German-ness than during her previous campaigns. Germany’s second president, Paul von Hindenburg, is Merkel’s best analogue, an example of another widely respected German leader who tried to hold the line against such forces between the first and second world wars, and his example is instructive. The forces of global illiberalism are not what Merkel can or will hold at bay – it is the repetition of Germany’s history she is dueling.