U.S. President-elect Donald Trump spoke on the telephone with the president of Taiwan. This caused deep upset because it was counter to an understanding in place since President Richard Nixon opened the door with China in 1972. This understanding included an American endorsement of the one-China policy, which held that Taiwan is part of China but would continue to behave as if it weren’t. The United States agreed not to have diplomatic relations with Taiwan and pretend it isn’t a close ally. The agreement was a fairly meaningless concession that allowed the Chinese to domestically claim they had forced the U.S. to capitulate on an important issue. This was important for China. By speaking with the Taiwanese president, Trump undermined that agreement. The Chinese responded by saying that President Trump will be judged differently than President-elect Trump, and they remained calm.

The context of this agreement should be recalled. When Nixon went to China, the Vietnam War was still being fought, and it had weakened U.S. military capabilities sufficiently that it was unclear if the U.S. could resist Soviet military action in Europe. The Chinese fought a major battle in 1969 with the Russians on the Ussuri River, along the Siberian-Chinese border. Sino-Soviet relations had plummeted in the 1960s, and China was worried about a Soviet attack, including a nuclear strike. 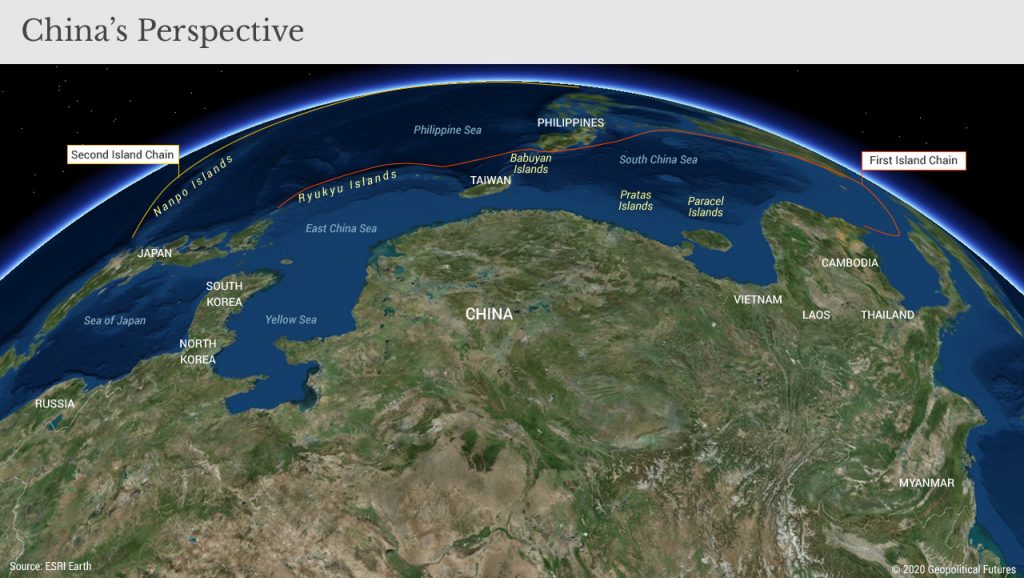 The Soviets seemed to be in a position to confront either China or the U.S. in Europe, but not both simultaneously. The U.S. needed to tie the Soviets down by posing a counterthreat of a notional strike against the Soviets in Europe and Asia, simultaneously. Soviet transportation did not allow for rapid force movement, and coercing the Soviets to divide those forces between two fronts dramatically reduced their ability to mass strategically overwhelming power. Coordination between the U.S. and China in the 1970s led to the Chinese permitting American intelligence listening posts in China to intercept Soviet trafficking.

This was the context in which the agreement on Taiwan was made. Two powers faced serious strategic problems. Geopolitics trumped ideology, as it often does, and the two powers reached an understanding that achieved vital strategic goals for both. The Chinese asked for something incredibly trivial in this context. They asked the U.S. to acknowledge that there is only one China, while China agreed not to invade Taiwan. Given the stakes, the U.S. readily agreed to such a fantasy. Taiwan was very much independent of China and a close ally of the U.S. China was too weak to invade Taiwan. But China needed domestic political cover, and its ability to claim an American capitulation on the Taiwan issue was important. The U.S. didn’t want to expose the Chinese politically, so if this was what they needed, Nixon would capitulate. He knew there would be posturing in the U.S. Congress, but he could weather it. The U.S. closed its embassy in Taiwan and reopened it as the American Institute in Taiwan, a nongovernmental organization that happened to be manned by U.S. diplomats. Travel, trade, investment and arms sales continued as if nothing had happened, since in fact, nothing had.

Much time has passed since that deal, and a few things have happened. The Soviet Union collapsed. The Vietnam War ended. Vietnam is the U.S.’ partner and is hostile to China. Chairman Mao is dead, and China has surged economically as the last generation’s low-wage, high-growth economy. The U.S. is obsessed with the Islamic world. The foundations of the agreement on Taiwan have evaporated, but the reality is the same. Taiwan is an independent country despite what anyone – including Taiwan – says, and it is a close U.S. ally.

In addition, Chinese exports have undercut American industry, as the movement of the U.S. industrial sector to China, among many other countries, has created an economic and social crisis in the U.S. Trump won the election because of that social crisis, and one of his major commitments was to restructure the U.S.-China relationship.

Hence the phone call. By making the call Trump signaled to China that he is prepared to act unilaterally if the Chinese are not prepared to renegotiate the relationship, and everything is on the table. Trump selected a high-visibility, low-content issue – Taiwan – to demonstrate his indifference to prior understandings. Critics say Trump attacked the foundations of U.S.-Chinese relations. It’s true in a way, but Trump had pledged to change the foundations of that relationship. 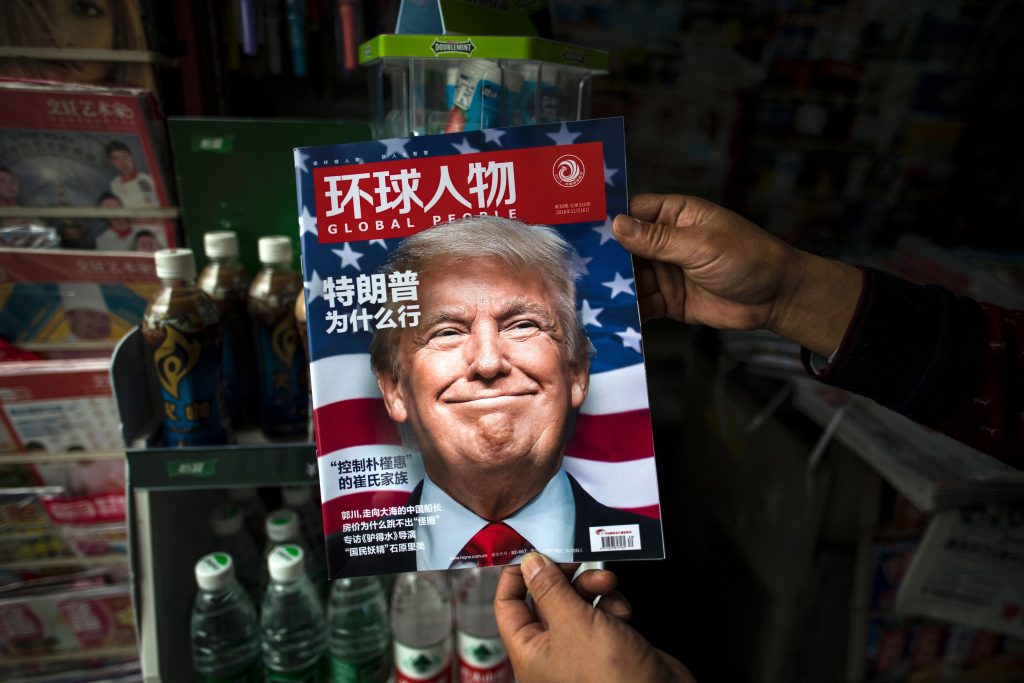 Chinese magazine Global People features a cover story that translates to “Why did Trump win” at a newsstand in Shanghai, on Nov. 14, 2016. JOHANNES EISELE/AFP/Getty Images

Whatever Trump’s reasons for moving on the Taiwan issue in this way matters little. His move in the context of U.S. imperatives regarding China and his campaign pledges could alter the U.S.-Chinese relationship established during the Nixon administration. It is important to note the common tendency to assume that observers are smarter than the political leaders whose behavior they are analyzing. This attitude prevents one from realizing that Trump is completely clear on what he is doing and what it means. While the rest of society enjoys belittling political leaders as a sport, becoming president of the United States is an enormous struggle that the brightest professor cannot navigate. There is no reason to assume Trump didn’t know what he was doing and simply acted out of malice.

China’s ability to counter is limited. It has money in American banks, and if the Chinese want to redeposit that money in European banks, it’s their risk to take. Their military capabilities remain limited. Their navy remains no match for the U.S. Navy, and they can’t afford a war whose outcome they can’t predict. The U.S. is 25 percent of the world’s economy. China can’t walk away from the U.S. without enormous pain. The U.S. can’t afford to leave the relationship unchanged, and China may not be able to stonewall Trump as they did with other presidents.

Taiwan is no more important in 2016 than it was in 1972. Accepting the one-China policy never shifted the fundamental reality of Taiwan-U.S. relations, but it gave cover for the Chinese in a strategic context that has long ago disappeared. This puts China in a very difficult situation. China desperately needs access to American markets to avoid slipping deeper into economic stagnation. It understands that trade relations with the U.S. are a core strategic interest. At the same time, President Xi Jinping needs to appear as a strong and intimidating force in the world to bolster his position in China.

Trump signaled to China that he can take away what Nixon gave them. By doing what Nixon did – using volatility and unpredictability to intimidate – Trump set the stage for a negotiation that China can’t refuse. China must have access to American markets even if the terms become less favorable. Previous presidents were prepared to posture but did nothing substantial about China. With a single phone call, Trump did what he seems to do best – baffle and unnerve a negotiating partner. Is he crafty or is he crazy? Trump has shifted the issue from what China is willing to do, to how far Trump is prepared to go.

The Geopolitics of Hungary