It has been a week since the Permanent Court of Arbitration (PCA) based in The Hague ruled that China’s claims in the South China sea are “without lawful effect.” In the interim, China has continued to loudly denounce the ruling to anyone who will listen. Just yesterday, the commander of the People’s Liberation Army insisted after meeting U.S. Chief of Naval Operations Adm. John Richardson that China would never give up its sovereignty claims in the area. Chinese nationalist protests targeted, of all places, Kentucky Fried Chicken (KFC) outlets in China. Apparently, KFC is just as much a symbol of the United States as its embassy in Beijing (where more protests were held over the weekend). 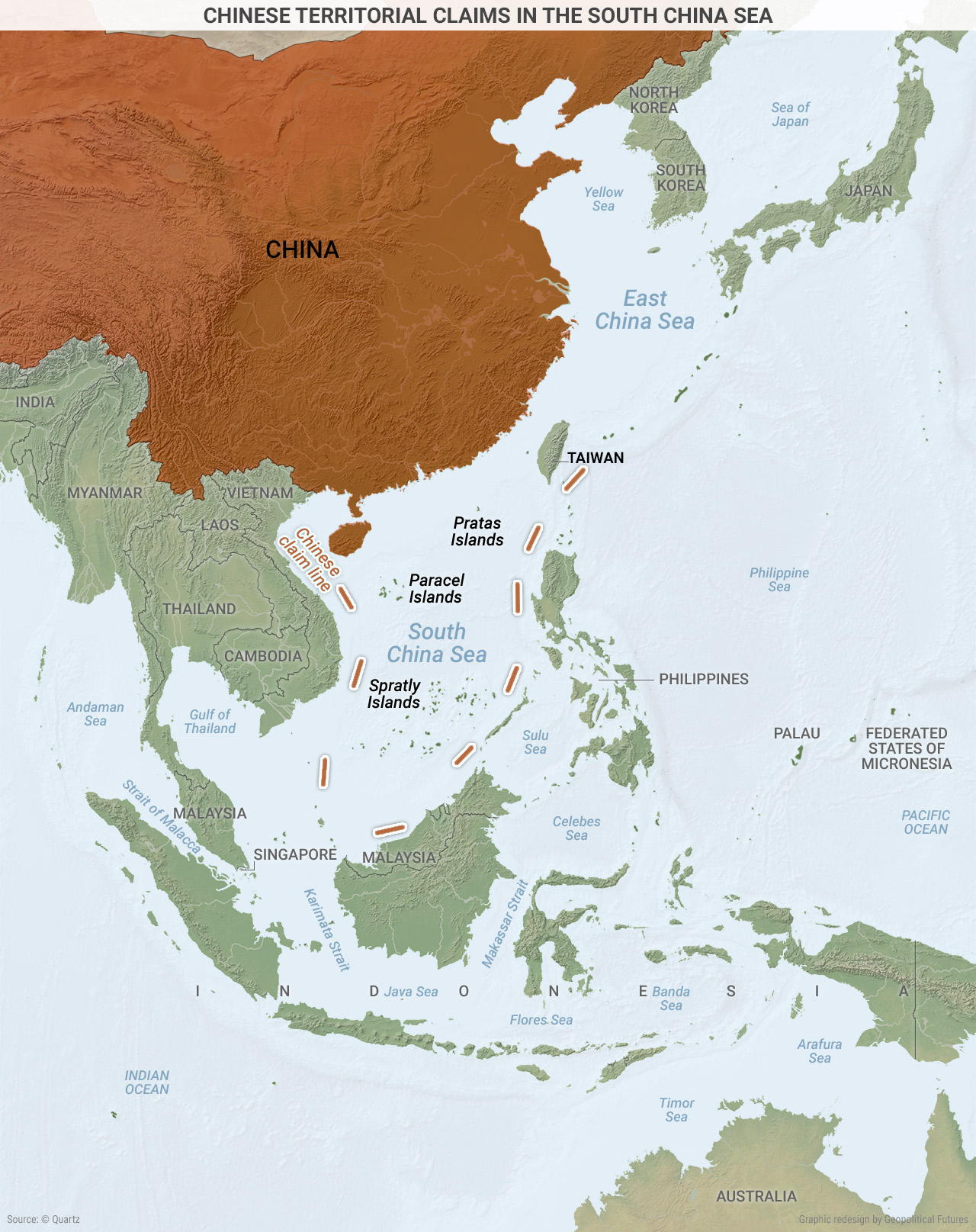 China was also in the news yesterday as the European Commission (EC) discussed whether China should be granted market economy status by the World Trade Organization (WTO) at the end of the year. The EC ultimately punted on the question, essentially saying that whatever label China ends up with will be unimportant, as the EU will ensure that it is protected from intentionally cheap Chinese exports supported by Chinese state controls.

Both of these issues are important, but not for the reasons that are often given. The important part of the first story is not that China is upset about the PCA ruling and is continuing its policy of saber rattling in the South China Sea. Rather, it is important because, in response to demonstrations against the PCA decision, China has clamped down on protests since the ruling. The latter story about China’s economic status at the WTO is important not because countries like the U.S. and India may recognize China as a market economy but rather because Beijing is having trouble implementing its national priorities for the steel industry.

Let’s examine the court ruling first. On the day the PCA handed down its ruling, Peking University (one of China’s top universities) sent out a notice that clearly stated that there were to be “no assemblies or demonstrations, and no participation in potential demonstrations outside of campus” by anyone associated with the faculty or the students. A China Daily op-ed on Tuesday said that personal acts of protest were understandable, but that protests such as those held outside the KFC restaurants should result in the police restoring order. A Xinhua News Agency editorial made similar conclusions; smashing iPhones and protesting at a KFC were characterized as “not the right way[s] to express patriotism.” Weiboscope, a service based out of the University of Hong Kong that monitors Chinese social media, has noted that “South China Sea” and “KFC” were among the most censored phrases on Chinese social media in the last few days.

The nationalist or patriotic reaction should not be a surprise. The Chinese education system is like any other education system in the sense that it teaches its young students about the geography of China and the importance of sovereignty. The various islands and shoals that are being argued over are, to many Chinese citizens, simply part of China. Most American schoolchildren are taught that the United States extends from “California to the New York island, from the Redwood Forest to the Gulf Stream Waters.” Imagine if a little-known international court of arbitration ruled that some part of the U.S. actually belonged to Mexico. I don’t think the protests would stop at the local Mexican restaurant. After all, the U.S. Congress once served “freedom fries” in its cafeterias.

The difference is that the U.S. does not face a strong enough challenger that would present a significant territorial threat and the U.S. political system is not being propped up by the government telling its people how strong and mighty the American military is. China likes to make noise about fighting the U.S., but it isn’t ready for a fight in the South China Sea and won’t be ready anytime soon. President Xi Jinping has arguably pushed nationalist sentiments more than his predecessors. The notion of China as a strong, unified country capable of protecting its sovereignty is one of the Communist Party’s core claims to legitimacy and, as the economy has struggled, this anchor has become all the more important. He uses nationalism, but also knows he’s playing with a double-edged sword that could be used against the Communist Party. It is China’s weakness that defines the way it behaves in the South China Sea.

There is a similar gap between appearances and realities when it comes to the question of China’s status at the WTO. China admits that it has a large surplus of steel that it needs to get rid of and steel importers, including the EU and the U.S., feel that China is undercutting market prices, doing significant damage to domestic steel industries. Other exports are also controversial, but steel is emblematic. Earlier this year, the U.S. imposed high punitive tariffs on Chinese steel in May and the president of the European Commission Jean-Claude Juncker said in June that the issue of China’s steel overcapacity and its status as a market economy were clearly linked.

China wants to achieve market economy status with the WTO. It would make China less susceptible to antidumping investigations at the WTO and that is not insignificant. A third of all WTO antidumping investigations since 2011 have been targeted at China according to a report by the Transnational Economic Law Research Center. It might also open up new avenues of investment into China, as China tries to attract as much foreign investment as it can. On Tuesday, the Chinese government eased investment rules on four free trade zones in the country to attract investment.

China has been trying to solve the steel issue. It has said it will cut steel production in the next five years by more than the total amount of steel the U.S. produces in one year. Since January, the government has made reform of the steel and coal sectors a top priority. On Feb. 29, a Chinese minister said publicly that 1.8 million jobs would be eliminated in the coal and steel industries, while anonymous sources told Reuters the number would be around 6 million. The government has also tried to restrict access to credit for struggling steel companies plagued by excess capacity.

But in regions like Shanxi, Hebei and Henan, province officials have pushed for local banks to continue supplying funding and even the China Banking Regulatory Commission has softened its stance on lending to some of these overcapacity companies. The government in Beijing has a sense of the types of economic reforms that the country needs as a whole and it knows that those reforms would help make its case for market economy status. But those reforms involve either the loss of many jobs or an endless supply of credit; the former puts pressure on the Communist Party and we are already seeing signs of the latter, as non-performing loans creep upwards. As is often the case, the theory is much harder to apply in practice.

China appears bellicose in the South China Sea and opportunistic in terms of its steel exports. It is routinely criticized by most of the international community for both. In reality, China is too weak right now to back up its tough talk on the South China and is struggling to reform the steel industry, as well as other industries, in such a way that won’t result in massive unemployment. KFC and the WTO aren’t what’s important. Censoring nationalism and the catch-22s of massive internal economic restructuring are.