When the Bolsheviks took power, their intention was to create the dictatorship of the proletariat. They took control of government buildings in St. Petersburg, and the trains and telegraph system that tied the country together. They also formed an army to fight a civil war against a counterinsurgency of monarchists who intended to destroy the Bolsheviks. British and American troops supported these Russians.

Marxist revolutionary Leon Trotsky was given the task of forming the Red Army, and he didn’t have much time given what was arrayed against him. One problem was that he had never served in an army, let alone commanded one. Vladimir Lenin, who led the revolution, appointed Trotsky primarily because Lenin trusted him, not because Trotsky had experience building an army, although he had read several books on the subject. Lenin trusted Trotsky would not betray him. In a revolution, the hardest thing to know is who will betray you and who will not. Anyone could be an opportunist, an agent of the enemy or a turncoat. During revolutions, competence is a luxury. 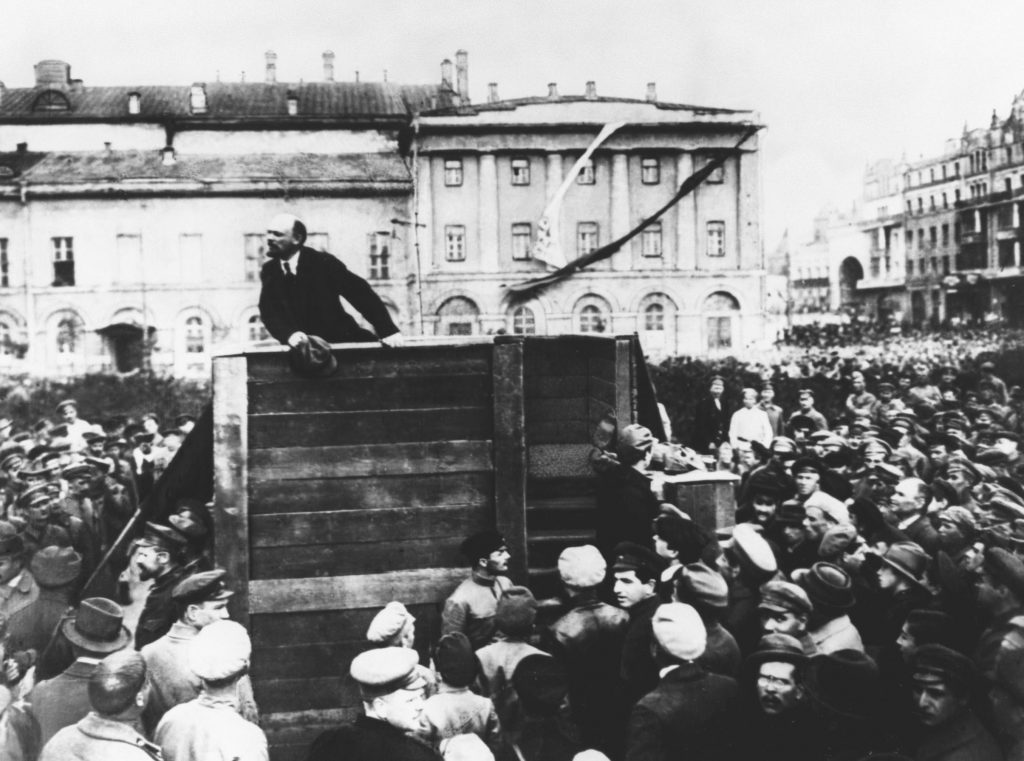 Vladimir Lenin addresses the Red Army on May 5, 1920 in Moscow. In the original picture, Leon Trotsky and Lev Kamenev stood on the left of the platform. They were later removed from the image. AFP/Getty Images

Lenin understood his dilemma, and one of his first acts was to create the state security apparatus – the Cheka – led by former patrician Felix Dzerzhinski. The Cheka was heir to the Czarist Okhrana and the father of today’s Federal Security Service. As an intelligence agency, the Cheka’s initial task was to spy on the members of the apparatus Lenin was building and eliminate those who might betray the revolution.

What drove Lenin was this: He wanted to liquidate the old regime – a very antiseptic term for killing those who comprised it. The problem was that if he killed them he would have few experts who knew how to run trains or command an army. The Bolshevik leadership was composed of intellectuals who wrote impressive books on what would happen, come the revolution, and who made speeches on the subject but didn’t actually know how to do anything. Once the revolution ends, knowing how to make stirring speeches to Moscow’s workers is less important than making things work.

Lenin had no choice but to use the same people who made the old regime’s mechanisms work – not all of them, but enough to get it off the ground. He figured he would protect the revolution through the Cheka and drive loyalty through terror – not that some Czarist officers or trainmen weren’t prepared to support the revolution. The problem was determining who was sincere and who wasn’t. Terror helped, but not with another problem he had. How could someone who had no idea how to drill for oil recognize someone who did? The revolution succeeded, but in the end it was bogged down by the dizzying choice between loyalty and competence.

U.S. President-elect Donald Trump is not Lenin and should not be compared to him in any way. But in a very real sense he has launched a revolution, made the speeches and inspired the masses. Trump won. He promised to drain the swamp, which isn’t a bad idea. But to drain the swamp he must have people who understand how the swamp works, a prerequisite for draining it. Trump is not Lenin, but now Trump has Lenin’s problem.

In order to carry out his program, Trump must have people who are both loyal and knowledgeable about various subjects, such as Chinese affairs, medical insurance and 10,000 other fields. The federal government is vast and inefficient, not so much because of the people there, but because of its size. So much authority makes it virtually impossible to get things together. The federal government also is essential to society at the moment, because if Social Security checks don’t arrive there will be chaos. Trump cannot simply dispense with what the government does any more than Lenin could. He must purge the system without crashing it.

Very few people who haven’t worked in a federal department know its levers and processes. Indeed, the vast majority still work there. Given Trump’s condemnation of government programs, I would guess most federal government employees voted against him and don’t wish for him to succeed at his task. Yet, while many professors have studied the government’s myriad departments and programs, few actually know how they operate. Those few are not enough, even if they agree to do the work.

This is the problem that Trump now faces. He can’t simply appoint a director of an agency or a secretary of a department. Such people normally don’t do much, and when they do, they develop policies that thousands beneath them carry out. Truth be known, many secretaries and directors never tried to run their organizations. They allowed the organizations to move along as usual, and they were happy to have a title.

But this is not what Trump wants. He promised fundamental changes in how the government works, so he needs people who can make it happen. For that, he needs experts. He needs to be able to recognize the difference between experts and fakers, and to figure out who is loyal to his plan and who will sabotage it. (Sabotaging a policy one disagrees with is a specialty of civil servants in all countries.) 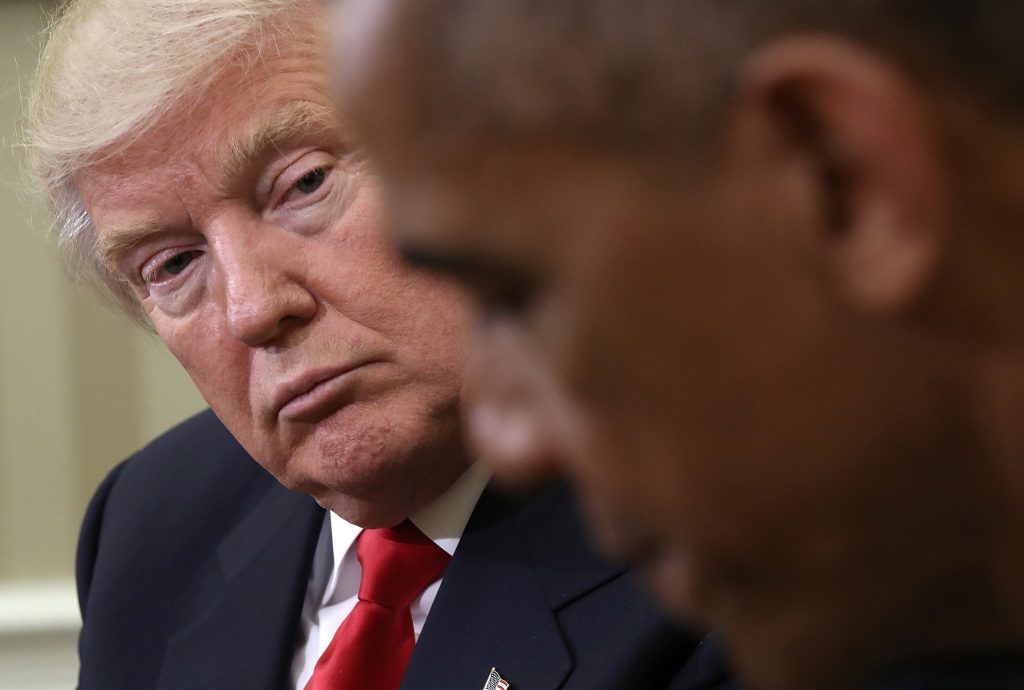 There is no expectation that Trump alone will recognize this expertise. No president can. But he must gather around him a group of people to select those at the top who are both competent and loyal to his vision. The people controlling the Department of Defense and CIA must be able to flesh out Trump’s vision of disengagement and shift the department’s focus as the president wishes.

In past transitions this was not difficult. The difference in viewpoints between presidents George H.W. Bush and Bill Clinton, between Clinton and George W. Bush, and between George W. Bush and Barack Obama was not all that fundamental. They disagreed on some things, but no one came into office expecting a massive redefinition and reorientation of government. Even Obama, who made speeches on how different he would be, turned out to be not so different. Or he was dragged under by the experts.

If Trump is serious about what he said, then this is the moment that will determine whether he succeeds or not. His advisers must be able to identify top-level people who know how Washington works and oversee them as they pick the next two levels down, to make sure those people – who really make things happen – are competent and loyal. The problem, of course, is that all of those people have worked in Washington for years and likely see Trump as a mad interloper. They will do whatever they can to sabotage him. Given the mass of people who will do the same, it will not be difficult.

One solution is to flood Washington with a new class of experts. But while there are many writers and commentators like me, people who actually do things are hard to find. No shadow government is available. Nor can you terrify the people who are there. They understand civil service regulations and know they will remain long after Trump is gone.

This is not just a problem for Trump; it also is a problem for former presidential candidate Bernie Sanders or anyone else who advocates radical change. But it is not a problem that some conspiracy has created. It is the extremely complex nature of governing in the United States. Governing demands expertise, and therefore it is difficult to destroy unless you are prepared for consequences like those faced by Lenin.

The point to focus on is this: In October 1917, the people Lenin selected to serve near him determined the future of the Soviet Union. On the whole, it was pretty wretched, but wretched preferred loyalty and fear over expertise, and Lenin pretty well got what he wanted. It is possible to break the gridlock in Washington. Presidents Franklin Delano Roosevelt and Ronald Reagan both did it – not by draining the swamp, but by surrounding themselves with people like Harry Hopkins and James Baker, who knew exactly what they needed to do and could honestly state what could not be done.

The U.S. was born out of the most conservative revolution in history. The regime was designed to moderate ambitions by blocking them. Trump can achieve some of what he wants, while other issues will be left to Washington. But he can achieve those things only if those around him know where the bodies are buried and who buried them; in other words, Trump understands the knife fights in Washington. Having knife fights among his advisers is not a great start.