Things have not been dull since President Donald Trump took office almost three weeks ago, but something that has been little noticed is the increasing traditionalism of some parts of his foreign policy. Certainly, his order to suspend visas for citizens of seven Muslim-majority countries was explosive, but in point of fact, whether people from Yemen can come to the United States is not a central issue in U.S. foreign policy.

What is central is the future of U.S. relations with NATO. Before the election, Trump gave clear indications that he was unhappy with NATO’s structure, performance and relevance to American strategic needs. On Feb. 7, Trump declared his commitment to NATO without any mention of alternatives. 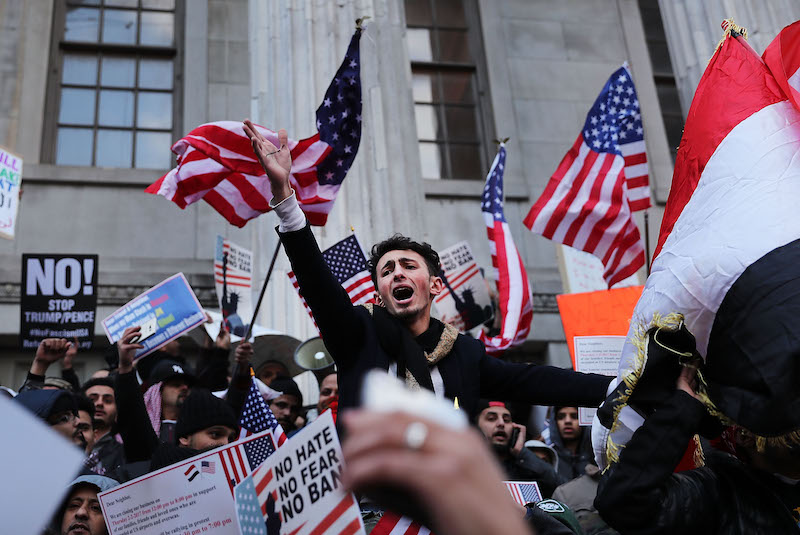 Similarly, during the election, Trump suggested a massive revision of relations with Russia, arguing that he would welcome warmer ties. His position now is that the sanctions on Russia should remain in place, and he has given no indication that the reconciliation he spoke of during the election is going to happen. He spoke to and expressed his support for the Ukrainian president, something not designed to please the Russians.

China was going to be Trump’s first target. Thus far, little has happened but rhetoric, and even that has died down. There have been some recent exchanges over the South and East China seas. But such rhetoric was common during former President Barack Obama’s administration and represents continuity more than a radical shift.

Granted, we are only three weeks into his administration, but three weeks under Trump is not like that of other administrations. Trump moves by a different clock than the others. And the fact is he has moved. But his movement here has tended to shift away from discontinuity to, at least thus far, maintenance of the status quo. Even on Iran, which fired a ballistic missile to test him, his response has been relatively mild, consisting of some sanctions and a review of U.S.-Iranian relations. In most administrations, a review of relations tended to mean that the U.S. was highly annoyed and would think of things to do about it, but would not actually do them.

There is, therefore, a deepening question about Trump’s foreign policy – if anything can be said to be deepening after three weeks. The question is whether it is actually his intention to downgrade NATO, shift relations with Russia, confront China and take significant action against Iran. Certainly, the president chose to be hostile to Australia in a conversation with the Australian prime minister, but it is hard to see any policy shift. Hostile phones calls and threatening tweets do not a foreign policy make, so the strange call to the Australian prime minister probably doesn’t indicate policy change.

There are three possible explanations for what is going on. One is that most of the foreign policy talk was campaign rhetoric. Much of what Obama or former President George W. Bush said they would do never actually happened. Perhaps Trump is the same. He made campaign promises that he may or may not intend to keep, but reality and political events make them impossible.

A second explanation is that his senior national security staff – Secretary of State Rex Tillerson, Defense Secretary Gen. James Mattis and National Security Adviser Michael Flynn – are shaping the foreign policy. To put it bluntly, the president, like other presidents, knows that his re-election and popularity depend on domestic politics (and immigration is a domestic issue in this context). Therefore, he will focus his time and political capital on politically important issues, letting foreign policy be handled at the secondary level. If that’s the case, Mattis and Tillerson will approach these issues with a tempo and sequence that is more conventional than Trump’s. That does not mean that they will not shift U.S. policy. It just means that it will take much longer.

A third explanation could be that Trump has recognized the complexity of these issues and the possible consequences of miscalculation. In the same way that Obama did not spend political capital on his promise to close Guantanamo or pull all troops out of Iraq or Afghanistan, so too Trump may have realized that some of the things he promised to do cannot be done. Others can, but only with meticulous care and thought.

I do not know the president or the dynamic between the key members of his foreign policy team, and therefore, I cannot tell whether this is a change between campaign rhetoric and presidential decision-making or just a delay of a few weeks. What I can say is that these were some of the issues on which he was most assertive during the campaign, and thus far, he has not made them a priority. Things like ordering a new strategy for fighting the Islamic State is not a change of policy. Obama was committed to that. It may be a change of strategy, but if it is, Mattis’ program to rebuild the military will have to be put in place before this strategy starts yielding results.

We are all looking for hints of Trump’s intention on many things. I don’t know what this portends for the future, but for the moment, his approach has been interestingly conventional. All the uproar has had little to do with the fundamentals of foreign policy.