Last week, President Donald Trump temporarily blocked both “immigrants and nonimmigrants” from seven predominantly Muslim countries from entering the United States. From the beginning of his presidential campaign he has spoken at various times and in a variety of ways of taking a step like this. Having done it, the action created uproar in part because it was done without adequate preparation, and in larger part, because it was done at all. The mutual recriminations over this particular act are of little consequence. What is important is to try to understand why the immigration issue is so sensitive. The uproar over Trump’s action is merely one of many to come, which also will be of little consequence. 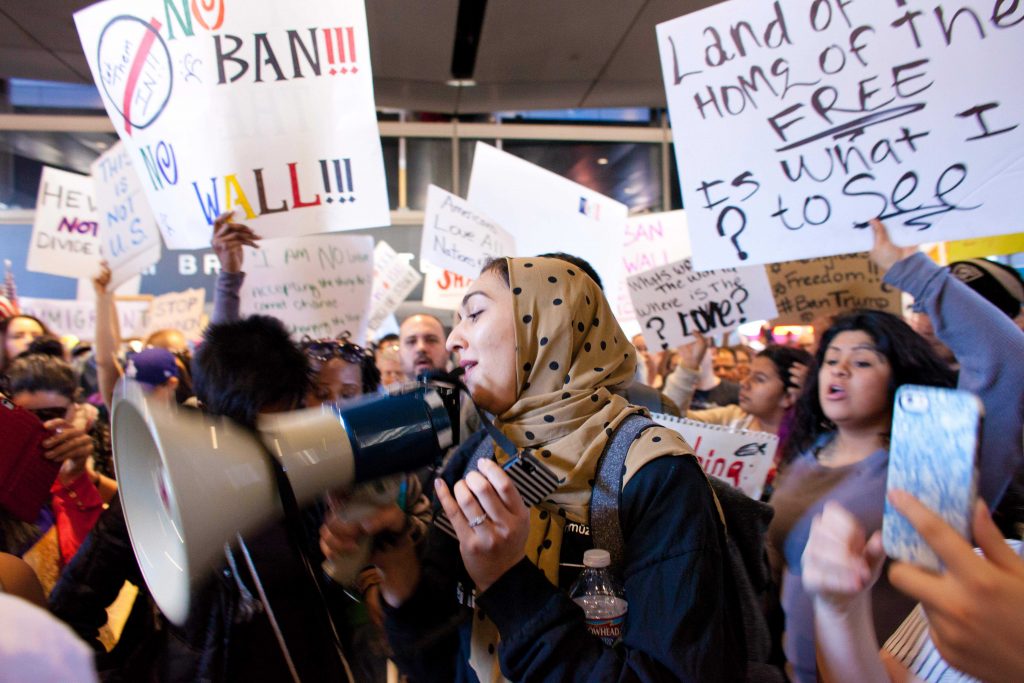 Indian migration to the U.S. has been one of the most successful in American history in that it has been among the least disruptive, has generated minimal hostility and has been extraordinarily successful economically. Today, Indian-Americans are the wealthiest single ethnic group in the United States. They are hardly invisible, as they are present in all professions and as corporate executives.

Chinese and East Asian immigration is more complex. Chinese immigrants began coming to the U.S. in the mid-19th century. They came as laborers supplied by Chinese contractors and were crucial in building American railroads alongside – and in competition with – Irish immigrants. The Chinese were exploited and brutalized and didn’t get citizenship. But after the 1970s, their story matched the Indians’ – the Chinese were not quite as wealthy, but they did well.

If there was a strain of intense, anti-immigrant or racist sentiment in the United States, it would be directed against Indians and Chinese just as much as Muslims and Mexicans. There would also be a persistent strain from previous Irish immigration in the 19th century, and of Italians, Jews and other Eastern and Southern Europeans who flooded into the United States between 1880 and 1920. To the extent that racism exists against any of these groups, the anti-immigration fervor is marginal; century-old immigrant cohorts have become mainstream. They are not the ones marginalized – their detractors are.

It is the example of the Chinese and the Indians that blows up the theory that Americans have an overarching anti-immigrant sensibility that Trump is tapping into. It also raises serious doubts that Trump is anti-immigrant. I have searched and may have missed it, but I didn’t find that Trump made anti-Chinese or anti-Indian statements, as opposed to anti-Muslim and anti-Mexican statements. If it were classic anti-immigrant sentiment, the rage would be against Indian immigrants who have emerged as a powerful and wealthy ethnic group in a startlingly short time. But there is minimally detectable hostility toward them, which means that the immigration situation in the United States is far more complex than it seems.

The issue is not whether Trump and his followers are generally anti-immigrant. The question is why they are so hostile toward Muslims, who roughly total the same number as the Chinese and Indians, and to Mexicans, who vastly outnumber these groups. I wish the explanation were more complex, but it is actually quite simple in both cases.

The United States has been at war with Muslim groups since Sept. 11, 2001. When the U.S. has gone to war with foreign powers, there has been a surge of hostility toward immigrants from that foreign power’s country. During World War I, German immigrants in the United States who still spoke German came under suspicion and were pressured to adopt English. During World War II, Germans who had maintained close and cordial ties to Germany prior to the war were harassed, and in some cases, arrested under suspicion of espionage and subversion. Japanese citizens of the United States were arrested and sent to detention camps out of fear that they might be conducting espionage or sabotage for the Japanese. During the Cold War, post-war émigrés from Soviet satellite nations were distrusted by the FBI, which feared they were sent by the Soviets as spies and saboteurs.

When there is war, there is suspicion of the enemy. When there is suspicion of the enemy, there is fear that émigrés might be in the United States on false pretenses. Historically, émigrés have been caught in the middle to some extent because their loyalty is questioned. In war, there is rage as the casualties mount, particularly if sabotage and terrorism are carried out in the homeland. This is hardly new or difficult to understand. If those of us old enough to recall the terror after 9/11 will do so, we can remember the fear and uncertainty not only about what comes next, but also whether the next terror team already was present in the United States. After 15 years of war and many Americans dead, this has congealed into a framework of distrust that may well go beyond the rational. The detention of the entire Japanese community was not rational. Nor was it something that cannot be understood. It is hard to calibrate what you ought to be afraid of in war, but you know that something dreadful might happen. Are all Muslims warriors against the United States? No. Do you know who is or isn’t? Also no. Wars, therefore, create fears. There is nothing new in the American fear of Muslims in the context of war.

The Mexican situation is different. There was a war, but it was long ago, and fear of war is not the driving issue. Rather, the driving issue is illegal Mexican immigration. There is a great deal of homage paid to the rule of law. Congress passed a law specifying the mechanics of legal migration. Some 5 million Mexicans broke the law. Whether this has harmed the U.S. economy or not, the indifference to enforcing the law by people who are normally most insistent on the rule of law has created a sense of hypocrisy. At the same time that the middle and lower-middle classes feel as though their interests are being ignored, the presentation of illegal aliens as “undocumented immigrants” reveals a linguistic maneuver. The “illegals” are transformed into the merely “undocumented,” implying a minor bureaucratic foul-up.

The anger is not only directed at the Mexicans. It is part of the rage against those living in the bubble, who present themselves as humanitarians, but who will encounter the illegal aliens, if at all, as their servants. And rightly or wrongly, some suspect that open support for breaking the law is designed to bring cheap labor to support the lifestyles of the wealthy at the expense of the declining middle class. The fact that the well-to-do tend to be defenders of illegal aliens while also demanding the rule of law increases suspicions.

There is a somewhat deeper layer. As long as illegal immigration is permitted, the foundations of American culture are at risk. It is not simply immigration, but the illegality that is frightening, because it not only can’t be controlled, but also the law is under attack by those who claim to uphold it. The fear that a person’s livelihood is being undermined and his cultural foundation is being overwhelmed creates deep fear of the intentions of the more powerful.

The issue appears to have little to do with NAFTA and other economic concerns. The U.S. and China have equally intense economic issues, but there is minimal tension over Chinese immigration. The economic and immigration issues seem only tenuously connected.

It is rare that an issue of such emotional impact as Muslims during a war with Muslims, or immigration in violation of the law, would not cause tension. As we saw with President Franklin D. Roosevelt and the Japanese, things that are obvious to those living decades later are not obvious at the time. Indeed, it is a failure of imagination to be unable to empathize with the fear felt after Pearl Harbor. In our time, the failure to empathize comes from those who feel immune to illegal immigration or the 15-year war. It is part of the growing fragmentation of American society that different classes and regions should experience these things so differently, and that each side has so little understanding of the other.

It is the president’s job to bridge the gap. But regardless of his wishes, the president is trapped by the upwelling of feeling on questions of immigration by Muslims at a time of war, or the refusal of government at all levels to enforce the law. But what is not true is that this represents a generalized hostility to immigrants or even racism. If it did, the Indian and the Chinese immigration in recent generations would have encountered a very different greeting. This issue is about two groups. The response may well be extreme and clumsy. But after many years of ignoring the anxiety that both issues generated, or dismissing it as racism, it inevitably ratchets out of control. In fact, neither issue is mysterious, unprecedented or subject to cautious management, given the passions on all sides.

The Tribal Roots of the Caliphate System

The Illusion of a Russia-China Alliance