U.S. Secretary of Defense Gen. James Mattis said in a Feb. 4 press conference in Japan that the Treaty of Mutual Cooperation and Security between the United States and Japan applies to the Senkaku Islands, which China claims as its sovereign territory. China’s foreign minister fired back the same day saying that the islands, which Beijing calls the Diaoyu Islands, had been Chinese territory since time immemorial and that the U.S. should be more responsible and not encourage such instability in the region. On Feb. 6, three Chinese coast guard vessels entered Japanese waters around the islands, pleasure-cruised for about two hours, and then unceremoniously left, according to the Japanese coast guard.

These are relatively common events. The Barack Obama administration also publicly declared that the Senkakus were part of Japan and that the U.S. would defend them against any foreign attack. China often expressed its displeasure with this position. Chinese vessels, mostly from the coast guard but occasionally warships from the People’s Liberation Army Navy, have been showing up regularly in Japanese territorial waters since September 2012. There is, however, a new variable. A new administration has taken office in the United States, and that administration has promised a much tougher line on China’s activity in the East and South China seas. The question is whether that changes anything. The answer is: so far, not really. 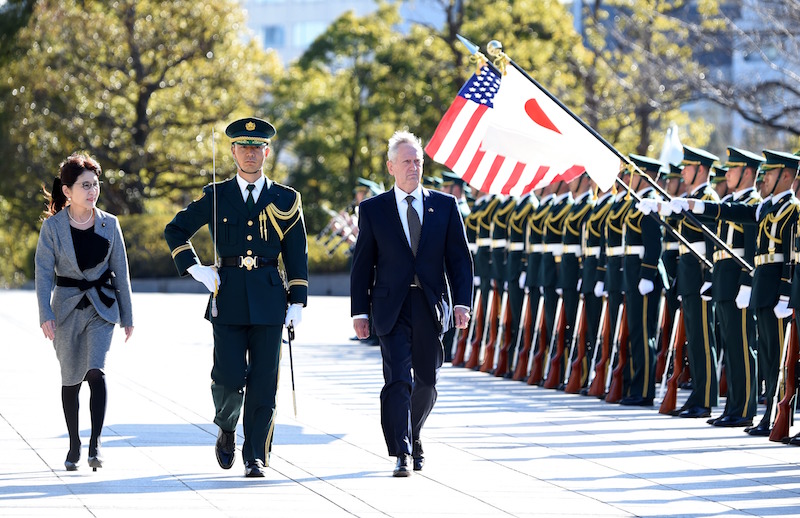 Japan and China have always had conflicting territorial claims, but they have only been squabbling over these islands in earnest since September 2012 when the Japanese government purchased three of the islands from a private owner. China took offense to this. The Japanese purchase set off protests in China, and ever since, various Chinese ships have made a point of routinely entering Japan’s waters. This is a delicate maneuver. On the one hand, China wants the world to see how strong it is and that these waters should be considered Chinese. On the other hand, China does not want a naval engagement with Japan and, by extension, the United States. Traipsing into enemy waters without firing a shot or committing any hostile action is the only way to achieve both objectives. 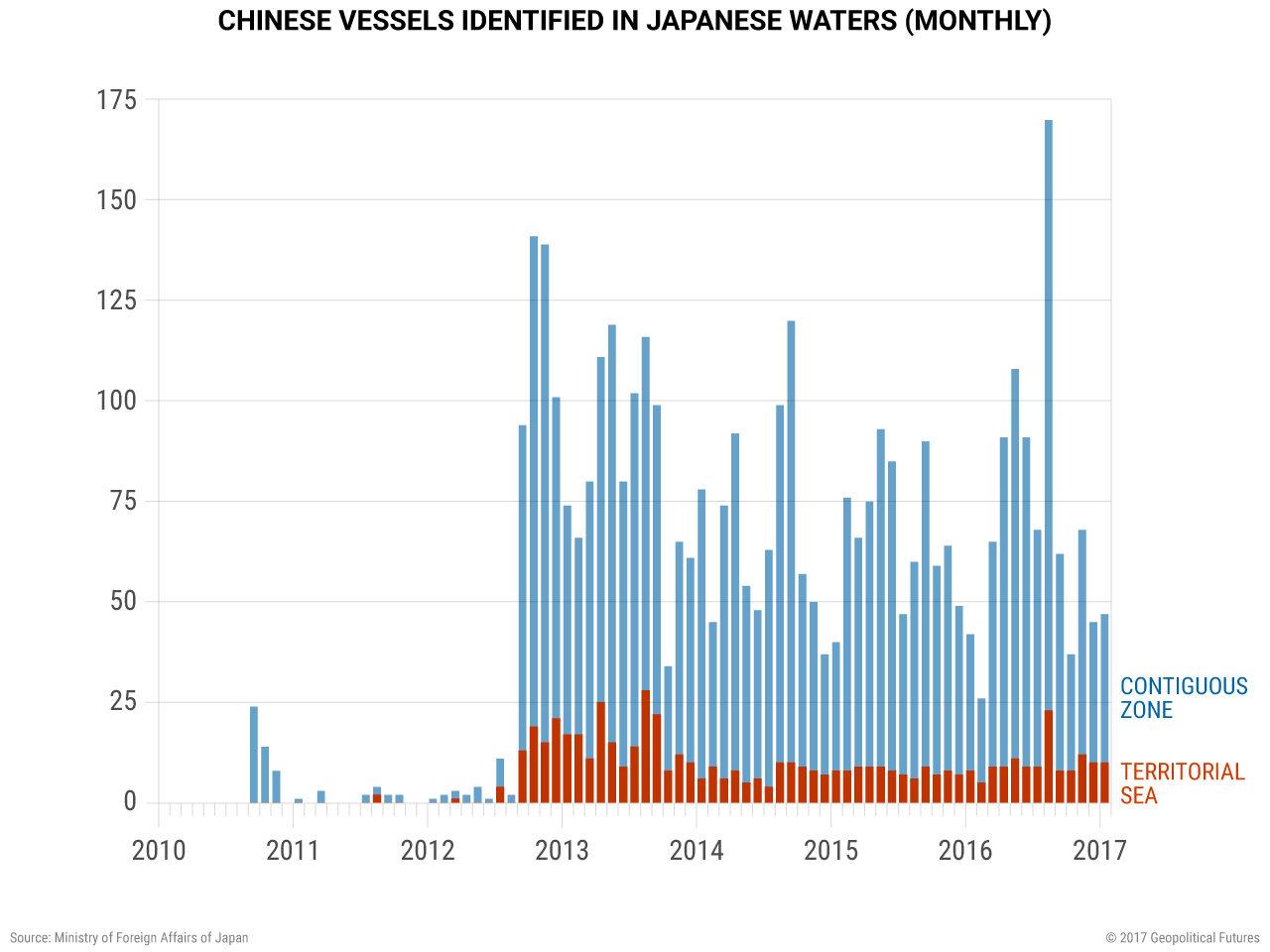 The purpose of Mattis’ visit to Japan and South Korea late last week was to reassure two of the U.S.’ most important allies in the Pacific that U.S. security guarantees remain as firm as ever. Its primary function was not to intimidate China, though that was an added benefit. Much of the attention resulting from the visit has focused on Mattis’ statement, but what Mattis said isn’t as important as what he didn’t say. Mattis did not draw a “red line” on Chinese activity in the East China Sea. Obama boxed himself into a corner in 2012 when he identified the use of chemical weapons as a red line for U.S. involvement in Syria. Mattis did not make a similar mistake on this trip. Mattis essentially said that previous U.S. policy is current U.S. policy.

China’s most recent actions in the East China Sea are not a test of U.S. intention. They are part of the current pattern of Chinese-Japanese relations. China knows that neither Japan nor the United States will attack its ships when they enter these disputed waters. If China thought that Japan or the U.S. would attack its ships, China would have two choices. It could either fight back, which would not end well for the Chinese, or retreat, which would be an embarrassment that the government in Beijing could not afford in the current domestic political climate. Neither is an acceptable option for Beijing, so China would only go into Japanese waters if it was confident the Japanese and U.S. would not retaliate.

Thus far in the Trump administration, the only difference in the U.S.’ treatment of China has been its tone. Trump has made a point of singling out Chinese trade policies as hurting the American worker. Obama may not have been as strident, but he did use his executive power to institute tariffs on some Chinese goods that were harming American workers. Under Obama, the U.S. also raised various anti-dumping duties on Chinese imports, especially steel. Mattis and Secretary of State Rex Tillerson have identified Chinese moves in the South China Sea as challenging the U.S.-led global order; it is possible to find similar sentiments from U.S. officials under the Obama administration.

Under previous U.S. presidents, China was treated, if not as an equal, then as a respectable peer whose idiosyncrasies should be tiptoed around. The new administration’s approach is to stop tiptoeing and be more direct about its opposition to certain Chinese moves. Thus far, the difference has been mostly in style, and not content. The U.S. does not want armed conflict in the South or East China seas any more than China does. And though the U.S. holds the upper hand in terms of comparative trade advantage, it does not want a trade war with China. Any serious economic conflict with China could have disastrous short-term effects for American consumers. The new administration has a limited amount of time to show Trump’s base that he can deliver on his promises and increase his very low support domestically.

The U.S. technically has the capability to change China’s behavior. If the U.S. wants to make sure Japanese-administered islands are safe from Chinese patrols, it could move the 7th fleet to the Senkakus and warn China that any approaching vessel will be fired at. If the U.S. wants to stop the militarization of the South China Sea, it could position ships at key choke points in the region and turn back any vessels that hold military-related cargo. That is the measure of real change in U.S. policy in the Pacific. The “new” U.S. promise to uphold security of the Senkakus based on treaty obligations is actually just maintaining the status quo.