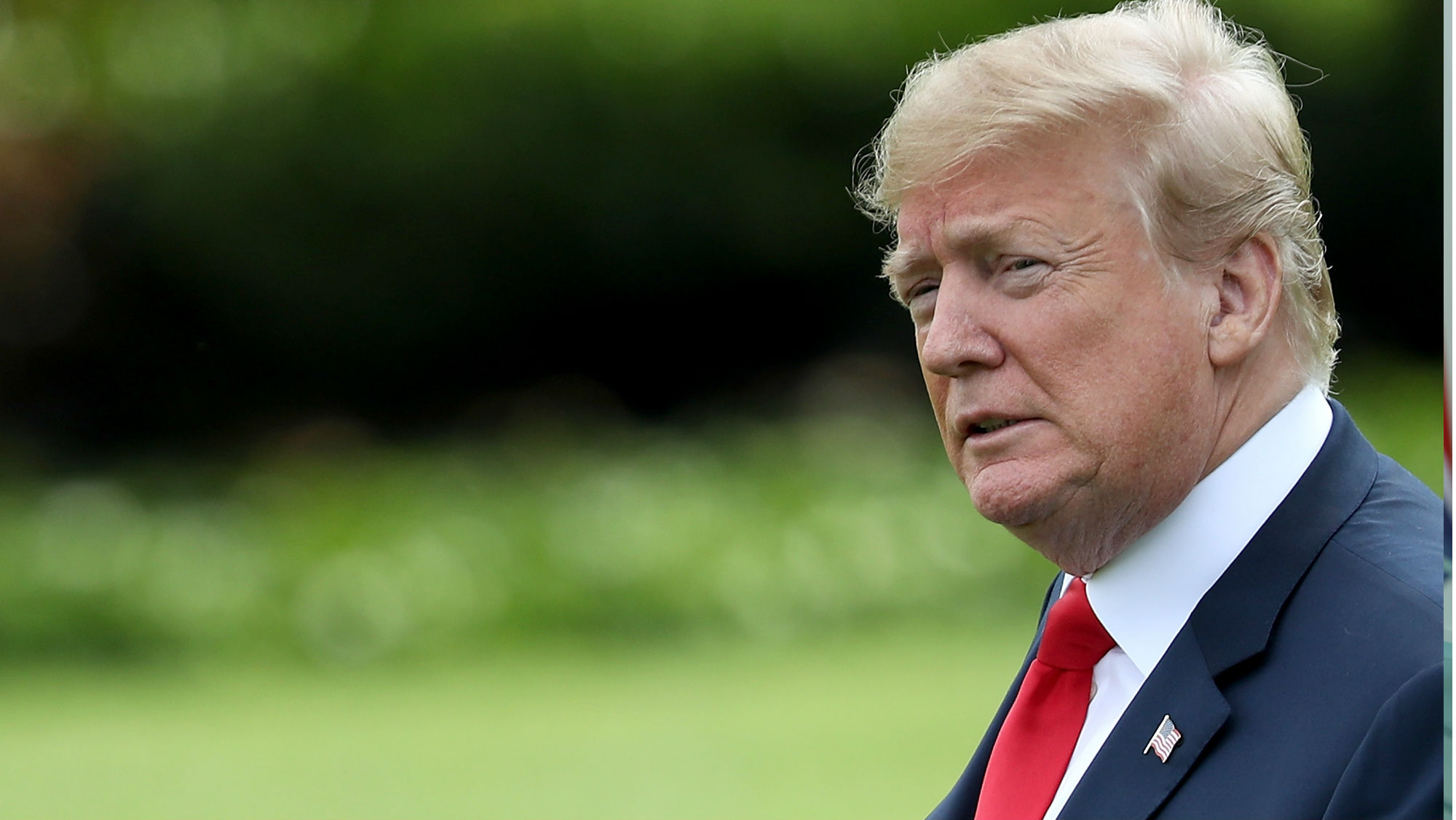 A doctrine is how a president is forced to operate foreign policy in the reality in which he finds himself. Sometimes, presidents proclaim their own foreign policy doctrines. Other times, observers see a coherent pattern in a president’s foreign policy and outline the doctrine for him. In both cases, doctrines ought to be seen not as strokes of genius or decisions made at the will of the president but as actions imposed on him and dictated by reality.

The Truman doctrine was defined in 1948. Given the Soviet threat to Turkey and Greece, President Harry Truman announced that, as a general principle, he was committed to supporting free nations against communism. The United States could not accept a Soviet-dominated Europe because of the long-term threat it would pose. The U.S. lacked the capacity to launch a conventional war against the Soviets, so it was forced into a strategy of containment. Turkey, in particular, was indispensable to this strategy, as the Bosporus blocked Soviet access to the Mediterranean. The U.S., therefore, had to defend Turkey and Greek ports. The doctrine was determined by necessity.

The Nixon doctrine was established in 1969, when President Richard Nixon announced that the U.S. would provide support and protection for its allies but that those allies must depend primarily on their own resources for their security. Given that the U.S. was bogged down in Vietnam, the availability of U.S. forces to defend allies, except under extreme circumstances, was limited.

Barack Obama never outlined a doctrine himself, but observers derived from his actions a coherent policy to reduce U.S. military involvement in the Middle East and decrease hostility between the United States and the Islamic world. The U.S. was not succeeding militarily in its wars in the Islamic world, and limiting U.S. ambitions in there seemed necessary.

All presidential doctrines represent a consistent end imposed by necessity. This doesn’t mean that the president will be able to successfully implement the doctrine. Truman did. Nixon never tested the doctrine where it meant the most, in Europe and East Asia. Obama’s doctrine encountered both friction and the inertia of wars once launched. Some doctrines are criticized at home and abroad. Truman’s doctrine was seen domestically as taking too much responsibility for allies’ security and overseas as an American imperial imposition. Nixon was criticized for imposing a promise of weakness by some, and of trying to hide the fact that he was bungling Vietnam by others. Obama’s foreign policy was criticized in the U.S. as capitulating to the Islamic world and by foreign powers as being insular and lacking a strategy for critical allies.

While doctrines are determined by external necessity, that doesn’t mean that all presidential actions are driven purely by circumstances. There’s a degree of randomness in all actions, and not just those taken by a president. It does mean, however, that the main thrust of a president’s policies is defined by the circumstances he finds himself in, and the less critical an action the more likely it is to be unconstrained.

It is with this background in mind that I want to consider Trump’s foreign policy agenda. The Trump doctrine could be summed up as a policy to defuse situations that might require military actions and instead engage in an offensive economic policy, while disregarding opinions from abroad in the broadest sense.

Like the doctrines of previous presidents, Trump’s has been dictated by what the U.S. faces at the moment. The United States has forces deployed widely. They are engaged in combat in the Middle East and have been deployed to Poland and Romania to counter potential Russian moves. The U.S. Navy is involved in non-combat operations in the South China Sea. And U.S. forces remain in a position to strike at North Korea if necessary. U.S. military capabilities are therefore stretched thin, deployed over a vast swath of territory, and this creates a problem. The United States can’t sustain intense combat in all of these theaters simultaneously. An outbreak of war in any one theater would reduce U.S. capacity in another theater, increasing the likelihood of a power taking advantage of this weakness. Given the multiplicity of potential combat situations, and the wide dispersion of forces, avoiding combat is essential.

The only effective response to these crises, therefore, is diplomacy. Consider the North Korea crisis. The U.S. could have responded to Pyongyang’s development of nuclear weapons in three ways: launch a war, passively accept the situation or negotiate. Trump chose the only option he could, which was to try to reach some sort of understanding with North Korea. When it comes to Russia, Trump had a similar menu of options: aggressiveness, passivity or diplomacy. But given Russia’s involvement in Syria, an area where the U.S. is engaged, as well as the potential threat to Eastern Europe and the Caucasus, Trump had to take the diplomatic route, which explains why he is meeting with President Vladimir Putin next week.

At this point, going to war is a dangerous option for the U.S. Being overtly threatening is also unacceptable, as the intentions of its adversaries are to some extent unpredictable. The solution is to maintain a presence and avoid combat by engaging in extended negotiations that may lead to something or nothing but that would reduce the military threat.

On the economic and trade front, a very different landscape exists. For the United States, exports account for a relatively small percentage of gross domestic product. There are some sectors that are more reliant on trade than others, but for the most part, the U.S. economy is not heavily dependent on exports. Other countries, however, are heavily dependent on exports. Trump does not see the free trade regime that has emerged since World War II as advantageous to the United States. He’s also constrained by the interests of his core constituency, which voted for him in part because he promised to get tough on trade. Given that the United States must be restrained militarily at this point, economic tools can help shape relationships with adversarial powers like China.

This policy of applying economic pressure has of course further aggravated tensions with other countries and degraded the United States’ reputation abroad. This is not new. Ever since Vietnam, and really since World War II, the United States has been condemned for a host of policies. But it’s not clear that global public opinion has any lasting effect. Trump, therefore, has chosen to be indifferent to global public opinion, which may just be his personal preference anyway. But if he’s trying to reduce military pressure by applying economic pressure, it should be expected that his actions will arouse hostility at least as intensely as military actions have in the past.

A doctrine doesn’t have to work to be a doctrine. A president doesn’t have to be aware of the consistency and logic of his position. His policies may be driven by a strategy, but the need for that strategy derives from reality. When Trump took office, he likely didn’t expect that he would be visiting Kim Jong Un more than a year into his presidency. But events compelled him to. Trump may well have wanted to impose tariffs on China even before taking office. But he ended up doing so because of the reality he was presented with. Whether or not any of these individual actions were planned by the president himself, there is a logic to Trump’s handling of foreign policy.

But that is not altogether different from other presidents or world leaders. They enter office with policies that are merely the things they would like to do. Then reality hits and they discard the policies and begin acting tactically. Since the world is coherent, the actions in due course take on a coherence as well. It is from this reality that a doctrine emerges. In Trump’s case, that doctrine involves reducing military risks, using economics as a lever and ignoring the opinions of foreign governments and the global public. The president can only react to the situation he’s presented with and from there his doctrine is established.

The First and Second Oldest Professions