I’ve written before on the manner in which nations are constrained by their geography, their resources and the behavior of other countries. Embedded in this view is the idea that political leaders themselves are not free actors. They exist in a matrix of foreign and domestic pressures that force them to behave in certain ways to rise to a leadership post, and then force them to behave in other ways to keep their post. The nation and its place in the world last. Leaders come and go.

In the United States, what constrains a president is public opinion and the institutional and bureaucratic means for managing and maximizing power. As in all countries, the precise mechanism is idiosyncratic in nature and origin. The United States doesn’t work like Russia, nor do either work like Canada. The principle of constraints is always there, but the precise constraints differ. The presidency of Donald Trump is instructive.

Trump faces three constraints that have thus far made it difficult to govern. The first is a Congress that has not been inclined to pass any of his signature legislation. The second is a civil service that in all administrations tends to block the initiatives of presidents by a process of overcomplication. Finally, there is the organization of the office of the president, a substantial bureaucracy in its own right. The primary job of the president is to manage these three entities. Trump’s problem is that, for different reasons, he has not managed them effectively – at least in the first 200 days of his presidency.

Trump’s failure to manage Congress revolves around his approval ratings, which tend to be in the mid-to-upper 30 percent range. Though Trump and many of his supporters claim these polls are fake, that doesn’t matter so long as Congress believes them to be true. Members of the House of Representatives are all about a year from the start of their re-election campaigns. One-third of the Senate is in the same position. The prime calculation they are making at this moment is whether voting with Trump is more likely to gain them votes than voting against him would. The answer varies from district to district, but on the whole, the value of being Trump’s ally is diminishing alongside his poll numbers. They view him as a liability. This is a constraint that the Founding Fathers placed on the system. They wanted Congress to check the power of the president, especially when the president was unpopular. 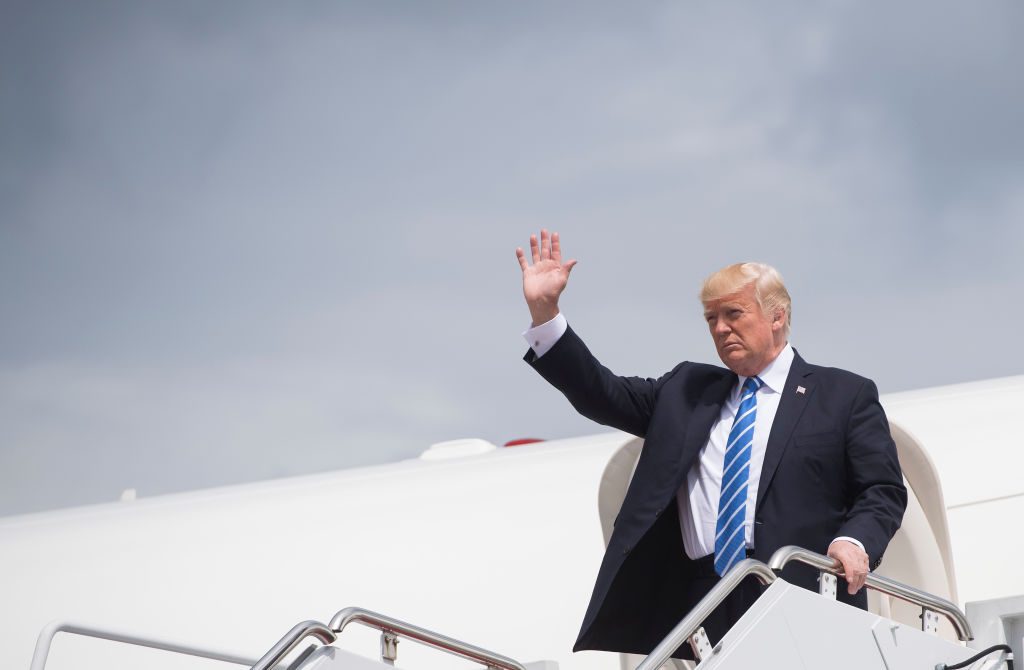 Trump lost the popular vote. Even if we accept his claim that 3 million to 5 million people voted illegally, and that all of them voted against him, that still would have given him only a narrow victory. It certainly wouldn’t bring his popular support into the mid-50s, where presidents have significant leverage.

One of the first jobs of most presidents – unless they win by a landslide – is to reach out to those who voted against them to create a strong coalition. But Trump had two problems. First, his campaign strategy deeply alienated Hillary Clinton supporters. Second, to do the things that could have opened the door to at least some of these voters would have undermined his support among his base and potentially put him in the worst of both worlds. Therefore, his bargaining power in Congress has diminished. He can’t deliver the one thing they need: enough votes in their districts and states to get re-elected. Trump prides himself on being a dealmaker, but he’s in a position where there are no deals to be made.

Civil servants are those employees of the government hired under certain rules that place them beyond the reach of the president. This system was created almost 150 years ago to stop presidents from using government jobs as patronage for loyal supporters. Not all of the civil service is under the same rules. But the rules are built to protect federal employees from arbitrary fear of coercion by the president. The vast majority of civil servants work in national parks or Social Security offices and have nothing to do with implementing policies. But those who hold senior positions have the ability to undermine presidential orders or legislation. The civil service’s job is to create the rules that make political decisions happen. And their ability to bring complexity to bear can cripple initiatives.

Each party has a cadre of people with some experience who they can plug into the job. But because of Trump’s platform, many of them didn’t want to serve him, or he didn’t want them to serve him either. In addition, the civil service was generally hostile to Trump. Civil servants oppose radical change. And, as government employees, they tend to support the party that favors more government – or more civil service jobs. Without the layer of political managers to oversee and coerce this layer, Trump has no traction. The process of implementing policies will meet with unenthusiastic application by civil servants who haven’t been cowed. Nor are they always meticulous with avoiding leaks, as happened with the intelligence community, among others. Trump can’t manage the civil service without managers who are loyal to him in place.

Office of the President

Finally, the office of the president must be in a position to carry out the president’s instructions. There have always been disagreements, personality clashes and conflicting ambitions in the White House. The president may find this useful to some extent, but he must crush extremes quickly. He normally has a chief of staff who terrifies people, whose job among other things is to create order and to make certain that the president’s wishes are carried out.

Until now, Trump did not have the requisite chief of staff, and it isn’t clear how long the current one will last, given past experience. But the problem is rooted not only in staffing but also in a deep divide in the coalition that supported him. One part of the coalition consisted of traditional Republicans who couldn’t bear Clinton. Another part was radically different, supporting a nationalist rather than a traditional Republican, internationalist position. Trump had to have both camps: The latter gave him the strength to win the primaries, and the former gave him the numbers to win the presidency. But these groups are very different. For instance, Republicans have supported free trade for several generations. The other faction sees free trade as the central problem. As a result of this split, there was tension over all decisions and frequent instability.

Trump won office leading a divided coalition – one that prevented him from reaching out to Clinton supporters after his victory. As a result, his traction with Congress is limited. And given the nature of his coalition, his ability to create the layer needed to control the civil service is also limited. For the same reasons, the office of the presidency is a battleground rather than a control room. Whatever strengths or weaknesses Trump has matter less than the fact that he built a contradictory coalition that could win the election but was unable to easily govern. The constraints imposed by the political reality of the country percolated up, destabilizing the system.

A new chief of staff makes a difference, but the political reality underlying Trump’s presidency isn’t cured by that. Congress responds to numbers, not chiefs of staff, and finding the management layer to oversee the civil service requires the experienced to be willing to serve. Trump ran a brilliant primary campaign and then managed to win the White House. As a result, he has a coalition at war with itself and little means for increasing his support by converting Clinton voters.

Constraints are everywhere, and not just in foreign policy.