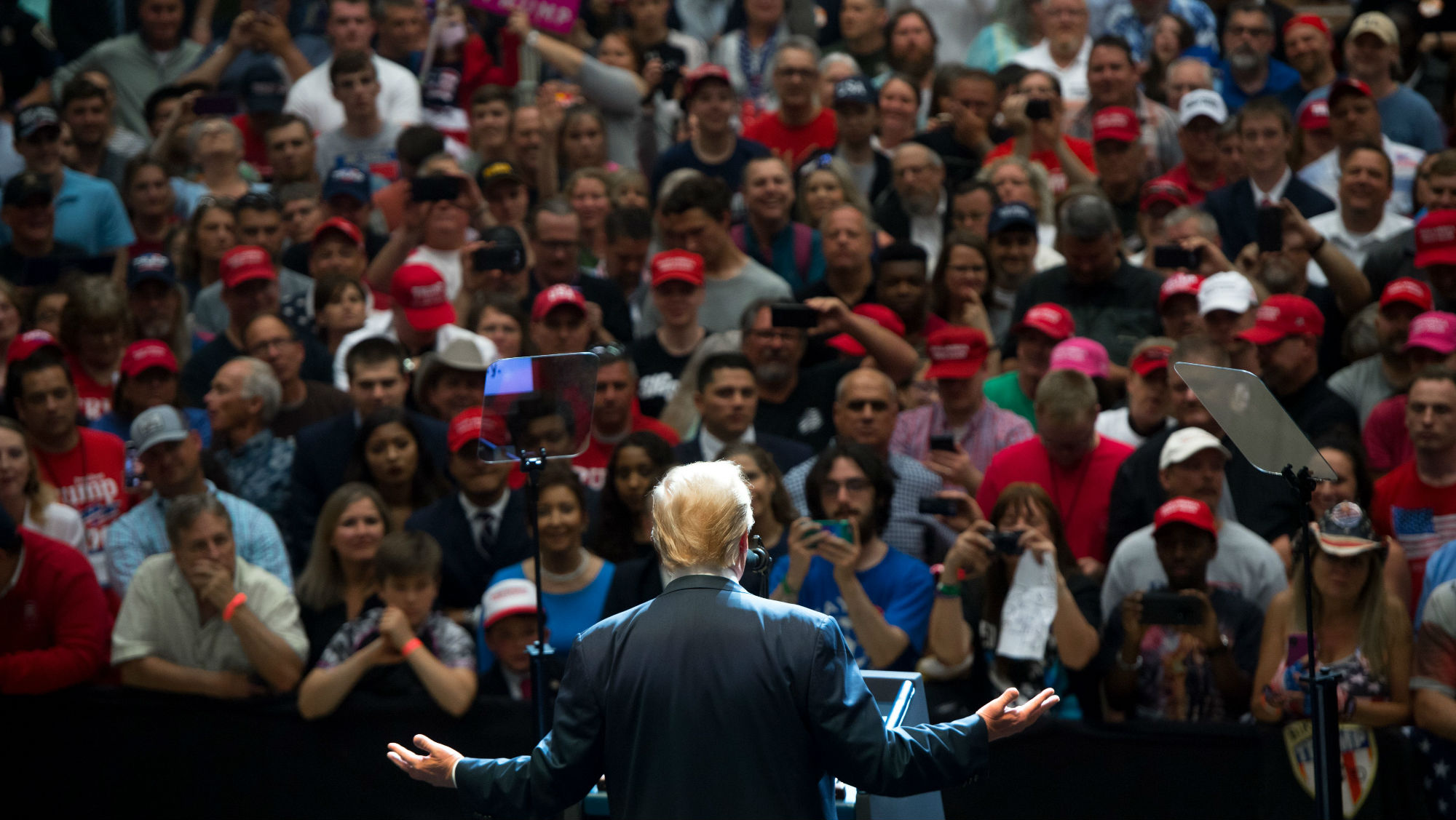 Regardless of the issue, many people seem obsessed with the question of what political leaders will do next. Donald Trump, Xi Jinping, Kim Jong Un and many others are expected to make the decisions that will determine the course of our lives. It’s a comforting thought – we want someone to be in control, someone to praise or blame, someone to analyze and psychoanalyze. The world is too vast, impersonal and unknowable to face without the belief that someone – a leader or perhaps in some cases a hidden conspiracy – is causing the events that shape our lives. And politicians seeking power nurture the idea that they are uniquely qualified to guide millions or hundreds of millions to happiness. Monarchs want to rule, and we want monarchs to rule. This model of political power cushions reality but falsifies it as well.

History, like the economy, is the vast unfolding of millions of decisions and events. The idea that one person or group of people is in control of this process is misguided. It is impossible for any political leader to be aware of, let alone control, the myriad events that shape a nation from within and without. Even very powerful leaders could only govern through a political structure that underpins their own authority. They give orders to their subordinates, who then give orders to their subordinates, who then work within the broader society to try to implement the orders.

Leaders govern through apparatuses that have their own interests, and in a world of unintended consequences, where even if their directions are followed to the letter, the outcome can be unexpected. They cannot impose their will on society by force but must align with or create coalitions that allow them to rule. The leader is shaped by the vast undercurrent of minute processes and decisions, and resistance to this process can break them.

Take Hitler and Stalin as examples. Amid the economic misery and social chaos that followed Germany’s defeat in World War I, Hitler managed to tap into a deep anger. He did not create the circumstances that bought him to power; he aligned himself with them. He became what the public demanded. His control was limited by a notoriously chaotic and fractured bureaucracy. True, if Hitler intervened he would have been obeyed, but for the most part he could neither know nor control what the bureaucracy did, and the power structure rested on the general society it commanded.

Stalin emerged because he understood the Marxist-Leninist notion of the dictatorship of the proletariat. He took control of the Communist Party and the country, understanding that the country, shattered by World War I and a century of inefficiency, had to break out. He also knew that the bureaucracy – over which the czar had lost control – was the problem. He instituted a terror campaign, murdering, almost randomly, members of the apparatus who were responsible for carrying out his orders, thereby increasing the probability that future orders might be carried out. But the orders he gave were dictated by the reality on the ground. The Soviet Union needed to industrialize or it would collapse. For this, the Soviet Union needed foreign equipment, which it could pay for only with agricultural products. Taking those products from the peasants who grew them would lead to their starvation. But not taking those products from them would lead to the Soviet Union’s downfall. Stalin did create terror and starvation, but he was reacting to the reality presented to him. Others might not have reacted this way, but it is not clear that the Soviet Union would have survived by any other means. Stalin was a prisoner of his reality, and it was a reality that demanded ruthlessness.

This is not to absolve Stalin (or Hitler) of any wrongdoing – that it came easily to them may tell us something about their souls – but they were constrained by the circumstances that led them to their actions.

Hitler and Stalin are, of course, extreme examples. They are seen as dictators whose every whim was obeyed. That is true but only because they understood their nations far better than others and aligned with that reality. These examples therefore show that even the most extreme tyranny is constrained. Even the power that rests in the hands of dictators is derived from obeisance to reality and from finding ways to manage the chaos and resistance of the state apparatus. But they both also faced the same problem. Who would control the controllers? And did anyone really understand the vast number of social, economic and political decisions being made as society proceeded as all societies do?

At the other extreme, in liberal democracies, leadership is even more complex. Leaders must first grasp the needs of the country. They must govern through a bureaucracy that they, for the most part, don’t appoint, don’t know and aren’t feared by. Unlike in tyrannies, there is no pretense that much of private life is controlled by the state, and where the state attempts control, its efforts are undermined by resistance, indifference and incompetence.

Hitler and Stalin had no term limits. They would lead until they died – whether by natural causes, assassination or suicide. In liberal democracies, leaders know when their terms will be up, and so does everyone else. It is simply a matter of waiting for them to go, and when they do, trying to reverse what little they achieved.

In all countries, too much focus is placed on leaders assuming that they can make decisions unilaterally and that those decisions will be implemented. In the United States, Trump was elected because of a deep split in American society over economic interests and moral values. He prioritized one side and now governs as its prisoner. In China, Xi was made president with extraordinary powers because China is caught in a generational economic crisis. Xi is all-powerful, so long as he focuses on this problem and solves it. In Russia, Putin is president of a country crippled by the fall of the Soviet Union and the nature of Russian society. He has promised prosperity and to return Russia to greatness. He is all-powerful so long as he focuses on those things.

Leaders of all sorts of political organizations emerge because they understand the historical moment and submit to it. Their first battle is with their own governing apparatus and trying to gain control of it. But the idea that leaders independently decide what direction they will take is an illusion. They are handed a menu of options that has very few choices, usually only one. The idea that their will is translated into reality is equally dubious. But the most important thing to remember is that the leader might pretend that he sees every sparrow fall, but he really doesn’t. Even the most powerful dictator is flying blind.

The Invisible Hand in Politics

When it comes to economics, many rely on Adam Smith’s theory of the invisible hand of the market – the vast economy has its own rhythms independent of anyone’s will, controlled only by the millions of minor decisions made by barely visible individuals. Yet, when it comes to politics, those same people fail to see the same tendencies at play. People who understand the impersonality of economic life tend to personalize political life.

Political life is about power. We do not like to think of leaders as powerless or trapped. The idea that power is driven by impersonal forces is even more frightening than the idea that wealth is driven that way and that the wealthy are submissive to an underlying reality.

Whether seen as good or evil, political leaders are believed to be above constraints. When people wonder what a leader will do next, they are assuming that the leader can choose his own course. This gives us a degree of comfort that someone is in charge, that he can be persuaded, and that the world is reasonable. Better to be ruled by the devil than by impersonal forces that are beyond anyone’s control.

The world is reasonable, but not persuadable. Geopolitics is rooted in the idea that successful leaders understand the reality they are in and submit to it to gain positon, but that power is still embedded in impersonal forces. Geopolitics takes the view that devils and gods emerge from the soil of necessity. This is not an argument against morality in politics. It simply shifts the moral consideration to a deeper level, where individuals make choices that flow into an irresistible force. That is far more difficult to imagine than the idea of a leader being in charge and carrying a unique moral burden. Trapped as he is, he does have the ability to speak and, in speaking, to shape the public discourse. But that discourse cannot be shifted by leaders alone. The millions of small decisions made before them create a reality and they must follow it.

John F. Kennedy and the Origin of Wars Without End