British Prime Minister Theresa May announced on Tuesday that she will call for snap general elections in the United Kingdom to be held on June 8, which will for all intents and purposes be another vote on whether Britain should leave the European Union. Last month, Scotland’s parliament voted in favor of holding a second referendum on independence. Turkey went to the polls over the weekend and voted in favor of increasing the powers of the president. Catalonia maintains it will hold an independence vote this year. Iraqi Kurds are making similar noises about an independence referendum in 2017 as well. France will have a new president by May 7, and if Marine Le Pen can pull off an upset, she will push for a referendum on whether France should remain in the European Union.

This is not an exhaustive list. It’s a small sample of the proliferation of these types of votes. It also represents a shift in how democratic politics works. When Britain joined the European Economic Community in 1973, it only held a referendum in 1975, two years after becoming a member. The important details were worked out by the elected British government and not by public fiat. For most of the modern Turkish Republic’s history, military coups were just as important as votes when it came to shaping the government. Israel was not created by a referendum but by war with its neighbors. When U.S. President Woodrow Wilson wanted to join the League of Nations, he did not put it to a vote of the American people. Wilson was blocked, but that was because of the U.S. Senate, not because he left it up to a popular vote. 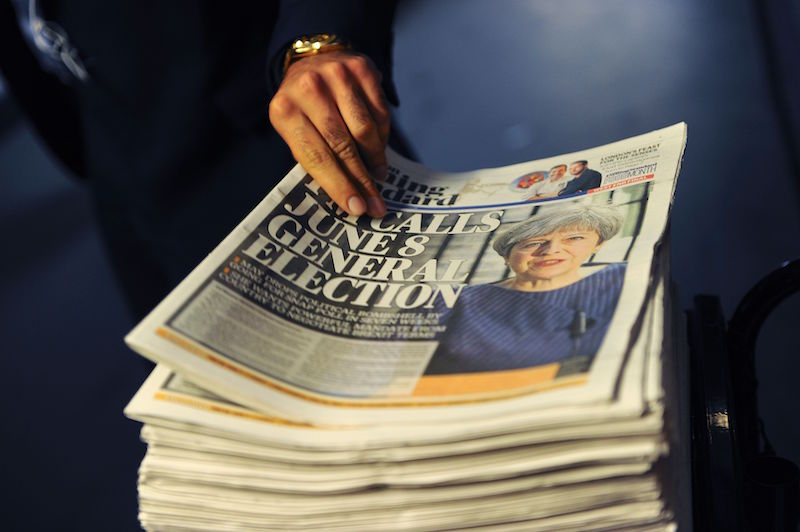 The word “democratic” has come to be thought of as a synonym for “virtuous.” But they are not synonymous. A country that governs itself by pure democracy would exist in a state of anarchy, not in a state of freedom. Freedom in the context of representative democracy is not the idea that everyone gets to have a say and that, if an individual disagrees, something should not be done. The democratic structures that exist in nation-states are built on principles of representative government. Representative government begins with the recognition that everyone is not created equal. The ability to cast a ballot becomes the great equalizer, and allows everyone to elect a representative who will make decisions in the common interest. The power and freedom of the people is in the ability to not vote for that person in the next election, not in the ability to dictate each decision.

What is happening today is that politicians are being led by their people rather than being leaders themselves. When a government puts the most important issues it faces to a popular vote rather than acting on the mandate it was given by being elected, the result is not a more just expression of the popular will. The result is that decisions about what a national government should do are left to an opinion poll of individual sentiments instead of to the judgment of someone who earned society’s trust. A political leader’s job is to act in the best interest of the country and not in the best interest of individuals. If that leader is constantly looking over his shoulder about every decision, it defeats the purpose. The result is mob rule, albeit of a most civilized kind.

Political leaders are often powerless to solve the problems that beset their populations. The way to prevent Brexit would have been for then-Prime Minister David Cameron to make sure that Syrian migrants were not seeking refuge in Europe. The way to undercut the rise of Le Pen and the National Front would have been for President François Hollande to cut unemployment in half and double GDP growth. The gulf between what individual political leaders can do and what they want to do is wide. Their job is not to fix problems, because many problems are either unfixable or beyond the abilities of an individual or even a government. Rather, a political leader’s job is to give the people confidence that the situation is being managed competently and with the best interests of the people in mind.

When a political leader turns the decision over to the people, he is admitting he does not know what is best. Such moves are justified by the claim that they are consistent with democratic principles. But democratic principles are sufficiently honored by each leader’s election and require no further legitimization. The result is that the population perceives both weakness and indecision from the person elected to make the hard decisions in the first place. People then gravitate toward politicians who seem most confident that they have the solution to the problem. The unemployed French worker will consider voting for Le Pen because Le Pen talks a big game about unemployment and how to fix it. Le Pen probably lacks the power to take France out of the EU unilaterally and, even if France exits the union, the French worker probably won’t get his job back. But these things matter less than the worker feeling like someone is paying attention and has an idea of how to fix the problem.

This in turn leads to the election of leaders for whom democracy is not the most important concern. It is an ironic juxtaposition that in a world where many are concerned about “rising authoritarianism” and “illiberal democracy,” there has been a proliferation of votes about specific policies that governments should adopt. The media is obsessed with the rise of illiberal authoritarian leaders in countries like Turkey, Hungary and Poland. U.S. President Donald Trump is viewed as a proto-authoritarian who is assaulting the foundations of American democracy. Brexit is a part of this narrative as well, and the potential that an anti-EU candidate might rise to power in France is being talked about as if it represents a mortal danger to Western civilization. The problem with this argument is that the rise of these leaders is predicated on democratic choice. How is it possible to square the fact that there is simultaneously more democracy in the world than before and that democracy’s end is also nigh?

The issue is not rising authoritarianism. The issue is also not the reanimation of 1930s fascism, which seems to be the only lens through which some can view political disagreements. The issue is that political leaders have stopped making decisions and have lost the confidence that it was their job to make decisions in the first place. As a result, governments are putting the most serious questions to popular votes, and it should not be a surprise that the results tend to favor people with the clearest sense of what should be done. The issue is not whether the proposed policies are effective or ineffective, or even right or wrong. The issue for many individuals is the capacity to believe that they are placing their freedom in the hands of a leader who knows what the problem is and promises to address it. Freedom means nothing but misery for voters who lost their jobs and cannot provide for their families.

The great theorists of representative government understood that government’s most basic job is to protect the life, liberty and property of citizens. But Fyodor Dostoyevsky understood that “the secret of man’s being is not only to live but to have something to live for.” The positions of leaders like Trump, Le Pen and others suggest that one should live for the nation and that the most important job of a government is to protect the nation. The position of leaders who call referendums is that they have no earthly clue what the answer is and no longer wish to be held accountable, so they let the people decide. The individual’s right to voice a narrow view is given priority over solving the country’s problems. It should not be a surprise that given these choices, the people choose leaders who give them something to live for. They want freedom from their own freedom, and they will continue to vote for those who give it to them.

In Praise of Private Life