Two key parallel problems plague contemporary Muslim political thought. First, the notion of an Islamic state is highly contentious and is not limited to Islamists. Second, the notion of the secular is largely rejected or at best is an uncomfortable and vague idea. This is why Muslim-majority nations will struggle with the role of religion in politics for a long time to come.

In our Reality Check on Monday, George Friedman discussed how the secular-religious divide in Turkey continues to drive the country’s geopolitics. It will continue to do so for the foreseeable future. This is despite the ruling Islamist-based Justice and Development Party of Turkish President Recep Tayyip Erdoğan narrowly winning a referendum on Sunday backing a new constitution. Meanwhile, next door in Azerbaijan, a staunchly secular Muslim state that emerged from nearly seven decades of communist rule, a rare crisis took place involving the demolition of a mosque in the country’s capital of Baku. Normally, local municipal authorities deal with such issues. But in this case, President Ilham Aliyev personally got involved to defuse the situation. Not only did the Azerbaijani leader halt the demolition in the wake of public unrest, but also his top associates are going out of their way to underscore the regime’s commitment to Islam. 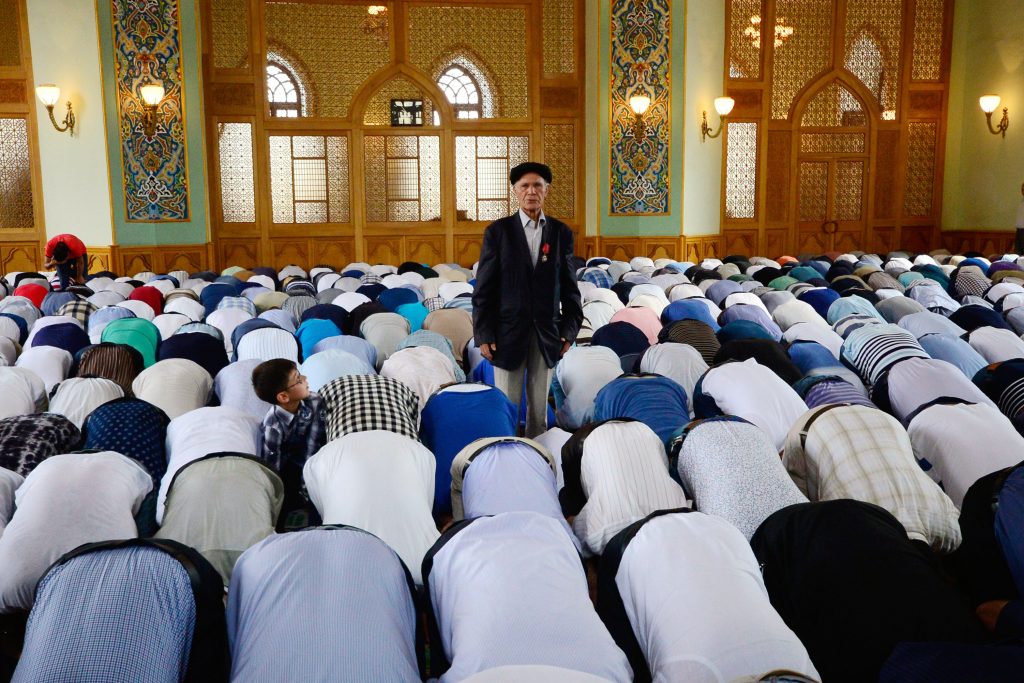 Muslim worshippers pray in Taza Pir Mosque in Baku, Azerbaijan, on July 18, 2015 during celebrations of Eid al-Fitr, which marks the end of Ramadan. TOFIK BABAYEV/AFP/Getty Images

Since its emergence as a sovereign state a quarter of a century ago from the rubble of the Soviet Union’s collapse, Azerbaijan, a Shiite-majority country, has not experienced much of a challenge from Islamism. That said, the country has its share of Islamist actors – both Shiites and Sunnis (including Salafists). But the issue here is not simply Islamists seeking to leverage circumstances to advance their political goals. Instead, it is about the average Muslim who feels strongly that Islam should have a role in public affairs.

For this reason, Muslim-majority nations such as Azerbaijan, Bangladesh, Indonesia, Egypt, Turkey, Kazakhstan, Algeria and Mali will ensure that they do not appear as having forsaken religion, despite being secular republics. Usually, this will be achieved by a key article in the constitution stating something to the effect that the legal system shall not contravene the Quran and the practice of the Prophet Muhammad. These states also will have at least one ministry dealing with religious affairs and an official top cleric. As is evident from each of these countries’ domestic politics, these measures are not enough to satisfy a key segment of their citizenry.

A number of Muslim countries claim to be Islamic states. Iran, Afghanistan, Pakistan and Mauritania officially refer to themselves as Islamic republics. Others, such as Saudi Arabia, do not designate themselves as Islamic polities, but their political culture and legal systems are heavily based on some interpretation of Islam. Still others, such as Malaysia, declare Islam the official state religion.

In many ways, this latter category of Muslim polities faces a bigger challenge. It is much harder for the political elite in such countries to compete with Islamist groups. The incumbent regimes claim that theirs is an Islamic state while their Islamist opponents seek to establish such an entity. For the regimes, Islam represents state identity, whereas for the Islamist non-state actors, it is an ideology that has yet to be truly operationalized in the form of the state.

Starting with the Muslim Brotherhood during the interwar period through the rise of the Islamic State group that declared a caliphate in Syria and Iraq in 2014, a host of Islamist actors have emerged across the Arab and Muslim worlds with the purpose of establishing an Islamic state. For the Islamists, the nation-states that emerged in the Muslim world during the first half of the 20th century were either outright secular polities or were not authentically Islamic. The masses across the Muslim world are torn between the regimes and the Islamist groups. The common denominator is the idea that there should be an Islamic state, but everyone disagrees on what this state should look like.

It should be noted that the notion of an Islamic state is a modern one. It emerged in response to the rise of the current international architecture based on the secular nation-state. The various regimes that presided over the historical caliphate and the numerous emirates and sultanates that existed in the pre-modern age did not refer to themselves as Islamic states. They didn’t need to because no secular international order existed from which they could distinguish themselves.

What is noteworthy is that the contemporary idea of an Islamic state is ahistorical in that a religious class did not preside over the caliphate. The caliphs since at least the rise of the Umayyads in 661 were what we would today call secular rulers whose power was a function of military might. They incorporated religion into their political structures, but they were quintessential warlords. Managing religion was one aspect of these medieval polities.

In contrast, the Islamists of today seek a return to what never was. In cases where different Islamists have come to power, they have had to deal with the everyday issues of governance, in which religion plays a minor role. Despite the horrors committed by the Islamic State regime based in Syria and Iraq, the idea of an Islamic state continues to captivate the minds of many Muslims. A key reason for this is that the popular viewfinder sees the alternative, a secular state, as a contradiction of Islam.

Secularism has become a misnomer among Muslims in that it is understood as irreligiosity instead of religious neutrality. Another issue is that secularism as an ideology emerged from the Judeo-Christian heritage of the West, which further renders it undesirable for most Muslims. This situation has led to the idea that Muslims are resistant to secularism – as argued by Brookings Institution senior fellow Shadi Hamid in his recent book “Islamic Exceptionalism: How the Struggle Over Islam Is Reshaping the World.” However, this is an argument that at the least does not fully explore the possibility that Muslim civilization could carve its own path to modernity and may find a way beyond politics heavily steeped in religion.

Secularism as it is known today is identified as a product of Western culture. But that is just one form of secularism. What is truly uniquely Western is the Renaissance-Reformation-Enlightenment trajectory, which other cultures cannot be expected to reproduce. That said, the process of reinterpretation of medieval religious texts in keeping with different spatial and temporal settings is very much part of the Islamic ethos and known as “ijtihad.” In other words, the Muslim world is likely to find its way out of religious wars.

Conventional wisdom views Islamic law (Shariah) as a function of obligatory and forbidden practices; traditional Islamic jurisprudence, on the other hand, has long viewed the largest category of human actions as the permissible, which is subject to human preferences. This idea has the potential to serve as the basis for a form of secularism that is rooted in the Islamic cultural ethos. In essence, over the long term, a Muslim secularism, which calls for polities that remain neutral in the intra-Muslim sectarian contentions, as well as those with other religious traditions, has the potential to emerge, especially as the exhaustion of war sets in. In the here and now, though, the battle over what constitutes an Islamic state and opposition to secularism will remain the center of gravity.