U.S. President Barack Obama announced last week a “deep dive” into the question of whether the Russians hacked into Democratic Party officials’ emails in order to influence U.S. elections and help Donald Trump become president. A secret CIA report saying it has overwhelming evidence the Russians did it was then leaked, raising the question of how a report whose existence was made public can be called secret. The FBI said it had no evidence confirming the CIA report. Trump said he believes there is no truth to the claim. Finally, the U.S. Congress indicated that it would hold hearings on the matter.

There are a number of questions to ask. First, why did Obama announce what I assume is a major analytic and covert effort to determine whether the Russians did it? Second, why did the CIA then tell officials that it already had done the deep dive and found evidence of Russian actions? Third, why didn’t the CIA tell the president that there was no need for a deep dive? Fourth, why didn’t the CIA share its information with the FBI? Fifth, how would Trump know there was no Russian effort? Finally, why does Congress want to get into the act? The last is the easiest to answer: cameras. 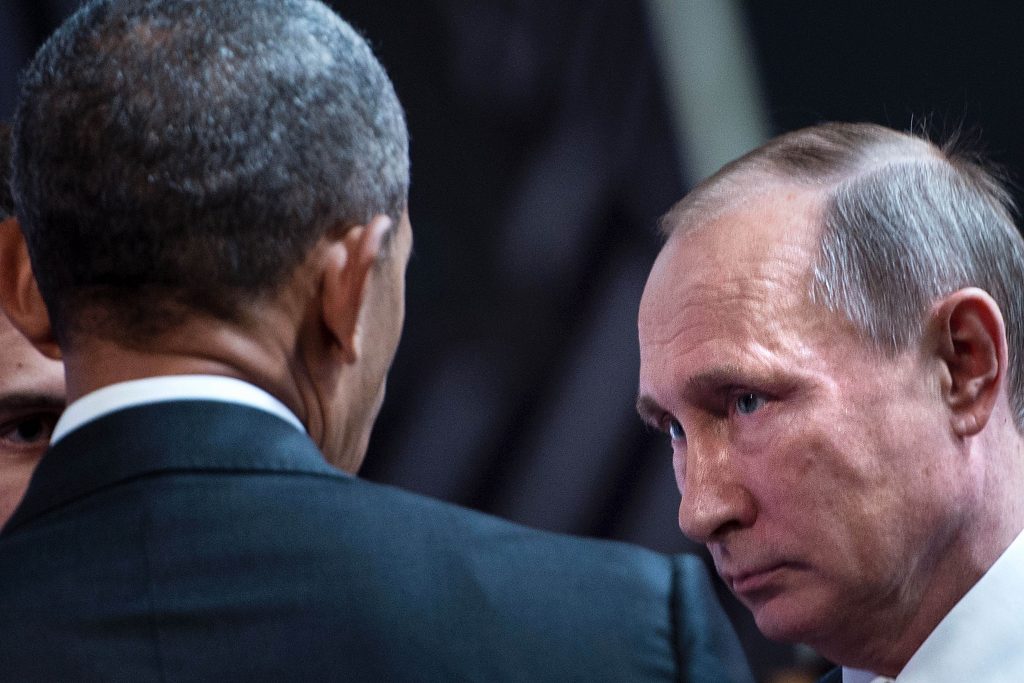 On the surface there are two reasons, not necessarily at odds, for making the announcement. The first is that Obama was concerned about Russian activities. The second is political: Obama wanted to delegitimize the election. It is not odd that the president would order an intense review and collection of intelligence on a subject. It is odd that he would make his order public. The rapid leak of the answer to Obama’s question indicates that the CIA already had done the deep dive and the president either wasn’t given it or hadn’t read it. Or the president read it and wanted it made public. As for the FBI denial, the FBI and CIA are brothers in mutual loathing. If the CIA says it is daytime, the FBI would say it is night, and vice versa. As to Trump’s denial of the Russian hack, it puts him in the position of claiming he has a line into Russian intelligence, or it simply reflects his disgust at the utter chaos underway.

The core issues are whether or not the Russians wanted Trump to be president, whether they hacked the various email accounts, and whether their efforts were effective. Working backwards, the efforts were far from effective. The emails revealed to former candidate Hillary Clinton’s enemies that she is more monstrous than they thought, and to her supporters that this was much ado about nothing. For the undecided who shifted to Trump over the pre-election weekend, it is hard to see any evidence that the leaks were decisive in their decision. So as an intelligence and psychological warfare operation, it was a bust.

If all the sound and fury were correct, then either U.S. intelligence detected the attempt or the Russians with their usual clumsiness in these matters had poor operational security – unless they wanted it to become public. The detection of an operation to make Trump president did not hurt Clinton. It could devastate Trump. It was emphasized during the campaign that Russian President Vladimir Putin admired Trump, and vice versa. Given that, it would seem likely the Russians wanted Trump to be president. But of course, if they really wanted him to be president and effective, the last thing they would do is anything that would cast a shadow over him. Hacking Hillary to little effect and allowing U.S. intelligence to get wind of it would be imbecilic.

The only justification for this was wanting Trump to win, looking for dirt on Clinton to help him, and releasing it. But the most junior analyst in Russian intelligence would have to be sophisticated enough to realize they had found nothing that would swing the election, and revealing the emails would show there had been a hack, potentially damaging Trump.

It is always possible that Russian intelligence was not sophisticated enough to recognize that what they had was not decisive. There is also the possibility that they wanted to create a damaged presidency. The goal was not so much to break Clinton as to make sure that if Trump won, a shadow would hang over him. In this truly twisted theory, the hack occurred to give Obama the opportunity to launch an investigation that might tarnish Trump. This is a long shot, but given the facts it is as plausible and implausible as the idea that Putin loved Trump and wanted to help him.

There is another theory. The Russians did hack the files but their primary purpose was to create chaos in the United States. In this theory, the Russians are ultra-sophisticated and know that by hacking the files, they could sit back and let the Americans eat their young, as they are bound to do. They had no strategy in mind beyond destabilization.

The problem is that Americans are an operatic people. The curtain goes up on a scandal, real or contrived, and the singers howl. The orchestra screeches, and at some point, the fat lady sings. The U.S. loves operatic politics, but it is like a football game. Once it is over we all try on occasion to remember what it was about. Political scandal is American reality television. The idea that this would destabilize the U.S. is misplaced. The Russians have always overestimated the effects of this kind of campaign. The Soviets were still launching them as their regime collapsed.

We need to remember the geopolitics of all this. The Russians were defeated in Ukraine, and far worse, their economy is in serious trouble because of oil prices (the price rise from the OPEC deal has not come close to solving their problems). Some areas of the countryside already are seeing wages go unpaid, shortages of some goods and a hard winter ahead. The Russian intervention in Syria addresses no significant Russian strategic interest. Putin is, as we have said, bluffing strength he doesn’t have.

This sort of ploy would fit into that scenario – whether the Russians were behind the hack or not, they could act as if they were. That would make them appear to be more of a force to be reckoned with. However, in evaluating this theory, we need to bear in mind that the Russians didn’t decide the election, open support for Trump from the Russians can hurt him more than help him, and the intent of the Russians, if they have any, would be to destabilize the U.S. by causing deep distrust among political factions. We should also remember the U.S. doesn’t need help in this direction.

The one thing I really don’t understand is Obama announcing a deep dive when the CIA already indicated it has the answers to who did the hacking and why. The decision to move forward either indicates a deeper issue we are unaware of or petty politics. And that is the thing I can’t figure out.