Germany’s economy has avoided the problems besetting most export-dependent countries in the last two years. In 2015, Germany accomplished this by compensating for decreased demand from China by substantially increasing its exports to the United States and the United Kingdom. In 2016, the situation was reversed. Exports to China increased while exports to the U.S. and the U.K. declined significantly. The most important geopolitical question in Europe this year is whether Germany can stave off a decline in its exports for a third consecutive year. Geopolitical Futures has forecast that German exports will fall in 2017, and the most recent trade data released by the Federal Statistical Office (Destatis) both supports and challenges the thought process behind that forecast. 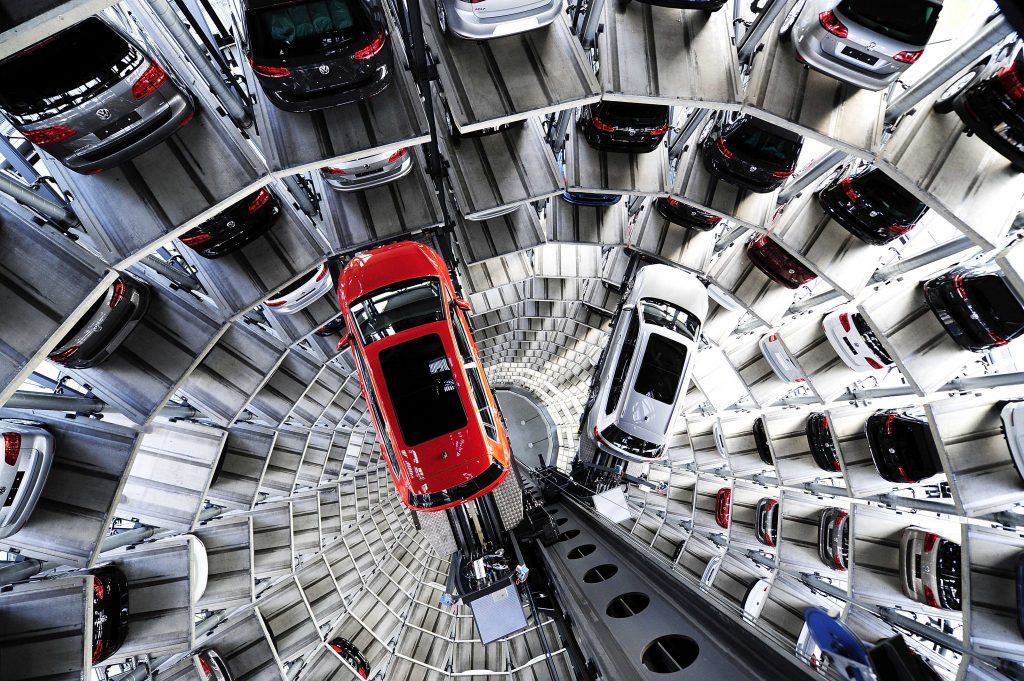 A Volkswagen Passat and Golf 7 car are stored in a tower at the Volkswagen Autostadt complex near the Volkswagen factory in March 2015 in Wolfsburg, Germany. In 2015, Germany increased its total exports to the United States and the United Kingdom to compensate for decreased demand in China. Alexander Koerner/Getty Images

The problem for Germany was not necessarily the absolute figures themselves. Even without the growth in exports to the U.K. and the U.S., German exports increased enough to cover the loss. This was due primarily to demand from other European countries. The deeper problem was that China and Russia were both important markets that German companies had bet would increase demand for German products. Exports to China had been steadily increasing since 2001, with a slight hiccup in 2012. Before the 2014 revolution in Ukraine and the 2015 drop in oil prices, Russia was considered one of the top potential growth markets for German products. Exports to the U.K. and the U.S. stabilized the situation, but a serious question remained: Could Germany depend on exporting to the U.S. and the U.K. at similar levels for a sustained period?

The most recent available data from Destatis covers January to November 2016, but even so, it provides a clear answer to that question: The 2015 level of U.S. and U.K. imports of German goods was unsustainable. German exports to the U.K. declined by 3.1 percent in the first 11 months of 2016; German exports to the U.S. declined by double that figure, or 6.2 percent. Germany saw exports in the first 11 months of 2015 increase by an impressive 6.5 percent. In January to November 2016, growth in German exports was just 0.8 percent. There is one significant bright spot for Germany in the data. German exports to China rebounded in 2016, increasing by 3.6 billion euros, or 5.5 percent year-on-year.

This development recently has been trumpeted as a “changing of the guard” in both the German and Chinese press. Deutsche Presse-Agentur reported that the chief economist for the Association of German Chambers of Commerce and Industry said on Jan. 27 that China had become Germany’s top trading partner. The story was subsequently picked up by the People’s Daily, and both stories made a point of emphasizing that the U.S. had fallen to Germany’s third largest trading partner. Both stories buried the fact that even with a 6.2 percent decline, the U.S. remains the largest destination for German exports. German exports to the U.S. in 2016 were worth 66.9 billion euros more than German exports to China. Considering that 46.8 percent of Germany’s GDP comes from exports, the importance of the U.S. to Germany’s export machine should not be underestimated.

The rise in Chinese demand for German exports is slightly surprising considering that Chinese imports have been decreasing steadily since 2011 and that Chinese imports of German goods declined in 2015. This decline was in part due to the decline in global commodities prices. The volume of Chinese imports increased even as prices fell from 2011-2014. This, however, began to change in 2015. A study published last May by the International Monetary Fund (IMF) noted that the volume of Chinese imports decreased by 0.7 percent in 2015, and that both commodity and non-commodity items contributed to this decline. The latter category is the important one from the German perspective: The bulk of German exports to China are not raw materials like iron ore but finished products like cars and various machinery. Non-commodity imports declined by 8 percent in 2015, 35 percent of which was attributed to a fall in imports of the types of products Germany exports.

The IMF’s conclusion also fits with the decline in German exports to China in 2015. The most recent data available from China’s General Administration of Customs showed that Chinese import growth in 2016 fell by 5.5 percent in terms of value. It was not just Chinese imports that fell, however. Chinese exports also decreased by 7.7 percent year-on-year. This is important because a significant portion of Chinese imports are not meant for Chinese consumption. They are parts that are used in goods that China assembles and then exports. Whether it is demand for the raw materials or parts involved in production, or just the financial health of the state-owned enterprises involved in exports, a decline in Chinese exports puts further pressure on Chinese imports. This in turn is bad news for a country like Germany hoping to increase exports to China.

The other thing to keep in mind is that China relied once again on stimulus to meet its GDP growth targets for the year in 2016. The stock market collapse at the beginning of 2016 and the subsequent crisis in confidence necessitated significant stimulus from Beijing, but those monetary polices continued throughout the entire year, long after the stock market stabilized. China did take steps last year toward cutting oversupply in some of the most pressured sectors in the country, particularly coal and steel. Even so, China continued to pump money into the system, prioritizing growth over efficiency. Much of this economic growth was dependent on construction or investment in the real estate market, which has resulted in fears of a potential bubble in the housing market that China is now actively seeking to rein in. Meanwhile, corporate debt in China has increased to 169 percent of China’s GDP, according to the Bank of International Settlements, and the specter of non-performing loans is casting a long shadow once more on China’s books.

The high levels of debt in China’s system because of unending stimulus already make the Chinese economy unstable. On top of this, the U.S. is getting tough on China and holds many of the cards in the economic relationship. China will likely have to make concessions to the U.S. that will be less than beneficial for China’s economy. Herein lies somewhat of a silver lining for Germany. Every year China is concerned about maintaining political stability, but in 2017, the need for political stability is going to be particularly acute. Chinese President Xi Jinping will aim to solidify his control over the government for at least the next five years at this fall’s Communist Party of China Congress, and to do that he needs to avoid domestic unrest. That means more stimulus and more maintenance of growth numbers no matter the cost. That in turn should continue to prop up Chinese imports, which is what Germany needs from China.

The problems, however, are greater than the silver lining. China’s solutions are ultimately stopgaps, and steady Chinese demand for German goods is unreliable at best. There are limits to how much Germany can increase its exports to the U.S. and the U.K. 2015 demonstrated that this was possible in the short term, but it is also a stopgap. German trade data also emphasize just how dependent Germany is on the rest of Europe. If not for the 2 percent rise in exports to European countries in January to November 2016, German exports would have declined last year. Considering Europe’s sluggish growth and regional inequalities, the fact that 23 of 31 European countries (as defined by German statistics) increased imports of German goods is impressive. Germany needs those European imports, and it needs the EU. This is a reality that must be kept in mind as the drama over the U.K.’s withdrawal from the EU soaks up more headlines in coming months.

It remains to be seen if GPF’s forecast on German exports comes to fruition, but whatever the precise figure of export change ends up being is ultimately less important than understanding this key German weakness. The news that China has become Germany’s largest trading partner should be read as nothing more than a story about the precarious economic situation in which Germany finds itself.