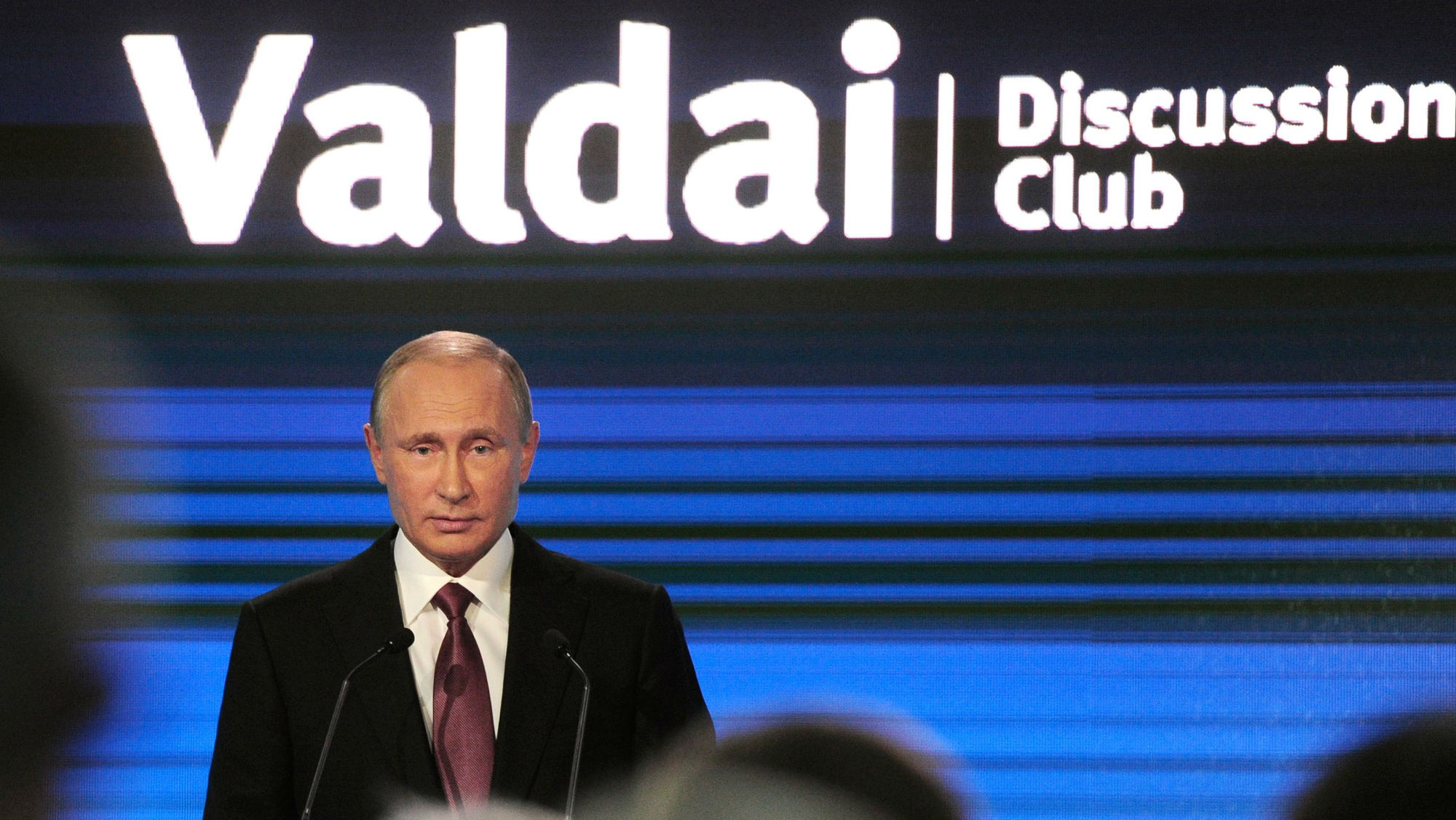 In geopolitics, the whole is often greater than the sum of its parts. Every day there are pieces of information floating around that, on their own, mean very little but put together mean very much. When it comes to U.S.-Russia relations, several unfolding events suggest that the two countries may be reaching some kind of understanding, at least over Ukraine.

Most notable about U.S.-Russia talks over this conflict is the silence from both sides. On Oct. 7, the U.S. special representative on Ukraine met in Belgrade with a Russian presidential aide to discuss a Russian proposal for a resolution. The proposal calls for a U.N. peacekeeping force to be stationed along the front line, on the Ukrainian side of the border but not on the Russian side. This would formalize the division of Ukraine and essentially turn eastern Ukraine into a frozen conflict. U.S. representatives opposed this proposal, saying the U.S. would not compromise on the Minsk accord or on the restoration of Ukraine’s territorial integrity. That no one has said much since suggests the talks are continuing.

In official negotiations, all parties need to bring a variety of bargaining chips to the table. The more leverage they have, the more room they have to maneuver. For this reason, the talks on Ukraine will not be limited to Ukraine itself but will include other areas where U.S. and Russian interests overlap. The key to measuring progress on Ukraine is to identify other areas that will be affected by a settlement there and to find subtle signs of the talks’ progression. 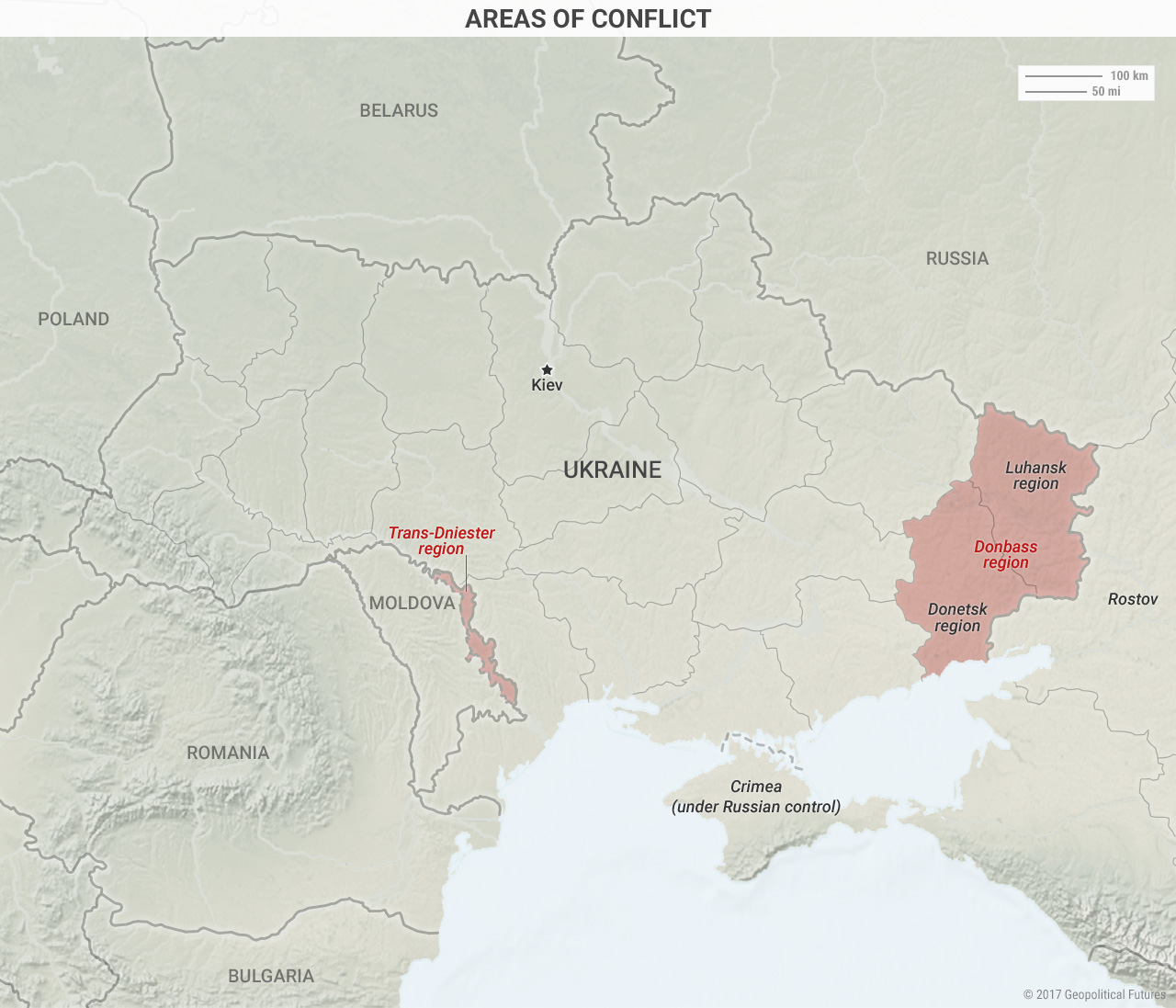 In recent days, three such signs have emerged. The first appeared when Igor Dodon, Moldova’s pro-Russia president, said the breakaway region of Transdniestria should be given special status within Moldova. The region, located on the border with Ukraine, broke away from Moldova in 1990; though Russia supports its government, the international community does not recognize it as a state. Moldova has called for the withdrawal of Russian troops stationed there, but until now, Moscow has refused. The fact that the Moldovan president has brought up this issue indicates both sides may be willing to negotiate. Dodon’s proposed framework for talks includes Russia, Ukraine, the Organization for Security and Cooperation in Europe, the European Union and the United States. Suggestions for similar resolutions have been made before, but the timing of this proposal is important. The Moldovan president’s comments came immediately after his Oct. 10 meeting with Russian President Vladimir Putin. Like in Ukraine, politics in Moldova are divided between pro-West and pro-Russia camps. The political dynamics shared by these two countries, not to mention their geographic proximity to each other and the fact that they both have breakaway regions, help explain why Ukraine negotiations will include discussions on the status of Moldova’s separatist region as well.

The second sign involves Russia’s approach to North Korea. Up to this point, Russia has tacitly supported Kim Jong Un’s regime in Pyongyang. Moscow doesn’t hold much sway in the Korean Peninsula and has been relegated to making small moves to prop up the regime, such as delivering fuel shipments despite the sanctions imposed on Pyongyang. But on Oct. 16, Putin issued a decree limiting his country’s relations with North Korea in accordance with a U.N. Security Council resolution passed in November 2016. The same day, the head of Russia’s Federation Council announced that Moscow’s recent attempts to host a meeting between North Korea and South Korea failed because Pyongyang was reluctant to cooperate. A Russian official described talks with the North as long and difficult. It appears that Russia’s stance on North Korea may be shifting, and this may be part of its strategy on Ukraine. Moscow could be signaling that it is willing to cooperate with Washington, which has struggled to de-escalate tensions on the Korean Peninsula, if the U.S. is willing to offer concessions in other areas. 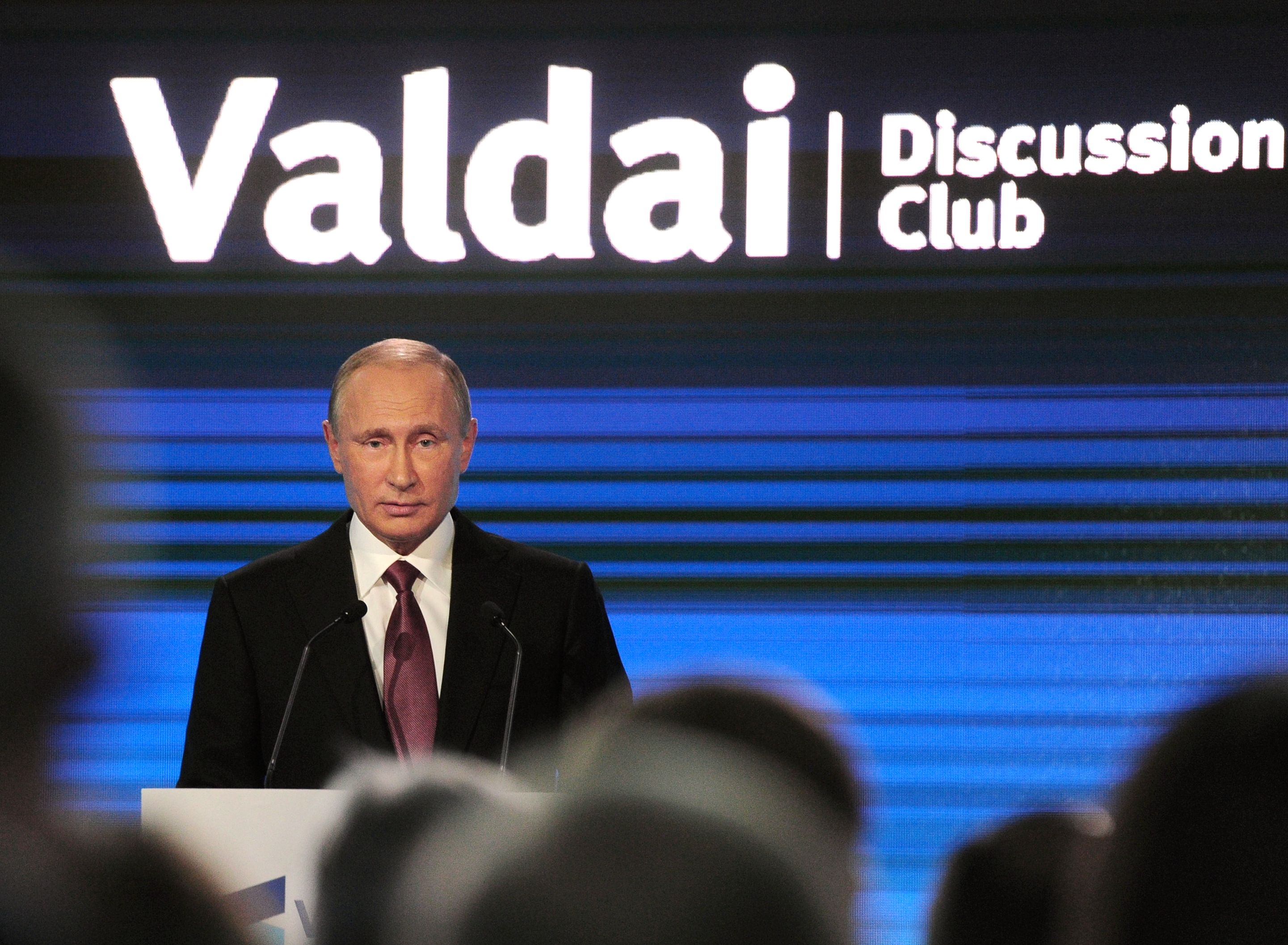 Last, all of these developments come days before Putin is due to deliver an important speech at the Valdai Club, a think tank with close ties to the Kremlin designed to build connections with the West. Since 2003, the think tank has held an annual forum that culminates with a formal address delivered by Putin. (An extensive press conference follows.) He often uses these speeches to make important political statements, usually related to foreign policy. Putin’s spokesperson has already said that the president will make an important announcement this year. Political analysts have speculated that he will make a push for better U.S.-Russian relations or that he will announce he’s running for president in 2018.

Around the world, the U.S. is bogged down with military and political conflicts. Washington wants to reduce its involvement either by finding a resolution to these conflicts or by offloading them to others. And since the status of Ukraine is relatively inconsequential to the United States, Washington is open to negotiations. Ukraine, however, is vital to Russia, which needs a buffer space between its core and Europe. Given that Russia does not have the resources to continue actively fighting in Ukraine, it would be willing to accept a frozen conflict there if it meant that the West would curb its influence.

None of these signs prove that Russia and the U.S. will reach an understanding on Ukraine, of course. The two countries may have held talks earlier this month, but any number of things could derail negotiations. For now, though, there are indications that talks over a settlement are continuing, if you know where to look.

In South America, US Influence Faces a Backlash