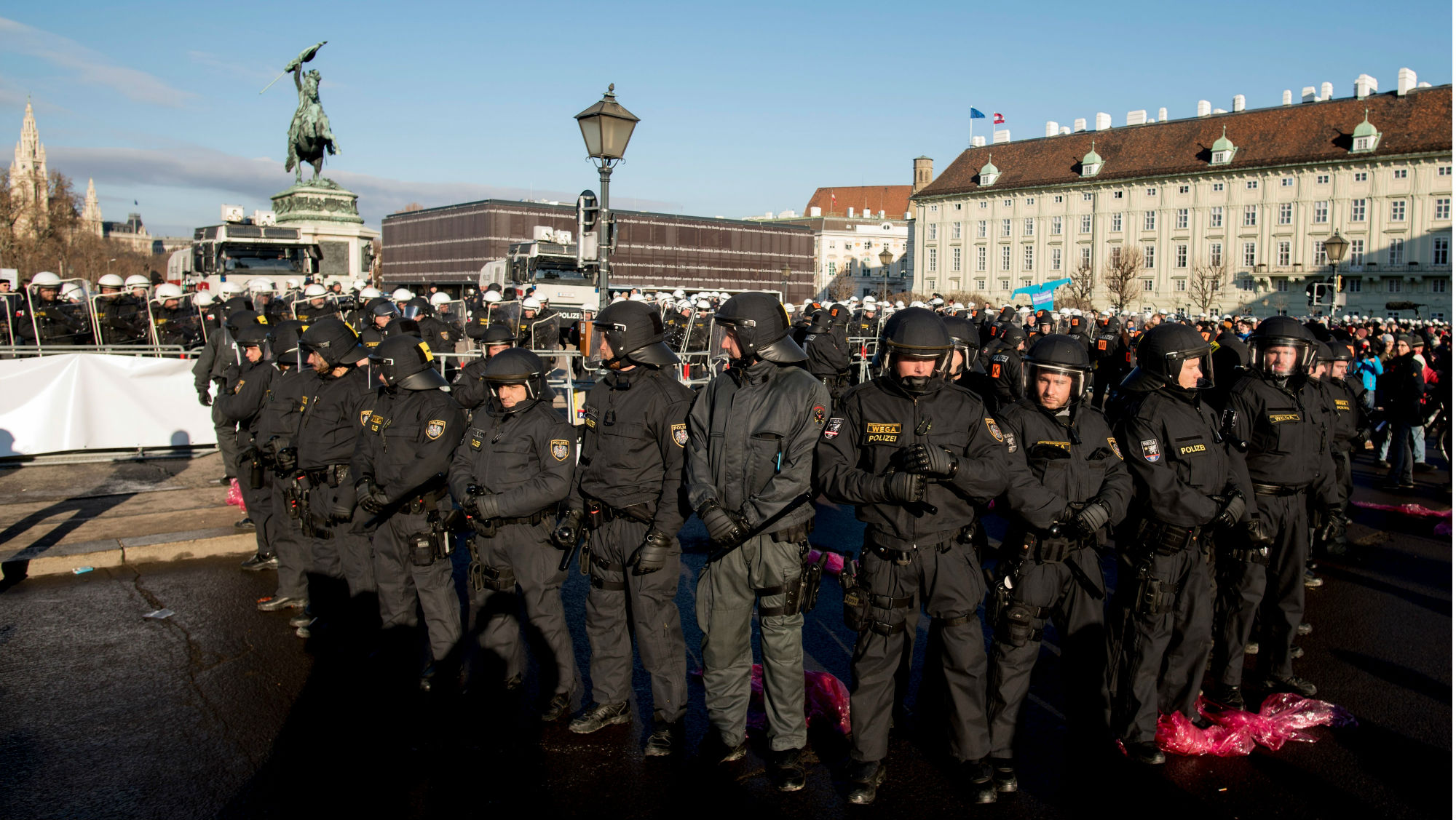 In Europe, the increasing popularity of anti-establishment and far-right movements is nothing new. What’s new is the growing split between Brussels and some member states on how to deal with Russia. Austria is a case in point.

After weeks of negotiations, a coalition between the conservative Austrian People’s Party and the far-right Freedom Party was sworn in on Dec. 18. The last time these two parties governed the country, from 2000 to 2007, all European Union member states as well as Israel imposed a diplomatic boycott on Austria in protest. They objected to the nationalist stance of the governing parties and what they saw as the Freedom Party’s neo-Nazi agenda. The United States and Israel recalled their ambassadors until a Freedom Party leader resigned from the government and the European Commission confirmed that Austria was indeed committed to European values.

But these are different times, and populism and nationalism are now part of mainstream politics for many European countries. The United Kingdom has already voted to leave the union, and Poland is engaged in a constant war of words with Brussels over whether it is violating EU values. Brussels might seem alarmed by the new Austrian government, but its nationalist sentiments are not novel at this point. In fact, Austria is just the latest country with a democratically elected government that opposes many of the policies coming out of Brussels. Chief among them is the EU’s Russia sanctions policy.

Unlike far-right parties in the Netherlands, Germany and France, the two nationalist parties in Austria have not called for stopping EU integration or dismantling the eurozone. They have, however, said they want friendlier relations with Moscow. What exactly that entails is unclear, but it could involve easing restrictions on Russia. The Freedom Party has even signed a cooperation agreement with Vladimir Putin’s United Russia party and has said it would support lifting sanctions on Russia.

This difference of opinion on how to deal with Moscow could be the next battle brewing for Brussels. The EU would oppose any easing of sanctions, but the problem for Brussels is that it is member states, not EU bureaucrats, who will decide whether sanctions will be extended. (Economic sanctions imposed on Russia following its annexation of Crimea have already been extended until Jan. 31, and other restrictive measures have been extended until March.) Since decisions on sanctions need to be made by consensus in the European Council, the Austrian government could simply refuse to go along with their extension, which would effectively tie the EU’s hands. 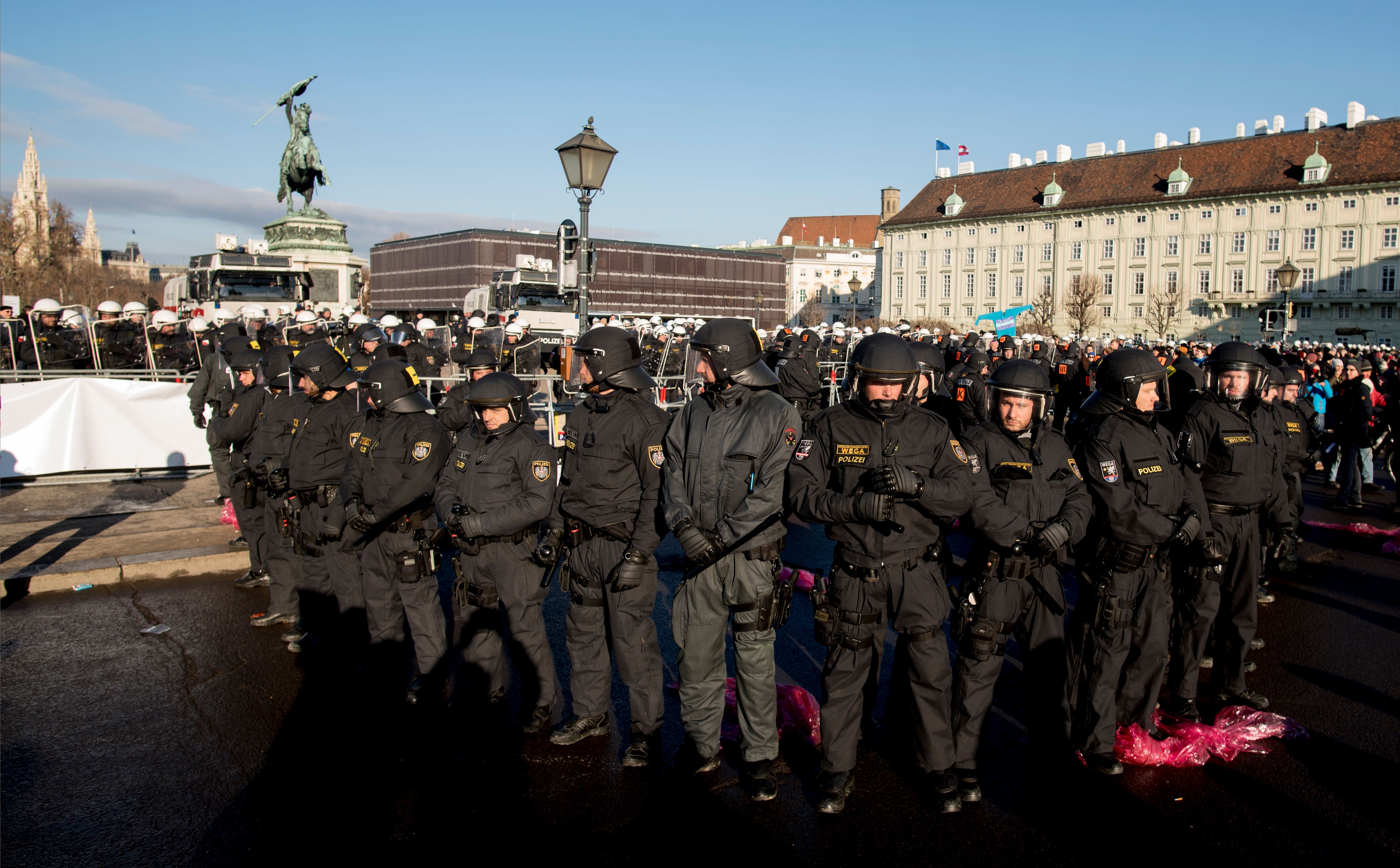 Riot police form barricades during a protest against the new Austrian government near the presidential palace in Vienna, Austria, on Dec. 18, 2017. JOE KLAMAR/AFP/Getty Images

And Austria might not be alone in its opposition to these restrictions. Since they were imposed in 2014, the measures have hurt businesses in Germany, France and Italy. As a result, over the past year, there have been growing calls from these three countries to lift or ease sanctions.

In Germany, Chancellor Angela Merkel is in talks to form a new coalition government with her main rivals, the Social Democrats. Neither the Social Democrats nor Merkel’s Christian Democrats won enough seats in September elections to form a majority government, but Merkel wants to avoid another round of elections that could see the nationalist Alternative for Germany party win even more seats. (In September, it became the third-largest party in the Bundestag.) But to form a coalition, the Christian Democrats have to offer certain concessions, which may include giving the Social Democrats the finance minister position, a key post considering its influence over the country’s economic policy.

The Social Democrats during the election campaign hinted that they would support easing sanctions on Russia. As the European economy continues its slow recovery, Germany is increasingly looking to Russia as a potential partner. Germany is dependent on export markets, but slower demand from Europe and China, and stagnant demand from the United States, mean that Germany could benefit from having access to the Russian market. So while the EU denounces Austria’s Freedom Party for opposing sanctions, the de facto leader of the EU may itself adopt a softer stance on Russia in the future.

If Austria manages to ease Russia sanctions, therefore, it may actually be doing some EU members a favor. Countries like Germany wouldn’t have to overtly challenge the U.S. by opposing sanctions. Instead, they could blame the far-right party in Austria for forcing the EU to ease restrictions while quietly benefiting from the shift. The new Austrian government could therefore be paving the way for a new coalition in Europe against Russia sanctions, albeit an unspoken one.

What We’re Reading: Merkel and Chopin