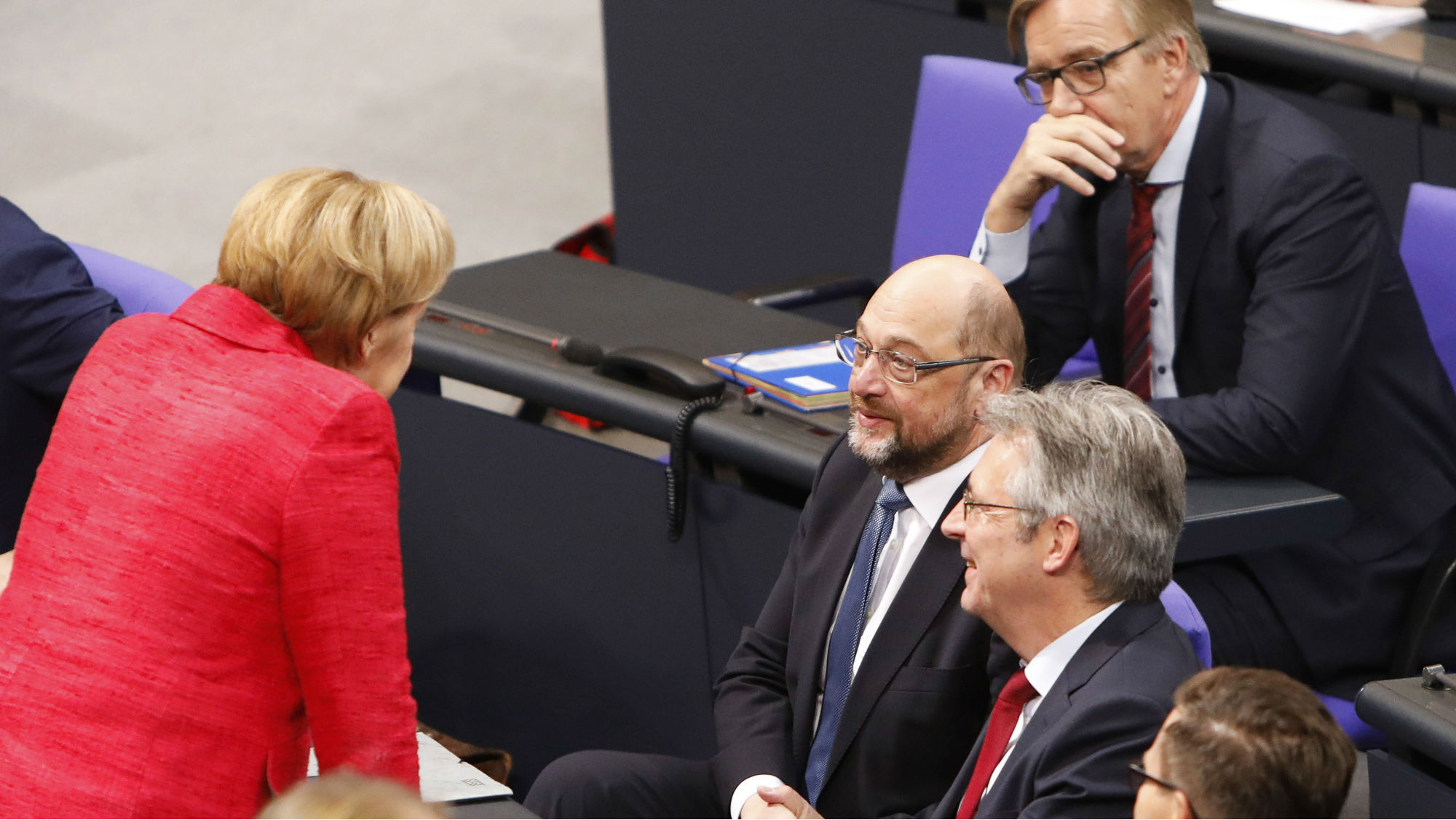 Germany has been the stable center of the European system for decades. It has the fourth-largest economy in the world and the largest in Europe. Its society has been relatively cohesive within the framework that has defined Europe since 1989. Its political system has been solid during that time, with the country’s two main parties, the Christian Democratic Union and the Social Democratic Party, forming a governing coalition for much of the past 12 years. While the interests of European Union members have diverged since the 2008 crisis, and social and political tensions have torn at the fabrics of other nations, Germany has been the solid rock on which Europe has rested. It is not an overstatement to say that if Germany destabilizes, European institutions and the European Union as a whole will not survive.

Germany has not destabilized, but it is wobbling. One sign is the inability of German parties to form a new government since elections in September. A reason for this is that the political reality of Germany has shifted: Both the CDU and the SPD lost roughly 20 percent of their seats in parliament in the election; the Christian Social Union in Bavaria, the CDU’s long-time partner, lost about the same; and the two left-wing parties, the Greens and the Left Party, gained hardly any. Meanwhile, the right-wing Alternative for Germany, or AfD, gained 93 seats to become the third-largest party in parliament, taking most of its votes from the CDU and the SPD. In addition, the Free Democratic Party, a traditionally liberal party dedicated to free markets with a minority euroskeptic faction, became the fourth-largest party after failing to win any seats in the previous election. 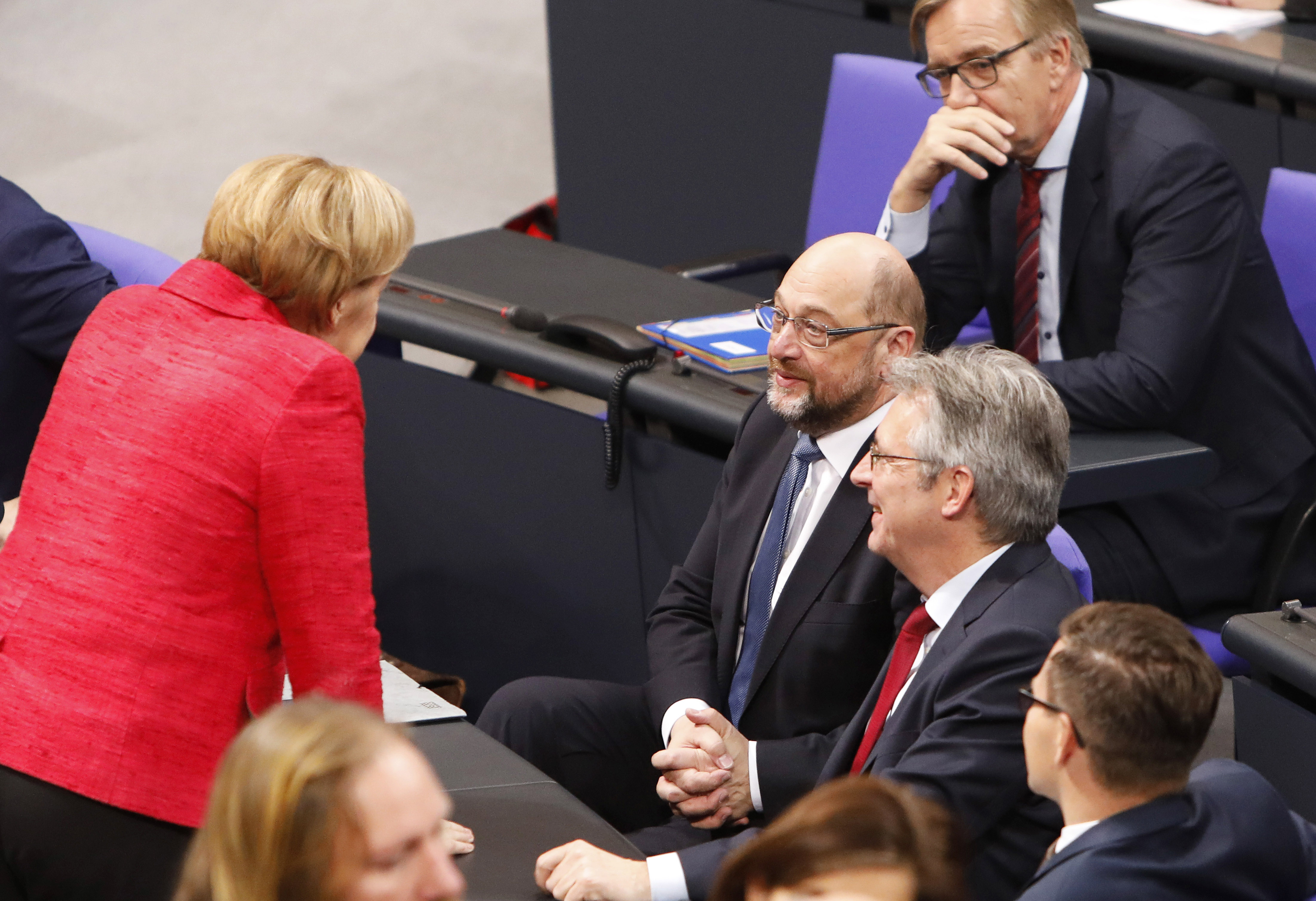 German Chancellor and leader of the CDU Angela Merkel (L) speaks with Martin Schulz, leader of the SPD, on Nov. 21, 2017, in Berlin during for the first session of the Bundestag, the German parliament, since the collapse of government coalition talks. MICHELE TANTUSSI/Getty Images

This is not an earthquake, but the ground has shifted. The CDU and the SPD can still form a grand coalition, but to date they have been unable to do so. There are, as in all political matters, many reasons for this, but the deepest reason is that the CDU and the SPD have evolved into effectively the same party. They have governed together, sharing the same Europhile ideology and holding similar views on the role of Germany and the manner in which German society should be run. The two major political parties have failed to provide the German public with different visions of the country’s future, and different views on the matters that concern Germans, like the EU, immigration and social programs.

As a result, other parties have emerged. These parties are too small to expect to govern, and therefore they don’t necessarily need to hold positions that have broad appeal. Instead, they have carved out niches with views designed to bring together fragments of German society. The left has been doing this for years, and now the AfD has stepped up to represent the nationalist right, while the Free Democrats represent a vaguely libertarian position. None of these parties will rule, but together they constitute the only opposition to what are called the mainstream parties. The problem is that the mainstream consists of many lesser streams, and the subtleties of even the governing coalition have been forgotten. This is one factor that has led to resentment toward this political hegemony. The marginal parties attract not only fellow ideologues, but also those who are repelled by the decline in debate between the major parties. The SPD therefore is being very cautious in accepting a place in another coalition government. Germany needs mainstream parties that debate and disagree, not a hegemonic center that generates revolts from the margins.

Politics is, for the most part, uninteresting from a geopolitical perspective. Watching the personal ambitions of various players getting cloaked in useful principles rarely reveals the underlying social realities. But we live in a time when politics in the United States, the United Kingdom, Germany and other countries reveal the deep social tensions that must be addressed. The anger between factions is real, and bringing them to light is the only way to address them.

Germany is not Angela Merkel, although she has skillfully built a political center that claims to speak for the whole country. But Merkel has also created an opposition that is now challenging the center on a range of issues. When a grand coalition ignores the dissenters or pretends that they are merely cranks, the ground under the coalition weakens. There is in fact a great debate in Germany over the country’s future on issues from the role of German culture to the welfare state. A grand coalition brushes these matters aside, and the more it does that, the more the political system and social reality will diverge, until the earthquake inevitably arrives.