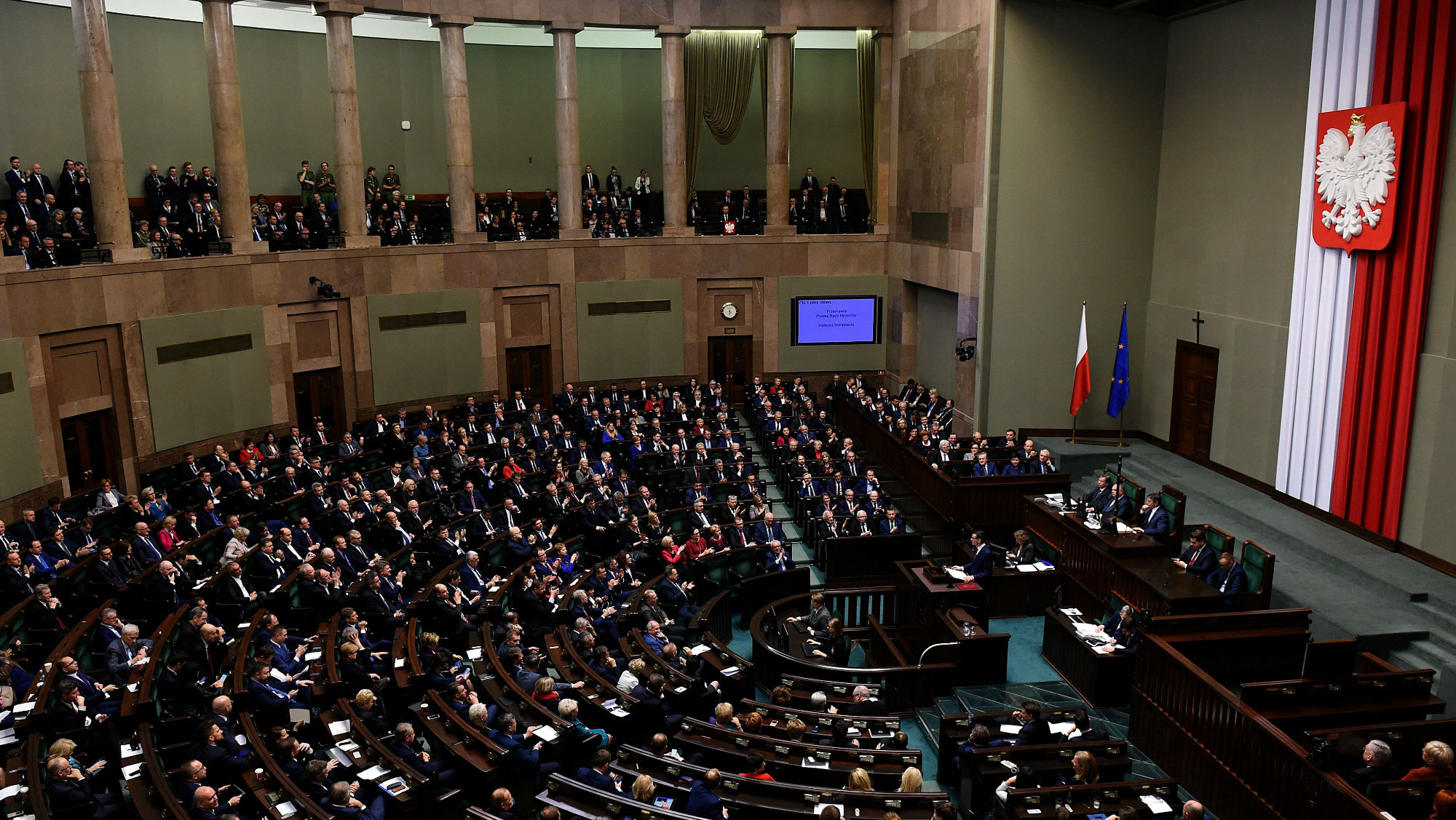 The European Union is engaged in a two-front fight for its own survival. On the western side, the United Kingdom has voted to leave the EU, and Brussels and London are struggling to find a mutually beneficial basis for the future. To the east, the bloc has admonished the government of Poland, an EU member, for actions it deemed undemocratic. It is threatening to bar Poland from the EU decision-making process and to cut off funds that it gives Poland under its own formula.

Once the Brexit vote was cast, confrontation was inevitable. But facing off with Poland, the largest country in Eastern Europe, at the same time as the Brexit negotiations was a choice – and on its face, a strange one. This oddity is compounded by the fact that Poland is not alone in facing Brussels’ ire. The charges made against Poland are similar to those made against Hungary, and there are similar rumblings in Brussels about the Czech Republic, although it has not matured into a full confrontation except over immigration. Put another way, a major western power is pulling away from the EU at the same time that the EU appears to be pushing away a substantial part of its membership in the east.

On an abstract level, it would seem that the periphery of the European Union is pulling away from the center. And the center has quietly debated whether that’s a good thing. There has been some talk in the central region of either creating a separate union consisting of Germany, France, Belgium and the Netherlands, or creating a bloc within the existing bloc. The point would be for these countries to stop being responsible for countries not ready to operate at the center’s level of performance. It would mean that southern Europe, with its economic problems, and Eastern Europe, with its distinctly different political culture, could go their own way.

It would seem that this is what the EU is doing now, though if so, it is happening unconsciously. The European Union is not a nation-state; it operates by process. It struggles with flexibility, even when, as in the case of the Brexit talks, both parties need a deal. Similarly, participation in the bloc comes with conditions that limit what countries can do internally, and even if it is locked in painfully difficult negotiations with the U.K., the EU is prepared to challenge the eastern bloc, almost as though it were on autopilot. The EU has many problems, but perhaps the most interesting is this: It wants to be a unified entity, but the rules that create its process keep it from acting with geopolitical rationality.

Brussels’ criticism of Poland is that it is behaving undemocratically. Last year, the government took steps to gain more control over television and radio outlets, and now it is discussing legislation that would place restrictions on foreign media. The epicenter of the storm, however, is Poland’s plans for judiciary reform that would give the government more control over supreme court judges and the courts in general. The counterargument from Poland is that its government was democratically elected. It did not hide its right-wing proclivities from the voters, but on the contrary, emphasized them. Everything it does now, it does with a democratic mandate. The same can be said of Hungary and the Czech Republic. So how can these countries be undemocratic? 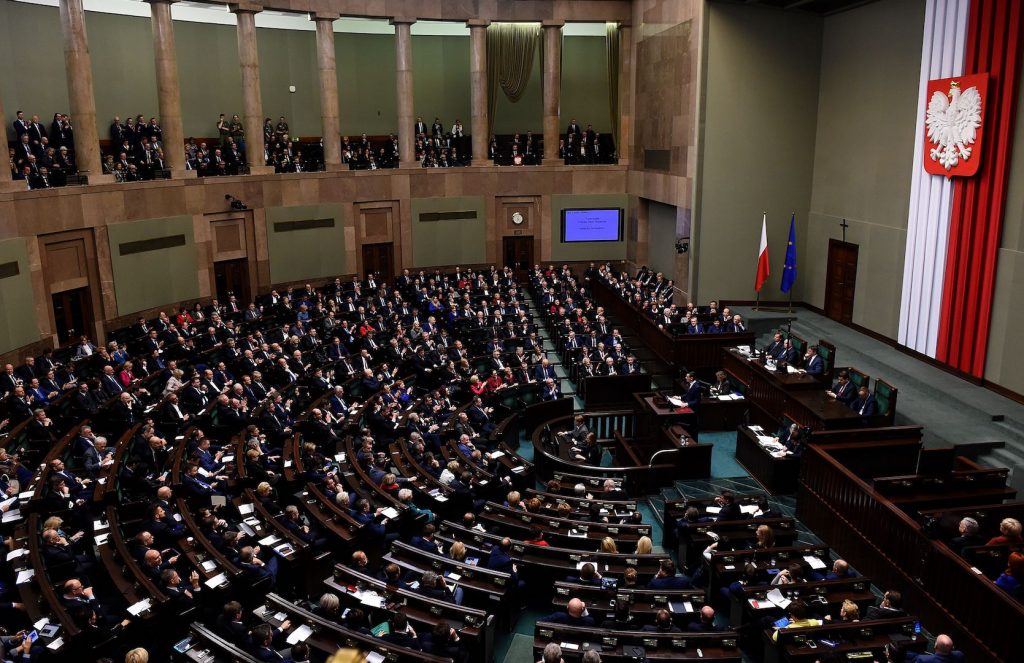 Incoming Polish Prime Minister Mateusz Morawiecki gives a speech to present his program to lawmakers on Dec. 12, 2017, at the parliament in Warsaw. JANEK SKARZYNSKI/AFP/Getty Images

The countries that founded the European Union had very different institutional structures. The United Kingdom had no supreme court until 2009, and it still lacks a written constitution. For a good part of the 20th century, it had only government-funded and government-run radio and television and barred other entrants to the market, though it had a vibrant and large publishing industry. France had a law making it illegal to insult the president. Germany barred any political movement that was deemed Nazi. These are not bad laws in the least. They were variations not on democracy – which all three countries were – but on liberalism. Each built a liberal democracy based on its history, and it was understood that there can be variations on the theme of democracy. The one thing that could not vary is the right to national self-determination through free elections.

When the EU was created, it was caught between two imperatives. One was to retain the right to national self-determination. The other was to harmonize the various members. Most of the harmonization that was accomplished was economic in nature, but the EU also pushed for political harmony. In practice, this meant limiting national self-determination to fit the standards of what was acceptable to the major members (with British oddities accepted but not recommended – Brussels expected written constitutions).

But then the EU admitted members whose histories differed from their own. This was particularly the case with Poland and other Eastern European countries. Poland, for example, was the first country that Nazi Germany invaded, and it experienced horrors that few other European countries have. After German occupation came Soviet occupation. The countries of Eastern Europe lived through a long, dark night. East Germany did as well, and the politics of that region bear the scars.

When the Eastern Europeans finally broke free of the Soviet Union, they dreamed of becoming European, which in their minds meant joining the EU and NATO. They created governments that emulated the Western European governments. It was a period in which these countries searched for redemption, and they believed redemption meant putting their past behind them. They bought into the idea of the European as a species of human, rather than simply a member of one of several nations that had signed the same treaty. The Europeans wanted them to harmonize, and they badly wanted to harmonize.

It has been almost 30 years since the Cold War ended. The generation that came to power in Eastern Europe and led their countries into the EU is mostly gone. The new generation in charge longs for the past. It is not always a pretty past, but then neither is Germany’s or any other European country’s. But it is their past, and the era of obsessive harmonizing with Europe is over.

What is clear about Poland, Hungary and the Czech Republic is that their publics chose not to harmonize with Europe, in the same way and for the same reasons that the United Kingdom chose not to remain in the EU. The process of harmonization is based on a homogenized sense of what it is to be European. Applied rigorously – on matters from nomenclature of cheeses, to how courts ought to be organized, to how many immigrants should be admitted – harmonization undermines national self-determination and national identity. Given the variations that are normal among democracies, Eastern Europe would assert its own right to idiosyncrasy; no one should be surprised when Hungarians elect a government that could not be elected in Luxembourg, because Luxembourg’s history is not the same as Hungary’s. But in the land of harmony, an act of disharmony is a threat to the system.

The European Union is following its process, but it is also trying to hold together something that is coming apart. It has tried to align national self-determination with harmonization, and it no longer works. It can’t let go of harmonization or all that would be left is a free trade zone, and Europe would go back to being a continent and not a proto-state. As the situation becomes more threatening, the threats become shriller, but the threats are simply reflexive attempts to keep the periphery from flying off in all directions and taking the center with it.

The periphery is coming apart. Whether those countries leave the EU, are pushed out or stay is of little consequence. The common experience of Eastern Europeans makes them unique. The experience of southern Europeans in the past 10 years makes them unique. Britain has never been anything but unique. And Germany is by far the most unique, the most unlike any other nation in Europe. What the EU doesn’t want to face is that Europe is a continent of many unique nations and nothing more.

The U.K. leaving and Poland being pushed out is not a strange geopolitical maneuver. It is simply part of an idea that could never have worked, and is not working.