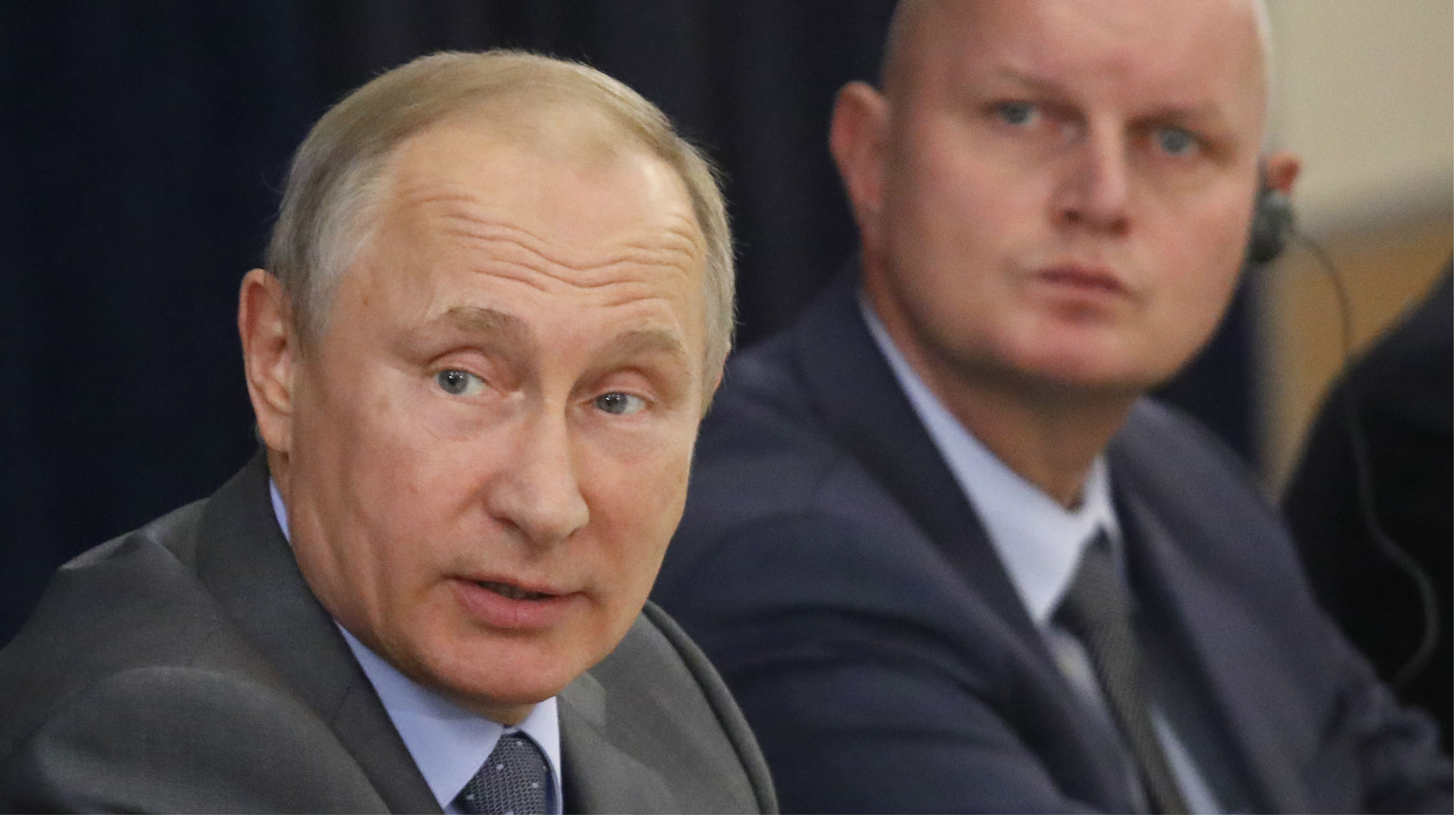 Last week, a delegation of executives from major German corporations met with Russian President Vladimir Putin. Such delegations are unremarkable. Sometimes they travel together to meet with foreign leaders. It is sometimes routine, sometimes a courtesy. But occasionally, it has significance. In the case of Russia-Germany relations, such meetings are always potentially significant.

There are two relationships that are central to Germany. One is with the European Union, the other is with the United States. Neither relationship is stable right now. Brexit, the Spanish crisis, Germany feuding with Poland and the unsolved economic problems of southern Europe are tearing at the fabric of the European Union. The Germans and the EU apparatus claim that none of these threaten the fundamental health of the bloc, and point to the fact that, almost a decade after 2008, Europe appears to be achieving very modest economic growth.

The Germans, of course, know the dangers that lie ahead, even if Brussels does not. Many of the EU’s problems are political, not economic. Poland and Germany have butted heads over the tension between the right to national self-determination and EU rules. This is also what Brexit was about. Spain is locked in a dispute over the nature of a nation and the right of a region to secede, while the EU considers what role it should play in the domestic matters of a member state. And although southern Europe’s problems are economic, the fact that Europe has eked out minimal growth means neither that such growth is sustainable nor that the growth rate comes close to solving the Continent’s deep structural problems. As the de facto leader of the EU, Germany has to appear confident while considering the implications of failure.

The German relationship with the United States is at least as unsettled – and not just because of President Donald Trump’s personality. The strategic and economic situation in Europe has changed dramatically since the early 1990s – when the Soviet Union fell, Germany reunified and the all-important Maastricht treaty was signed – but Germany’s structural relationship with the U.S. has not. Both are members of NATO, but they have radically different views of its mission and its economics. Germany has the world’s fourth-largest economy, but its financial contribution to NATO doesn’t reflect that. 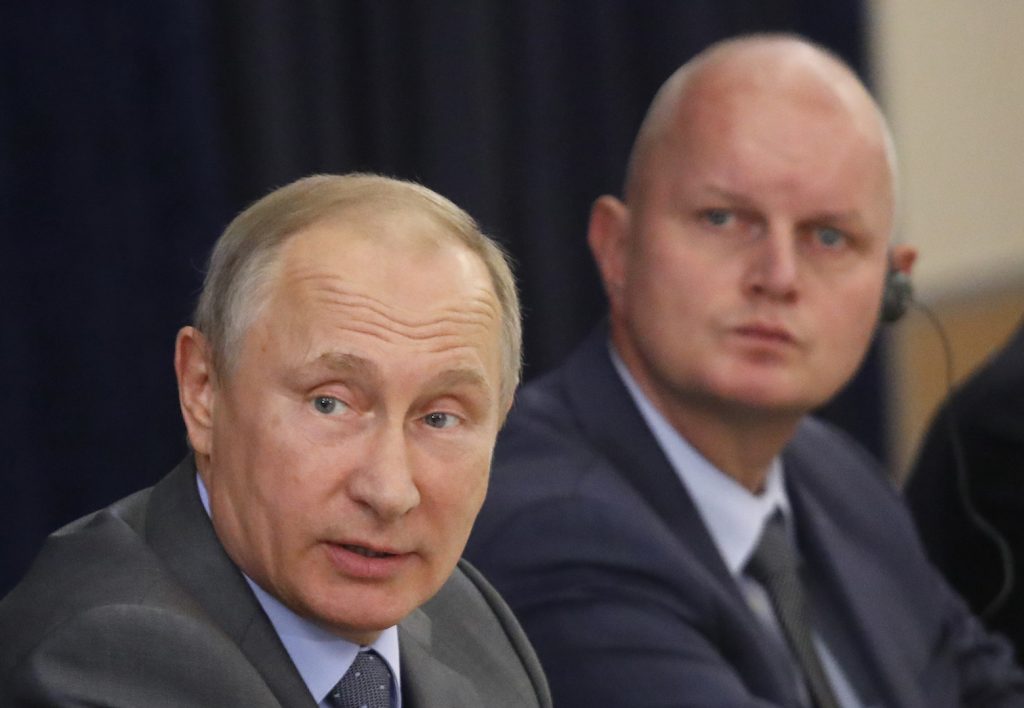 Russian President Vladimir Putin (L) attends a meeting in Sochi on Oct. 12, 2017, with heads of German companies. Chairman of the Management Board of METRO AG Olaf Koch is seen in the background. MAXIM SHEMETOV/AFP/Getty Images

Then there is Russia. The American policy toward Russia has hardened since the Democratic Party adopted an intense anti-Russia stance following the presidential election – more intense even than that of the Republican Party, which has always been uneasy with Russia. The Ukraine crisis continues to fester while U.S. troops are deployed in the Baltics, Poland and Romania. This has widened rifts within the EU. Germany isn’t interested in a second Cold War; Eastern Europe believes it’s already in one. The Eastern Europeans are increasingly alienated from the Germans on the issue and more closely aligned with the Americans. At a time when German relations with key Eastern European countries are being tested, the added strain of U.S. policy in the region is a threat to German interests. Germany wants the Russia problem to subside. The U.S. and its Eastern European allies think the way to accomplish that is through confrontation.

A Most Dangerous Option

Germany’s foreign policy has remained roughly the same since 1991, even as the international reality has changed dramatically. This is forcing Germany toward a decision it doesn’t want to make. But it must consider what happens if the EU continues to disintegrate and if European foreign policy and politics continue to diverge from its own. It must consider what happens if the U.S. continues to shape the dynamics of Europe in such a way that Germany will have to confront American enemies with it, or refuse to do so. This isn’t just about Russia – we can see the same issue over Iran.

Germany can’t exist without stable economic partners. Never has it been self-sufficient since it reunified. It must explore alternatives. The most obvious alternative for Germany has always been Russia, either through alliance or conquest. Germany needs Russian raw materials. It also needs the Russian market to be far more robust than it is so that it can buy more German goods. But Russia is incapable of rapid economic development without outside help, and with the collapse of oil prices, it needs rapid development to stabilize its economy. Germany needs Russia’s economy to succeed, and what it has to offer Russia is capital, technology and management. In exchange, Russia can offer raw materials and a workforce. An alignment with Russia could settle Eastern Europe in Germany’s orbit. With the way things are going, and given Germany’s alternatives, the Russian option is expensive but potentially very profitable.

But Germany has a problem with Russia. Every previous attempt at alignment or conquest has failed. Building up the Russian economy to create a robust market for German goods would certainly benefit both countries, but it would also shift the balance of power in Europe. Right now, Germany is militarily weak and economically strong. Russia is moderately powerful militarily and economically weak. An alignment with Germany could dramatically strengthen Russia’s economy, and with it, its military power. Having moved away from the United States and de-emphasized military power in the rest of the European peninsula, Germany could find itself in its old position: vulnerable to Russian power, but without allies against Russia.

The corporate chiefs’ trip to Russia is not a groundbreaking event, nor does it mark a serious shift in German policy. But it is part of an ongoing process. As the international reality shifts from what Germany needs, Germany must find another path. In the short term, the United States is vulnerable to a cyclical recession, and hostility toward Germany is increasing in Europe, particularly in Eastern Europe. China is facing internal challenges of its own. There are few other options than Russia, and Russia is historically a most dangerous option for Germany.