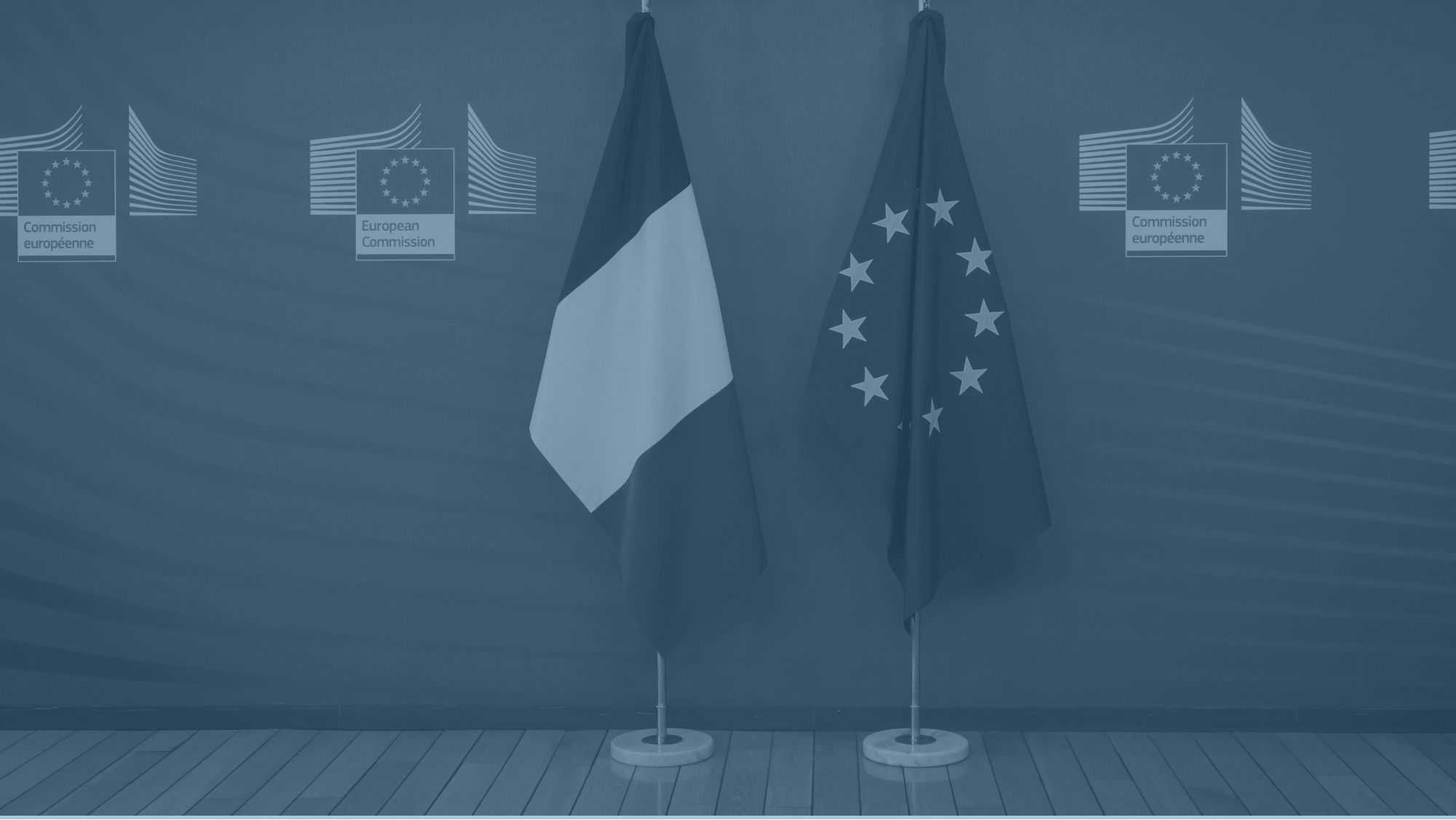 The European Union is what political philosopher Leo Strauss might have called a “heroic delusion.” It is a noble dream, a dream that the only thing necessary for peace in Europe is shared prosperity. And for a time, the EU was living the dream. The hardships of the 2008 financial crisis, however, showed what a flimsy basis shared prosperity was for the EU’s future.  Much of the infighting we observe today within the EU is a last-ditch effort by some to give the EU the types of powers it would need to forge an effective and politically sovereign entity. They are unlikely to succeed.

Take the bureaucratic spat between Poland and the European Commission. The two have long been at odds over the current Polish government’s desire to reform Poland’s judicial system in a way that gives it more power to select and remove judges. The latest chapter in the saga began Aug. 28, when Poland’s Foreign Ministry released a statement rejecting the commission’s critiques of Poland as “groundless” and sent a 12-page document of legal reasoning to Brussels to underscore the point. The European Commission fired back Aug. 31, with the deputy head of the commission saying the body would not drop the issue and would seek all means at its disposal to bring Poland to heel. The same day, in an interview with Le Point, French President Emmanuel Macron said Poland’s policies were “very worrying,” saying they call into question European solidarity and even the rule of law itself.

This kind of back-and-forth isn’t all that unusual for bureaucracies such as the EU’s, but it ignores the inescapable dilemma: The Continent is populated not by Europeans but by several vastly different nations. The inability or unwillingness to understand as much was apparent in the rest of Macron’s interview in Le Point. When asked how he would revive Europe, his first answer was, “I believe in Europe.” To believe in Europe is to confess that the existence of “Europe” as a political entity is based not on fact or shared interest but on hope. Hope is a good thing, and there is a time and a place for it. But hope is not what defines lasting political realities.

I don’t mean to deride Macron for suggesting a collective identity. Community, after all, is important. Humans formed them because the world is dangerous and volatile and, for better or worse, they have come to identify with them. After Hurricane Harvey, for example, Americans of all ethnicities, genders and political persuasions donated their time, money, thoughts and prayers to those in need. They did this because no matter their differences, they share an elemental bond of being American. 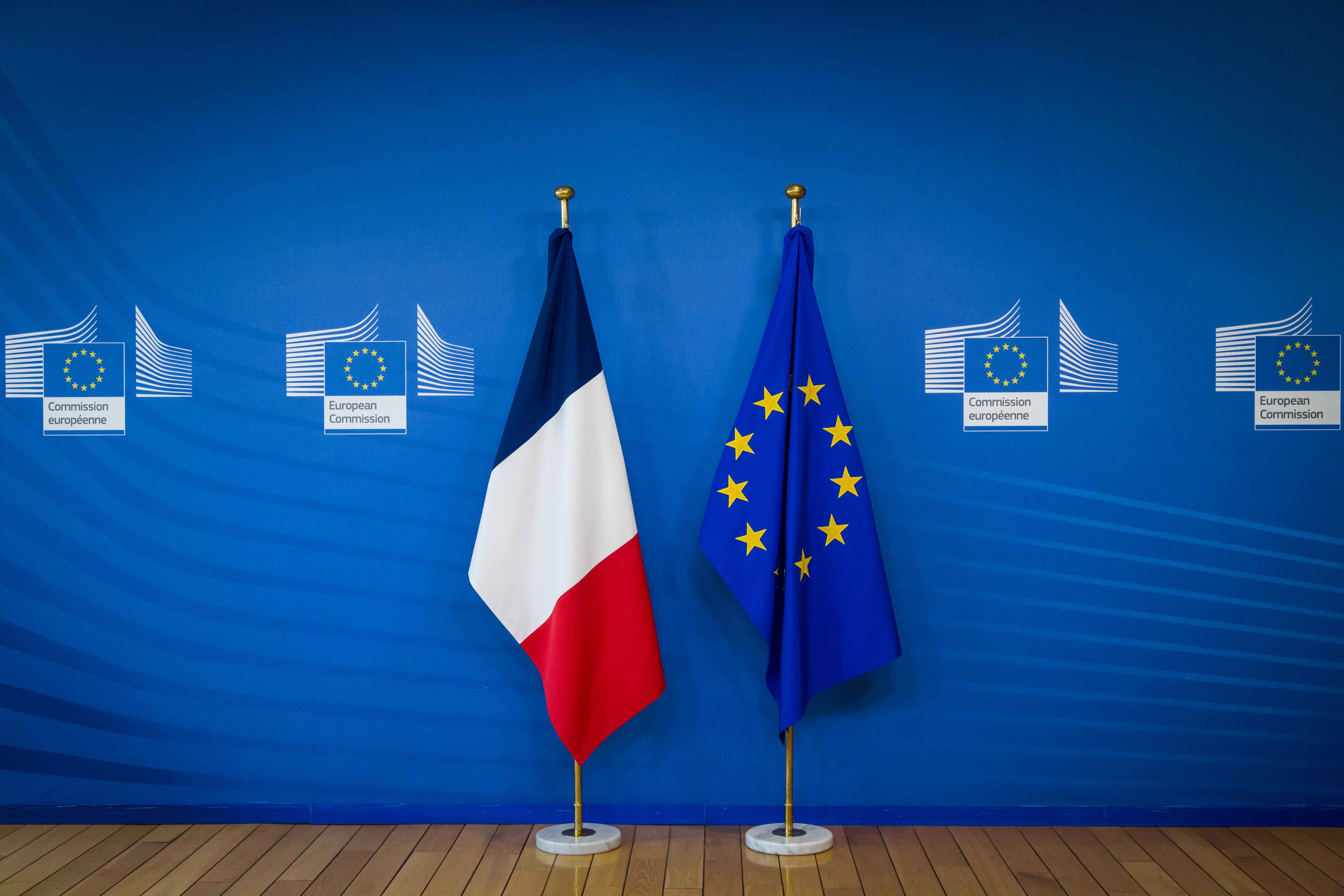 The problem is that the community Macron is talking about doesn’t really exist. At one point in the interview, the French president spoke of Europe regaining its sovereignty. The interviewer pushed back, noting with surprise that France’s pro-EU president would speak of sovereignty in his first major interview with the press. Macron, ever the believer, responded that he envisioned Europe as a continent “of the dimensions of American and Chinese powers.” Strictly speaking, Macron is right about Europe’s potential. The EU has a gross domestic product of around $16 trillion. That’s just a bit less than the GDP of the United States ($18.6 trillion) and almost a third larger than China’s ($11.2 trillion). Taken together, the EU has more than 500 million residents, making it the third-most populous country in the world after China and India – if it were a country.

This sense of community is alive and well in most pockets of Europe. And it has to be. In the era of the nation-state, governments are legitimized in part by their ability to represent and protect a particular nation: a group of people who speak the same language, who grew up in the same place, and who feel that if one of their own is under attack, then the nation is under attack. Even the most stalwart supporters of European integration feel a deep sense of national pride in their own countries. France, Germany and the other Western European states represent the very cradle of nationalism itself, and even the most passionate of EU supporters don’t want to surrender their national identities.

And yet the leaders of these countries cower in the face of their nationalists, no doubt a consequence of the Continent’s sordid history. After all, it wasn’t all that long ago that there were those who sought to conquer Europe with Panzer divisions instead of neoliberal trade regimes. But perhaps there is more than just fear of the past at work here. Perhaps there is also a yearning for the past too. Perhaps Western European countries are nostalgic, wistful for a time when individual European nation-states ruled the world, and cognizant of the reality that the only way that can come to pass again is if all of Europe’s vast geographic, military and economic resources are harnessed and directed toward the pursuit of one goal as opposed to 51 sets of different goals.

And therein lies the difficulty of talking about Europe. So diverse is the Continent that it’s often more useful to think of it regionally: Western Europe, Eastern Europe, Northern Europe, Southern Europe. (Useful doesn’t mean perfect. There are negative connotations associated with “Eastern Europe,” for example, as being considered retrograde or backwater. You might get into knock-down, drag-out fights in bars in places like Prague and Budapest if you suggest to a local that you are visiting eastern, and not central, Europe.) But even if these designations help to broadly explain sometimes-inexplicable dynamics, they still belie just how complex Europe really is. Countries such as Hungary and Poland, which we at GPF categorize as Eastern Europe, have been pushing back against the EU in recent years. Supporters of greater EU integration often try to single Hungary and Poland out as exceptions rather than as harbingers of future trends. They don’t see, for instance, that Hungary and Poland’s refusal to take the refugees the EU wanted them to take in 2015 wasn’t exceptional but was a sign of things to come (think of how much anti-EU sentiment over refugees shaped Brexit). They say, as Macron said last week, that Poland does not speak for Eastern Europe, that Hungary’s government does not speak for the true desires of the Hungarian people. They say that the masses of Europe are pro-European, and that Brussels is charged with safeguarding Europe’s cherished principles of tolerance, equality and freedom, and that if everyone would just follow the rules Europe would rule the world once more.

And they’re right, insofar as Poland does not speak for Eastern Europe. Hungary does not speak for Romania. But France and Germany don’t speak for Eastern Europe, either – the only times in history when they did was at gunpoint. Consider also the perspective of a country like Poland. Poland has roughly two-thirds the population of France. But in economic terms, Poland’s GDP is just under 20 percent of France’s. While Western Europe was rebuilt after World War II with American dollars, Eastern Europe languished behind the Iron Curtain. Now, Eastern Europe is emerging – more self-confident, more defensive of its independence, the most economically dynamic region in Europe. The government in Warsaw does not oppose the EU in principle. It wants to be treated fairly and reacts harshly when it faces what it sees as Brussels’ double standards.

The EU was not built to create a liberal democratic Europe. That was just its ideological raiment. The EU was created to tie Germany’s hands behind its back (and to tie Germany’s and France’s hands together) so that the Continent wouldn’t rip itself apart as it had in World War I and World War II. Countries like Poland are not willing to cede sovereignty to an institution that has no reason to care about them, other than a sheet of paper that says it should. Why would Poland want to leave its fate in the hands of a committee constituted by very few Poles that largely discounts Poland from its decision-making? Rightly or wrongly, Poland speaks for Poland, and Polish voters hold the Polish government accountable for how well it speaks for them.

The nobility of the EU’s dream does not have to die with the EU. Peace is never an eternal state of affairs, but perhaps it will last longer if countries treat each other as they are, and not as they would want them to be. Perhaps not. The only thing that is certain is that the future of Europe will be defined as it always has been: by decisions made in London, Paris, Berlin, Warsaw, Budapest, Belgrade, Rome and other national capitals. The EU may issue as many statements as it wishes, and no doubt will threaten to throw all the articles of the Maastricht Treaty at European countries of whom its bureaucratic institutions do not approve. Poland is the target now. That’s because Poland is changing Europe’s balance of power whether Brussels approves or not, and no amount of indignation, whether justified or not, about Polish judicial reforms can stop that train.

The US-China War Will Have to Wait