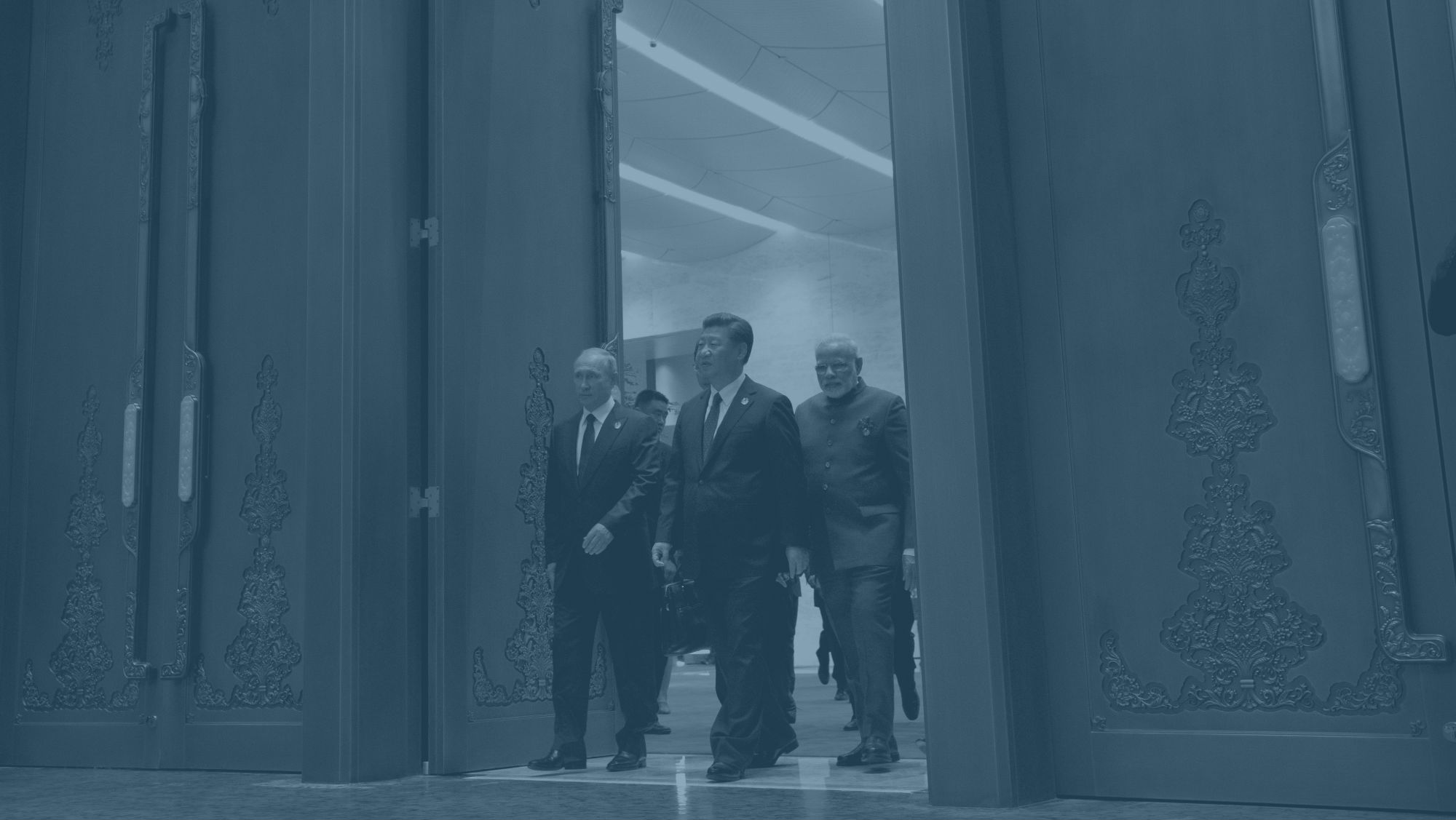 North Korea commands the world’s attention, but its nuclear test shouldn’t overshadow the important developments that happened earlier this week in other parts of the world. While North Korea and the U.S. were lobbing threats at one another, China’s president was purging generals in the People’s Liberation Army, Russia’s president was warning the U.S. against providing Ukraine with weapons, and the Islamic State’s very existence was being called into question.

China: No Time for War

Let’s begin with China. One of the most frequent questions readers pose to us is why doesn’t China simply take over North Korea and install a puppet regime in Pyongyang. (A few months ago, I watched George get into a debate at Mauldin Economics’ annual Strategic Investment Conference when a similar idea was presented as a realistic possibility.) There are a number of reasons China doesn’t want to do this, but the one I want to focus on here is President Xi Jinping’s ongoing drive to ensure the loyalty of the People’s Liberation Army not just to the Communist party but to himself as well. During a major reorganization of command structure and a purging of those not loyal to Xi is not exactly an opportune time to undertake a major military operation.

The most recent high-level purge was revealed Sept. 4, when unnamed sources told Reuters that the chief of the Joint Staff Department of the PLA (equivalent to the chairman of the Joint Chiefs of Staff in the U.S.) had been detained on corruption charges. This came just a few days after other unnamed sources told Nikkei that China was on the verge of doubling the number of vice chairmen serving on the Central Military Commission, with Xi loyalists poised to fill the newly created spots.

These purges are not out of the ordinary, nor do they indicate that Xi is facing any meaningful challenge to his leadership – at least not yet. These sorts of purges have been going on for years now, and occasionally at GPF we have gone out of our way to highlight when a particularly important official gets purged or when the reorganization of the command structure goes particularly deep. It’s an issue we constantly track because, for all of China’s acronyms and bureaucratic committees, ultimate power flows from the PLA and the Communist Party. Xi’s consolidation of control means he needs the PLA not just to be the enforcement mechanism of the Party but also to be loyal to its newly proclaimed commander-in-chief.

There is nothing in this most recent purge and command organization by itself that tells us much that we don’t already know: that Xi is ensuring that he can depend on the PLA’s loyalty to his rule ahead of next month’s much-anticipated Party Congress. It is worth highlighting today, however, both because of how high Xi’s purges have reached and because it shows that Xi’s main focus right now is on civilian control of China’s military, not sending it into battle across the Yalu River.

Meanwhile, Russian President Vladimir Putin had some candid remarks for the media at a press conference following the BRICS summit in China. The quotes making the headlines are the ones about North Korea: that North Korea “would rather eat grass” than give up its nuclear program and that Washington’s bellicose rhetoric could lead only to a “global catastrophe.” 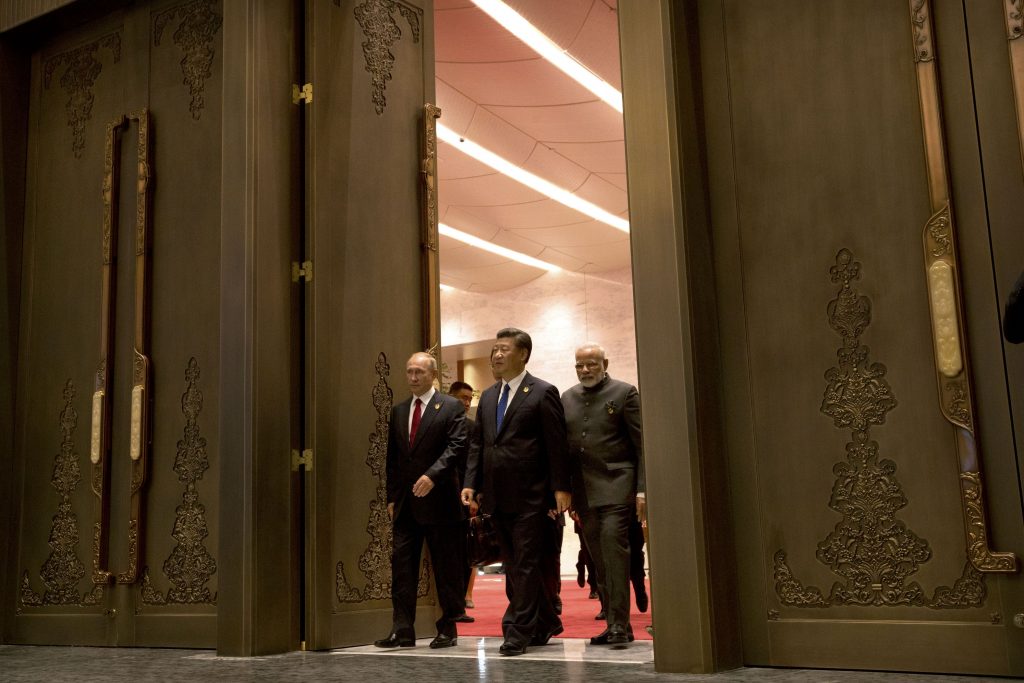 Those aren’t the quotes that got our attention. The first thing that jumped out at us was the fact that South Korea’s president came out Tuesday calling for improved relations with Russia, right before the Eastern Economic Forum in Vladivostok, at which both South Korean and North Korean representatives will be present. Russia is obviously trying to complicate matters for the U.S. wherever it can.

What also caught our attention was what Putin had to say about the frozen conflict in Ukraine. We have said this before, but it’s worth repeating: Maintaining Ukraine as a buffer to Western Europe is a national security interest for Russia. The 2014 revolution deposed a pro-Russian regime, and all Russia got to show for its vast power and influence was the annexation of Crimea, a frozen conflict in Donbass, and a pro-Western government in Kiev. Now the U.S. has raised the possibility that it will provide the government in Kiev with weapons it can use to defend itself against Russia. That was what U.S. Secretary of Defense James Mattis said when he visited Ukraine earlier this month. But we also know that the U.S. special envoy to Ukraine and one of Putin’s most important aides met in Minsk on Aug. 21 and that the statements afterward were constructive if not amiable.

Putin went out of his way to make two things clear in his comments at the BRICS press conference. First, that Russia is not spoiling for a fight. Russia does not want the U.S. to supply Kiev with weapons, but even so, Russia can’t respond with force: Its military is not strong enough to take Kiev, let alone to weather a U.S. response. This is why Putin said that even if the U.S. supplies the weapons, “this decision will not fundamentally change the situation.” Russia can tolerate a pro-Western government in Kiev so long as that government isn’t also armed to the teeth by the West.

Putin also made it clear, however, that there would be other consequences, even if he was vague about what they would be. He referred to other “conflict zones” and how the situations there might become unstable should American weapons find their way to Kiev. This seems an obvious reference to the Caucasus, where we have been keeping a close eye on various anomalies ever since the U.S. passed new sanctions against Russia in August.

It’s fitting that we end with the Islamic State, which may itself be nearing its end. When last we looked at the Islamic State’s tactical position in Syria and Iraq, we noted that IS had essentially decided to give up Raqqa, the capital of its self-proclaimed caliphate. In all of our analysis of IS, we have treated it as we would treat any state. Our analysis told us that the Islamic State’s core territory was the thin but heavily populated areas between Raqqa and Deir el-Zour. That IS was pulling its best fighters and much of its resources out of Raqqa was a telling sign of how much pressure the Islamic State was under. Still, IS left enough fighters in the city to keep the U.S.-backed Syrian Democratic Forces bogged down in urban warfare while it retreated deeper into the Syrian desert, greatly increasing the importance of Deir el-Zour.

On Sept. 5, however, Deir el-Zour came under attack from the Syrian army, which was supported by Russia. Syria’s official news agency reported that the Syrian army had broken the siege of Deir el-Zour and linked up with Syrian forces that had survived for three years around the city despite being surrounded by IS fighters. Breaking the siege around the military base where these Syrian army forces have been holed up does not mean Deir el-Zour is in danger of imminent collapse. The Syrian army has had to extend its supply lines deep into the Syrian desert, which makes them vulnerable to IS counterattack. Conquering Deir el-Zour will also not be easy work for the Syrian army. The city had more than 200,000 residents before the Syrian civil war began, and that means the Syrian army will face all the difficulties that urban warfare presents against a determined enemy that is beginning to look like it has its back against the wall.

In GPF’s forecast for 2017, we noted that IS would come under considerable pressure in its core territories but that we expected it would retain territorial control until at least the end of the year. The Islamic State is now facing the considerable pressure we forecast, and while our timeline still holds for now, the possibility that IS will retreat and melt away into the local population and the deserts and recast itself as a more traditional guerrilla group gets higher with every loss it takes. IS has proved time and again that it is willing to retreat and to play the long game. It is not interested in its fighters’ embracing martyrdom for the sake of martyrdom. IS wants to build a new world here, and for that, its adherents must be alive. If IS feels it can no longer hold the line, the last phase of this battle may go much more quickly than it has up until now as IS withdraws and goes back to its roots, blending back into the local surroundings and biding time for the type of power vacuum that enabled its rise in the first place.

None of these developments happen in a vacuum, of course. The prospect of defeating IS may free the U.S. up to consider other imperatives and may sour U.S.-Russia relations even more, since the fight against the Islamic State is the one place Washington and Moscow have consistently found common ground in recent months. If the U.S. decides to push the envelope in Ukraine, it may lead to problems elsewhere in the world where Russia will try to use what influence it has to keep the U.S. distracted. Whether Xi’s control over the PLA remains firm has implications for what China can do with regard to both controlling North Korea or responding to a potential U.S. military action against Pyongyang’s nuclear weapons. It’s all the more important to remember how interconnected geopolitics is when one story is attracting the lion’s share of attention at the expense of others.