North Korea, China, Russia and Venezuela are all countries that pose very real but different kinds of problems for the United States. These countries have made headlines in the U.S. in recent days, and we will unpack them each separately. Collectively, they indicate that the U.S. has spread itself thin and has been unable to follow through on some of its threats. By themselves, these are all manageable issues for the U.S., but they are coming to a head at the same time and will force Washington to define its interests narrowly and to prioritize some issues over others.

The tension between the U.S. and Russia reached a boiling point when U.S. President Donald Trump signed a new sanctions bill that took aim at Russia and curtailed some of the presidency’s power to manage the relationship. At first, it looked to us as though Russia would find ways to push back against the U.S. in places like the Caucasus and Ukraine, and various small anomalies seemed to confirm this view. But Russian foreign policy is not monolithic, and it appears Russia is also reaching out to the U.S. to see if the situation can be managed. Russian newspaper Izvestia reported Aug. 10 that a Russian presidential aide would hold a meeting with the U.S. special envoy to Ukraine — the same official who raised the possibility of the U.S. providing defensive weapons to Ukraine.

The question now becomes whether a formal accommodation on the Ukraine issue is possible. The fact that this initial discussion is happening at the bilateral level, leaving out European officials, is an indication of its seriousness, as is the fact that Russia is dispatching an important official for the talks. Russia certainly may continue trying to create a distraction for the U.S. in places like the Caucasus to get Washington’s focus off Moscow. But the bigger issue for Russia may be to come to an understanding with the United States that protects Russian interests even if congressional sanctions remain in place. The U.S. is not going to abandon Ukraine, but it may be willing to formalize the frozen conflict in a way that allows Russia to save face. 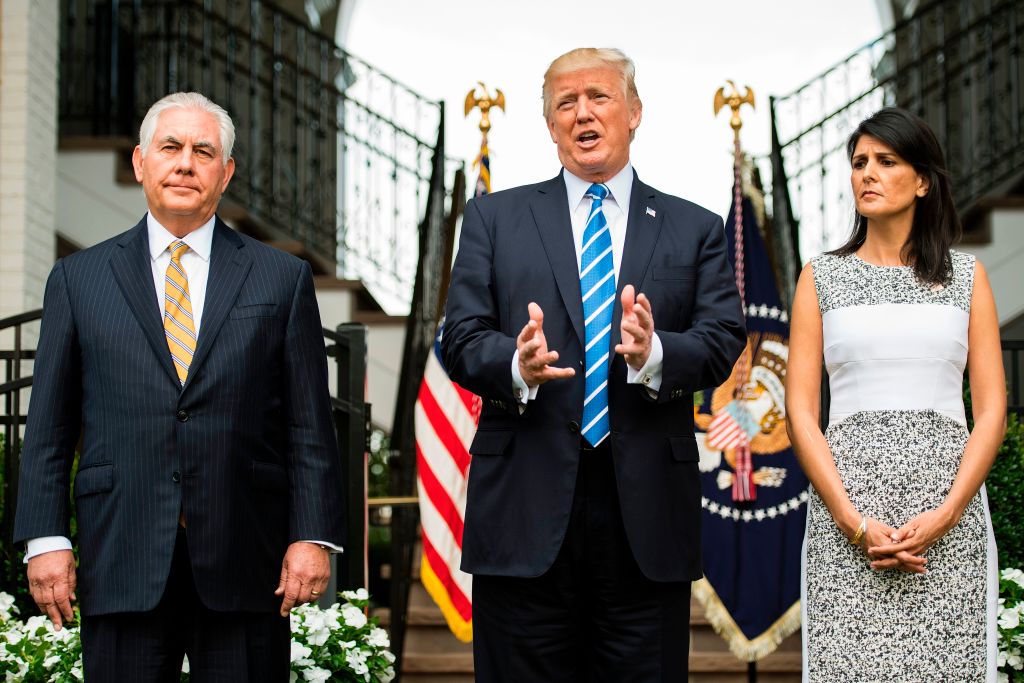 There is less chance of accommodation in the U.S.-China relationship. Trump is reportedly requesting an investigation into intellectual property theft centered on Chinese trade practices. If China had been able to stop North Korea from pursuing nuclear weapons, China and the U.S. may have been able to reach an agreement on their trade differences. But even if China has some influence over Pyongyang, it doesn’t appear to have the will to use it. That means that many of the trade issues that dominated Trump’s campaign rhetoric are going to come back to the fore. The U.S. has significant economic leverage over China, and if China cannot do anything for the U.S. in North Korea, the Trump administration appears ready to test its ability to shape Chinese behavior, at least in such a way that the Trump administration can claim it has made China play by its rules.

U.S. interests in Venezuela seem less immediately important, but in a sense, they are even more deeply rooted in U.S. geopolitics than any of the others mentioned here. Trump’s comments last week that a military option to deal with the rapidly deteriorating situation in Venezuela seem jarring, especially in the context of the myriad other conflicts the U.S. is involved in. But the way in which Trump says things again obscures the fact that he is a product of U.S. interests, and not a driver of them. U.S. domination of North and South America is one of the United States’ oldest strategic imperatives. U.S. opposition to European colonialism in the Americas, articulated in the Monroe Doctrine and the Roosevelt Corollary, and its support of regime change in various South American countries as well as in Mexico and Cuba are all manifestations of this imperative at work.

Venezuela is a major oil producer and located in a strategically significant area. It can thus be used by U.S. adversaries to threaten U.S. interests. It is not a coincidence that China has been one of Venezuela’s major creditors for years, or that cash-strapped Russia has reportedly stepped up its financial support of Nicolas Maduro’s government in recent months. Russian oil company Rosneft has executed a debt swap and provided a loan to Venezuela’s state oil company PDVSA. Shares in Citgo, a U.S.-based oil refiner owned by PDVSA, were used as collateral for the loan, meaning that if the company’s debts go unpaid long enough, Russia could control a major U.S. oil refinery.

Venezuela’s defense minister described Trump’s comments about military invention as “an act of craziness,” and he may be right, but it’s important to remember that the U.S. does have an interest in how things in Venezuela shake out. Washington doesn’t want the chaos there to allow foreign influence to gain strength and threaten its dominant position in the Western Hemisphere.

The most pressing issue in U.S. foreign policy right now, however, is North Korea. A report from Aug. 11 that back channel talks between the two countries have been ongoing for several months may seem like a hopeful sign that a peaceful resolution will be found. But the news of these talks should not come as a revelation. There have been a number of other exchanges, all of which resulted in little progress toward a resolution.

Rather, what is strange and somewhat ominous is that anonymous U.S. officials leaked the existence of the back channel talks along with the identities of the principals involved. These talks can’t be conducted in secret when the media is reporting on them. Bringing them to light might force the parties to make the talks formal, a step Pyongyang isn’t prepared to take. The U.S. appears to be trying to make it public knowledge that it is exploring every avenue to avoid using force so that if and when the U.S. does intervene, it can say that it left no stone unturned. If the back channel talks were going well, we likely wouldn’t have heard about them until an agreement had been reached. The fact that they were leaked and that neither North Korean tests nor U.S. military exercises in the region are decreasing can be read as a sign that the trajectory is still trending toward war.

In short, the U.S. is facing a number of challenges to its interests, and the old adage “when it rains, it pours” seems to be appropriate. The North Korea issue remains the dominant one, and it appears that the U.S. is either going to have to accept a nuclear North Korea or intervene militarily. This will complicate U.S. relations with Russia, China, Venezuela and other countries with which the U.S. is clashing, not to mention its engagements in the Islamic world. The U.S. is a country of immense power, but the crown lies heavy right now, and power is ultimately a finite resource. 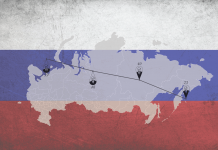 Free Trade and the Crisis of the Exporters