Peace talks elicit a great deal of public attention, which is natural considering the human need to bring an end to conflicts. Confabs where parties are expected to sit down and negotiate their way out of war tend to generate a great deal of media attention. What is often missed is that very few of these sit-downs are serious efforts to end fighting. Many – if not most – of these conferences take place because the benefactors of the belligerents or the mediators need to show their respective audiences that they are working toward peace even though they know that the war at hand will be waged for a long time.

Yet another round of Syrian peace talks is scheduled to start today, this time in Kazakhstan’s capital of Astana. This latest attempt to bring an end to the nearly six-year conflict in the Levant is being described as different than previous attempts. The argument is that these negotiations will be different because Russia and Turkey – the principal backers of the main belligerents – have come to terms with each other. But we have heard similar optimism before, only to be disappointed. 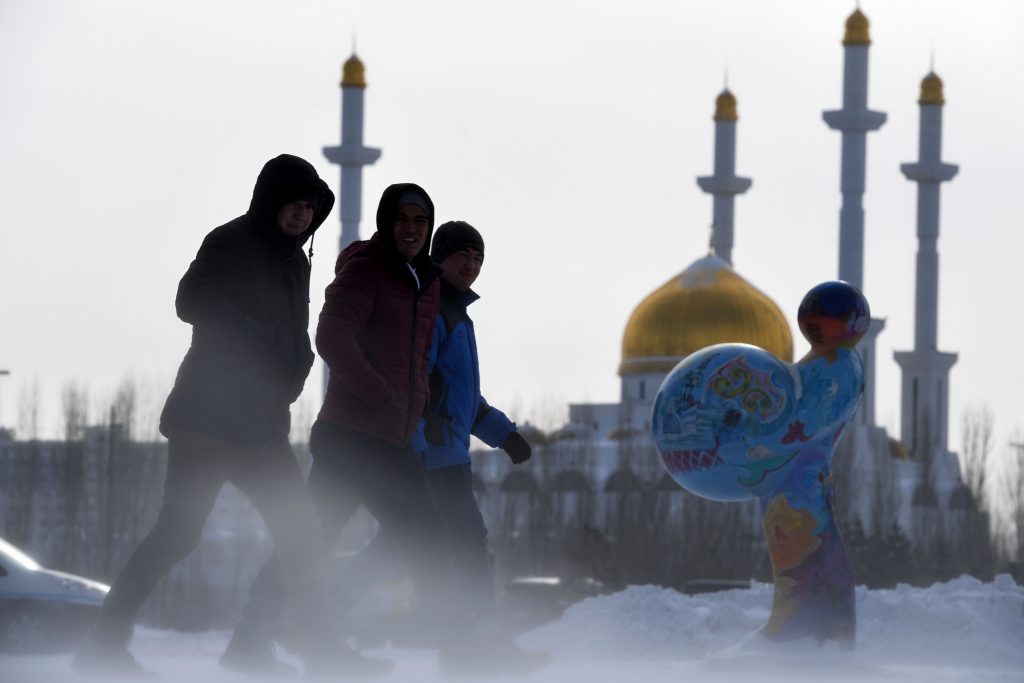 The Nur-Astana Mosque in Astana, Kazakhstan, on Jan. 22, 2017. Astana peace talks are set to begin Monday, the first time a delegation exclusively composed of Syrian rebel groups will negotiate with the regime of Syrian President Bashar al-Assad. KIRILL KUDRYAVTSEV/AFP/Getty Images

As a geopolitical intelligence analyst, I’ve given hundreds of media interviews over the years since I started in this business. I have lost track of how many times I have been asked to comment on peace negotiations that eventually failed to produce peace. Each time the media portrays an underlying hope that maybe this time things will be different. With a few exceptions, my response usually was that talks were going nowhere.

There always will be a next time when I am asked to once again address the same question. Therefore, I thought it would be useful to talk about why many peace negotiations are fluff. Let us consider these latest Syrian talks jointly sponsored by Russia and Turkey. That the principal patrons of the regime and the rebels are involved in the negotiating process alone does not mean they will succeed.

In fact, they will likely fail. To understand why, we must examine the context in which talks are being held. This latest negotiation comes within weeks of the regime’s victory over rebels in Aleppo. Driving out the rebels from the country’s largest city is the outcome of President Bashar al-Assad’s regime being in resurgent mode for some three years. The rebels have not been totally defeated as they still control neighboring Idlib province and have pockets of control near the capital, Damascus.

However, the rebels have been severely weakened and demoralized, adding to a problem that began on day one, which is that they are extremely factionalized. If the regime is winning, why would it want to seriously negotiate with an entity that has all but lost the war? Conversely, what do the rebels expect to gain from negotiating when they bring very little to the table? The regime has no incentive to enter into a power-sharing agreement with the highly factionalized rebels, and the rebels do not hope to get a slice of the political pie.

So, what is the real reason these talks are being held? From the rebels’ perspective, they need to remain relevant, especially given their military losses. From the regime’s perspective, it is an opportunity to shore up lost international credibility and appear as a reasonable actor. Russia and Turkey have their own respective axes to grind.

The Russians appear as a major international player as economic pain is eating away at their body politic. Moscow needs as much leverage as possible in dealings with Washington, especially as the new administration of President Donald Trump appears willing to do business with Russia. Turkey has an imperative to manage Syria and work with Russia. The rebel disarray has weakened Turkey’s hand, and these talks offer a way for Turkey to regain its bargaining position.

Therefore, what we have are talks that will not lead to peace, but rather serve other purposes, depending on which actor we are talking about. Another popular misbelief about peace talks is that cessation of hostilities is a necessary prerequisite. On the contrary, warring sides can only compel each other toward a settlement if they maintain the threat of war. For this reason, it is normal for peace envoys to sit across the table in civil dialogue while their respective military forces are slaughtering each other on the battlefield.

In talks that are seriously geared toward ending conflict, each side wishes to negotiate from a position of relative strength. The objective is to impress upon the other that it is capable of continuing to fight and inflicting great casualties, although peace is preferred. At the same time, each party tries to highlight the other’s weakness. In this way, each hopes to compel the other to accept as many terms as possible.

An agreement is the outcome of this grueling process. It entails an equilibrium whereby each side feels its minimalist demands were accepted in exchange for concessions. In other words, the benefits of ending the fighting outweigh the costs of war. But the essential starting point of this process is when neither side is able to impose a military solution on the other.

This is why talks with Afghanistan’s Taliban have been ongoing for years without any progress in sight. Certainly, the Taliban need the talks to gain international legitimacy and be accepted as a bonafide Afghan national movement. However, because they have the upper hand on the battlefield, there is very little incentive to seriously negotiate an end to their insurgency – at least not yet. From the jihadist group’s point of view, time is on its side. Therefore, the Taliban want to enhance themselves in the battlespace to be able to dictate terms in an eventual settlement.

Egyptian-Israeli peace talks in the 1970s represent an example of successful peace talks. The 1973 Arab-Israeli war compelled Egypt and Israel to end the state of war between the two that had been in place for 30 years. A surprise attack by Egypt shaped Israeli perceptions that Israel’s security depended on ending hostilities with the largest Arab state. Similarly, the Egyptians realized that they could not defeat Israel on the battlefield, and in fact there is an argument to be made that Egypt started the war to improve its bargaining position and reclaim territory it lost in the 1967 Arab-Israeli war.

History is replete with attempts to negotiate peaceful settlements of conflicts. During any given conflict, many meetings will take place. Most will not amount to more than atmospherics designed to achieve goals peripheral to an actual peace agreement. Real efforts at engaging in peace talks are far less frequent and driven by battlefield realities.