On Jan. 6, the CIA, FBI and National Security Agency released findings about Russian influence in the U.S. presidential election. One of the report’s conclusions is that Russia used “overt propaganda” in an influence campaign designed to destabilize the American election and put Donald Trump in the White House. This type of psychological warfare is not novel. Opposing sides in conflicts have tried to use information to weaken their opponents for millennia. The advent of newspapers, radio and television increased the potential potency of propaganda to such an extent that it became one of the key instruments that nation-states used in the 20th century to achieve foreign policy goals, alongside diplomacy and military force. The emergence of the internet and social media have cast that net even wider, and with so much concern about the potential deleterious effects of propaganda and “false news,” it is worth taking some time to understand the inherent complexity around this battlefield for hearts and minds.

The Oxford English Dictionary defines propaganda as, “The systematic dissemination of information, especially in a biased or misleading way, in order to promote a political cause or point of view.” This is a broad definition, and the line between propaganda and any kind of written or spoken material is necessarily a blurry one. The Jan. 6 declassified intelligence report is a good example of how gray the distinction can be. The first sentence of the report’s conclusions says, “Russian efforts to influence the 2016 US presidential election represent the most recent expression of Moscow’s longstanding desire to undermine the US-led liberal democratic order. …” Most of the report refrains from this kind of language and discusses the facts, but one could easily describe this opening line of what is supposed to be an objective intelligence assessment as propaganda. One man’s propaganda is another’s truth. 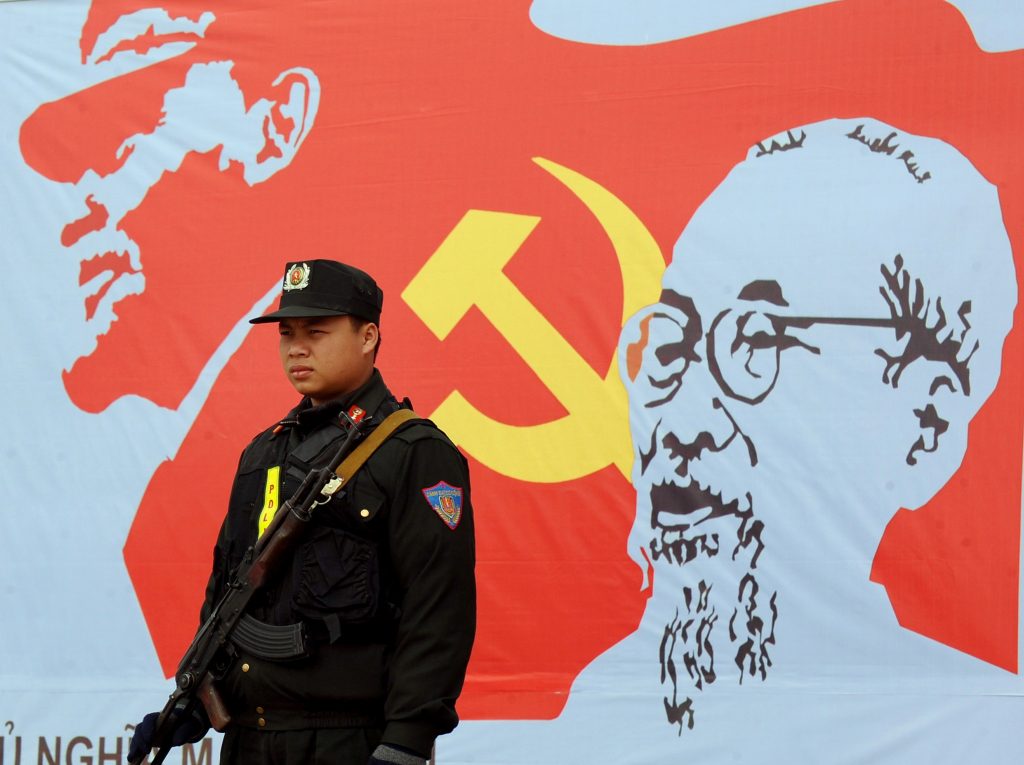 One characteristic of propaganda is that it is generally wielded for foreign policy goals more successfully by authoritarian regimes than by liberal democracies. There are two key reasons for this. First, authoritarian regimes control all of the state’s political bodies as well as the media. In a state where freedoms of the press and expression are significantly controlled, a top-level figure like Russian President Vladimir Putin or Chinese President Xi Jinping can carry out an information campaign for a specific purpose and expect that all the power of the state apparatus under control of the dictator or party will participate in disseminating the message. The Intelligence Community Assessment on Russian interference often avoids providing evidence to protect sources and methods, but one thing it does very clearly is identify various Russian media entities, their relationship to the government in Moscow, and how this shapes the content of their reportage. That is not how it works in the United States. The U.S. media is not monolithic, and though each source often engages in spin, a diversity of voices and agendas exists. Individuals can choose what media sources they consume and what kind of perspective they find convincing. Diversity of sources directly weakens propaganda’s potential effectiveness.

The second reason is that when liberal democracies try to utilize propaganda for foreign policy aims, they often misjudge the relationship between the principles a liberal democracy wants to convince another group of and what that group wants for itself. Authoritarian regimes also struggle with this, but liberal democracies have a characteristically unique challenge because proponents think not only that their principles are correct but also that anyone who opposes them is evil. Authoritarian regimes are generally more pragmatic because their legitimacy comes from other sources besides a ballot box. As an example, the U.S. and its leaders believe that certain truths are self-evident, and that everyone should want to embrace the political liberties liberal democracy offers. They believe that if people in other countries could see the truth, they would support a liberal democratic position. The U.S. was effective in Eastern Europe during the Cold War because those arguments were convincing to Poles, Estonians and others. Those positions are much less effective in countries like Vietnam and the Philippines, which have long memories of Western imperialism and a general suspicion of Western motives. The U.S. learned the hard way in Iraq, Afghanistan and Vietnam that the ideals that animate the U.S. do not always motivate others and that self-righteousness about U.S. principles is not convincing to many.

One of the ironies is that contrived liberal democratic propaganda is often most effective when its explicit content is not directed from above. The most potent kinds of propaganda liberal democracies use are the natural outgrowth of their societies. For example, the annex to the U.S. intelligence report notes that RT’s YouTube channel has 800 million views since its creation in 2005. The report cites this as an ominous sign of the growing influence of Russian propaganda in the world. By comparison, Justin Bieber’s music video for “Sorry” has been viewed 2.5 billion times since 2015. (That Bieber, a Canadian pop star, is this popular creates its own host of concerns about the future of the world, but that is outside of the scope of this piece.) There is a reason the Nazis banned certain kinds of music, and those living in the Soviet Union had to turn to the black market to buy Led Zeppelin or Alice Cooper albums. A Hollywood film like “Casablanca” can have a far more visceral and potent effect on the viewer than someone reading a sanctimonious article about human rights, however accurate. These products of liberal democratic societies have always been their most persuasive arguments, as opposed to the rigid control systems of authoritarian states that seek to monopolize all knowledge and experience.

Liberal democracies also often make the mistake of assuming the effectiveness of propaganda is related to how accurate the disseminated information is. This is not how propaganda works. As Hans Morgenthau once wrote, “Virtue and truth do not prevail simply upon being communicated.” This does not mean propaganda can be outlandish. To be effective, propaganda has to satisfy some underlying political or emotional need for the person consuming it. Nazi Germany, for example, is famous for using propaganda to legitimize the regime’s power. Nazi propaganda would not have worked if the German population hadn’t just lost a devastating war, had an embarrassing peace settlement imposed on it, had land taken away it considered part of historically German lands, and been crushed by runaway inflation and a global depression that made daily life bleak and hopeless. The propaganda and the need for an ideological explanation of what happened went hand-in-hand in Germany – if one of these elements had been lacking, Germany might have developed in a different direction.

To be effective, propaganda must speak to some political or societal truth. And here is a rare instance where geopolitics and metaphysics meet, because understanding why human beings feel what they feel, when combined with the ever-increasing reach of modern technology, can be a source of great power. David Hume wrote in “A Treatise of Human Nature” that, “Reason is, and ought only to be the slave of the passions, and can never pretend to any other office than to serve and obey them.” What Hume meant was that the passions motivate human action, not the cold logic of reason. Reason’s function is to make sense of the passions and to bring concrete form to the end or purpose that passions impel. Propaganda speaks the language of reason, even when its goal is to mislead. But it knows that its audience is first and foremost the passions, and not the altar of logical consistency. That is precisely what makes propaganda so dangerous, but it is also simultaneously its greatest weakness. A better explanation or a complete disjunction between how people live and what propaganda says can quickly deprive propaganda of its potency.

Russia’s Choice: Its Buffer Zone or Its Economy

Daily Memo: The Race for a Coronavirus Vaccine