Editor’s Note: With George Friedman traveling for a speaking engagement, we decided to use this opportunity to republish his analysis from 2017 about the internet and its discontents.

The internet has become the global commons. This has happened with lightning speed. In this case, the commons is not just one place. It is a collection of places where people meet, discuss the latest news and gossip, play games and perhaps do a little business. The internet, with its complex web of connections and modes of communication, from email to Twitter to Instagram, has had a profound effect on society. There used to be private life and the village green, where public life was lived. There is now private life and the lives we live online. We have lost intimacy but have gained access to a vast world. 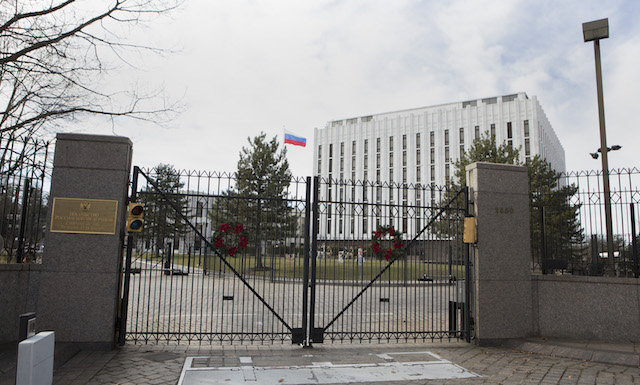 Good manners and the desire to be well thought of by your neighbors mitigated the tragedy of the physical commons. Even if you were not motivated to care for the commons, you were motivated to behave properly while using the commons. The incentive did not come from law but a sense of community; the community could censure and shun you if you failed to behave appropriately. Embarrassment and shame were compelling forces that shaped your behavior. What made both possible was that you were known. You would have to live with the consequences of your behavior, while trying to develop that thing which all humans crave – a good reputation and even being admired. The worst thing, the ultimate punishment of the Greeks, was to be exiled. The commons were still exploited tragically but not wantonly savaged.

The problem with the internet is anonymity and the lack of privacy. This seems contradictory, since anonymity is derived from ultimate privacy, but the internet makes it possible. The world is now discussing whether the Russians hacked into the Democratic National Committee and John Podesta’s emails. This has evolved into a matter of geopolitics because the internet has become a battleground in several ways. One way is the constant invasion of privacy by hackers stealing emails and private correspondence. However, there is no way to know for certain who did it. The CIA may know, in rare circumstances, or may claim to know for political reasons. In general, it is difficult to find out who is violating your privacy and stealing your property.

Anonymity has another effect. On the village commons, everyone knows who you are and you are held responsible for what you say. On the global commons, you cannot be held responsible for what you say, because your identity is masked. The internet was created to function that way, less on purpose than by technical default. The consequence is that the most powerful human emotions, shame and the desire to be well thought of, don’t restrain what you say. False news has become a topic of discussion recently. False news has always existed, but it was readily distinguishable from reliable news by where it was published. An article from an unknown source was suspect. An article in the mainstream media was more respected.

Mainstream media outlets used to be the arbiters of the commons and their opinions meant something. They were respected for their banker-like primness. Their right to judge other sources of news was rooted in their meticulous fairness and visible objectivity. It is said that complete objectivity is impossible. That is likely true. But perfect love is also impossible. The lack of perfection does not excuse you from making your best efforts.

In a recent poll by the Pew Research Center, only 5 percent of Americans surveyed said that they had a great deal of confidence in the news media. This is a stunningly low number, but it is not a new phenomenon. What is striking is that this consistent lack of confidence in the media hasn’t created an uproar in newsrooms. I doubt that many reporters at The New York Times or The Washington Post voted for President-elect Donald Trump. That is fine, so long as the newspapers maintain rigorous objectivity. I am sure that the staff of both papers think they do, and it is likely that their friends, who share their views, also feel that way. But the majority of the public has its doubts. Therefore, in the public’s mind, these media outlets have given up their role as overseer of the commons of public discourse.

The anonymity of the web allows people to act without shame and to tell lies without fear. I would urge everyone not to believe that this behavior only comes from people on the right. During the George W. Bush administration, I read many preposterous claims about him from people who appeared to be liberals. These kind of claims were also made by their right-wing friends. There is no accountability for what people say or do, no shame attached. Therefore, lies flourish, despicable charges are made, and some on each side are free to believe what they want to believe. The promise that the internet would create a democratic commons where all can be heard and the media loses the right to censor has been achieved. Censors and accountability no longer exist. Twitter is the place where malicious people with time on their hands can tell lies.

But in reality, the internet has not become more democratic. More fastidious citizens no longer visit the commons, or if they do, only to speak to those they know. It is increasingly the place of the marginal. It is interesting how the mainstream media has used Twitter to gain a sense of public opinion. I frequently wonder if the person from Twitter being quoted in a news story is a 12-year-old whose medications are no longer effective. The media doesn’t know. There are still worthwhile conversations to be had there, but many people now becoming less engaged.

The internet is a place with two problems, both masked. Some use it to steal private information and correspondence. Some use it to spew venom through the promise of anonymity. They are both destroying the global commons that had so much hope, in the same way that the village commons would be destroyed if it were invaded by people wearing masks, stealing people’s diaries and money and shouting obscene improbabilities. The tragedy of the commons today is not indifferent exploitation. The tragedy of the commons is that it can be dominated by criminals and those harassing others who want a civil conversation. It reminds me of Central Park in New York in the 1970s. Anyone who was there after dark was a mugger or crazy.

The right to privacy is an absolute, and in due course, as thieves keep breaking into people’s property (why thieves sometimes are called hackers is beyond me), we will simply return to older modes of communication. Perhaps phone calls and handwritten letters will be resurrected. Far better than having your secrets arrayed in public. But still, banks and companies like Geopolitical Futures have to do their business online, and the threat from criminals who can’t be identified is great.

But a greater problem is the media. The prestige press, as we used to call it, squandered its inheritance from prior generations of journalists and lost its right to pronounce the truth. Social media is now subject to Gresham’s Law: Bad ideas will drive out good ones. This can’t go on.

The first principle has to be to make masks illegal on the internet. Many countries and U.S. states have laws against wearing masks in public. In the United States, many of these laws were passed to stop the terrorism of the Ku Klux Klan, knowing that only anonymity and a large crowd made its members brave. But other countries passed similar laws on the reasonable assumption that someone hiding his face is up to no good. In the end, it came down to this: If you want to be in public, you must show your face. You have a right to privacy in your home and on your property. You don’t have a right to privacy when you choose to go into public spaces.

The problem is technical. Today’s computers descended without dramatic change from those available 20 years ago. The internet got larger with more bandwidth but is still as primitive as when it was first designed for a small group of scientists wanting to share information. The security that exists today consists of complex add-ons that require sophisticated managers, and they still can be broken into. Security can’t be an add-on. It has to be at the heart of the system, and its first requirement should be to eliminate anonymity, so that criminals can be identified and so that the vile will know shame.

The reason I am writing on this topic is that we are facing an international confrontation between Russia and the U.S. over whether Russia stole emails to help Trump become president. Some also claim that the Russians penetrated the U.S. power grid. The problem with this issue is quite simply that the system is so primitive that proving the Russians are responsible is impossible. An entity can penetrate a critical system like the power grid without anyone knowing who did it.

The situation is getting out of hand. The internet has become not just the commons for private individuals but the business and government center of the world. Therefore, some limits need to be put in place. Hiding your identity already is illegal in certain circumstances. You must provide ID to buy alcohol or get on a plane. I expect privacy in my home, but when I go into the world, I want assurance that the people out there don’t mean me harm. The design of the internet denies me that. The arbiters of propriety have themselves collapsed. Crazy people are making insane charges in public. This has to stop.

It is in the interest of the tech community to do something about this issue because if thieves run lose and social media is dominated by sociopaths, people will treat the internet like they did Central Park. And if the tech community believes that it is so dependent on internet privacy that it can’t budge on this issue, then it is as deluded as the major media has been. Someone broke into the power grid and we don’t know who. Enough is enough. Wars have been started over less.

Cyberattacks as a Public Health Threat 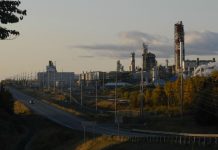 A Startling Speech in China