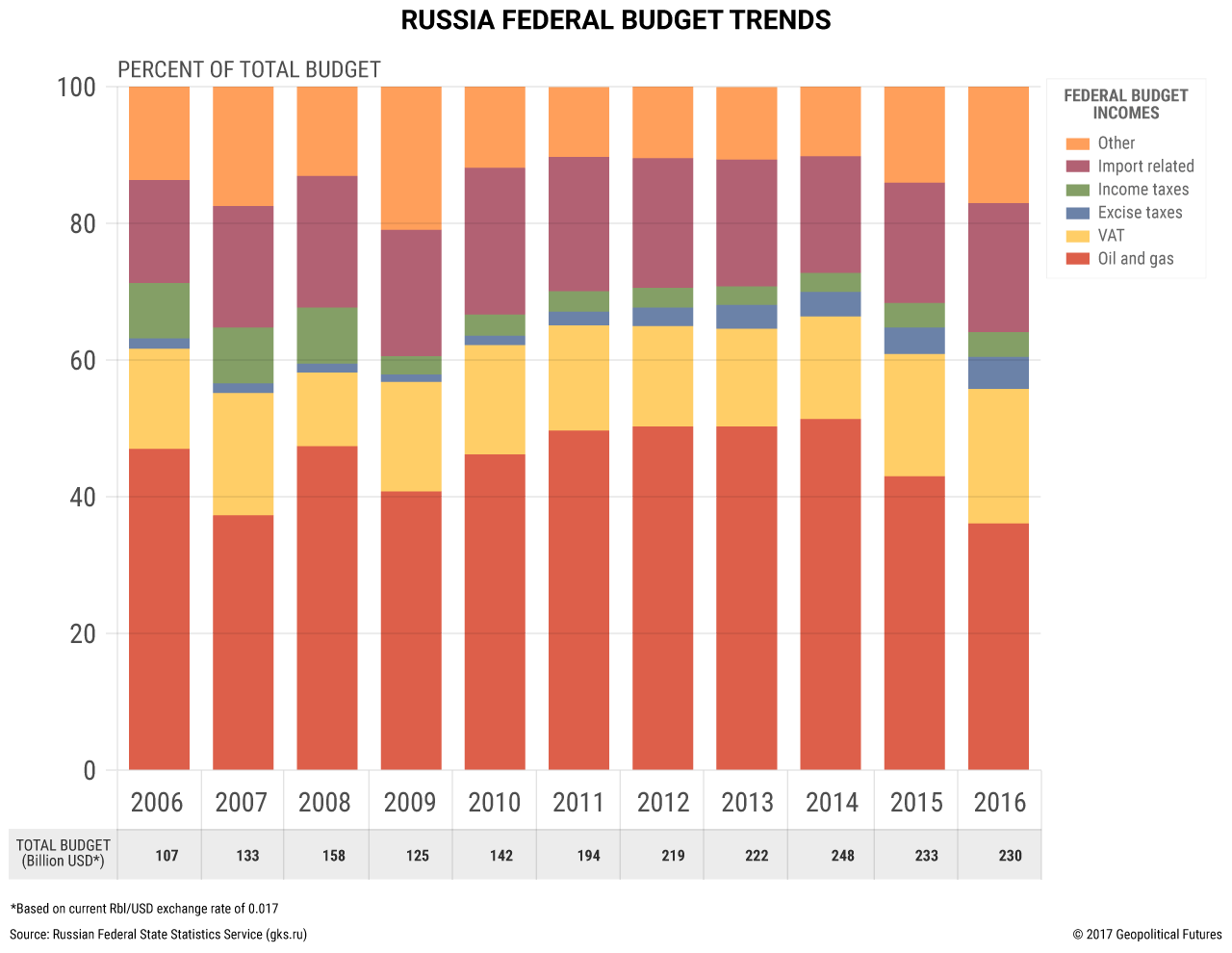 Each budget, both the consolidated and federal, is constituted by tax revenues such as VAT, excises for gasoline, cars, fuel and tax mineral extraction, and non-tax revenues such as fees and payments. Export custom duties go to the federal budget. Personal income taxes, property taxes, resort fees and land taxes are directed to the consolidated budget. Some taxes – for example, corporate income tax – are divided and flow into both budgets. However, all taxes and revenues associated with oil and gas activities are fed into the federal budget and so are also included on the consolidated budget.

Given the decline in global oil and gas prices, decreased oil and gas revenue was expected. What is surprising is the continued increase, in absolute terms, of non-oil and gas incomes. Had Russia, in the past few years, developed an industrial base capable of offsetting its losses from oil and gas?

Different industries’ contributions to the gross domestic product reveal that that is not exactly the case. Though manufacturing has grown in absolute terms over the past decade or so, its contribution to GDP has grown only slightly. In real terms, this suggests that the increase in non-oil and gas incomes is due instead to a more efficient tax collection system. In fact, over the past few years, the Kremlin has implemented a number of tax reforms to do just that.