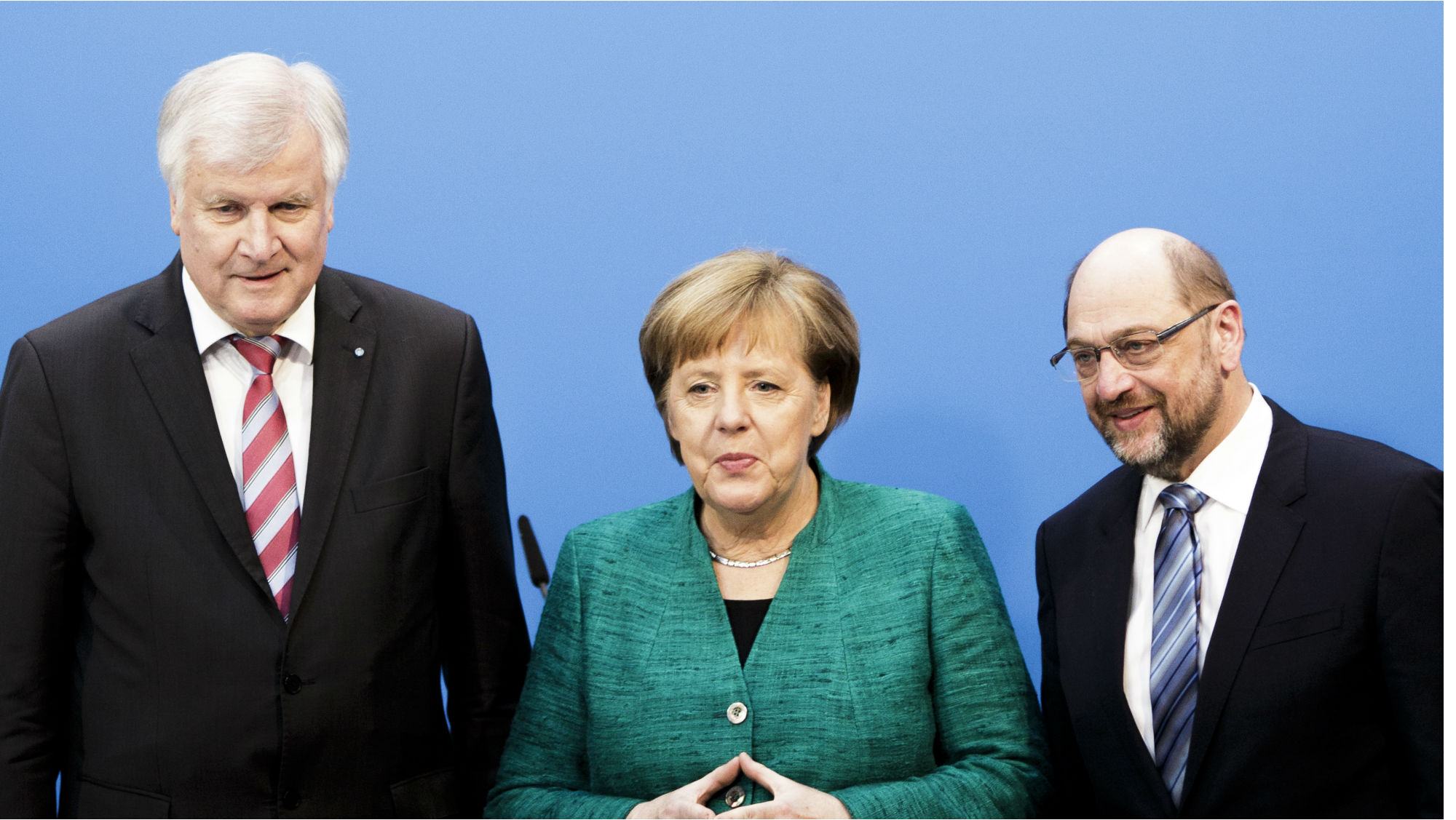 Ever since German unification in 1871, Germany’s fate has defined Europe’s future. Germany’s economic energy enabled it to dwarf France and rival the British Empire by the eve of 1914. Germany initiated World War I, then, after a period of malaise, it executed an astounding recovery from 1933 until 1938 before initiating another European war. After the war, divided Germany became the focus of the United States and the Soviet Union, because Germany would be the place where a third world war, if there were one, would start. Once the Soviet Union fell and the Maastricht Treaty was signed forming the European Union, it was Germany at the center of the EU. Ever since 1871, the question of how to maintain peace in Europe has been how to keep a unified Germany peaceful. That is the essence of the “German question.”

That introduction would seem excessive for a discussion of the banal political maneuvering that is going on in Germany today. The Christian Democratic Union, which has dominated Germany for more than a decade, must form a coalition with the Social Democratic Party, or SPD. Negotiations have gone on for months, and in the end, the CDU is set to give up several key ministries to the SPD. The SPD rank and file will vote March 4 on whether to ratify the agreement. All this happened because of the emergence of a new nationalist party, Alternative for Germany, or AfD, whose recent electoral success came at the expense of the CDU and the SPD. Germany’s political configuration has changed, and it has not jelled into a coherent government.

The European Union has been the great experiment of our time. The Maastricht Treaty sought to reconcile the persistence of European nationalism with a transnational Europe. The EU promised to bring two things to Europe: peace and prosperity. Germany was central to both. The EU sought to integrate Germany into a single structure with the rest of Europe, ending the conflicts that had raged periodically after German unification. Prosperity would emerge at least in part from the dynamism of the German economy – a dynamism that always showed itself in peacetime. Germany was again the center of gravity of the European project, now again in its industrious, economic mode.

Germany had a consistent and clear vision of what it wanted to be and what it wanted Europe to be. Economically, Germany had to have a free trade zone. As had been the case between 1871 and 1914, Germany’s economic production outstripped its domestic consumption, so it needed to rely on others to buy its goods. Politically, it wanted a diminution of the national component of Europe and a maximization of the international component. And finally, it wanted governments that would adhere to the internationalist and liberal principles that Maastricht envisioned.

2008 began changing Europe. The unequal impact of the financial crisis created deep splits in Europe because there was no single policy that could help every member state. But a deeper issue became obvious: Each nation elected its own presidents, prime ministers and chancellors. These leaders did not draw their power from the EU but from their own countrymen. They held onto their positions only if they satisfied national demands. Whether to adhere to the dictates of EU secretariats on non-economic matters, particularly immigration, was in the hands of the voters of each nation and therefore out of the hands of the EU.

Now, the reality that led the United Kingdom to leave the EU, Italy to ignore EU rules on banking bailouts, and Poland and Hungary to follow their own versions of political life has come to Germany, and Germany, perhaps more than other countries, seems hard-pressed to cope with this reality. This is not primarily a matter of party politics; it is a matter of a changing social reality. The consensus that has governed Germany since 1991 is fraying. The AfD has brought nationalism to Germany, and for Germany, this has meanings and memories that make it different from other countries. In the meantime, the two major parties – the CDU and the SPD – are drifting apart in their understanding of the direction of Germany, while inside the CDU, Chancellor Angela Merkel must make concessions to segments of her own party that would have been unthinkable just a few years ago.

The Germans have fallen prey to the European reality – that it is the voters in each country who hold the power, and all the meetings in Brussels can’t overcome that fact. Germany’s voters have just spoken. The outcome of the election was ambiguous except for one thing: It made clear that Germany is in transition, even if its future direction is not yet defined. The established parties are struggling to form a government, and in the background is the troubling memory from Weimar, when establishment parties played politics as usual while Germany simmered. The tendency, in all countries, is to dismiss movements that the establishment doesn’t understand as marginal.

At first, the outcome of the election in Germany could be placed in a comfortable context. Sure, AfD had gained ground, but mainstream parties still held the two top spots. But the spectacle of the establishment CDU and SPD unable to efficiently form a new government raises questions less about AfD and more about the ability of the establishment parties to act decisively in a new reality. If the European project is going to be revived, then Germany must be the engine of its revival. And for that, Europe can’t be politically gridlocked.

In Europe, nations are governed by the people, and it is the people, not the governments, who decide the directions they will take. And now, the European heartland, Germany, is experiencing the first tremors of what it feared most.

Friedman’s Thoughts In and Around Geopolitics: Texas, the Comanche and a...