The U.S. Navy has announced that the USS Nimitz will leave Bremerton, Washington, on June 1, for the Western Pacific. This is the third carrier battle group to be sent to the region – enough to support a broader military mission – and it will take roughly a week to get to its station, after which it will integrate with the fleet.

So here’s the situation: Soon the United States will have its naval force in waters near North Korea. It already has strategic bombers in Guam, and it already has fighter aircraft in Japan and South Korea.

The United States is preparing for war, which is still several weeks away – if indeed war actually breaks out. Between now and then, diplomacy will intensify. The international community will demand that North Korea abandon its nuclear program and allow inspectors to monitor the destruction of missiles, fissile material and reactors. And after Pyongyang refuses to heed those calls – which it probably will – the United States will have to decide whether it will strike.

Importantly, the United States doesn’t want to strike North Korea. (It hasn’t even wanted to meddle in peninsular affairs all that much since the Korean War.) All wars are complicated – and only those who ignore the history of war would think otherwise – but striking North Korea would require a particularly long and complicated air campaign, not to mention some potential ground operations.

And yet the United States is under pressure to strike. The pressure comes from the thought of a world in which North Korea has deliverable nuclear weapons. Pyongyang may not intend to use them or sell them right now, since its ultimate goal is survival, and having nuclear weapons deters attacks. But no one knows what North Korea will do in a decade or two. What North Korea does then may be determined by a person no one yet knows and whose behavior cannot be predicted. The U.S. government is thinking about what North Korean leaders intend to do later as much as it is thinking about what they might do now. 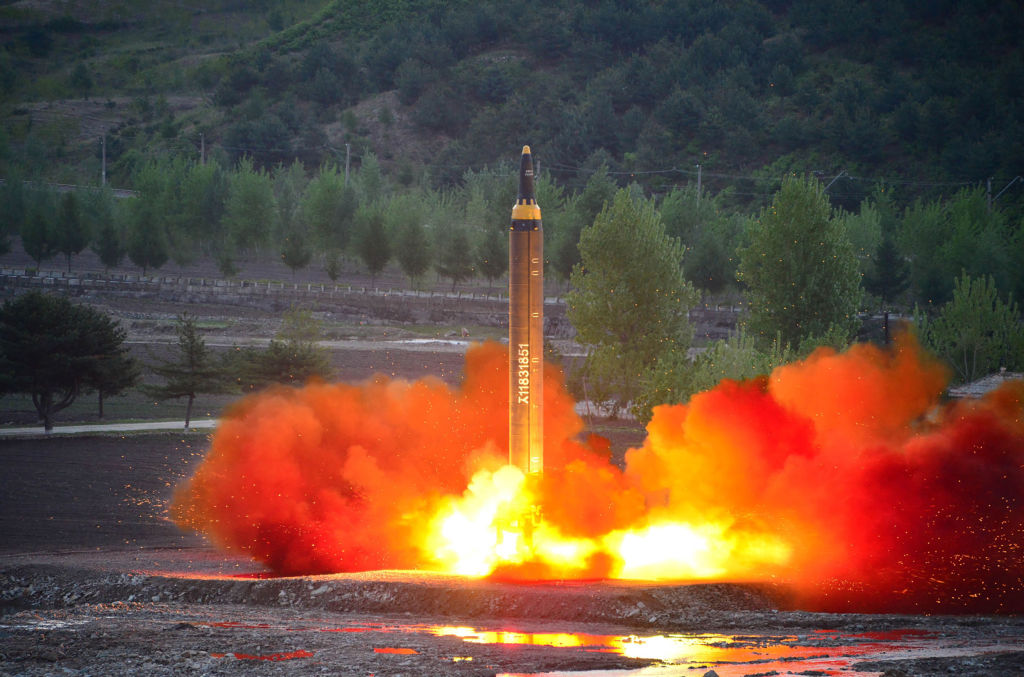 Not knowing what it might do later is what really scares the U.S. North Korea has been willing to sell technologies to third parties in the past. Perhaps its program will be used only for deterrence for generations. But what’s to stop Pyongyang from selling technologies to third parties, even if North Korea itself never intends to launch an attack against the United States? The United States can try to detect such sales, but detecting all of them is very difficult; there are plenty of ways to deliver these weapons, and there are plenty of people who would be willing to buy them.

The United States may be convinced, therefore, that the next few weeks will be its last opportunity to keep any of this from happening. More broadly, Washington may be convinced that this is a turning point for U.S. policy, shifting from a strategy in which it knows North Korea has no nuclear weapons to one in which it struggles to make sure North Korea doesn’t do something to hurt U.S. interests. However uncertain war can be, an unmolested North Korean nuclear program may be even more uncertain. Alternatively, the United States is also more likely to make economic concessions and political guarantees to North Korea than perhaps it once was. Either way, Washington can’t allow nuclear weapons to exist, and it can’t allow Pyongyang to determine what happens.

But, ironically, it is to some degree up to Pyongyang to see what happens next. The North Koreans calculated that now was the moment to make the rush from an advanced program to deliverable weapons. Their reasons for doing so are unclear. Perhaps it is because of the turmoil in Washington. Perhaps they knew they would inevitably cross the red line and decided to go for broke. Whatever the reason, they are now in a position where they probably can’t capitulate even if they wanted to. Kim Jong Un has made the nuclear program the foundation of his – and therefore the government’s – legitimacy. The country has little else to offer other than this symbol of power. If he were to capitulate, Kim would appear weak, and that is something he simply cannot afford.

If the goal of acquiring nuclear weapons is to inoculate the government against foreign threats, then abandoning the goal necessarily invites internal threats. Kim sits on top of a complex bureaucracy, which is terrified of him but also terrified of instability. Kim has to believe that even if the regime survives, he might be removed from power. And for all that is said about North Korea’s reclusion, Kim could not give in to the United States without his people knowing. Some news does filter into the North from South Korea, and even if the U.S. agreed to keep the capitulation secret, keeping political secrets in Washington is difficult, and never harder than today.

Barring this last scenario, it seems to me that the U.S. cannot refuse to go to war unless North Korea capitulates. North Korea cannot capitulate. Neither country wants to go to war, but neither can accept what is happening without war. My best guess is that North Korea currently does not have a weapon that could be readily delivered by stealth, and it would have to be demonstrated before an attack began, not after. I think we are looking at the prospect of a few weeks of quiet diplomacy and noisy public threats that will lead to war.

The signs are all there. The United States does not deploy the force it has deployed unless it’s serious. Such was the case in Desert Storm, in Kosovo, and in the 2003 invasion of Iraq. By sending the USS Nimitz, the U.S. is telling North Korea, in no uncertain terms, that war is approaching. Now, it is North Korea’s move. Pyongyang had been quiet for a few days until firing a missile on May 28, which landed in the Sea of Japan. Still, you have to consider that North Korea is staring down into the abyss.