On March 8, we wrote an analysis that said North Korea appeared to be crossing a red line set forth by the United States. And now, there are signs that military action on the Korean Peninsula is increasingly likely.

It’s no secret that the USS Carl Vinson has been near the peninsula for a few weeks. But now the USS Ronald Reagan, which is based near-theater in Japan, has joined it. The USS Nimitz, which is based in Washington state, is back in port, having recently completed a training exercise, as is the USS Theodore Roosevelt, farther south in San Diego. The U.S. Navy has said that the Roosevelt would deploy again soon, though it neglected to mention a destination. Dispatching three carrier groups is sensible, if not necessary, for military action against North Korea, but it’s not actually clear what role the Navy would play in the mission.

But the mission itself is clear: If it were to attack North Korea, the United States would try to destroy its nuclear facilities and eliminate the southern artillery batteries aimed at Seoul. And it would do so primarily through the air.

In fact, the United States already has some 100 F-16 fighter aircraft in South Korea. They have been conducting exercises in South Korean airspace regularly for some time — notable insofar as these kinds of exercises often take place before an attack. Such was the case before Operation Desert Storm. 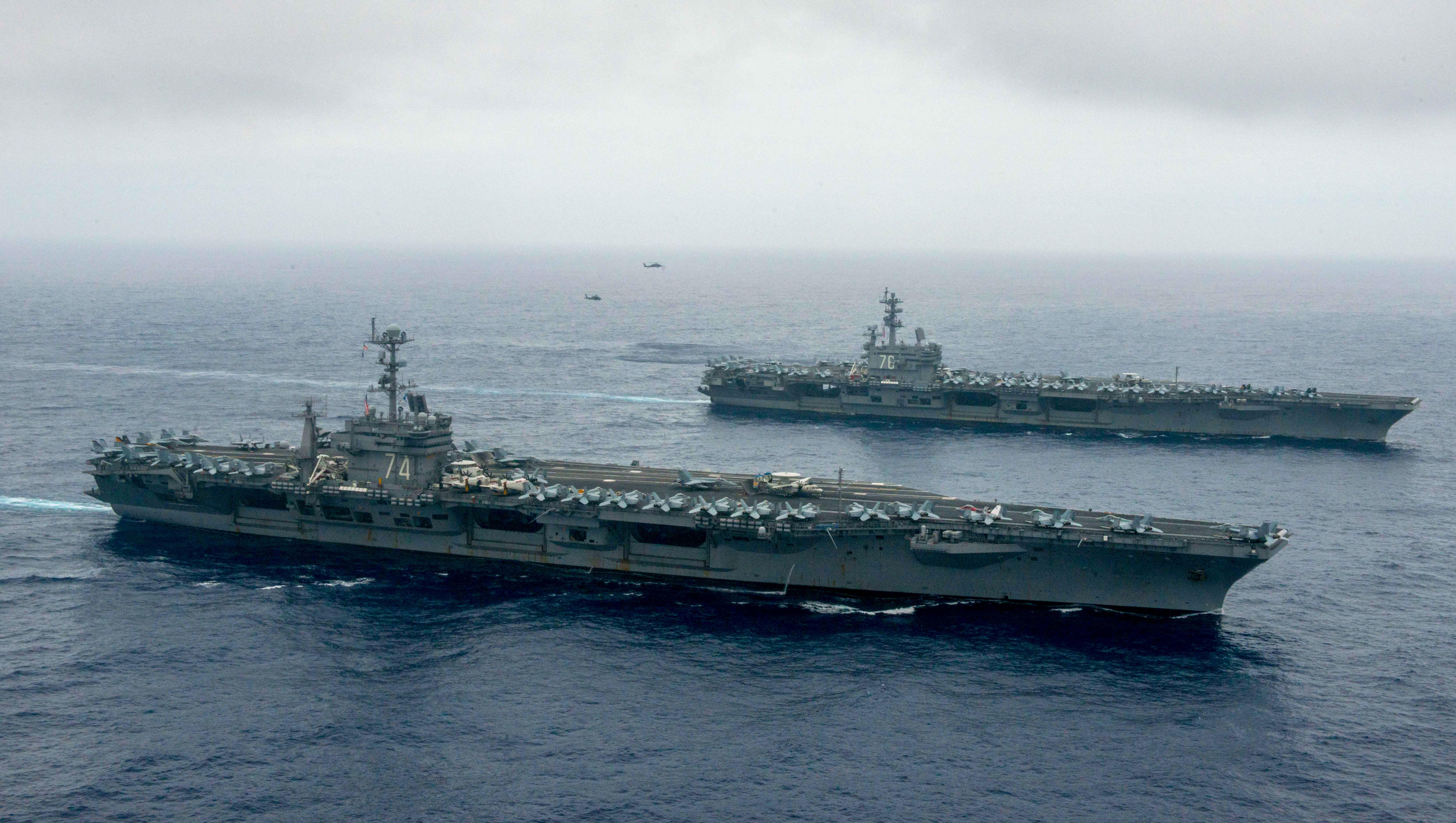 Airstrikes by F-16s alone, however, are a foreboding prospect. North Korea has ample surface-to-air missiles, and it would be dangerous to send non-stealth aircraft such as the F-16 over target sets without first suppressing its air defenses and command and control centers. It would also imperil Seoul, which would quickly bear the brunt of North Korea’s response to U.S. military action. But here, too, the United States is prepared. Strikes would likely be carried out in part by stealth bombers from Andersen Air Force Base, which is located nearby in Guam. (As it happens, the Guam Chamber of Commerce will soon be briefed on civil defense, terrorist threats and North Korea, according to a report published May 22. Tellingly, no attempt was made to hide the preparations, nor was any concern paid to how North Korea might respond.) The United States could, moreover, deploy the F-35 stealth aircraft it has had stationed in Japan since January. This way, the United States could attack artillery targets, and therefore mitigate the damage against Seoul, before it attacked air defense targets. The F-16s in theater are equipped with weapons systems that are designed to target anti-aircraft capabilities, so they would extend their strikes to destroy air defenses, opening the door for non-stealth defense aircraft.

It’s unclear whether the United States would deploy ground forces; doing so would almost certainly incur U.S. causalities. If the air campaign against North Korea failed to destroy its intended targets, Washington would have to consider sending in special operations forces.

In any case, there’s still much we don’t know. We don’t know, for example, how reliable U.S. intelligence is on the location and defenses of potential targets. Intelligence is always flawed, and in the case of North Korea, Pyongyang – keenly aware of how the U.S. would attack – has made every attempt to hide its capabilities. Any attack would begin by striking North Korean command centers, including political command centers. With this in mind, the North Koreans have probably developed a system by which command would be delegated to the field in the event top commanders were killed.

We also don’t know how exactly North Korea would counter an attack. Its leaders are well prepared, even seemingly cocky in their behavior, which has all but dared Washington to attack. Either they are bluffing or they have viable options for a counterattack. Maybe they have a robust offensive capability. Maybe they can destroy U.S. ships and aircraft. Maybe they are further along in their nuclear program than the U.S. thought. Maybe their ballistic missiles can reach Guam.

One of the most important things to remember is that the North Koreans are neither ignorant nor psychotic. Strange as it may sound, ignorant psychotics don’t build nuclear weapons and missiles. Rational actors who feel cornered do. Washington rightly takes the threat seriously; it wouldn’t be deploying its military so measuredly were that not the case. Going to war with someone you regard as a fool is the most foolish thing you can do, and there is no evidence that that would be the case with North Korea. It’s always best to overestimate your enemy.

In Washington, many will claim that if President Donald Trump orders an attack, he will have done so only for political reasons. But such accusations ignore U.S. policy on North Korea, which has stood stalwart for more than a decade. (Barack Obama even warned Trump that North Korea would be his biggest challenge in foreign policy.) It was inevitable that Pyongyang’s strategy would bring it close to, or push it over, the red line. It just so happens that it did so under Trump. This is not a defense of Trump but a defense of our belief at Geopolitical Futures that imperatives, not personalities, dictate the actions of states.

In this case, the actions are telling: The United States is advertising its preparations for war – itself an act of deterrence – and the advertisement isn’t lost on North Korea. But it’s not a bluff; bluffing in such a way is expensive and pretty ineffective. From what we can tell, North Korea appears to assume that an attack is all but inevitable but a risk it is willing to take.

I suppose that Trump would return to the United States before he ordered an attack, but there is no way to know that. He’s scheduled to return on May 27. Take that for what it’s worth.