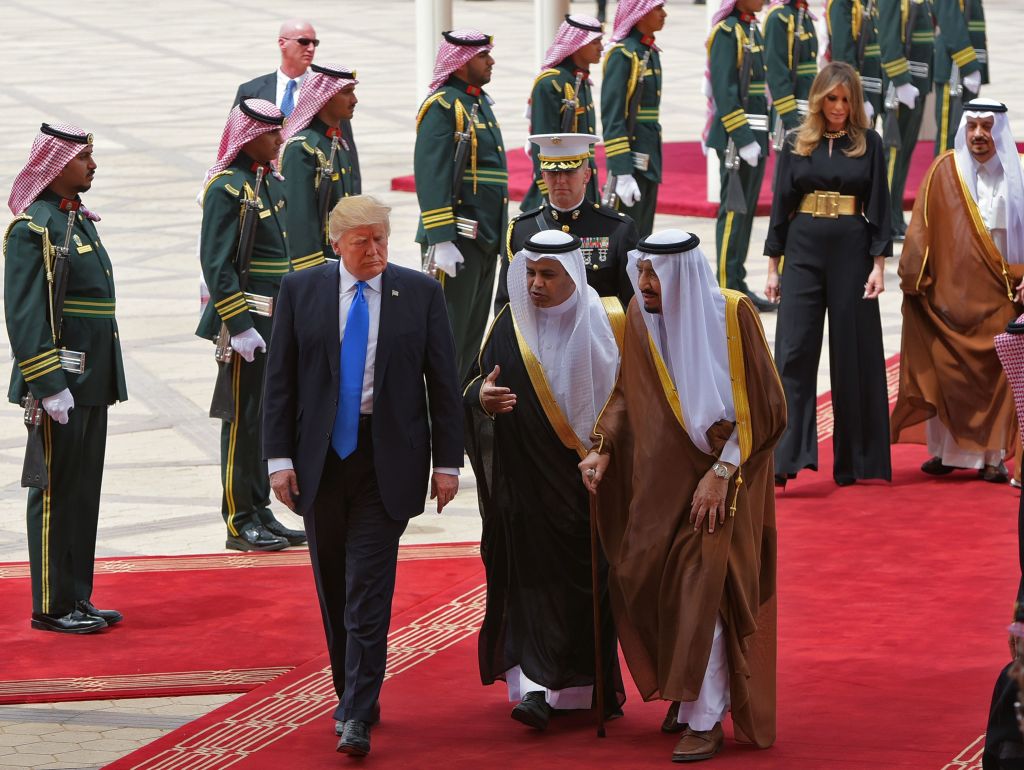 The Islamic State is down, though certainly not out, in Syria and Iraq and efforts to capitalize on its retreat are already underway. Saudi Arabia, the de facto leader of the Sunni Arabs, sees Syria and Iraq as an opportunity for Iran, its regional rival, to gain even more influence than it once had, and so wants to deny it this opportunity.

This explains some of Saudi Arabia’s recent activity. After 27 years, Saudi Arabia’s national airline will have its first flight to Baghdad on Oct. 30. This comes a week after Saudi King Salman met with Iraqi Prime Minister Haider al-Abadi in the presence of U.S. Secretary of State Rex Tillerson on Oct. 22. On Oct. 19, Saudi Arabia’s minister of state for Arabian Gulf affairs and the U.S. special envoy to the coalition against the Islamic State visited Raqqa, the former “capital” of the Islamic State, and reportedly discussed the possibility that Riyadh would invest in its reconstruction. All of these developments come in the wake of King Salman’s Oct. 5 visit to Russia – the first ever by a Saudi monarch to the Kremlin – where Syria was high on the agenda.

The timing, of course, is no coincidence. The Islamic State has been degraded so now is the time to act. Even though the Islamic State only rarely confronted Saudi Arabia directly, the group is perhaps a bigger threat to Riyadh than to any other country. After all, there can be only one steward of their brand of Islam. But the Saudis were content to let the fight against IS continue, mostly contained, in Syria while the group fought the Syrian and Iraqi governments – both of which are allied with Iran. It was a cheap and effective strategy. But now that the Islamic State is no longer a “state,” Iran and its allies, which have been on the ground fighting and forging relationships, are better positioned to take advantage. The price of defeating IS has been the empowerment of the Shiites, which is unacceptable to the Saudis.

But if Saudi Arabia was unable and unwilling to project power during the fight against IS, then it is unlikely that it will be able and willing to do so now. Saudi Arabia’s power is in decline. Much of the power it has had in recent years it owes to the United States. Even when the king met with the Iraqi prime minister, for example, he needed America’s top diplomat there. The Saudi minister who met with officials in Raqqa was likewise accompanied by the U.S. point person on the international efforts to combat IS. Without U.S. support, there is only so much the kingdom can really do.

Nor is there any reason to believe Saudi Arabia can pry Iraq from Iran. It’s mostly a matter of identity. Recent media reports have suggested that the progress made against the Islamic State will ease Sunni-Shiite tensions. They cite as evidence the Iraqi prime minister’s visits to Arab nations. These reports wrongly assume ethnic identities will necessarily trump sectarian differences. Not even in the heyday of pan-Arabism in the 1970s was this the case. Saudi Arabia’s religious and political orientation is viscerally anti-Shiite, which naturally pushes the Iraqis into Iran’s camp.

But even if religious differences were reconciled, there are more pragmatic reasons Iraq may shy away from Saudi Arabia. Baghdad knows that Riyadh’s power is fading, due in part to lower oil prices and generational changes. In September, Iraq surpassed Saudi Arabia as a supplier of crude oil to the United States, and it is poised to do the same in October.

It will be even harder for Riyadh to enhance its presence in Syria, which is a mess. The rebels are a spent force. To the extent that any foreign patron has influence with them, it is Turkey. Government forces are retaking areas they lost in the uprising. The country’s Kurds have been empowered. In this context, investing in the reconstruction of Raqqa doesn’t really buy Saudi Arabia much. The city is under the control of Syrian Kurds, who will take the money, if offered, and will themselves benefit from it. But the Kurds won’t hold any Sunni Arab city for long; as the recent episode in Iraqi Kurdistan shows, the Arab majority won’t consign itself to be dominated by an ethnic minority community.

The Saudis simply don’t have the tools to win in Syria. And they may not even have the money. Depressed oil prices have hurt the Saudi economy and deprived the government of much-needed revenue. That the Saudis are only now reacting to the decline of IS shows that they are too late to a game dominated by other actors.