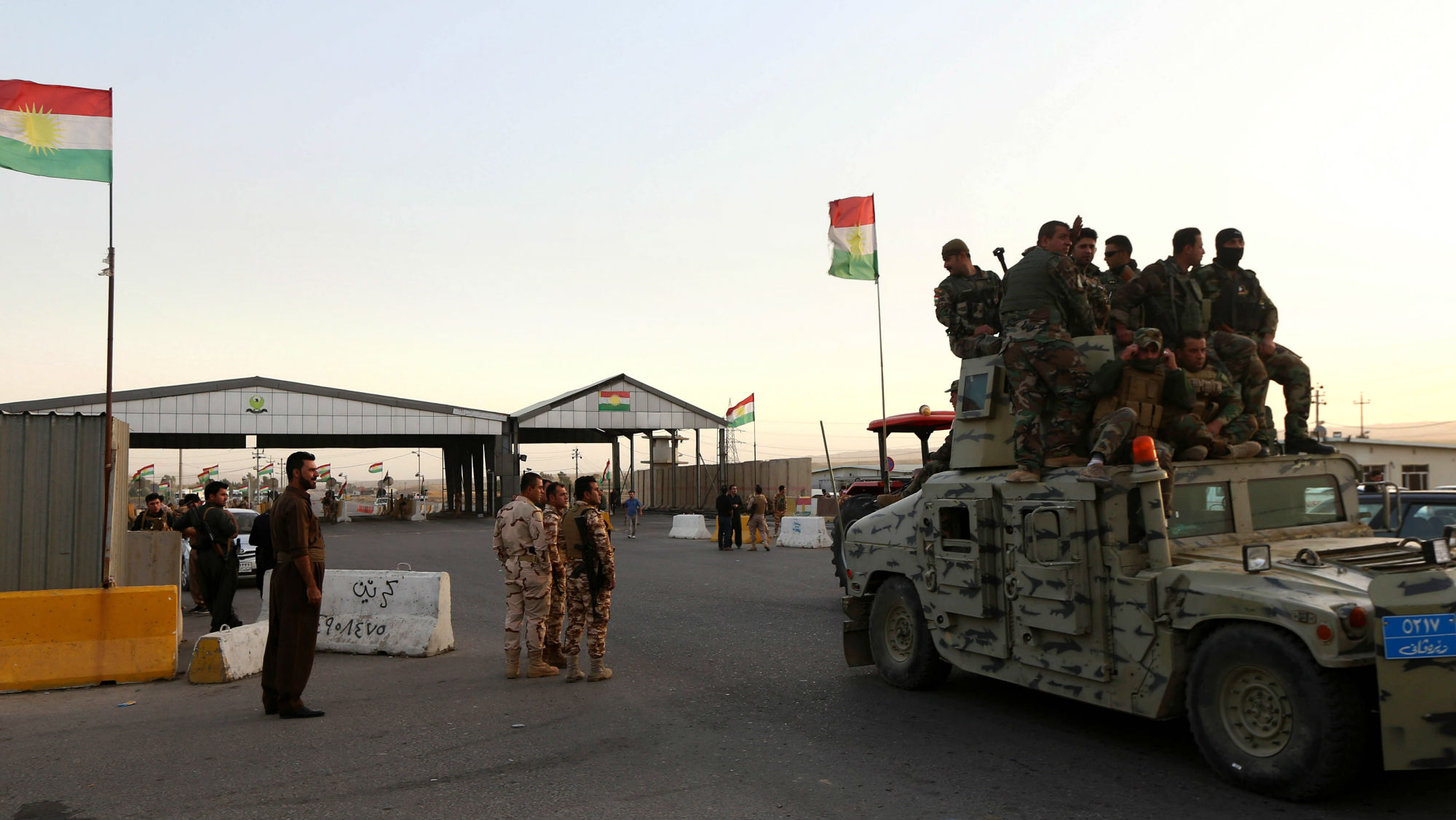 Iraqi government forces took control of the Kurdish-dominated city of Kirkuk on Oct. 16, part of a growing dispute between the Kurdistan Regional Government, which held an independence referendum last month, and the government in Baghdad. While Iraq’s disintegration as a country has been apparent for years now, this latest dispute indicates that the situation isn’t going to get any better. It’s unlikely that Iraqi Kurdistan will achieve independence, even though the majority of voters supported independence. What’s more, this issue has drawn in a number other countries, most notably Turkey and Iran, which encouraged Baghdad to quell the growing Kurdish separatist movement.

The latest reports suggest that Baghdad’s security forces are facing little resistance from the forces of the Kurdistan Regional Government, which governs Iraq’s northern Kurdish region. The KRG has controlled the oil-rich Kirkuk province, just south of Iraqi Kurdistan, since 2014, when Iraqi forces abandoned the area as Islamic State fighters approached. Iraqi soldiers have now taken over key energy and military installations. Much of this can be blamed on divisions among the Iraqi Kurds themselves – the region’s second-largest party, the Patriotic Union of Kurdistan, cut a deal with Baghdad and Tehran and withdrew its forces from the region when the Iraqi army advanced. The move comes three weeks after 93 percent of Iraqi Kurds voted in favor of independence in a referendum held by the KRG, which wants to form an independent Kurdistan that would include areas well south of the current autonomous Kurdish region, including Kirkuk. 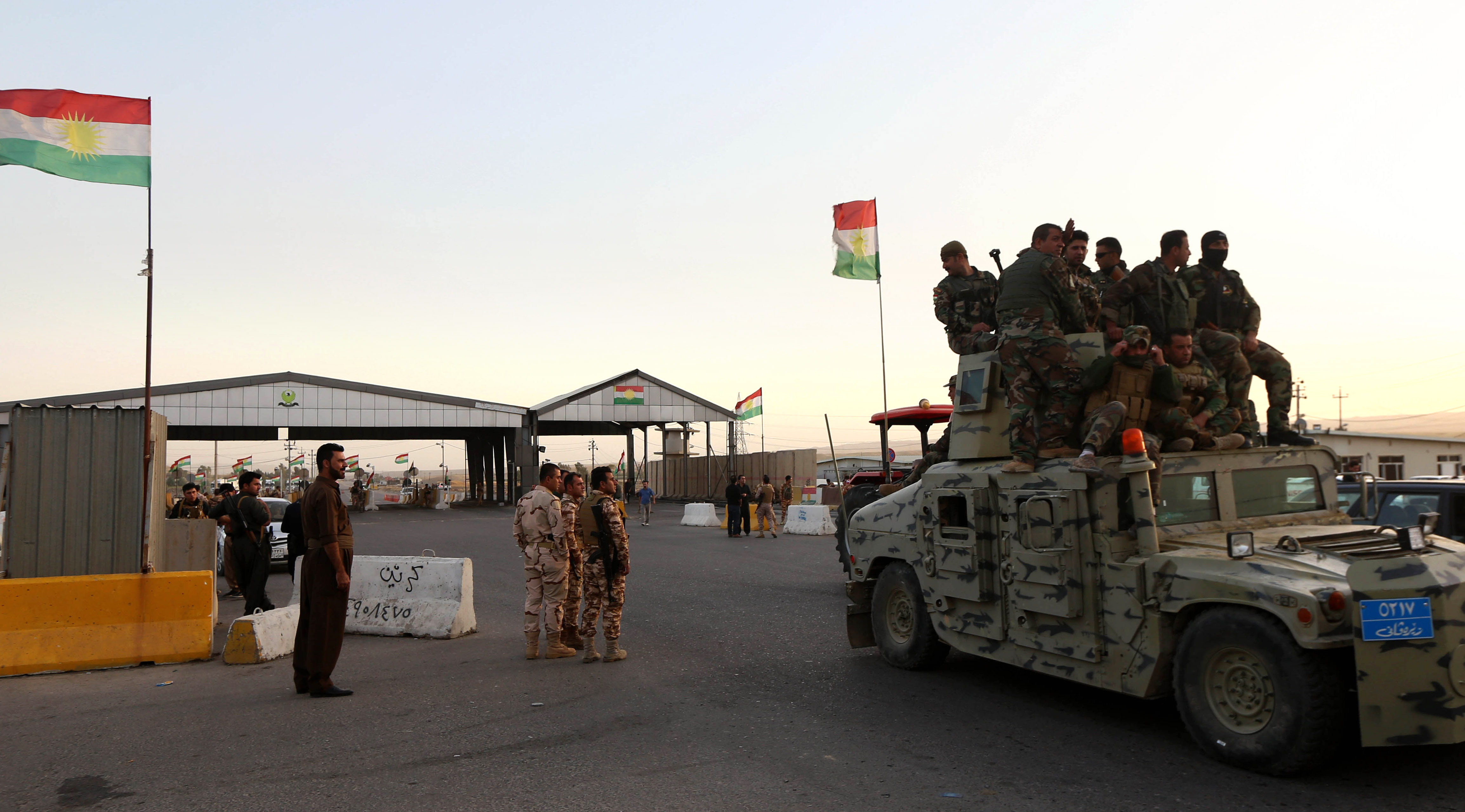 Members of the Iraqi Kurdish security forces stand guard at a checkpoint in Altun Kupri, 25 miles south of Irbil, the capital of the autonomous Kurdish region of northern Iraq on Oct. 16, 2017. SAFIN HAMED/AFP/Getty Images

Baghdad and Irbil have long been at odds. After the fall of Saddam Hussein’s regime in 2003, Washington helped the country devise a new political system that would allow the Shiites – who are a majority in Iraq – to dominate the central government and the Kurds to enjoy regional autonomy. But this new polity suffered from two main flaws. First, it marginalized the Sunni minority, which led to a massive insurgency that resulted in the rise of the Islamic State. Second, it led to a bitter struggle between the Shiites and the Kurds, as the Kurds continued to push for more autonomy, especially over the right to export hydrocarbons and expand their power southward.

For many years, the friction between the Shiites and the Iraqi Kurds was contained because of the Sunni insurgent threat. The two sides engaged in multiple rounds of negotiations to resolve their dispute over control of oil and gas resources and revenue sharing. But they were never able to reach an agreement. Landlocked, the KRG needed partners to help it export oil without the assistance of the central government; it therefore forged close ties with bordering Turkey.

Baghdad was furious with both Irbil and Ankara, but it could do little to disrupt the arrangement between the Iraqi Kurds and the Turks. This became the status quo, until the Islamic State emerged in 2014 and seized Iraq’s second-largest city, Mosul. When the Iraqi army retreated from Mosul, which is just south of Iraqi Kurdistan, it presented both a threat and an opportunity for the Kurds.

It was a threat because it left the Kurds vulnerable to an IS attack. It was an opportunity because the departure of Iraqi forces from the region could allow KRG forces to seize additional territory. The failure of the Islamic State to expand into Kirkuk left this region firmly under the KRG’s control. After a three-year struggle, the liberation of Mosul last July created the conditions for the Kurds to make a move toward full sovereignty. And with the IS threat receding, the conflict between the Shiites and the Kurds became the biggest challenge facing the country.

If Iraqi Kurdistan were to move from being an autonomous region in Iraq to an independent state, it would have serious implications for the security of neighboring states, especially Turkey and Iran – the region’s two strongest powers. The Turks and the Iranians are locked in a long-term struggle for influence in Iraq and Syria, as well as the wider Middle East. When Turkey helped the KRG with energy exports, it was actually an attempt to counter the influence of Iran, which sees the Shiite-dominated government in Baghdad as an ally.

But when it comes to Kurdish independence, the Turks and the Iranians actually have some interests in common. Both countries have their own Kurdish separatist movements – although the movement is stronger in Turkey, which has the largest Kurdish population of any country in the Middle East. They both, therefore, opposed the Iraqi Kurds’ move toward independence. It would be in both their interests for the Iraqi government to retake Kirkuk.

Buoyed by Turkey and Iran, Baghdad is pushing ahead to contain the Iraqi Kurds. It is also deeply encouraged by the fact that the United States opposes the Kurdish move toward sovereignty. The KRG has been a key ally of Washington – in many ways, a far closer partner than the Iraqi central government given Baghdad’s close ties with Tehran. But Kurdish independence is not in the American interest because it would further aggravate the existing conflicts in the region. If Washington supported the creation of an independent Kurdistan in Iraq, it could encourage the Kurds in Syria and Turkey to also push for independence, which would create far more problems between Turkey and the United States.

The U.S. will therefore try to mediate a truce between Baghdad and Irbil, but it will mainly try to stay out of the issue as it did when Iraqi forces took Kirkuk from the KRG. Turkey and Iran will be much more deeply involved given that it has more direct implications for them. Both want to prevent the Iraqi Kurds from claiming independence and from expanding southward. But that is the extent of their shared objectives.

In the end, the Iraqi Kurds will remain pawns in the power struggle between regional and global powers. As for Iraq, it will continue to be a failed state – internationally recognized as a country but effectively unable to act like one. 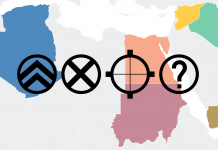