The election is far from over, and given the pattern of this election, nothing can be taken for granted. So while at the moment Hillary Clinton appears to be winning, two weeks remain. Nevertheless, whoever wins the election, certain massive shifts in the party structure of the United States have become visible and need to be considered.

My focus, in general, is on the broad geopolitical forces shaping and reshaping the world. Politics (or which individual has what job) is of little interest to me. But in this case, there are two reasons to be interested in the American election. First, this is the United States, and shifts in the behavior of the US affect geopolitics globally. Second, this election (regardless of who wins) has revealed some profound changes in the underlying dynamics of American politics.

The New Deal Kicks Off a New Era

The frame for thinking about this issue lies with the two major political parties. I want to begin with the Democrats because it is the party that has undergone the most profound change, and the party in which change is least discussed.

The framework of the Democratic Party was set in the New Deal. It was a coalition of Southern whites, Northeastern industrial workers, and African Americans. There were other elements, but this was the core. It was an unlikely coalition. In dominating the American South, it included white supremacists and African Americans in the same coalition, and then threw Catholic and Jewish Northeastern and Midwestern urbanites into the mix.

The foundation of this coalition was poverty. The Civil War had ended 67 years before the New Deal, and the South remained impoverished compared to the rest of the country. The ethnic Northern industrial class (many of whom were just a generation or two away from immigration) had been devastated by the Great Depression, as had African Americans who had migrated north since the Civil War.

The Democratic Party won the election of 1932 because it cast itself against the economic and social disruption of the Depression. It created a coalition of those who had been most affected by the Depression and the Civil War.

The Republican coalition was focused on small businesses, small towns, the more prosperous farmers, professionals, and the upper class. It was the party of the previous generation, in terms of both wealth and culture. It retained the Republican disdain for the South, dating back to slavery, and felt unease regarding both the waves of Eastern and Southern European immigrants and massive industrial urbanization. This was in many ways the coalition that had ruled the country since the Civil War. But its power had been broken by the Depression.

The Republicans argued that the Depression was caused by the irresponsible consumption and lifestyle of the 1920s and that the solution was a dose of austerity. The Democrats’ view was that this was a systemic failure of capitalism that could only be corrected by state intervention.

The two coalitions lasted until 1964 when Barry Goldwater took the South away from the Democrats. Goldwater was crushed in the election, but the coalition shift he heralded reshaped American politics.

While the Democrats retained Northeastern ethnic workers and a growing black voting bloc, the Republicans retained the wealthy, the professionals, farmers, and a shrinking small town base. But the shift of Southern Democrats to the Republicans is what elected Richard Nixon, Ronald Reagan, and the Bushes. Since 1932, the party coalitions had remained stable, with the exception of the white South revolting against integration, which the Democrats championed. This shift to the Republicans resulted in 28 years of Republican presidents in the 48 years between 1968 and 2016.

In those years, a new section of the population emerged: the suburbanites. This group was relatively well-to-do and tended to be better educated. The suburbs were founded by the VA loans to World War II veterans and the interstate highway system that made the land around cities accessible. The pre-World War II suburbs were Republican, but this shifted as the Depression-WWII generation moved in. Then their children, the Baby Boomers, moved on, and what had been a stable coalition became far more unpredictable.

The Boomers had a general tendency to be socially liberal and, over time, more economically conservative. They were better off and so were drawn toward the Republicans. But this group had been forged in the 1960s, and their social perspective was far more flexible.

Increasingly, the Republicans sought to hold and expand their coalition with two strategies. One was the need for tax cuts. The other was the culture wars: opposing abortion and gay marriage, supporting prayer in schools, and the like. During this time, the Democrats remained wedded to the New Deal strategy. Then they added abortion rights, gay rights, and opposition to prayer in schools to their strategy. Cultural issues became at least the equal of economic issues (which had been the center of the New Deal Democrats).

The white South remained attached to the Republicans. African Americans remained attached to the Democrats. The children of the ethnic industrial workers were split. They now lived in the suburbs, and the suburbs were divided by a majority that was socially liberal and a large minority that was socially conservative. Both of these groups shared a general tendency to be economically conservative.

The issue became increasingly about social mores, with an accelerating movement to normalize what had been considered deviant behavior. The children of the Boomers, the Millennials, were strikingly like their parents. They had their own cool name, they thought they were completely unlike their parents, and they tended to reinforce their parent’s views.

The country remained rooted in a culture war, while there was a general consensus over more conservative economics. But beneath the surface, a massive shift was taking place.

The foundation of the New Deal coalition was that the Democratic Party was the party of the workers and the Republican Party was the party of the upper-middle class. But the culture wars had cut the Democrats’ ties to blue collar workers without college degrees. This class also tended to be the most socially conservative. This was true not only in the South—where it was intense—but broadly around the country. Opposition to social evolution was present in all classes but most heavily in this class.

The Democrats had already willingly given up Southern conservatives. Now, given the culture wars, they were prepared to give up social conservatives everywhere. The problem though was that the social conservatives were to a large extent the non-college-educated workers that had once been the core of the New Deal coalition.

President Barack Obama sought, not entirely successfully, to keep this group in the coalition. Then, Hillary Clinton decided to use them to discredit Donald Trump. She painted Trump (and he painted himself) as the spokesman for those who were not college educated, white, socially conservative workers. Clinton understood that this group was not simply no longer favored by the Democratic Party—it was repulsive to the Democratic Party.

There is a constant argument that soon the United States will cease to be a predominantly white country, and that this group is increasingly irrelevant. A reasonable argument, it is posed in such a way as to create both a sense of desperate embattlement among white workers (particularly male) and a sense of loathing toward this group in the rest of the country.

There are two baskets. One is the “deplorables” who should have been expelled from the Democratic Party back in 1964 with the South. The second is the impoverished and hopeless. But the key here is that Clinton did not try to split Trump’s hold over this second group, as Lyndon Johnson or Harry Truman would have. Rather, she treated them as alien and unimportant.

Look at this another way. Since 1932, American politics were driven by economic issues. Now, they are driven by social issues. From the Democrats’ point of view, the working class was on the wrong side of these social issues, so Clinton gave up on them.

The Future of the Parties

The Democrats created chaos in their base, but in an orderly fashion. The Republicans created it in a disorderly way. Trump drew the white working class to him and engaged in what proved to be the losing side of the social values debate. While he had support in other classes, he did not own them as he owned white, non-college-educated workers. The Republican Party lost the culture wars in 2016: they added the white working class (as Reagan had in part) but united them on social issues that simply didn’t have the votes.

The major political battles on the cultural issues have been won. And while the battle may continue, a massive reversal on these issues would require a massive reversal in the political structure of the United States. The issue at this point is the fate of those earning below the median income. These are the people in the second basket of Trump supporters… and the former core of the Democratic Party. But because of the Democrats’ shift on cultural issues, they are now more aligned with the classes who earn above the median income. If they focus on those below, they must shift their cultural views. If they focus on those above, they alienate their old base.

If the Republicans now have the South and the white working class, what do they do with it once the culture wars subside? Both parties tossed out historical coalitions to fight the culture wars. When they are done, there is no clear hold the Democrats have on any group for primarily economic reasons—the Democrats’ old foundation. The Republicans actually have more currency there now. But these groups and the traditional Republican base don’t live well with each other.

It is tempting to say that the Republicans are a permanent opposition party now, but that would be wrong. For the moment, they have the possibility of owning the emerging challenge in the US—the ability of the middle class (and those below) to afford a decent standard of living. This was one of Reagan’s issues, and Trump resurrected it. The question is what the Republicans will do with the issue.

Nevertheless, I will argue that when we look back at this year, the Republicans will have lost the election, but they have been handed an opportunity to build a new coalition. The US may or may not find that whites are a minority, but it is not clear that all non-whites have common interests. Franklin Roosevelt had white urban workers. And Nixon offended white suburbanites. The Republicans’ acquisition of white non-college educated males, plus the South, is not trivial. This is a vital but not sufficient base. And we will see that when hard times come, as they always do.

Tying this base together with a winning coalition will not be easy, as it challenges what the Republican Party has become for the last generation. But then, Trump has ended that phase of Republican history. 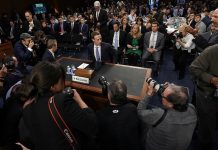 Marketing and the Delegitimization of Elections 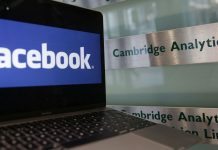 A History of Fake News