Warren Buffett is an extraordinary forecaster. Investing is about forecasting – you are buying part of a company because you expect it to grow. Sometimes, the forecast is poorly developed. Sometimes, it is well thought out but wrong. On rare occasion, it is accurate. The measure of a forecaster is whether he is right, and how consistently. Nothing else matters. What makes Buffett different is how well he forecasts. He is not always right, but he is right enough for us to know that it is no accident.

At the risk of displaying outrageous hubris, I have always been struck by how similar his approach to forecasting the future of companies is to our method of forecasting geopolitics. Before I get any deeper, I want to make clear that I understand that not only am I not Warren Buffett, but the gap between us is wide. Nevertheless, I admire and share the core principles that drive him. 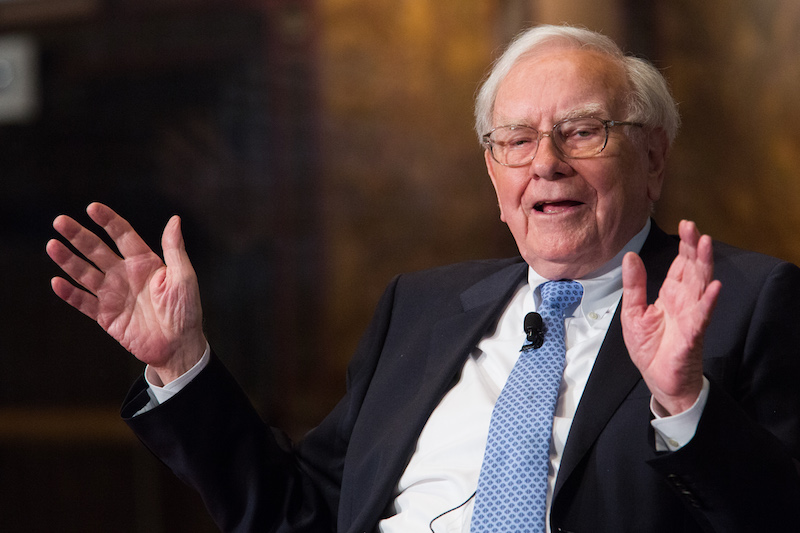 Warren Buffett, chairman of the board and CEO of Berkshire Hathaway, speaks in Gaston Hall at Georgetown University, Sept. 19, 2013 in Washington, D.C.

At the heart of Buffett’s methodology is an appreciation for the obvious, the thing that is staring you in the face. Many investors and economists develop complex mathematical models for guiding their investments, buying and selling at times with dizzying rapidity. For Buffett, the world moves much more slowly. The fluctuation of markets is background noise, which a disciplined investor should ignore. Buffett measures many of his investments by decades, through multiple recessions that some claim spell the end of America or capitalism or humanity.

Buffett seeks to invest in companies that have deep power and produce and sell things that will be needed for generations in a market that will have the money to buy them. These companies must have what he calls a “moat.” This is an advantage that will discourage other companies from challenging these businesses, or allow them to crush those that do. A sense of timing is also important; the most useful company in the world is not a good investment at the wrong price. Overall, Buffett looks at the world as it is and observes the obvious, which may be that everyone needs car insurance, or that trains are a very efficient way to transport goods in the United States, or that people like to eat candy. These are not banal insights. They represent a profound understanding of everyday life that is anchored in not needing to be novel.

We live in a world in which the obvious is neglected and the smallest development is seen as abolishing those things we know to be true. Buffett knows that the hunger for the next big thing opens a vast area in which to invest: all those companies that are reasonably profitable and unlikely to be challenged because they do not promise 10 times the return in four months. Since Buffett isn’t interested in how a company will perform in the next four months but in the next four decades, he takes advantage of a mathematical reality. A company that can achieve modest consistency over a long period is much more likely to be profitable than a company that sells a new product people are convinced they need, despite never having had it before. Such products exist, but building a forecast around the hunt for the unicorn is unwise, compared to going into the tissue paper industry.

Buffett also focuses on management. He doesn’t look at a company’s CEO, but rather at its deep structure – its culture, its resilience and the manner in which its strategy permeates the day-to-day life of the business. A good company creates good management; good management builds a good company. If you find one, you are likely to find the other. In this sense, the search for good management is fairly impersonal. CEOs retire; heads of departments come and go. The individual making the decisions is not the most important part of the company, the system of decision-making and operations is. These qualities will outlast the individual. You cannot invest in a company for decades based on your admiration for a handful of people.

Buffett maintains a very small staff. He and Charlie Munger look at the big picture that companies represent. They do not engage in financial engineering that looks at companies through a purely mathematical model, searching for narrow eddies of profit or loss, debt or reserves, that are hidden from sight. Most sophisticated investors today search for the thing that is out of everyone’s sight that can be exploited. Buffett looks for the broad realities that tell him where a company will be in many years. It is about seeing the obvious and believing it.

In geopolitical forecasting, we also look at the obvious when we examine a country. Russia survives by selling oil, but it doesn’t control the price. The vast majority of Chinese have not benefited from China’s ebbing boom. The United States has the deep power and management to survive crises that would destroy other countries, regardless of passing events and leaders. We look at the world in decades. We look for the thing that defines a country and try to measure how it will affect the country’s outlook.

Today, people are most impressed by experts with complex and hard-to-understand methodologies. They are all looking for the wizard who knows everything. They dismiss those who look at the obvious, thinking they are superficial. But our forecasting is done in a quiet room, with a few trusted colleagues, thinking and talking, and allowing the obvious to show itself.

I wish I knew how to turn geopolitical forecasting into $70 billion. Many have pitched clever ideas to me to try to make that happen. But in the end, geopolitics is not about investing. It is about enjoying the slowly unfolding reality of the world and taking pleasure in sometimes knowing what will happen before it happens. But I admire Buffett, not because of the money he made, but because of his patience and his willingness to be dismissed by the wise guys. Buffett is an important man, not for his money, but for his acute sense of how the world works.

The Politics of Space