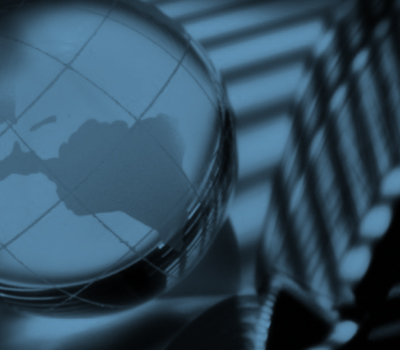 It has been a quiet few days. That is an odd thing to say when the town of Ramadi was taken from Islamic State, the U.S. embassy in China warned American citizens about the potential for terror attacks against foreigners in China, and tornadoes killed a dozen people in Dallas. However, the media reports many events every day that do not have geopolitical significance. After three weeks in business, the quiet of the past few days gives us an opportunity to explain how we decide whether or not an event is important.

The piece you are reading right now is called “Reality Check.” But at Geopolitical Futures, there really are no stand-alone pieces. Everything that we write is interconnected. The purpose of this daily feature is to distinguish things that matter from things that don’t. It is not a decision we make lightly. It begins with a unique understanding of geopolitics, one embodied by the forecasts and net assessments that live permanently on our website. We then use strategic intelligence methods of collecting and evaluating information to track and challenge these forecasts and net assessments. Everything we write – especially “Reality Check” – flows from this methodology. It is what we use to decide whether or not an event is important.

The simplest definition is that there are broad geopolitical shifts taking place that, over time, will change the way the world works. Geopolitics as we understand it is very different from the ways others interpret it. For most people, it is a term used interchangeably with “international relations.” For us, it is an integrated way of looking at the world. It begins with place and the constraints and possibilities of geography. Geography defines the kinds of communities we have, from small independent villages to vast nation-states. An Eskimo lives a different life than a Parisian who lives a different life than a Paraguayan. The arctic is not a European city, and neither can compare to a South American country. Differences in place define much of who we are.

Any place consists of multiple dimensions. There is the economy that feeds people. There is politics for internal organization. There is military for war-making and defense, technology to manage nature, and culture – which defines everything from community to beauty. All of these are components of geopolitics. These components are shaped by three things. First, there are the constraints of place. Second, there is the degree to which the various systems interact to create power in all its dimensions. Finally, there are surrounding communities – their power, their fears and their desires.

Thinking of a nation in terms of imperatives and constraints allows you to compare the relative power of nations. This power is always asymmetric. Some nations have greater economic power, others greater military power and so on. Furthermore, in this grand scheme, the individual is profoundly constrained. The fall of a prime minister rarely matters on the scale at which we work. We are interested in what changes the world – and the simple fact is individuals only rarely do so.

This methodology, and this is a limited overview, allows us to predict the interactions between nations and to forecast the likely outcome of these interactions. This allowed us to forecast that the European Union would not sustain itself past its first financial crisis, that Russia would reemerge and would conflict with the United States in Ukraine. It allowed us to forecast that the U.S. and Iran would reach an understanding about their roles in the region, and that U.S.-Israeli relations would cool. It allowed us to predict that China could not maintain its growth rate, and that the result would be a political and social shift, first to dictatorship and in the future, we think, to fragmentation.

All of these forecasts were contained in what we call “The Model.” The Model is the summation of how the imperatives and constraints we have identified confront each other at a global level. The Model tells us two things. The first is what parts of the world can significantly change the global reality. The second is it predicts what the likely outcome of change is going to be. So for example, at this moment, the Model is noting that Eurasia is in the process of massive degenerative change. The European Union is failing on multiple levels. Russia is both increasingly aggressive in the short run and fragile in the long run. China is struggling to cope with a massive shift in its economy. The Middle East is redefining itself after the collapse of its European-imposed borders. From this we can also forecast that Central Asia will destabilize, caught between various forces. Finally, the United States and North America, unlike Eurasia is stable in most respects and increasing its power.

We use two analytic tools to reach these conclusions. One is called net assessment, a term taken from the Department of Defense’s Office of Net Assessments. It is a difficult term to define, but our net assessments serve as snapshots of the geopolitics of a particular region or nation at a particular moment in time. The second is our forecasts, both the 25-year and the annual forecast for the coming year. Both are necessary in order that understand how events evolve over time, and both draw on the net assessments for specific analyses of the imperatives and constraints of the world’s most important actors.

The purpose of detailed intelligence is to destroy or change the Model. The Model’s danger is that it becomes a totem, worshipped by all. The purpose of detailed intelligence is to force us to adjust or abandon the Model. At the current time, for example, the Model says that in the long run Turkey will become a major regional power, and in the short run will align with an anti-Russian coalition running from the Baltics to Azerbaijan. The shooting down of a Russian aircraft moved this aspect of the model forward, but where Turkey will go is something that needs constant challenge. Similarly, the Model says that Central Asia will destabilize, and so you will see many updates on Tajikistan or Uzbekistan.

To return to our initial question: what matters ultimately is the condition of the Model. We are continually writing updates to the Model that confirm or falsify the Model, and in the latter we make adjustments and explain why. Having a defined view of the most important processes changing the world, we produce updates (not articles or stories but intelligence briefings) that focus on these areas. We also constantly search the rest of the world for areas of potential significance, or for things that we may have missed.

So, if you read our forecasts and assessments, you will understand the Model. Then, if you read our briefings – our updates on the model – you will see them evolve. Most things in the world don’t matter and there are sometimes several days that go by without impacting the model. Those events or processes that affect the world as expressed in the Model are what matter.

And this weekend was therefore very quiet. The Model slept well.

The Story of Venezuela