In the last week, the possibility of war between the Democratic People’s Republic of Korea and the United States has increased. It is necessary therefore to consider what such a war might look like. I am using the term war rather than merely American attacks on North Korean nuclear and missile program facilities because we have to consider the possibility of North Korea’s response and a more extended conflict.

Such a war would be based on North Korea’s decision to move its nuclear program to a stage where the U.S. and other countries conclude it is possible that North Korea is close to having a deliverable nuclear weapon. Given that the North Koreans could not survive a nuclear exchange, it is hard to understand why they would have moved their program to this point. The obvious reason for having a nuclear program is to use it as a bargaining tool. The reason for having a nuclear weapon would be as a deterrent to a foreign power seeking regime change in North Korea. The most dangerous period for North Korea is when it is close to having a weapon but does not yet have it. That is the period when an attack by an external force is more likely. It is the period before North Korea could counterattack. Pyongyang’s decision to deliberately send signals that it has a nuclear weapon increases the urgency of an attack. Its decision is odd, even if it already has one or two nuclear weapons. 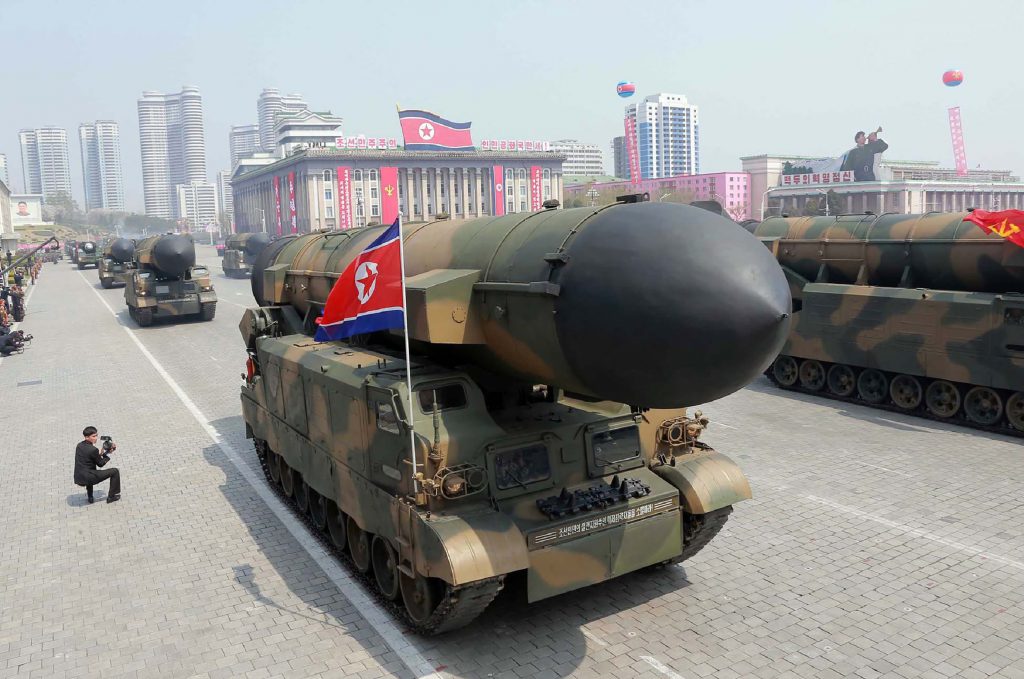 A U.S. decision to attack will be based on the severity of the consequences should the North Koreans use their weapons, if they have them. If not, the decision is based on the possibility that North Korea is close to having them. The problem with a U.S. strike is five-fold. First, does U.S. intelligence have clarity on the locations of critical North Korean facilities? Second, are the president and his staff confident in their intelligence? Third, can the facilities be destroyed with non-nuclear weapons? Fourth, is battle damage assessment possible (in other words, can we know with confidence whether the facilities were destroyed)? Finally, if only a nuclear weapon – or multiple nuclear weapons – can destroy the facilities, does stripping North Korea of nuclear weapons justify the significant political fallout the U.S. would face in launching such an attack a second time? And does it justify the risk that it might legitimize the use of nuclear weapons by others?

I don’t know the answers to these questions. I don’t think the U.S. will stage a pre-emptive nuclear attack absent clear intelligence that North Korea intends to strike first. I also will at least assume that a conventional attack is possible, and that battle damage assessment is possible. Under those circumstances, absent Chinese pressure compelling North Korea to step back from its current capabilities and demonstrate that it has stepped back (which is hard to prove), the United States might well attack.

Assuming an attack is successful, North Korea would face the question of how it would respond. It has two options. The lesser of the two, which North Korea appears to have threatened, is to attack American citizens in South Korea, including kidnapping and extracting them to North Korea. A far more significant counter would be to use its heavy concentration of artillery along the western section of the border with South Korea to initiate extremely intense shelling of Seoul. The casualties and damage from such a move could become extreme, even in a short period of time. Trading Seoul for North Korea’s nuclear program is not an option.

Were this to happen, the American response would likely be missile strikes and airstrikes designed to destroy North Korea’s artillery. The problem is that if the U.S. waits to see if North Korea initiates a barrage, that delay of a few hours would create unacceptable casualties. For the United States, such an attack on a close ally would be unacceptable, and it therefore would have to assume that this is what North Korea will do. North Korea deployed substantial resources for this possibility and has conducted exercises to test readiness (although it hasn’t fired).

Therefore, the United States must consider air attacks on an area running along the border to a slant distance from Seoul of about 25 miles, and a depth also of about 25 miles. In other words, the U.S. must devastate an extremely large area very quickly. The immediate problem is North Korea’s air defenses in this area. North Korea has a range of surface-to-air missiles (SAMs), including some indication that it has developed the equivalent of the Russian S-300, which is similar to the American Patriot system. If so, they are able to engage aircraft several hundred miles from the target.

The sequence for destroying the artillery is by dispersing vast numbers of area munitions from strategic bombers. The workhorse aircraft for this mission would be the B-52, which is able to carry a large tonnage of munitions and release it quite accurately from high altitude. But given that North Korea has high-altitude SAMs and the B-52s are not stealth, the losses of B-52s could be high. The U.S. has B-1s and B-2s, and the latter is said to be invisible to radar, but no one has tried to use them against a SAM concentration like North Korea has. At any rate, the U.S. has fewer of those, and for an area attack the number of sorties required and the time penalty for Seoul would be unacceptable.

Therefore, the U.S. would have to fall back on a conventional opening of an air campaign with a Suppression of Enemy Air Defenses (SEAD) attack. In English, they must destroy the SAMs. This would be carried out by a number of aircraft, particularly a class of plane called the “Wild Weasel.” These are attack aircraft armed with missiles that home in on radar beams. They carry electronic warfare systems for detecting and jamming radar. These missiles are extremely fast and follow the beam down to destroy the search radar and render SAMs useless. An SEAD attack could last for days or weeks, during which time North Korean artillery would be raining down on Seoul. The U.S. either accepts the possibility of extreme aircraft losses or the destruction of large parts of Seoul.

That leaves open the possibility of a ground assault. A ground assault directly against a concentration of artillery requires large losses as the force moves into contact. A flanking move to the east is possible, but it will be visible and the artillery can pivot – at least some can. Plus, the North Koreans have mine belts deployed throughout the border region. Similarly, the artillery is defended at depth, so an airmobile operation to take them from the rear would likely require deployment over 60 miles to the rear.

The North Koreans, therefore, appear to have an effective counter. Their artillery is dangerous and targets South Korea’s capital and largest city. Destroying the nuclear facilities while Seoul is devastated would raise questions about American military capability that would resonate. The United States needs a win for political reasons.

It is possible that North Korean artillery is less formidable than most think. It also is possible that U.S. military planners have defined a solution that is less dangerous than I have. But the fact is that on the surface, North Korea could give up its nuclear capability, still win a decisive victory against the Americans by destroying Seoul, and inflict severe losses on the American Air Force. It would emerge with the regime intact and even more credibility than before.

The artillery deployment north of the Demilitarized Zone facing Seoul has been in place for many years. Married to competent SAM systems and radar-guided guns, it seems to represent a formidable capability. This means that if the U.S. attacks the nukes, North Korea has the initiative to start a battle in the DMZ, posing unacceptable choices for the United States and catastrophic choices for South Korea.

If you detect a lack of enthusiasm by the South Koreans to the idea of a U.S. airstrike on North Korean nukes, this is why. It’s not about the cost of integrating North Korea into South, although that matters. Rather, it is their fear of losing their capital. Japan, also at risk from nuclear weapons but not artillery, is much more enthusiastic about these strikes.

North Korea might not initiate a response. But the United States doesn’t know what North Korea intends, and its intentions might change. Therefore, it must take this into account in any battle plan. I began by asking if the North Koreans are crazy. Perhaps so, but in this case they have handed the Americans a far weightier problem than simply wondering whether they have good intelligence and whether that intelligence can be trusted. With the best intelligence in the world, attacking and destroying a SAM concentration takes time, and Seoul doesn’t have time. The North Koreans know that and calculate that they have the upper hand.

A Moment of Miracles