The U.S. has issued a direct challenge to Russia with the passage of expanded sanctions. U.S. President Donald Trump begrudgingly signed a bill Aug. 2 that was passed by both the House of Representatives and the Senate with veto-proof majorities. If Russia does not respond, it will appear weak – something the Kremlin can’t tolerate. The question now is not if Russia will respond but how.

The answer is already beginning to take shape. The Russian Federation is a shadow of the Soviet Union, but the strategy it employs is still much the same: undermine the U.S. alliance structure by challenging the U.S. in peripheral areas. If it can distract the U.S. and make U.S. allies question Washington’s reliability, Russia will improve its negotiating position when it comes to other issues of vital Russian interest.

Russia has therefore made moves in a few important areas that should be seen as a response to the sanctions. The first area is the Caucasus. On July 31, a delegation from Russia’s Defense Ministry visited Georgia’s breakaway region of South Ossetia to implement a deal that would integrate South Ossetian soldiers into the Russian army. On the same day, Abkhazia, another Georgian breakaway region, ratified an agreement to establish an information and coordination center with Russia. Meanwhile, Azerbaijan has withdrawn from NATO’s Noble 2017 exercises, and tensions seem to be rising once more on the eternal Nagorno-Karabakh problem.

In the North Caucasus, Russia’s goal is fairly straightforward: to remind Georgia just how flimsy U.S. security promises are. In the South Caucasus, Moscow can exploit the drifting apart of Azerbaijan and the United States. It is an ideal place for Russia to push back against U.S. containment and undermine U.S. legitimacy. The fact that in recent months Turkey and Russia have reached an accommodation of sorts only exacerbates this reality. 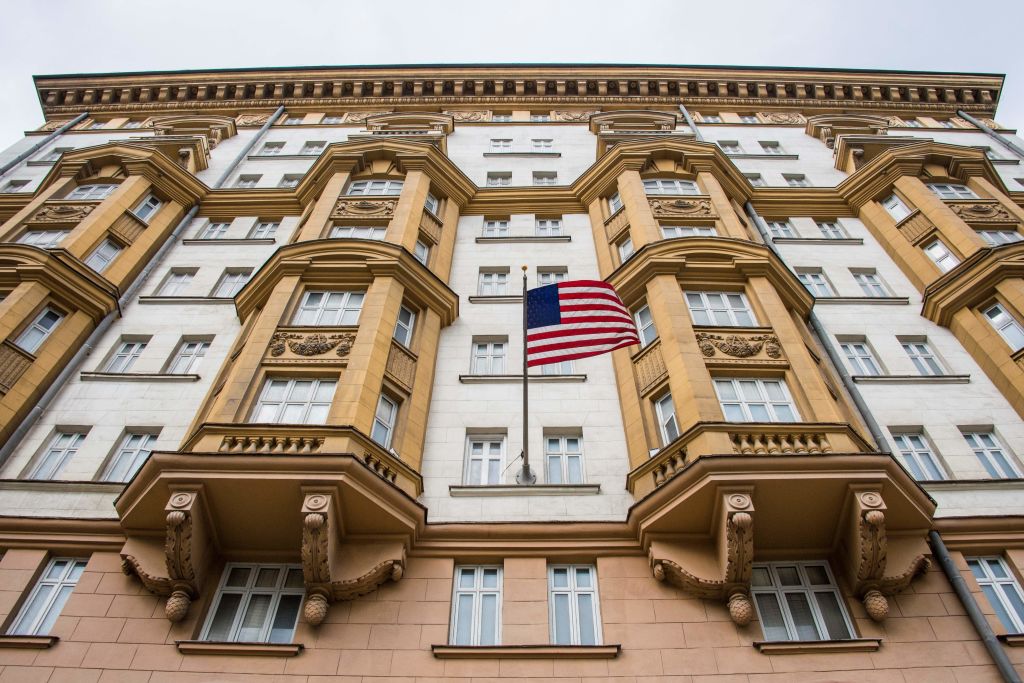 This type of activity has been most evident in the Caucasus, but it’s not the only place Russia can cause trouble for the United States. The U.S. remains intensely focused on the Korean Peninsula, as North Korea shows no signs of stepping back from its nuclear program. Russia may not have many avenues to shape this situation, but that’s not going to stop it from trying. Moscow has reportedly delivered certain resources, like flour and possibly crude, to Pyongyang in a potential attempt to weaken U.S. moves to isolate North Korea. Russia doesn’t necessarily have any strategic interests in North Korea, but the situation on the peninsula offers a useful distraction that could keep the U.S. from focusing on the Kremlin.

China, which has seen deteriorating relations with the U.S., is another place where Russia can create a distraction. On the same day the sanctions bill passed the U.S. House of Representatives, China and Russia held joint naval exercises in the Baltic Sea, another region sensitive to Russian assertiveness. China and Russia don’t see eye to eye necessarily, but Beijing may also be the target of future U.S. sanctions for its unwillingness or inability to push back against Kim Jong Un. A show of solidarity with China in a region like the Baltics, where the U.S. has made security guarantees, serves Russia’s purposes nicely.

Then there’s Ukraine, in large measure the fundamental issue that lies unresolved between Russia and the United States. On July 31, The Wall Street Journal reported that a joint State Department and Department of Defense proposal to provide Ukraine with defensive arms was delivered to the U.S. president and is under review. In some ways, this move would be even more worrying for the Kremlin than sanctions are. It’s not surprising, then, that there have been signs that the situation in eastern Ukraine is worsening. Some armed units in Donetsk and Luhansk will reportedly participate in military exercises with the Russian army in August and September, and Kiev cut off electricity to Donetsk last week. This may foreshadow things to come.

This is not an exhaustive list of where Russia will seek to respond to the sanctions issue. Moldova, the Balkans, Eastern Europe and Central Asia are also compelling candidates. The goal in all these regions is not to trigger an actual conflict but to create the impression that conflict is possible, at least to the extent that the U.S. will release some of the pressure on Moscow. The secondary goal is to capitalize on and even exacerbate tensions – sometimes the result of U.S. overextension, other times a result of competing interest – between the U.S. and its allies.

And Russia may have a somewhat unexpected ally in the European Union, which did not approve of the expanded sanctions but could do little to stop them. Russia will try to exploit the gap between U.S. and EU interests on this issue. In particular, Moscow will avoid destabilizing activity that jeopardizes even a small confluence of interests with Germany.

This is not a perfect solution for Russia. It suffers from two critical problems. First, the White House doesn’t control U.S. foreign policy. Only Congress, which has firmly supported sanctions against Russia, has the power to dissolve them. Russia therefore can’t reach an understanding with the U.S. president to make the sanctions go away. He would need congressional approval, and there’s arguably as much conflict between Congress and Trump as there is within the Trump administration itself.

Second, the fundamentals of Russian power put Moscow in a very difficult situation. The Russian economy is struggling with low oil prices, and President Vladimir Putin does not have a great deal to show for his leadership beyond a freshly contentious relationship with the United States. Putin needs to find ways to show both the Russian people and the world that Russia is powerful – even if it isn’t. Russia is holding a weak hand, and though it is fair to say Moscow has demonstrated it knows how to play a weak hand very well, the deeper point is that the sanctions are forcing it to play the hand whether it wants to or not.

Brief: Russia and Japan Jostle Over the Kurils

Daily Memo: US Tariffs on Chinese Goods, Russian Weapons in the Kurils

A US-China Trade War? Not So Fast