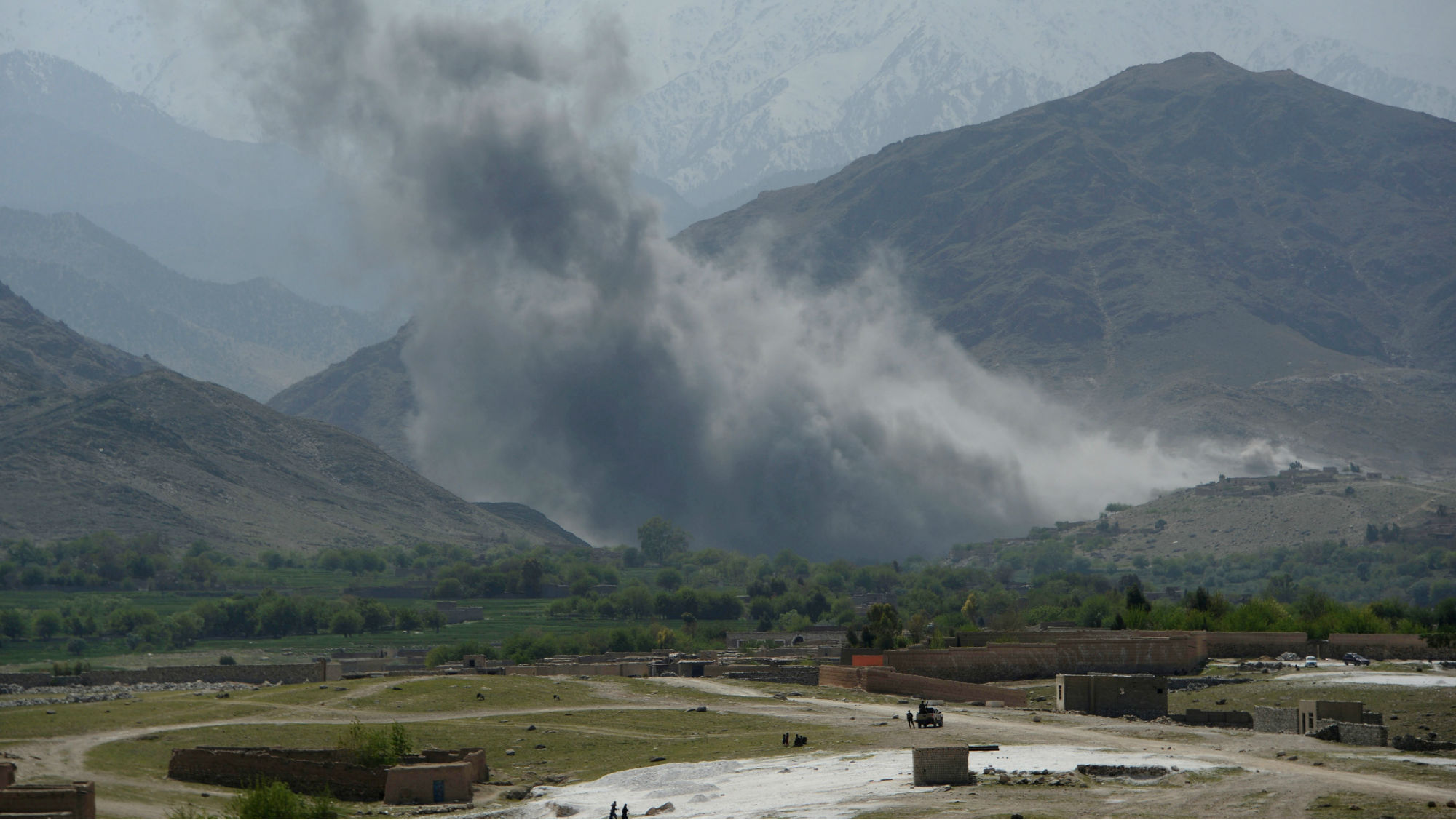 It’s no secret the United States and Pakistan have a troubled relationship. And it’s no secret why this is so: The events of Sept. 11, 2001, brought the U.S. military to Pakistan’s doorstep, in Afghanistan, where the Taliban had harbored some of the militants responsible for the 9/11 attacks. The war has continued ever since, and in the intervening years Pakistan has tried to find a way to help the United States pursue its interests without abandoning its own. It has been only sometimes successful in this regard.

But ever since U.S. President Donald Trump unveiled his new Afghan policy – delivered Aug. 21 in a speech that accused Pakistan of doing too little to help the U.S. war effort – the government in Islamabad has defied the U.S. In a Wall Street Journal interview published Sept. 16, for example, Pakistan’s foreign minister said that Washington’s “militaristic approach” to Afghanistan is a failed policy, one that might be salvaged through negotiation with the Taliban. Pakistan is making clear its intention to leave Washington’s sphere of influence for an alignment consisting of China, Iran and Russia. It’s unlikely Islamabad can do this successfully.

The Afghan war hasn’t been easy for Pakistan. For all that is said of the Afghan Taliban, their fall gave rise, at least in part, to the Pakistani Taliban, which launched a fierce insurgency that has claimed the lives of more than 70,000 Pakistanis, many of whom were soldiers in Pakistan’s own “war or terror.” The Pakistani armed forces have managed to reclaim large pieces of territory from jihadists in the northwest, but they have been careful to avoid targeting the Afghan Taliban and militants otherwise preoccupied with fighting Pakistan’s rival India. 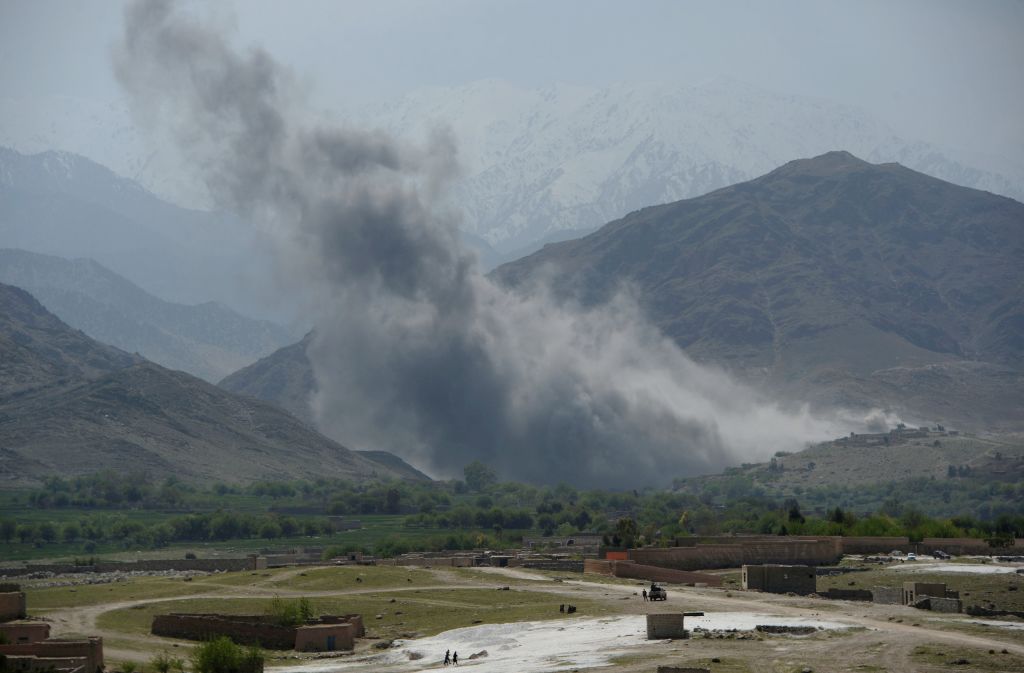 In this photograph taken on April 11, 2017, smoke rises after an air strike by U.S. aircraft on positions during an ongoing operation against Islamic State militants in the Achin district of Afghanistan’s Nangarhar province. NOORULLAH SHIRZADA/AFP/Getty Images

Even when Islamabad does not outright support jihadists, it doesn’t work against them either. After all, most jihadist leaders who have been captured or killed were captured or killed in Pakistan. For the United States, this was unacceptable. Washington has demanded that Islamabad more actively fight the Afghan Taliban – especially the Haqqani network, which is linked to Pakistan – because Washington simply cannot achieve its goals in Afghanistan – degrading the Taliban militarily to force negotiations before eventually leaving – without Pakistan. And while many in Washington disagree over the best way to achieve these goals, most agree that Pakistan should do more.

These same people understand that negotiations with the Taliban are inevitable. Hence Donald Trump’s decision to deploy more U.S. troops. But no one ever successfully negotiated from a position of weakness. The Taliban are winning right now, controlling some 40 percent of the country, and they have no reason to compromise. This is why Washington wants Pakistan to crackdown on the Afghan Taliban in Pakistan – something it believes would benefit the United States in Afghanistan. It needs to force the Taliban to the negotiating table, and the only way to do that is to convince them they are no longer winning. This will take some time, but with the Taliban so far from mainstream politics, policymakers may believe they have no other choice.

It’s a sensible strategy. The only problem with it is that it won’t work. Pakistan can’t hold up its end of the bargain even if it wants to. The government in Islamabad may have held sway over the Taliban some years ago, but that is no longer the case. Islamabad distanced itself from the Afghan Taliban, and now it is no longer something it can control. This is not lost on the Pakistanis. The Americans have overestimated Pakistani influence, and the Pakistanis have done nothing to disabuse them of this perception. This is why the Pakistani foreign minister said that the Trump administration should sit down with all regional players who have influence over the Taliban.

Though Pakistan doesn’t receive quite as much U.S. financial aid as it once did, it still receives enough that it can’t afford to upset the U.S. too much. Pakistan needs U.S. patronage if it is to continue to do business in the international community. And in any case, Pakistan’s military depends on U.S. platforms, so it will require U.S. help so long as its rivalry with India remains in place.

Still, the government figures that the Americans cannot manage Afghanistan without Pakistani assistance. This explains Islamabad’s recent recalcitrance. From its point of view, the United States will eventually get tired of Afghanistan – it has many other priorities, and it’s eager to conclude the longest war in its history. At some point Washington will leave, but leaving is a luxury that Pakistan cannot afford. No country, after all, can escape its location.

Domestic considerations factor into Pakistan’s decisions as well. The past four decades have given rise to right-wing nationalist and religious elements. These Islamist and jihadist forces have entrenched themselves throughout Pakistani society and, in doing so, have influenced the way civil-military leaders behave. They can no longer, for example, crack down on Taliban-like movements like they once could for fear of the political and security repercussions it might entail.

U.S. pressure isn’t anything new; Washington has been trying to get Pakistan to do its bidding ever since the World Trade Center fell. Islamabad has been able to deflect this pressure for the past 15 or so years, knowing that it can forsake neither the United States, which it needs financially, nor the Taliban, which it simply cannot escape. What’s new is the ideological transformation of Pakistani society, and it’s a transformation that will prevent the government from complying with U.S. demands.

Pakistan, then, has few good options. It will bear the brunt of the Taliban resurgence once the U.S. leaves, so a U.S. departure isn’t in Pakistan’s interests. But many of the anti-Taliban elements in Afghanistan are pro-India, so allowing them to take power would not be in Islamabad’s interests either. Substituting an alliance with the United States for an alliance with Russia, Iran and China – something to which Pakistan appears to aspire – doesn’t solve all of Islamabad’s problems.