On Aug. 21, President Donald Trump rolled out yet another U.S. strategy to try to bring closure to the war in Afghanistan. The core of the new strategy is based on the idea that U.S. support for Afghanistan is not unlimited and that Washington should not be engaged in nation-building in the country – even though it is not opting for a rapid withdrawal. Though Trump praised the Afghan government and its security forces, his remarks indirectly made the point that outside powers cannot build nations when the domestic stakeholders are not ready to agree on a constitutional order.

We wrote in May about how the U.S. military’s continued involvement in Afghanistan only delays the inevitable. When the U.S. military invaded Afghanistan in October 2001, it hoped to lay the foundations for a democratic Afghanistan. The new government was supposed to keep Afghanistan from again becoming a launch pad for transnational jihadists. Yet today, the jihadist insurgency is gaining ground quickly. Al-Qaida has been seriously degraded in the country, but the Taliban insurgency has kept growing, and the Islamic State is now increasingly active in many parts of the country. Adding 4,000 U.S. troops to the 8,000 already there will not make a difference. Even with 100,000 troops in the country as recently as 2011, Washington couldn’t quell the insurgency.

For years the U.S. searched for a strategy to justify its exit. It hoped that over time, with the support of American troops, Afghan security forces would be able to fight their way to a stalemate that would force the Taliban to the table. But Afghan security forces have never gotten over their chronic weaknesses. The blame cannot fall solely on the men and women in uniform, however; they are only as mature as the political system they are defending.

Afghanistan’s more fundamental problem is that the central government has scarcely any influence over the rest of the country. Afghanistan hasn’t had a real state since its Marxist regime fell in 1992, and even then it was dealing with a serious insurgency. At that point, the Islamist factions that fought the communists and their Soviet allies turned their guns on one another – a conflict that gave rise to the Taliban. After the West toppled the Taliban regime after 9/11, it brought those old, mostly Islamist warlords together to form a democratic regime.

This effort – relying on a patchwork of warlords with only local or regional influence who didn’t even share ethnic and linguistic backgrounds – was never going to work. The only thing that bound the warlords together was their hatred of the Taliban. But the Islamic Republic of Afghanistan was founded anyway, and it muddled through the years of the Hamid Karzai presidency (2002-14), mostly because the U.S.-led NATO task force had a large presence in theater at the time. By 2014, with most of the Western troops gone and the shared fear of the Taliban long forgotten, internal rivalries bubbled to the surface.

The 2014 election to choose Karzai’s successor ended in controversy. Ashraf Ghani was declared the winner, but his victory was challenged by his rival, Abdullah Abdullah. Then-U.S. Secretary of State John Kerry pushed the two sides toward a compromise whereby Ghani would serve as president and Abdullah as chief executive. The arrangement was meant to be temporary until a more robust power-sharing mechanism through a constitutional amendment could be found. That hasn’t happened, and the deal has since expired, creating more infighting.

As if that weren’t enough, other warlords have entered the fray. The most notable is Pashtun Islamist insurgent leader Gulbuddin Hekmatyar, who, after years in the political wilderness, cut a deal with Kabul that allowed his movement, Hezb-e-Islami, to join the political mainstream. His return to politics hasn’t exactly restored calm to the country. For example, a few days ago he criticized the fact that some 600 military generals come from the mostly Tajik province of Panjsher. The Tajiks and Pashtuns have a long-running rivalry, and comments such as this undermine what little military power Kabul has. The Tajik Islamist party Jamiat-i-Islami, Hekmatyar’s historical rivals, reacted sharply, saying that he was sowing ethnic and linguistic discontent in the country.

In addition to these divisions, the Afghan armed forces suffer from another problem: too many generals. In fact, the military has more than a thousand of them. The situation arose from the fact that top figures from so many different factions have been incorporated into the security system to keep the peace. But instead of advancing the national interest and fighting the Taliban jihadists, too many of these generals are focused on advancing their own partisan interests.

And this is the core problem of Afghanistan: It lacks a social contract to tie the various factions together. The U.S. military can’t hold this patchwork of a state together, and although the Trump administration has decided to stay the course, it’s unlikely that Washington will continue to squander resources like this for too long. A full withdrawal is not just the preferred course of action for Trump and his more ideological advisers – it’s also an option that is slowly gaining mainstream appeal. 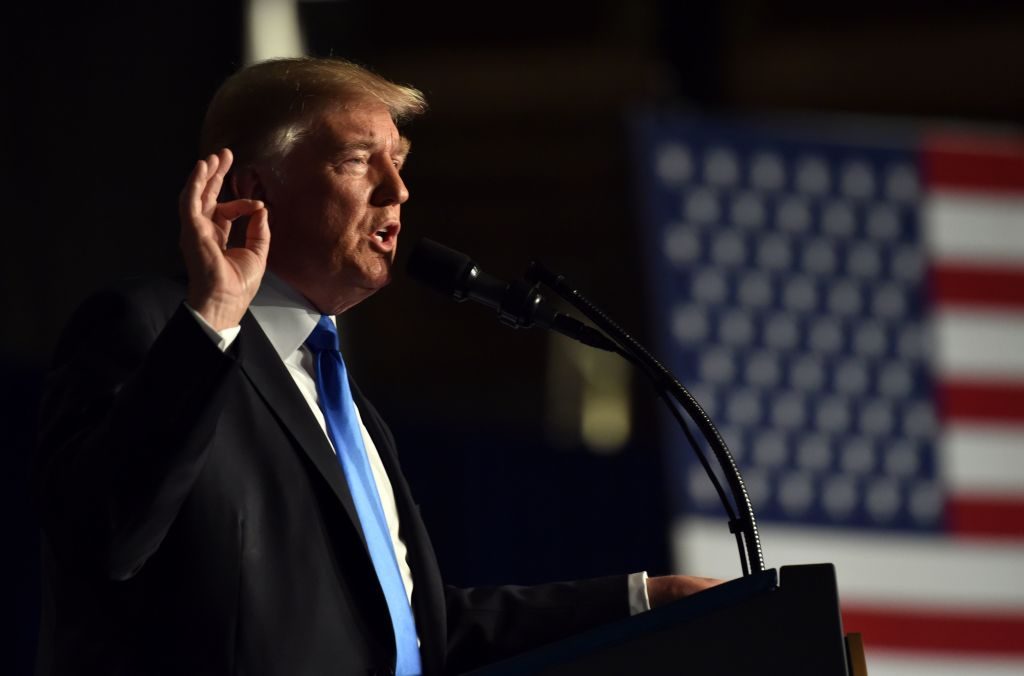 U.S. President Donald Trump speaks during his address to the nation from Joint Base Myer-Henderson Hall in Arlington, Virginia, on Aug. 21, 2017. NICHOLAS KAMM/AFP/Getty Images

In a recent article in the Atlantic, noted realist scholar and MIT professor Barry Posen called for an American military withdrawal, which would force others Russia, Iran, Pakistan and others in the region to deal with the war-torn country. In such a scenario, the two countries that would play a lead role would be Pakistan and Iran. A U.S. withdrawal would lead to the collapse of a regime the West spent 15 years nurturing – hence why Trump’s strategy is based on a compromise between the president’s preference for a rapid pullout and the open-ended commitment his generals sought. This doesn’t mean the Taliban will soon come to power, but it does mean that Afghanistan would return to the intra-Islamist warfare that it experienced in the 1990s.

In years past, the battle lines were clear between the Taliban and the anti-Taliban factions under the old Northern Alliance umbrella. The situation today is far messier. The Taliban are internally divided and are being challenged by the Islamic State. On the other side, the factions that make up the anti-Taliban camp are at each other’s throats. The other governments in the region also don’t have clear sides. Pakistan no longer holds the influence over the Taliban that it once held and believes the rise of the Taliban will make its own jihadist problems worse. Pakistan would also risk greater anarchy if it cracks down on the Afghan Taliban sanctuaries on its soil as Trump’s new strategy demands, which means there will be a reckoning between Washington and Islamabad. Meanwhile, Iran, Russia and China have moved beyond simply siding with the enemies of the Taliban and have cultivated a significant degree of influence with the main Afghan jihadist movement.

The continued presence of American forces is delaying the tumult, but not for much longer. With the way things are going, Afghanistan’s dramatic unraveling will begin even with a U.S. military presence on the ground.