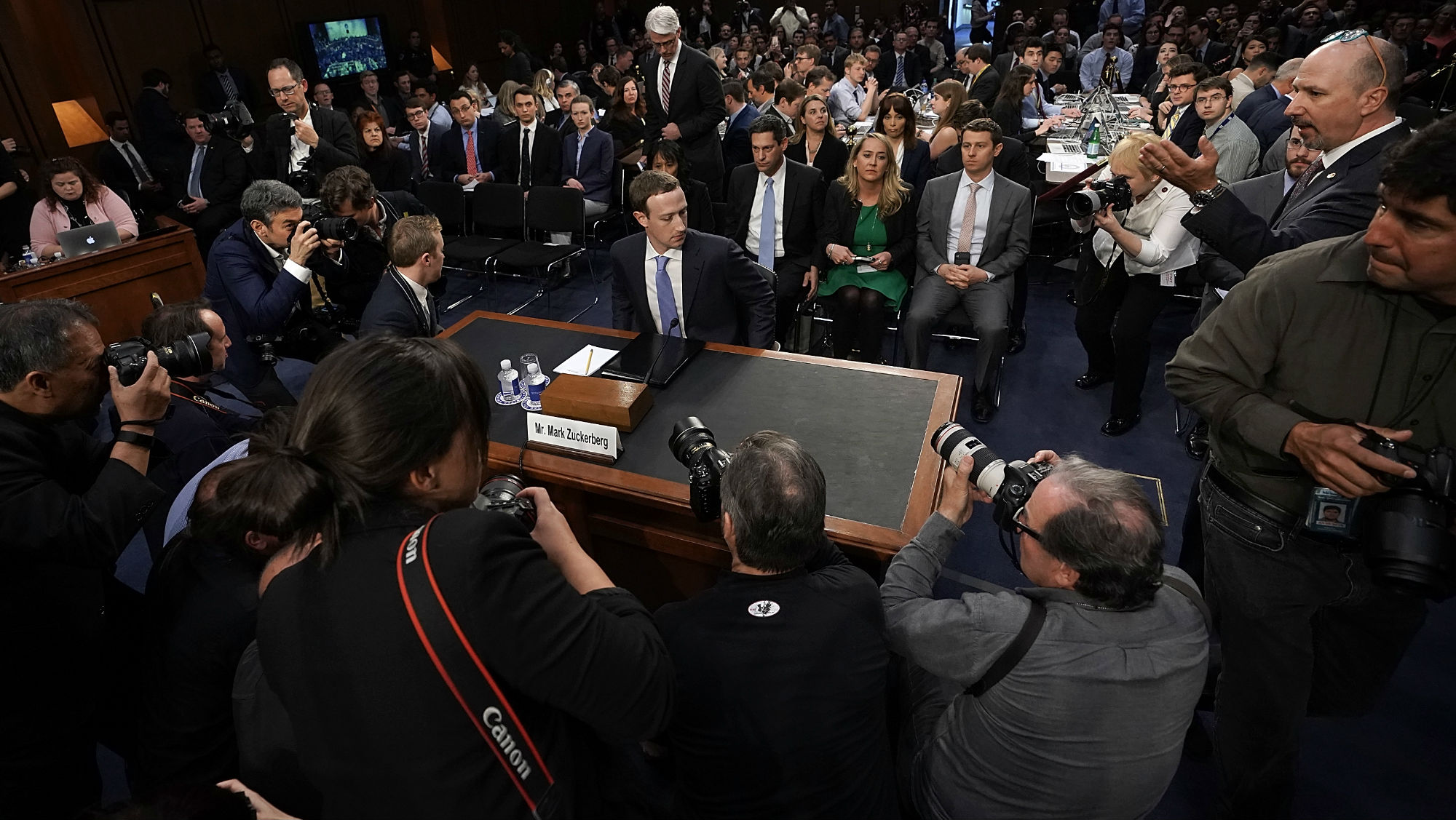 Last week, I wrote about the use of marketing in elections. This week, as Facebook CEO Mark Zuckerberg faces a congressional hearing on how Facebook data was used during the 2016 presidential election, I will address one of the critical consequences of marketing. It is a tool used on a global basis to delegitimize elections and, with it, democracy.

As I argued last week, the use of marketing, particularly online marketing, has been growing. But this doesn’t necessarily mean it is becoming more effective. It has been claimed that the Russians interfered in the U.S. election by spreading fake news stories to help Donald Trump get elected. It has also been revealed that consulting firm Cambridge Analytica helped run the Trump campaign’s data operations and used social media user data to target certain voters with customized content. The connection between alleged Russian interference and Cambridge Analytica is murky, but they are both being used as examples of how the internet can sway election results. This assumes that such techniques are effective enough to change voters’ minds and influence the outcome of a presidential election.

The Effectiveness of Marketing

There is serious doubt about the precision of online campaigns that are supposed to target individual users. Anecdotal evidence suggests that some individuals have little interest in the content that shows up in their Facebook feeds. That means that news stories and political ads may not be targeted at the right people and that there is area bombardment going on, with a wide range of users being served messages in the expectation that many of them will be susceptible to the messages – some of which may be fake news. Marketers, understandably, claim that their methods are highly effective both in reaching the right audience and in convincing that audience to believe what the marketer wants them to believe. But how effective is online marketing really?

Some claim that Cambridge Analytica was a decisive force in Trump’s election. More than anyone, Cambridge Analytica benefits from this belief. Except for the possibility of it having taken illegal action, Cambridge Analytica’s greatest marketing triumph may have been earning the very public reputation of having the expertise to shape history. Imagine what it can now charge customers to help them sell far less controversial products.

The truth is that it is not clear how effective Cambridge Analytica’s activities were. The call to action, as marketers call it, was to have those individuals who received customized ads or other content vote for Trump. But there’s no real way of knowing how these individuals behaved offline, and voting is an offline activity. We don’t know if the ads reached the right people, if they convinced people to vote for Trump, or if they only reached those who intended to vote for him anyway.

Mark Zuckerberg is in a difficult position. On the one hand, his business runs on making his users available for marketing. In selling access to his users, he naturally wants them to be both accessible and persuadable. If he denies these two premises, the value of advertising on Facebook declines. On the other hand, if he affirms the value, he will then be seen as creating an engine that undermines democracy.

The core issue is not one of marketing but one of citizenry. If the citizens’ minds are so vulnerable to lies and manipulation, the ultimate assumption of marketing is that once you find voters, you can persuade them to do things they would not do otherwise. An important question would then be whether this has always been true and the internet simply makes the process more efficient, or whether internet technology vastly increases voters’ susceptibility. And here lies the issue. On the one hand, the willingness of voters to change their minds based on the information they receive ought to be a core component of democracy. A voter incapable of changing his mind weakens democracy. But if the internet has the ability to control – rather than influence – someone’s mind, then democracy is endangered. This is why the question of how effective internet marketing is cuts to the heart of democracy.

The problem is not that a candidate for office tried to shift voter opinion; that is as old as the Republic itself. The problem is that the internet is such a powerful tool that it can compel voters to vote when they didn’t intend to or to vote for a candidate they didn’t initially want to vote for, not because they were persuaded to but because of some unique and non-rational power that a company like Cambridge Analytica can harness. Put differently, we have been seeing 30-second ads on TV for several generations. The internet is orders of magnitude more powerful.

I don’t know this for sure because the data isn’t there, but I suspect that most of the campaign advertising went to people who weren’t susceptible to being manipulated, and that those who were susceptible already had their minds made up. But I do know that the belief in the power of the internet has created a suspicion that an elected candidate can be illegitimate. If the Russian use of the internet was as effective as some imagine, then Donald Trump was elected not through legitimate means but through a kind of manipulation of the voters’ minds that vastly outstripped television and newspapers ads, torchlight rallies and the calm reason of the citizens of the Republic.

Claims of illegitimate elections go back to 1824, when Andrew Jackson charged John Quincy Adams with stealing the election. But the internet issue is different because it ultimately asserts that the voter’s psychology is so vulnerable to the machinations of internet marketing that a Clinton voter can be persuaded to vote for Trump and vice versa.

The truth or falsehood of this statement is not the point. The point is that this has become plausible, and if it is plausible, then many will believe that any election whose outcome they dislike or which surprises them must have been stolen by the nefarious tools provided by the internet. And since all use the internet in some way, all elections become subject to a new notion of fraud.

Of late, the attempt to delegitimize elections has become common. In the United Kingdom, anti-Brexit campaigners have tried to reverse the outcome of the referendum by claiming that the proponents of Brexit lied and misled the ignorant. In Israel, Benjamin Netanyahu’s electoral victory was held suspect by some because of his last-minute warning of high Arab voter turnout in an effort to rally his supporters. But it has been in the United States where the most significant claim was made, and that claim was based extensively on the power of the internet. This was the claim that the Russians intervened in the election, partly by stealing emails and partly by planting lies in the internet. Except for this machination, it’s argued, Trump may not have won. Add to this the Cambridge Analytica affair and the plot grows even thicker.

One of the foundations of a democracy is the willingness of the defeated to accept the outcome of the election and to go into loyal opposition, planning for the next election. If that is lost and elections are no longer definitive, then the governance of the Republic becomes illegitimate. Therefore, the question of whether online marketing is so powerful as to reshape the mind of the voter and thereby the election becomes an issue central to our democracy.

The issue is not a matter of persuasion, which is the point of a campaign. Rather, it is the assumption that a substantial part of the electorate can be manipulated to change its vote not via arguments but via irresistible, targeted and crafted content, some of which may be lies.

I personally don’t think online marketing is nearly as effective as has been claimed. But just the claim that it is that effective legitimizes the idea that the outcome of the election does not reflect the will of the people. Anyone can use the internet, and anyone can use it to market anonymously. So long as that is the case, everyone will try to play the game. But the assumption that the voter is actually manipulated by all this is dubious.