There is something ominous-sounding in the deep state. It implies that beneath constitutionally ordained systems and principles, there is a deeper and more potent power in control of the nation. It implies a unified force deeply embedded in the republic that has its own agenda and the means to undermine the decisions of elected presidents and members of Congress. Its power derives from control of the mechanisms of power and being invisible.

The deep state is, in fact, a very real thing. It is, however, neither a secret nor nearly as glamorous as the concept might indicate. It has been in place since 1871 and continues to represent the real mechanism beneath the federal government, controlling and frequently reshaping elected officials’ policies. This entity is called the civil service, and it was created to limit the power of the president. 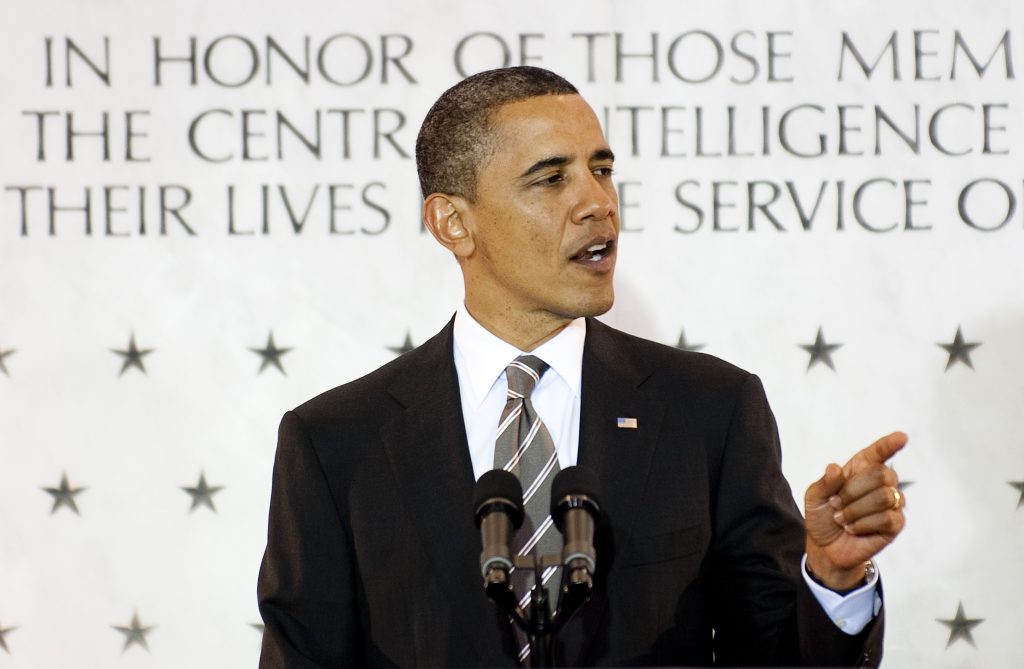 Prior to 1871, the president could select federal employees. He naturally selected loyalists who would do his bidding. Occasionally, he also would hire people as a political favor to solidify his base. And on occasion, he or one of his staff would sell positions to those who wanted them for a host of reasons, frequently to make money from the positions they were given.

Carl Schurz, a German-born Union Army general, proposed the idea of a nonpolitical civil service. It would be both a meritocracy and a technocracy – not his words, but his idea. Civil servants would be selected by competitive exams measuring their skills for the job. And the job of civil servants would be to implement laws passed by Congress in the manner the president wanted them enforced.

Previously, all government employees – save those from the two other branches of government – served at the pleasure of the president. This was no longer true, and it meant that a civil servant could not be fired on political whim, but rather with cause, such as failing to do his job competently or refusing to obey instructions from the office of the president.

The intent was to limit the president’s power because the expectation of presidential probity had proven problematic. But there was another reason. During and after the Civil War, government laws and policies had become far more complex with more long-lasting effects on society. A presidential term lasted four years; policies could last for generations. If administrators were replaced every time a president left office, as previously had been the case, there would be no continuity in government. New administrators would constantly have to learn the complexities of their jobs, and by the time they mastered it, they would have to leave. Government operations had outgrown a president’s term.

But a deeper concept was at work here that went beyond the United States, originating in Europe. That idea mandated a separation between the political state and the administrative state. As the state acquired more responsibility and its tasks became more complex, government administration had to be taken away from the politicians, who were unskilled at the job. This was in many ways the origins of technocracy, a doctrine that stated that a government run by experts broadly guided by their political masters was the only way to correct a democratic republic’s shortcomings. Elected politicians provided direction, while technocrats provided expertise, advice and continuity.

On the surface, this was reasonable. It anticipated the dramatic growth of the federal government and created a structure to cope with its complexity. While this evolution was not included in the Constitution, it was not unconstitutional because the president and Congress remained in charge. But like all things, it had unexpected consequences. By stripping the president of the right to fire those whose performance did not meet his standards, the solution posed a problem: If a civil servant could only be fired for cause and did not serve at the pleasure of the president, how could the president be certain that the policies being followed were legislated and ordered by him?

As the government grew, the solution was to use a class of administrators appointed by the president. These were the Cabinet members, whose task it was to understand the president’s will and verify that civil servants were doing as they were told. In other words, a “super” civil service was created that served at the president’s pleasure and sought to control a civil service that could not easily be dismissed for insubordination without a breathtakingly complex process.

In addition, C-List members, who could and would be fired if an opposing party won the election, were constantly engaged in maneuvers to secure different jobs, promote reputations, and above all, avoid blame for failures and gain fame for successes.

This was further compounded by the rise of independent agencies like the Federal Reserve, the CIA, and countless other autonomous and semi-autonomous agencies created to protect not only their permanent staff from political pressure but also the entire agency. The desire to limit political pressure – also known as the power of the president – was intellectually defensible, but in practice created a system that could not be readily controlled or even understood. Among the independent agencies, even decision-making was opaque. Between the entities reporting to the president, there was a layer of political appointees, which created turbulence between the president and the civil service.

Civil servants do not stage coups – they become civil servants because the pay is reasonable, job security is high and benefits are excellent. Many could earn far more in other fields, but they rationally decide their preference. And many deeply believe in their mission. The CIA, which has its own civil service system, is not manned by massive risk-takers (apart from a handful who actually do take risks). Taking control of the government – beyond leaking a few documents – violates the basic principle of government service: bureaucratic caution. For the most part, government civil service personnel are cautious people who genuinely believe in their mission – continuing to do tomorrow what they did yesterday. Their form of resistance is built around passive resistance. Demands for change manifest not in an uprising, but in delay, complexity and confusion.

The issue is not that there is a deep government, but that the deep government is no secret. It was created with the purpose of limiting presidential power, and in part, the will of the people. In separating politics from administration, the creation of the civil service weakened the political system and strengthened the administrative one. That is what was quite openly intended.

There is a layer of employees in the turbulent boundary who have ambitions far beyond their jobs. This layer of employees, particularly those approaching retirement, also exists in the independent agencies. The former are bright young men and women who wreak havoc with ambition; the latter are men and women who have spent their careers struggling to do their jobs against a political system they regard as incapable of understanding what they do. This is natural given that they also have spent their careers making what they do mysterious and incomprehensible. As they age, they become more conservative (in the sense of preserving what is) and see themselves as the guardians of ancient verities. They frequently face a president who believes that the experts are the problem, not the solution.

In many countries, this would involve tanks in the streets. In the United States, it means intense and creative name-calling, either directly or through leaks to The Washington Post (for the second rank) and The New York Times (for the top rank). I recall the rage in the Department of Labor at President Ronald Reagan for firing air traffic controllers. I noted the anger at President John F. Kennedy’s false news about a missile gap in the military-industrial complex and the schadenfreude at the Bay of Pigs.

A serious issue arises when an elected president faces a revolt of those who putatively serve him. Whatever those people may think, they serve the president, who is elected according to the Constitution. The problem is that not serving at the will of the president and failing to respect election results – including leaking unverified claims about the president to the media – is inappropriate. Most presidents have been cowed by this, but Donald Trump gives as much nonsense as he gets.

The point is that the idea that there is a deep state hidden from view that really controls things is absolutely true, except for the fact that it is not only visible to everyone who looks but is written into law. It exists not because of conspiracy, but because of the desire to shield government from politics. I understand the logic, but the result has unexpected and unpleasant consequences. A discussion of the deep state is possible only by really not understanding that the U.S. government functions as it does because the deep state was actually seen as a good idea.

For someone not wishing to do research on this, there is a BBC comedy called “Yes Minister,” and its sequel, “Yes, Prime Minister,” about the battle between the elected British government and the permanent government of civil servants. It is hilarious, and if nothing else, will show you that the British are as insane as the Americans, but much more polite.