I am loath to write another piece on the Russians, the CIA and U.S. President-elect Donald Trump. Under normal circumstances, the United States touches most events in the world. Now with most of the world’s leadership obsessed with Trump’s intentions, it has become difficult to do geopolitical analysis without also discussing the incoming Trump administration. And so this constantly brings us back to the triad of Trump, the CIA and the Russians. This will of course pass. But for the time being, avoiding the subject is impossible. The idea that Russian intelligence might have information with which to blackmail the American president has to be examined with care.

There is a document floating around that states the Russians have intelligence on Trump they could use to blackmail him. According to some media reports, during the presidential campaign a Washington firm contracted by Republican opponents of Trump, and later Democratic supporters of Hillary Clinton, hired someone named Christopher Steele, a former MI6 operative, to do opposition research on Trump. Opposition research, or looking for dirt that would hurt your opponent, is routine. Less routine is attempting to penetrate Russian intelligence to find out what they have.

According to The Independent, Steele was so concerned about his findings that he continued his research for free, so passionate were his feelings on the subject. More fascinating is the question of whom among the failed Republican candidates decided to alert the Clinton campaign about the availability of a guy with the goods who would work for free (if true). 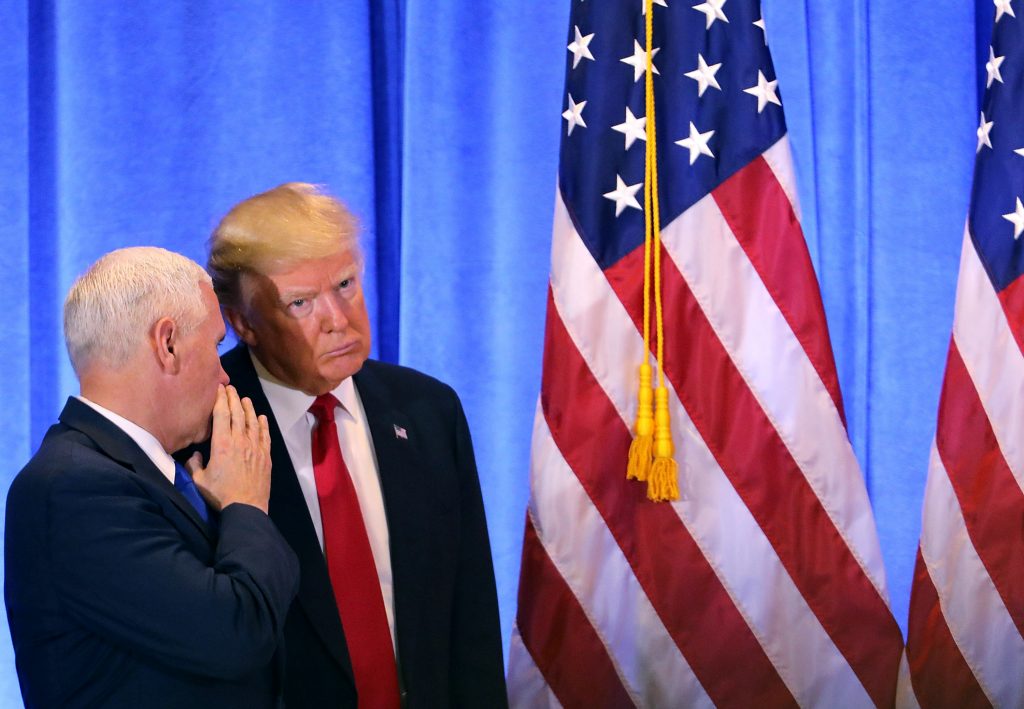 Another version of this story might be that a retired MI6 operative was peddling his wares to the highest bidder and found that no one would bite. Proof of this is that neither Republican candidates nor the Clinton campaign would touch the material he had. There were ways they could have planted the information so that their fingerprints didn’t show, but in one of the nastier campaigns we have seen, no one did. Steele then tried prompting the media’s interest, along with some congressmen. But except for a general report published last October by Mother Jones and an interest by Sen. John McCain, who contacted the FBI, almost no one bit.

Almost no one bit, that is, until intelligence chiefs delivered a briefing about it to both President Barack Obama and Trump in early January. Until these briefings somehow leaked to the press, the media had been aware of the nature of the document, but hadn’t published it because they couldn’t confirm the allegations in it. Online news site BuzzFeed eventually published it after the briefings, giving one the sense that Steele was not passing this on only to the prestige press, as it used to be called. Because no one could confirm the details in the document, mainstream press needed BuzzFeed to publish it in order for them to report on the report.

The intelligence was that the Russians had information on Trump’s business dealings that if revealed would damage him severely. In addition, the document claimed the Russians have a video of Trump cavorting with prostitutes that they could use against him as well. The fact that Steele couldn’t prove any of this is not odd. Intelligence does not work according to the laws of evidence. You verify it through your past dealings with sources and hope it’s true. There was no way this could have been proven to the satisfaction of anyone he tried to sell it to.

And thus begins the problem with all of this. Steele, unable to get the Republicans or Democrats to publicize it, began peddling it around Washington. Given how widely he seems to have cast his net, there is no way Russian intelligence wouldn’t know what he was doing. Since Steele was both a professional and a Russia expert, he is the first one who would know that. Therefore, having penetrated Russian intelligence to capture one of its deepest secrets – that the Russians had the ability to blackmail the incoming U.S. president – Steele then does the rounds of D.C. to make certain the Russians know, thereby jeopardizing his sources, himself and everyone he had lunch with for the past six months. The Russians aren’t casual about leaks.

Let me emphasize what this leak was purported to be. According to Steele, the information gave the Russians the ability to blackmail and control the president of the United States. If the Russians had this ability, it would be the most closely guarded secret in an archive filled with secrets. The one thing the Russians wouldn’t want is for it to be known. It is very hard to blackmail someone with information that is already publicly known. Secrecy is everything. Yet Steele penetrated the deepest levels, retrieved the secret, couldn’t interest anyone in it, and didn’t get hit by a car in London while crossing a street.

There is another way to look at this. What the Russians had, if anything, was worthless. The alleged video could only intimidate someone who would be embarrassed by it. Trump, however, likely would have asked for copies. As for business deals, Moscow was wide open for every corporation and hustler until only recently. Doing business in Russia and doing something shady are the same thing, and Trump doesn’t crumble over critics of his business ethics.

In other words, the Russians have nothing serious or nothing at all. There is no way they can break Trump with this stuff. Perhaps they do have nothing. But an explanation of Steele’s behavior, including his claim not to have been paid, is that he was used – willingly or not – in a Russian disinformation campaign. The Russians didn’t care who won the U.S. election. They wanted to cripple whichever candidate won.

The attempt to cripple Clinton consisted of stealing emails, finding nothing too exciting and counting on the American media to make it look significant. The current scandal is Russia’s version of this plan for Trump. In this version, a former MI6 operative, apparently respected by U.S. intelligence, tries to sell the story to presidential campaign staff, and when they wouldn’t bite, rushes around town heedless of any danger from the Russians because he was doing their bidding. He then looks for a media outlet that would touch it. With apparent restraint that raises my view of the media collectively, they initially ditched it. I don’t know Steele’s relation to Moscow, but I will assume that he was the unwitting victim of carefully targeted “intelligence.” I don’t understand his eagerness to have someone publish it, but we will call him a passionate lover of truth for now.

That brings us to the U.S. intelligence community, which announced that Trump and Obama were provided a classified briefing of what appears to have been a tired and discarded leak. They could have done this without a leak, but perhaps it didn’t come from them. What I do know is that if what they briefed Trump and Obama on was Steele’s document, there was no reason to make a big deal out of it.

But they did make a big deal out of it. That tells me that there might have been more, and that the Steele memo was cover for something deeper. Of course intelligence chiefs could have simply sent someone incognito to brief a trusted senior staffer. I would like to think that there was more to the brief than they made it appear. If there was, it could have been briefed more quietly. Therefore, a question mark remains.

The conclusion I am drawing is that there was no blackmail scheme and the Russians have no control over Trump, but they wanted to do whatever they could to weaken him. If I were the Russians, I’d want to do that. The Russians understand Washington well, and they understand the media. I think what they miscalculated was that to make this work they needed more specificity and possibly a better messenger than Steele. An obscure MI6 operative is insufficient. Most celebrities, particularly on news shows, would have sufficed. In the end, it was a poorly planned operation that would have gone nowhere if the intelligence chiefs hadn’t held vital briefings. But even then, the story didn’t have legs.

The Fall of the Shah: 40 Years Later