One of the accusations against President-elect Donald Trump is that he is inconsistent or disengaged from the complexities of policymaking. That is probably true. However, it gives me an opportunity to consider the relationship between policymaking and the American presidency and, by extension, other political systems. I would argue that the idea that policy optimization is at the core of the presidency is incorrect. The president is not the U.S.’ chief administrative officer. He is a leader and manager of the political process. His job is to be a symbol around which a democratic society draws the battle lines of who we are. He must express his vision as something aesthetic, not prosaic. The president cannot spare time from his real job to craft policies. Successful presidents know that and hide it. Trump doesn’t try to hide it. 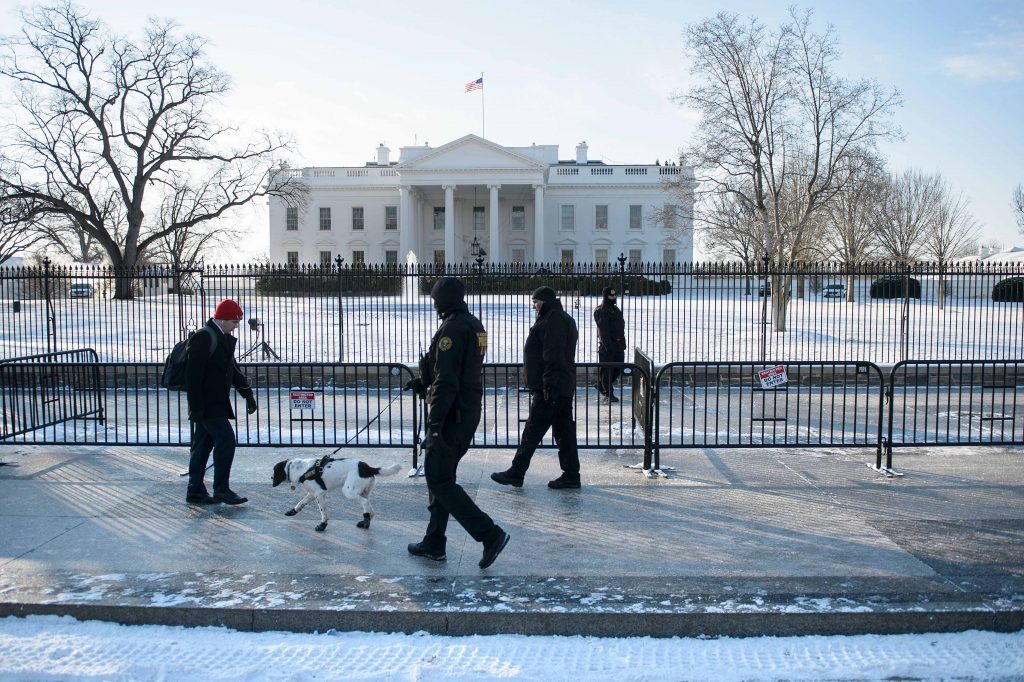 A man walks along Pennsylvania Avenue past the White House and Secret Service officers in Washington, D.C. BRENDAN SMIALOWSKI/AFP/Getty Images

Leaders experience government as chaos. The process of becoming president is the experience of random and shifting pressures from an almost infinite number of directions. Leaders, to be effective, cannot have fixed and comprehensive positions on the endless issues with which they must cope. No U.S. president has the ability to comprehend the vast array of policy issues that face him, nor can he grasp the depths of any single issue. Some presidents have tried. They generally did not do well.

Presidents who succeed have certain characteristics. They can lead. They provide the public with a sense that they understand what is needed and how to get it done, and that they care deeply about those who are hoping problems will be solved. They rarely take office with that ability, but rather gain it in the course of balancing things that cannot be balanced. In many cases, their ability to lead is best seen after they leave office.

Franklin D. Roosevelt was ridiculed before he took office as an intellectual lightweight whose only reason for wanting to be president was to be president. It would appear that few of the initiatives for which he is lauded were things he thought of before taking office. Roosevelt understood that policies may or may not work, but he gave the public a sense that someone decent was in charge. For most of his first two terms, Roosevelt came under vicious attack by his enemies, who were legion. He developed policies from two sources. The first was from the reality he faced, a desire to be re-elected and tactical moves to build his popularity. The second was from a group of advisers who cobbled together fairly hit-or-miss ideas on what might work, and which frequently didn’t work. The same could be said of Harry S. Truman, Dwight D. Eisenhower and Ronald Reagan, among others. They were not universally admired when elected, they lived in a chaotic fun house, and their goal was to survive. All of them made policy, but not as the policy industry would have liked.

All of them had in mind a general idea of the direction they wanted to go. Truman wanted to continue the New Deal. Eisenhower wanted to stabilize U.S. foreign policy and avoid nuclear war. Reagan wanted to end stagflation and re-establish American power after Vietnam. These were intentions. Policymaking, the complex weaving of a plan, could not survive the realities of political life. First, policies focused on one subject as if the presidency consisted of neat pigeonholes. Second, the policy writer might have a good idea, but not grasp or care that there were powerful forces outside the president’s realm that would rip at the policy’s fabric if the idea succeeded.

Washington’s primary industry is the production of policy papers. It is the center of a democratic republic, and its decision makers must be far more concerned with the voters who elect the president than the bright meritocracy who wants to advise him. The ideas might be technically good, but whether they will survive the chaos of democracy is the issue. Whether a president who focuses on policy will flourish is another issue. The best policy from a technocratic point of view may have no connection to political realities that bind American society together. Policies are crafted on the fly, in the midst of the push and pull of special interests, since all Americans pursue special interests, namely their own.

Trump has chosen not to posture. He is taking office with a higher degree of loathing than Roosevelt or Reagan, but that does not mean he will not wind up revered – or reviled, for that matter. He has clearly positioned himself as a political leader and succeeded extremely well with half of the population. He has also defined himself clearly. His intention is to reshape foreign policy to make it more beneficial to the U.S.

What Trump has not done is immerse himself in the details of policy, for which he is condemned. But he is actually publicly saying what all presidents know. The foundation of the job is to lead and enunciate broad policy outlines. He then must select people he trusts and who know better than he does how to execute this broad intent without tearing the presidency apart.

Reagan was charged with being detached. Jimmy Carter was praised for his deep involvement in the details of governing. Carter was defeated after his first term. Reagan won two terms and has become an iconic figure. Some defend Reagan by claiming that he was far more involved in policymaking than it appeared. That may be true, but Reagan knew something Carter didn’t. Making policy is not a president’s central task, except in crisis. Presidents should be leaders who create a seductive image of what the country should be like and allow the love and hate of a country to focus on them – by allowing themselves to become a battleground that drives the country forward. Carter created an energy policy. He could not lead, seduce or accept his role as an icon. He missed the point of the presidency.

When John F. Kennedy said that we would “oppose any foe to assure the survival and the success of liberty,” he did not provide any sense of what he was talking about, which was good since his vision of this was terrifying. What he meant to do was to not declare a policy, but rather present the public with a vision of American strength and moral courage. Kennedy knew both had limits, and he saw this was the key to America’s future. He was not making policy. That would come later, and the process would be as ugly as making sausages is said to be. This was intended to be a work of art.

Trump’s slogan, “Make America Great Again,” is not intended to be policy. It can’t be, because as with Kennedy’s promise, it makes no sense as policy. It is intended to inspire, to resurrect hope and portray Trump as a powerful leader. It is also an invitation to his enemies to dismiss him as being engaged in empty posturing. Trump has focused the country’s admiration and hate on himself. That clarifies and personalizes. It is all about Trump, as it was all about past presidents. It focuses and defines the divisions in the country that already were there.

Trump’s general outline on foreign policy is simple. He argues that the international structures and ideologies that have been in place since World War II no longer serve the national interest. Free trade is not an absolute good and its benefits depend on the circumstances. The U.S. commitment to allies must be examined based both on U.S. interests and whether or not allies have acted like allies. All of this must be measured against U.S. strategic and economic interests.

This is the broad vision that comes from “Making America Great Again.” What follows is not a set of clear policy initiatives to implement this, but rather political chaos. Trump has posed a sea change to American foreign policy, and he will need to build coalitions in Congress, corporations, labor and so on. He will need to deal with foreign powers and encounter the reality that we need some of them more than they need us. Trump will have to deal with a country that feels he has failed on his promises, as no president can fulfill promises this vast.

The policies that eventually emerge will not be the product of presidential engineering, but rather what is left after factions in the U.S. and foreign powers have ripped it apart and rebuilt it. Visions come from presidents. Papers come from think tanks. Reality emerges from the political process. The U.S. founders did not envision a technocracy.

Just as Kennedy could not fulfill the promise to protect liberty everywhere, nor could he avoid problems he wanted to avoid, Trump will have to face not only the limits of his own power as president, but also that which must happen and that which must not happen, despite what he wants.

Trump’s supporters expect him to be extraordinary. His opponents believe he will be a disaster. From my point of view, he will be the 45th president of the United States, the 45th man whom some imbued with the powers of the messiah and others saw as the devil incarnate. I doubt he will be either. He will not spend his time making policies. He will be too busy doing what other presidents do: making calls pleading with obscure congressmen to let his bill out of committee, with very little to offer or threaten. He will bargain away many things to get a little of what he wants.

The Redemption of Prediction