Tension between Russia and Ukraine is escalating. According to the Russians, a special operations team from Ukraine attacked Crimea. The Ukrainians denied the claim. The Russians appear to be moving forces around in Crimea and increasing the number and the posture of the forces in the area. More significant militarily, there are some reports of Russian troop buildups east of their border with Ukraine and an unconfirmed report of a brigade of Russian troops deploying in pro-Russian rebel-held territory inside Ukraine. The Russians have done nothing to tamp down tension. In fact, they have increased it by citing multiple Ukrainian provocations and insisting that they will not be allowed to persist.

Whatever the truth in the reports, it is obvious that the Russians are establishing a justification for taking action against Ukraine. Our model predicts that the Russians will eventually move to change the situation in Ukraine, militarily if necessary. Ukraine is too important to them strategically to accept anything less than a neutral government in Kiev. A pro-Western government with close ties to the U.S. and other militaries can evolve dangerously from the Russian point of view. Therefore, we expect the Russians to take some significant action – diplomatically, economically and/or militarily.

However, our view is that for the moment the military option is likely off the table. Ukraine is a very large country and just occupying it against minimal resistance would require a force that Russia didn’t have a year ago. Given that the Russians couldn’t count on minimal resistance, their forces needed modernization, extensive training and a strong logistical base. Thus, we expected the informal truce that has been in place – with low-level fighting and an implicit commitment from the U.S. not to get directly involved in boosting Ukraine’s military position – to continue to the end of 2016 at least.

Therefore, our forecasting model says that an increase in tension will lead nowhere. But while models are nice, and we are proud of ours, the Russians are talking war, and we must consider why they are doing it now.

The Russian economy has declined precipitously and is still declining. This has to be hurting President Vladimir Putin’s political position, especially among senior officials and oligarchs who constitute the Russian elite. Putin has been increasing his power lately, replacing some governors with his former bodyguards. But actions like that don’t make him appear powerful to us. On the contrary, it makes us think that he is extremely worried and trying to shore up his position.

The declining economy is one of the forces undermining his position. The other is his mishandling of Ukraine. While Westerners think of Putin as the aggressor, at the end of the day, Ukraine’s Russian-friendly government was replaced by a pro-Western government. All the Russians retained was Crimea, where they already had a massive force by treaty with Ukraine, and a presence in eastern Ukraine. There, the Russians tried to incite a broad uprising that never happened, and the rebel forces they supported were essentially fought to a standstill with the Ukrainians. An equivalent scenario in the United States would be if the U.S. simultaneously went into a massive depression and faced a pro-Mexican coup in Texas. Not being able to do much about the economy and the Ukrainian situation, Putin needs to do something. He needs to appear threatening, even if it’s a bluff. 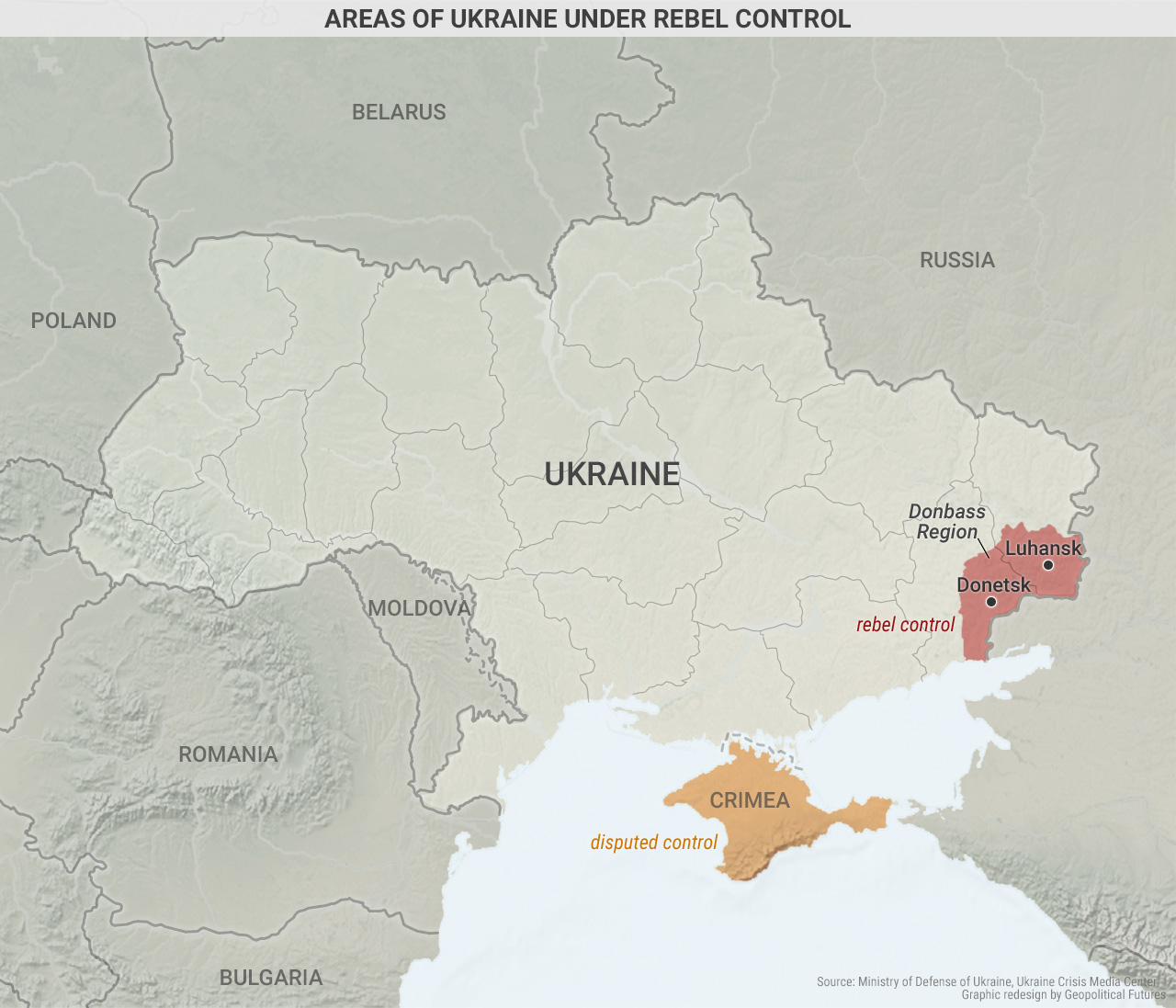 The greatest challenge to a Russian military action would be a massive commitment of U.S. airpower in the region. The U.S.’ F-16s and F-15s (along with strategic bombers and newer if fewer fighters) were designed to stop a Soviet invasion, albeit a lot farther west. The U.S. still has the ability to impose severe attrition on Russian armor. The United States has close relations with Poland and Romania. It is interesting that the Russians have been creating problems on their border with Poland in Kaliningrad. The U.S. would base its aircraft in these countries, as well as Germany and other countries, if it were to confront Russia. But the needed force is not there yet, and any deployment will take a while. Assuming that diplomacy aligns with the best timeline, this leaves a window for the Russians.

The recent shifts in regional alignment also help them. The coup in Turkey has created what appears to be a massive rift between Turkey and the United States, and has drawn Turkey and Russia closer. Russia is withdrawing support from Armenia and forcing a settlement with Azerbaijan. This is valuable to the Turks. The Turks won’t join with the Russians over Ukraine, but hostility toward the United States and a debt to Russia will likely keep Turkey from helping the U.S. much. The air base at Incirlik might even be unavailable.

Russia has some advantages at this moment. But it is not clear that the Russian military is prepared to undertake an action that might bring it into a confrontation with the United States. While a rapid victory might boost Putin’s position dramatically, if Russia were to get bogged down or even lose, it would be his end. Such an action would also likely kill Putin’s attempt to separate Europe from the United States. It would be a Hail Mary and simply doesn’t seem worth it. Our model still seems correct.

So what is Putin doing? If Putin wanted a satisfactory political settlement, this would be the best strategy. He should create a crisis that makes it appear Russia is on the verge of attacking Ukraine. This would start massive shuttles of dignitaries traveling to and around the region, culminating with an effort to convince the Russians not to go to war. Putin would make absurd demands, enraged at the brutal aggression of the Ukrainians, and just as the talks appear to be collapsing, would generate a deal. Given the American sense of weakness after Ukraine, and Germany’s distraction, this would be the ideal time for this move.

However, the Russians would also use the same strategy if they made a decision to go to war. Before the Russians go to war, they engage in Maskirovka (a masquerade). They create a massive crisis, and then reach a very reasonable agreement. The Russians stand down, except for a few brigades or divisions that carry out exercises, and everyone relaxes. Then, the Russians strike. This is what the Soviets did in Hungary and Czechoslovakia and what Russia did in Georgia. And they blame the attack on some action by the now cocky target, who thinks the Russians have backed down.

The problem is that if the Russians wanted a negotiated settlement or if they were getting ready for war, they would act in exactly the same way. The negotiation requires an opening bluff, and war requires a final bluff. So, as much as I believe this is not going to end up in a war right now, we can’t ignore that this looks like the early stages of one. It also looks like the early stages of negotiation. This strategy branches out into two different results only at a later point.

There are those who believe that a weak economy precludes war. I will close by saying that generally that isn’t true, but with the Russians it certainly isn’t true. The Russians have fought all their wars from Napoleon on with an economy in shambles. It is their normal condition. And this would not be a world war, but a local conflict. It might have the Americans involved, but obviously not on a large scale. As for sanctions, they really aren’t a deterrent on a national security issue, and sanctions are rarely placed on a country that just won a major war and is now perched on the borders of Europe. And that’s one of the attractions. In that position, Russian can try to extract economic benefits.

I would not be surprised to see this in a year. I am surprised to see it now. But while we know what we are seeing, we don’t know what it means. The next thing to watch is whether the Russians increase or decrease their rhetoric. Whatever they are doing, they will either quiet down or get very scary indeed.