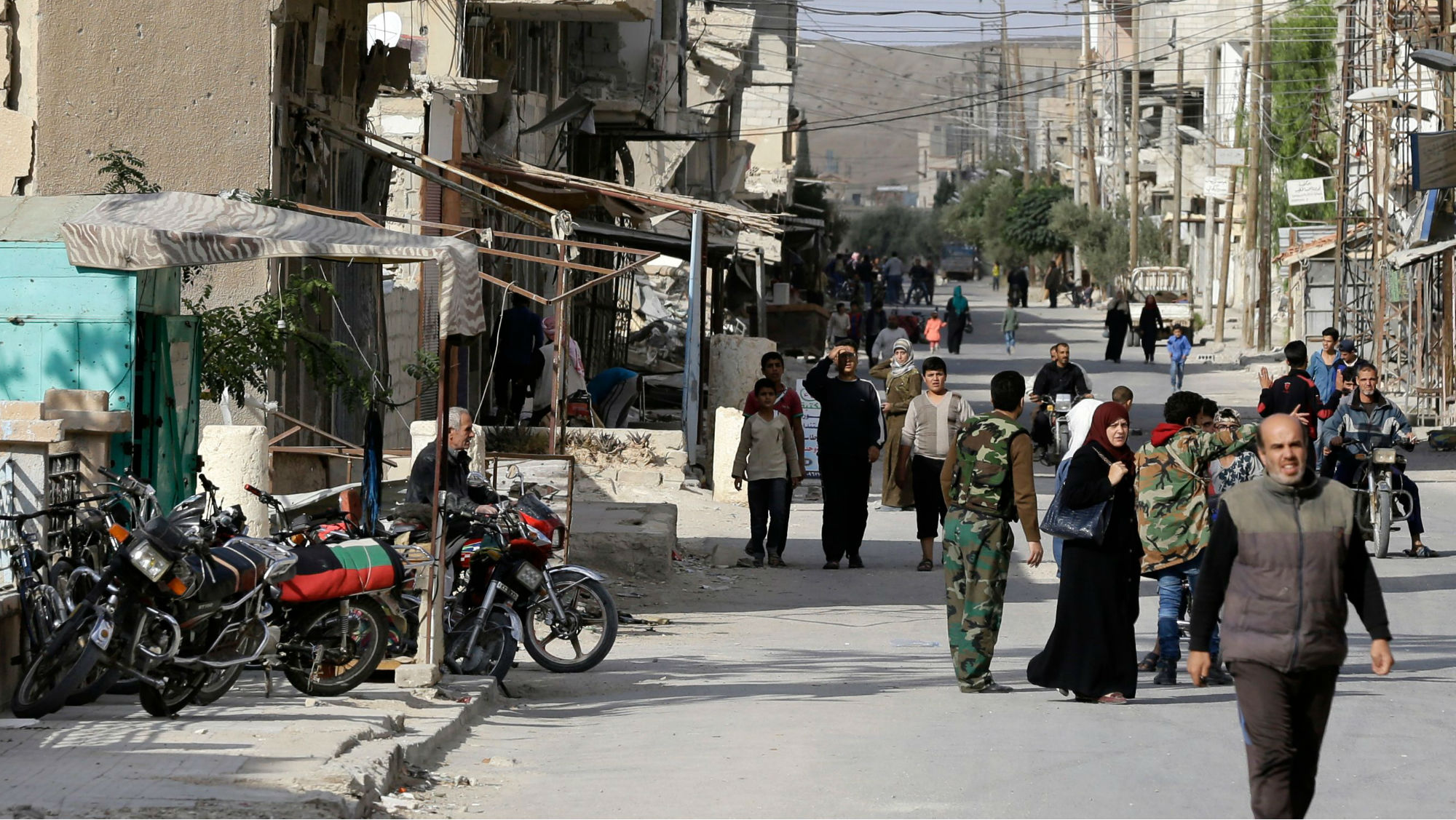 Three things happened Nov. 2 that may not appear related on the surface but that are intimately linked. First, in the Middle East, the Syrian army and its allies advanced quickly in the direction of the Islamic State-held city of Abu Kamal on the Syria-Iraq border, and are now within 30 miles (50 kilometers) of the city, according to Syrian state media. Second, in Kazakhstan, Kazinform news agency released the names of four distressed Kazakh banks that had received a government bailout to the tune of $1.2 billion in October. And finally, in the U.S., a 29-year-old Uzbek native was charged in a federal courthouse in Manhattan with providing material support to terrorists and using a motor vehicle to kill at least eight people.

Back to Its Roots

Let’s begin with the Islamic State. IS still controls a few areas in Syria and Iraq, but for all intents and purposes the larger battle is over. The Islamic State as a territorial entity has been defeated. This will be trumpeted as a major victory over the forces of Islamist extremism, and on a certain level it is – dismantling the Islamic State’s short-lived caliphate is not a small matter. In addition to terminating a potent recruiting tool for the movement, it eliminates the chance in the near term of a fundamentalist Sunni Islamist state rising in the heart of the Middle East.

But it is more complicated than this. IS “lost” its caliphate in the sense that it was outnumbered and outgunned by myriad forces around it – U.S.-backed Syrian Kurds, Russian-backed Syrian army forces, the Lebanese Shiite militant group Hezbollah, Iranian Revolutionary Guard soldiers and others. But IS never suffered a catastrophic defeat on the battlefield. Time and time again, IS preferred to withdraw from indefensible positions to continue to wage its battles elsewhere. The reason Syrian army forces are advancing so quickly is not because they are routing the enemy but because the enemy is declining battle. 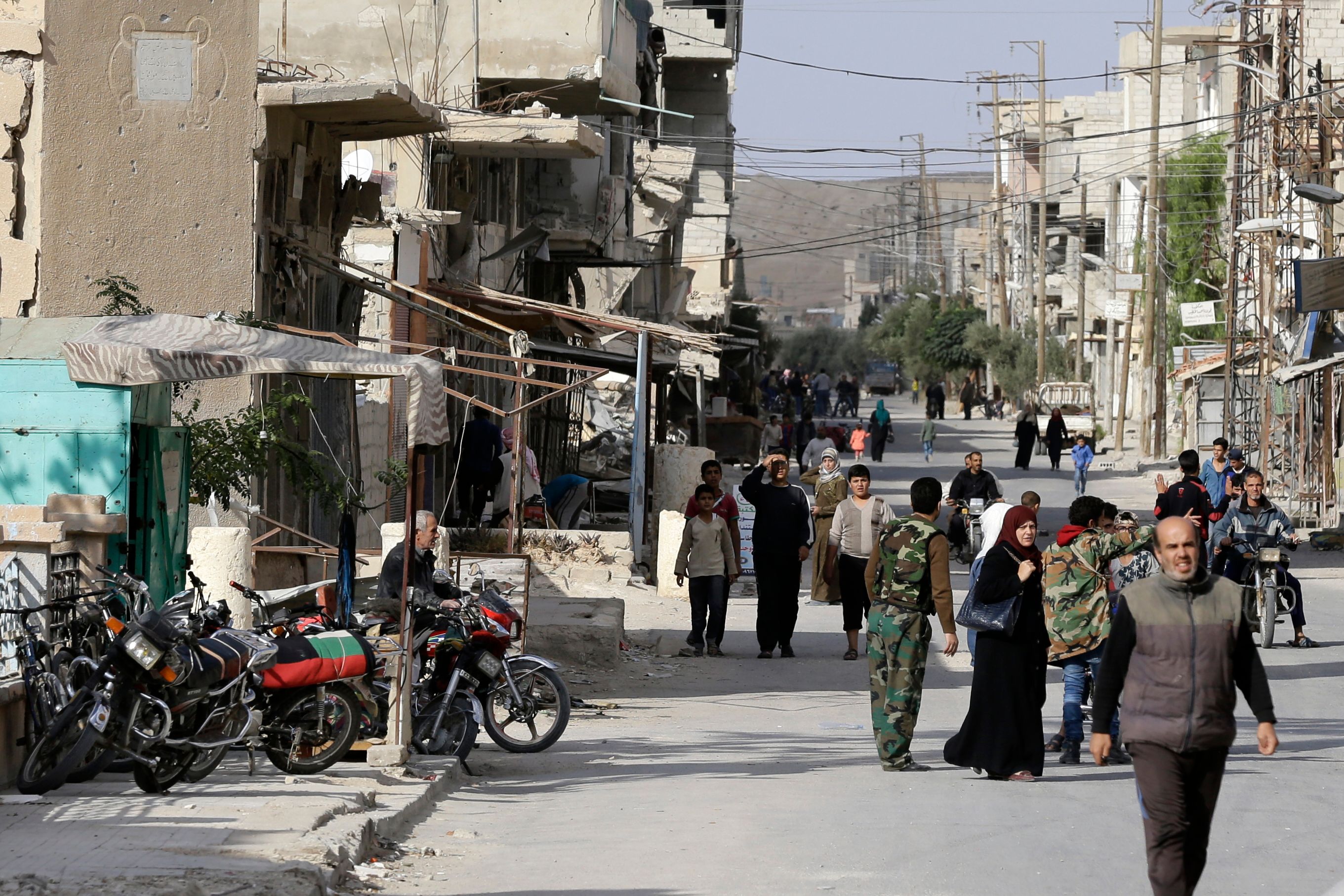 Syrians walk through a street in the desert town of al Qaryatain on Oct. 29, 2017, after regime forces retook it from Islamic State fighters. LOUAI BESHARA/AFP/Getty Images

This is a change in IS behavior that bears some explaining. In the past, the Islamic State did not simply cut and run. IS made long and determined stands in both Mosul and Raqqa. Remember that IS conquered Mosul in just two weeks in 2014, while it took U.S-backed Iraqi security forces over nine months to retake the city. U.S.-backed Syrian Kurds began their assault on Raqqa in June, and it took them over four months to complete the conquest, despite immensely superior firepower and numbers. IS had a purpose in making stands at certain cities, just as it has a purpose now in retreating in the face of an enemy it cannot defeat.

The purpose of the IS stands in Mosul and Raqqa were to give IS what it needed most to mount an effective retreat: time. The Islamic State bought time for its leaders to disperse, for its economic resources to be moved and for its rank-and-file fighters to blend back into the civilian population. A small rearguard of the faithful was left to slow down the encroaching forces as much as possible, but most of the fighters who brought IS to power have not been eliminated so much as they have been driven back underground. In a certain sense, IS was forced to give up its caliphate. But in another sense, IS gave up its caliphate to return to its roots as a Sunni Islamist insurgency and to fight another day.

One of the regions that will be most threatened by the Islamic State’s return to its roots is Central Asia. It is part of the Islamic world and has been for centuries. Islam has defined everything from family life to culture, but religion has been tightly controlled in this part of the world for almost a century. All the Central Asian states were part of the Soviet Union during the Cold War. There was no room for Islam in the Stalinist state, and that meant Islam in Central Asia had to be repressed. The Soviet Union collapsed in 1991, but the Soviet style of governance has lived on; most of the Central Asian states feature authoritarian regimes based on an individual dictator or a ruling clan.

This is what makes distressed banks in Kazakhstan so important. Kazakhstan’s gross domestic product has grown by 4 percent in recent quarters, but even so, the Kazakh economy is struggling mightily right now. Besides its banking issues, Kazakhstan in recent months has been beset by inflation, rising food prices and gasoline shortages, among other issues. It would be bad enough if the region’s largest country was buckling under economic stress, but it goes even deeper than that. The economic problems Kazakhstan is experiencing are not specific to Kazakhstan: The entire region is in an economic malaise. And that is doubly important in a place like Central Asia, where authoritarian governments have used money to maintain political power. The ability to provide economic progress also helps keep the population pliant. Lose the ability to do that, and the system could come apart at the seams.

The problem, however, is not just economic. It is also political. We have already seen what happens when predominantly Muslim countries with arbitrarily drawn borders are ruled by secular dictators. That is the story of the Middle East in a nutshell – and it is the story of Central Asia as well. The main differences between the two regions’ histories are cosmetic: In Central Asia, it was the Russians, not the British or the French, who drew the borders, and the people are mostly Turkic, not Arab. The Soviets kept a much tighter leash on Central Asia than the British and French did on their colonial mandates. But Russian power is a pale imitation of Soviet power, and Russia must now rely on others to contain Central Asia’s potential problems. The forces it relies on are the political regimes governing these countries. In practical terms, this has meant that these regimes keep a tight lid on Islam, fearing it could become a countervailing political ideology that can rally the people against them.

This is where the pitfalls of globalization become suddenly and tragically apparent. Besides energy, one of Central Asia’s most consequential exports is radicalized Islamists. New York City was the target this week, but this is not a uniquely American problem. In April, 15 people were killed and 45 were injured when an explosive device went off in a metro station in St. Petersburg, Russia. The suspected attacker was an ethnic Uzbek who was a Russian citizen born in Kyrgyzstan. In January, 39 people died and 65 were wounded when a gunman opened fire in a nightclub in Istanbul. The suspected perpetrator was an Uzbek national. And since the war in Syria began, many from Central Asia have left their home countries to join the fighting. Some have joined the Islamic State, while others have formed their own ethnic-based jihadist outfits. That a radicalized Uzbek would commit an act of terrorism in New York is not an anomaly; the anomaly is that such attacks don’t happen more often.

The Muslim world is not confined to the Middle East. There are almost 2 billion Muslims in the world, and now that the Islamic State’s dreams of establishing a caliphate in Syria and Iraq have been dashed, it will look for new areas in which to expand. We’ve already seen IS branch out into Southeast Asia and Africa, and also take aim at other Middle Eastern countries like Egypt and Saudi Arabia. Proponents of IS ideology will look for other fertile grounds now as well, and they will find them in pockets throughout the world: in the U.S., in Europe, in Russia and even in China. But perhaps no part of the world is more vulnerable or has contributed more to this phenomenon than has Central Asia. In places like St. Petersburg, New York and Paris, the goal of Islamist terrorism is to terrify. In places like Central Asia, the goal is political revolution. That means Central Asian states will continue to crack down on Islamists with a vengeance – and the world will continue to reap what those states sow.

The Future of the Eurasian Economic Union 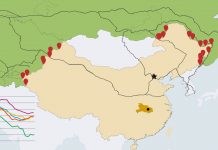 Coronavirus: The Risks to Russia and Central Asia