Ramadan, which began on May 26, is Islam’s holiest month of the year, a time to do good deeds, fast and pray. But jihadists have coopted this holiday for nefarious ends, using it as an excuse to intensify their attacks, claiming that they are committing the ultimate sacrifice for their faith. This is why Ramadan, in addition to its religious importance, is also geopolitical.

The attack in Kabul on May 31, which left 90 dead and over 400 injured, is just one example. The attack was significant because it struck the Afghan capital’s diplomatic quarter, damaging many foreign embassies. The identity of the perpetrator remains unclear. The Taliban issued a statement denying their involvement, but Afghanistan’s intelligence service has blamed the Taliban-affiliated Haqqani militant group.

After the attack, many people – Muslim and non-Muslim – asked how someone could carry out such an attack during Ramadan, a sacred month for Muslims. They assume that even jihadists would refrain from acts of violence during this time. But this kind of thinking is based on the flawed assumption that the jihadists view Ramadan as other Muslims do. Nothing could be further from the truth. 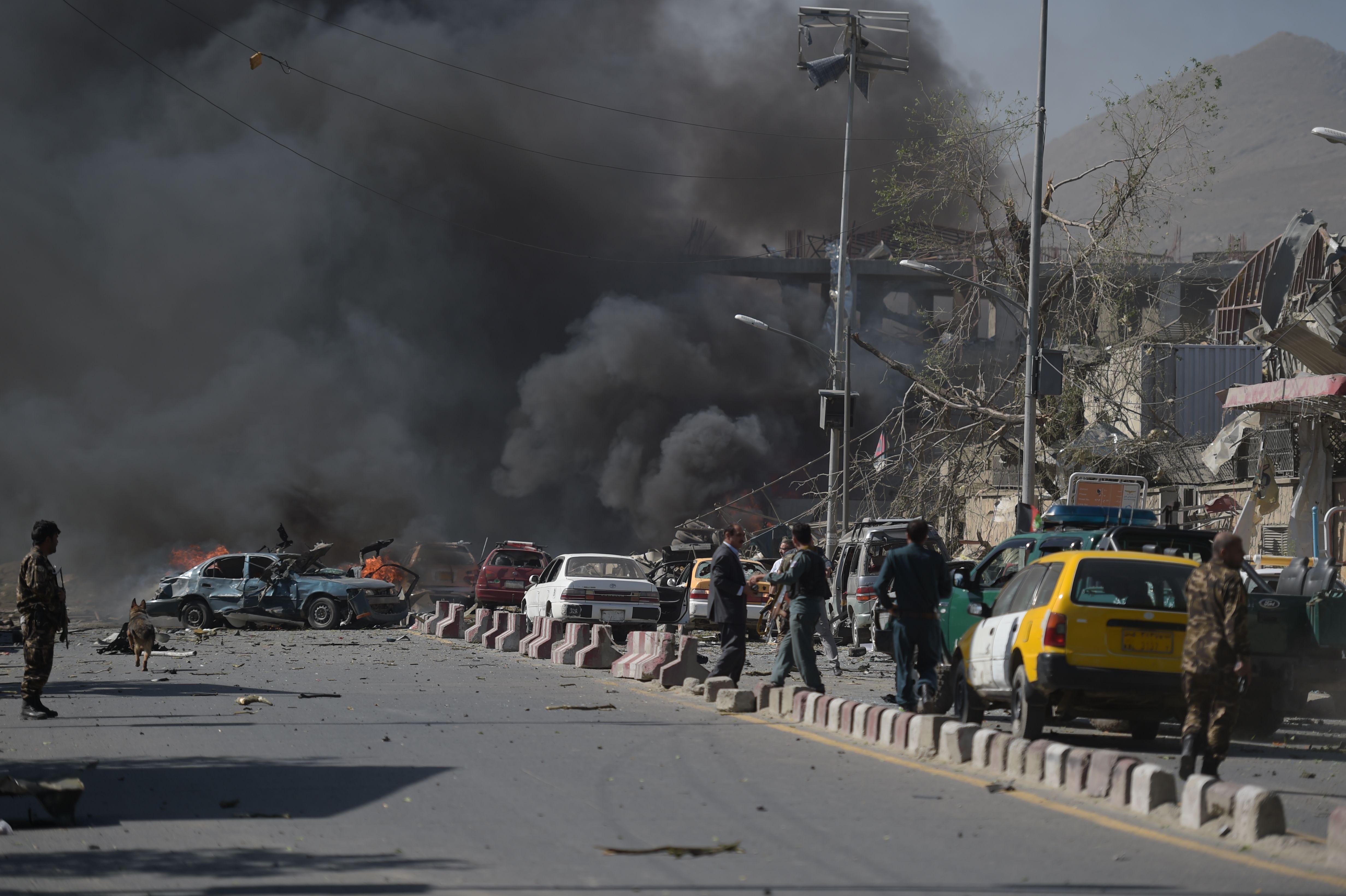 Afghan security personnel are seen at the site of a car bomb attack in Kabul on May 31, 2017. SHAH MARAI/AFP/Getty Images

For the past several years, since the insurgency in Afghanistan intensified, there have been regular appeals for a cease-fire during Ramadan to allow people to fast and pray in peace. The Taliban have always rejected such calls, arguing that their jihad is a religious obligation and an act of worship. And in fact, they aim to increase attacks during this month. But it’s not just the Taliban; all jihadist groups subscribe to this view.

The problem is that jihad is an Islamic principle, and even though most Muslims oppose the contemporary, violent version of jihadism, they accept that the classical Islamic concept of jihad (as a means of defense and struggle against injustice) is a part of their faith. And so by extension, the jihadist view of Ramadan – as a time when Muslims should be prepared to make the greatest sacrifice – is not unprecedented. In fact, the security forces of Muslim-majority nations that fight jihadists see their struggle as a jihad against forces of anarchy. For them, dying while participating in counterterrorism offensives during Ramadan is seen as the ultimate sacrifice, an act of martyrdom.

Both sides view their activities as a sacrifice for their faith – the difference between them is their goals and the tactics they employ.

There is a history, moreover, that both sides lay claim to with regard to Ramadan. Several key geopolitical moments in Muslim history took place during this month. These include the first war in Islamic history, known as the Battle of Badr, in 624 when the Prophet Muhammad and his companions fended off an attack from Meccan tribes. Roughly a decade later, during the month of Ramadan, Muslims took control of Mecca.

Many other key battles took place during the holy month. In 711, the Battle of Guadalete put the Iberian Peninsula under Muslim rule. And in 1187, a Muslim army under sultan Saladin took control of Jerusalem from the Crusaders in the Battle of Hattin. Toward the end of the 13th century, the Mamluks halted the Mongol invasion of the Muslim world in the Battle of Ain Jalut. Fast forward to the modern era, the 1973 Arab-Israeli War has been dubbed the Ramadan war. Likewise, many Pakistanis celebrate the fact that their country, considered a homeland for Muslims in South Asia, was founded in 1947 during Ramadan.

Given this history, Ramadan is viewed as more than a religious holiday; it has always had a geopolitical dimension. Groups like the Islamic State, al-Qaida, the Taliban and others invoke this history to further their agendas. Having accused the Muslim regimes and most Muslims of abandoning Islam, the jihadists claim to be the rightful heirs to this legacy. Their narrative is infused with historical references, which the jihadists use to galvanize their fighters during the holy month. This explains why, since 9/11, jihadist attacks during Ramadan have spiked.

Ramadan has also been politicized by those representing the Sunni and Shiite sects of Islam. The two principal players in this struggle, Saudi Arabia and Iran, use this month to energize their supporters. The Saudis, who are the leaders of the Sunni Islamic world, encourage their supporters to defend their faith from the “deviant” Shiites, while Iran, which leads the Shiite sect, tries to incite hostilities as well.

Ultimately, the Middle East — and the Muslim world more broadly — is a religiously charged region that is sparked every year during the month of Ramadan. It is an environment that jihadists benefit from immensely. This is why, even though most Muslims see Ramadan as a time for individual fasting and prayer, it is a month that has a great of geopolitical significance.

Daily Memo: More on the Border Crisis in Europe

What We’re Reading: Histories of REE and Afghanistan