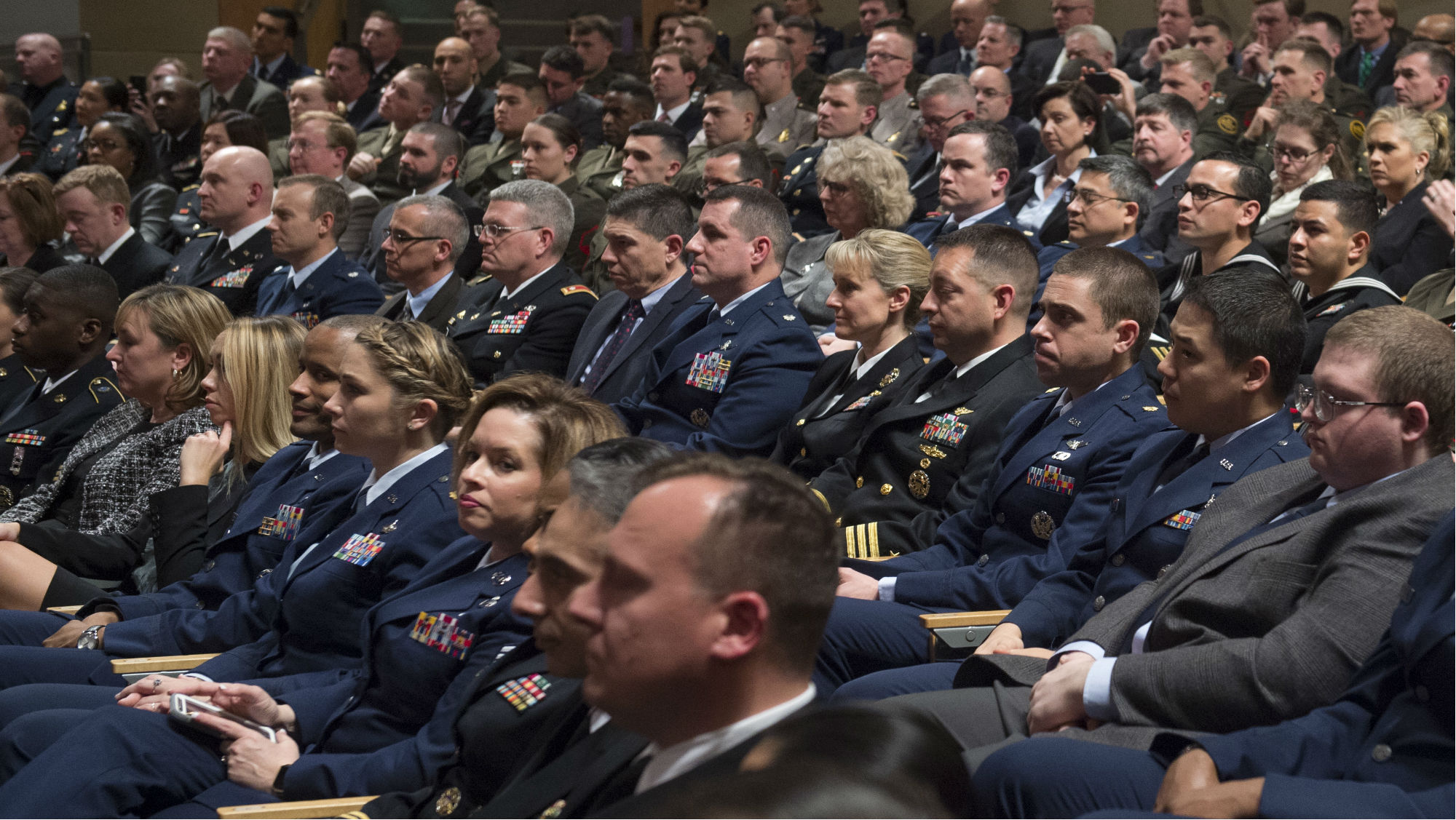 The Pentagon’s new National Defense Strategy articulated a profound shift in U.S. strategy, but one that has long been underway: Great power competition, not terrorism, is now the primary focus of U.S. national security.

According to the NDS: “The central challenge to U.S. prosperity and security is the re-emergence of long-term, strategic competition by what the National Security Strategy classifies as revisionist powers. It is increasingly clear that China and Russia want to shape a world consistent with their authoritarian model – gaining veto authority over other nations’ economic, diplomatic, and security decisions. Long-term strategic competitions with China and Russia are the principal priorities for the Department, and require both increased and sustained investment, because of the magnitude of the threats they pose to U.S. security and prosperity today, and the potential for those threats to increase in the future.”

The relegation of so-called rogue states and terrorist groups may seem premature, given the immediacy of these purportedly lesser concerns. It’s North Korea that is the focus of a reportedly contentious debate in the White House about whether to conduct a limited, “punitive” strike following the North’s next nuclear or ballistic missile test, and whatever the U.S. decides to do next could lay the groundwork for an extraordinary regional realignment. It’s Iran whose regional ambitions are dominating the attention of core U.S. allies in the Middle East and putting the nuclear deal back in the U.S. media spotlight. And it’s the threat of a major terrorist attack that still paralyzes the U.S. public like no other.

Meanwhile, in response to the NDS, the Chinese accused the U.S. of being stuck in a Cold War, zero-sum mindset – and it’s not hard to see the issue from their perspective. The U.S. is the world’s sole superpower. For all their ability to frustrate U.S. initiatives from time to time, neither China nor Russia has the intention or the capability to fully replace the U.S. on a global scale. And recent surges in Chinese and Russian assertiveness are, in large part, a function of fundamental vulnerabilities that are left exposed in the U.S.-led order.

But the U.S. isn’t gearing up to fight a new Cold War, nor dismissing the importance of threats posed by lesser powers. Rather, it’s trying to preserve something akin to the established order without getting overstretched and bogged down in conflicts that are somewhat peripheral to core U.S. interests. The overriding U.S. goal is to be able to manage and contain potential challenges across the globe through more subtle, remote manipulation, using a range of historical advantages, from economic power to its unparalleled naval might to its vast network of security allies and partners. Its approach to combating the Islamic State with a much smaller footprint than during the counterterrorism operations of the early 2000s illustrates how this shift has long been underway. But the U.S. is also grappling with some increasingly evident limitations in its ability to manage critical issues from afar – and larger powers like China and Russia are uniquely positioned to exploit these limitations to complicate the U.S. strategy.

This is evident in two core areas of focus in the NDS. The first is the heavy emphasis on maintaining the U.S. military’s decisive technological edge, which the NDS says is eroding. According to Secretary of Defense James Mattis, this should take priority over expanding the size of the military.

China and Russia are aiming to raise the cost of U.S. interference in their respective spheres of influence beyond what Washington may be willing to bear. And with the future of warfare increasingly influenced by the space and cyber realms, Russian or Chinese breakthroughs in these areas would make the United States’ sizable conventional and geographical advantages matter less. The Irans, North Koreas and even Islamic States of the world can dabble in these realms (cyber in particular), but not to the same extent. Nor can they leverage these tools to try to gain some degree of conventional forces parity in the way that China and Russia could to alter the balance of power in their immediate periphery.

The second, and perhaps most striking, part of the National Defense Strategy is just how much the Pentagon calls attention to threats – particularly economic – that it is ill-suited to do anything about, except in narrow settings. China is the main focus here.

The NDS states, “As China continues its economic and military ascendance, asserting power through an all-of-nation long-term strategy, it will continue to pursue a military modernization program that seeks Indo-Pacific regional hegemony in the near-term and displacement of the United States to achieve global preeminence in the future.” China’s use of “predatory economics to intimidate its neighbors,” as the Pentagon put it, threatens the U.S. primarily by weakening the alliance structure it would like to lean on to manage distant challenges. Indeed, at last year’s epochal Communist Party Congress, President Xi Jinping admitted that China is still several decades from becoming a world-class military power. Thus, it has little choice but to attempt to use its growing economic heft to forge political arrangements with its neighbors (such as the Philippines) that weaken U.S. standing in the region.

It’s debatable how effective Chinese economic statecraft can actually be, given the number of other deep-pocketed players in the region (particularly Japan), the fact that China is facing a prolonged economic slowdown, and the high risk of political blowback for leaders seen as selling out national sovereignty to Beijing. Nonetheless, the potential for Chinese economic coercion is why trade was a central component of the strategic rationale underpinning former President Barack Obama’s administration’s so-called Pivot to Asia, which the NDS echoes heavily. And it’s why, despite jettisoning the Trans-Pacific Partnership trade pact early last year, President Donald Trump’s administration has joined Japan, India and Australia in openly mulling ways to counter China’s One Belt, One Road Initiative. (Whatever the economic or political logic for the U.S. to withdraw from TPP, the pact was designed with broader strategic considerations in mind and would have deepened U.S. influence in key states like Vietnam, likely at the expense of Beijing.)

The Pentagon doesn’t offer much in the way of specific solutions to this problem. This is, in part, because countering Chinese economic coercion isn’t the Pentagon’s job, and the main point of the NDS is merely to focus attention on what the Pentagon has identified as emerging priorities. But by calling for the U.S. to “enlarge the competitive space” – i.e., challenging adversaries and exploiting their vulnerabilities from multiple and unexpected directions – the Pentagon is making the case for a comprehensively geopolitical strategy. And, after two decades of putting out brush fires across the globe, the U.S. is attempting to refocus on the strategic realities that will dominate its future.