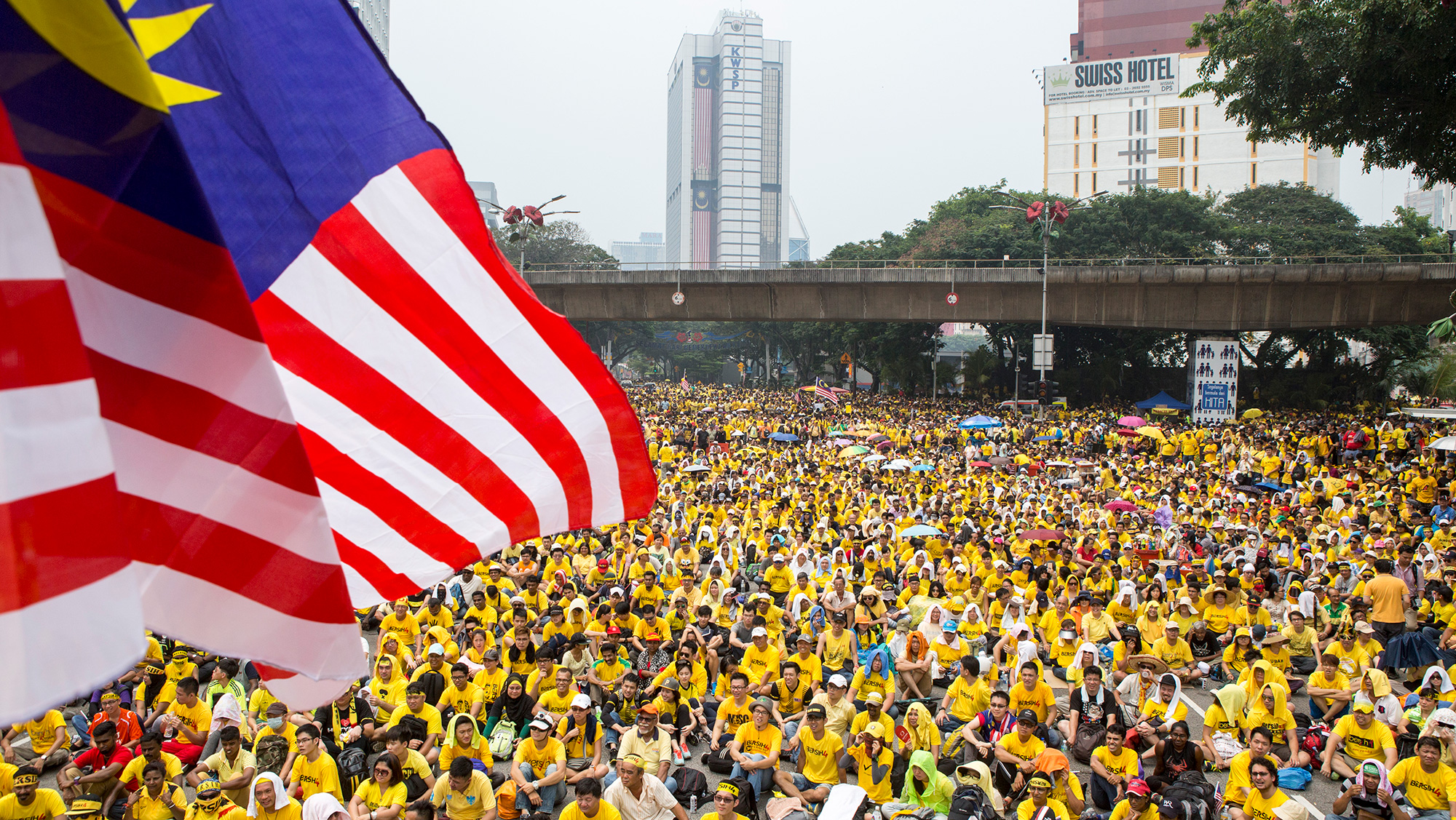 Malaysian Prime Minister Najib Razak is visiting the White House this week. Over the past two years, Najib has been embroiled in a massive corruption scandal that is threatening the continued rule of his United Malays National Organization party, or UMNO, which has governed Malaysia since independence in 1957. U.S. anti-corruption investigators have added fuel to the fire, mapping out the alleged conspiracy and freezing assets of the prime minister’s associates. Throughout this time, however, heavy Chinese investment has been helping bail out the beleaguered government, rapidly expanding China’s footprint in key sectors of both Malaysia’s economy and that of the broader region. Meanwhile, Chinese-Malaysian military ties have been gradually strengthening.

Given Malaysia’s importance as a U.S. security partner and a gateway to maritime trade routes that connect Asia and Europe, the issue illustrates how politics sometimes affects geopolitics. It also demonstrates China’s penchant for gaining the favor of its neighbors by easing the pressure it had applied on them. But it does not indicate a substantive shift in Malaysia’s strategy, nor in the balance of power in East Asia.

Malaysia’s strategic value stems from its position at one of the world’s busiest sea lanes. The gap between peninsular Malaysia and Malaysian Borneo is the southern gateway to the South China Sea and a thoroughfare for seaborne trade bound for the Malacca Strait, the length of which peninsular Malaysia runs. 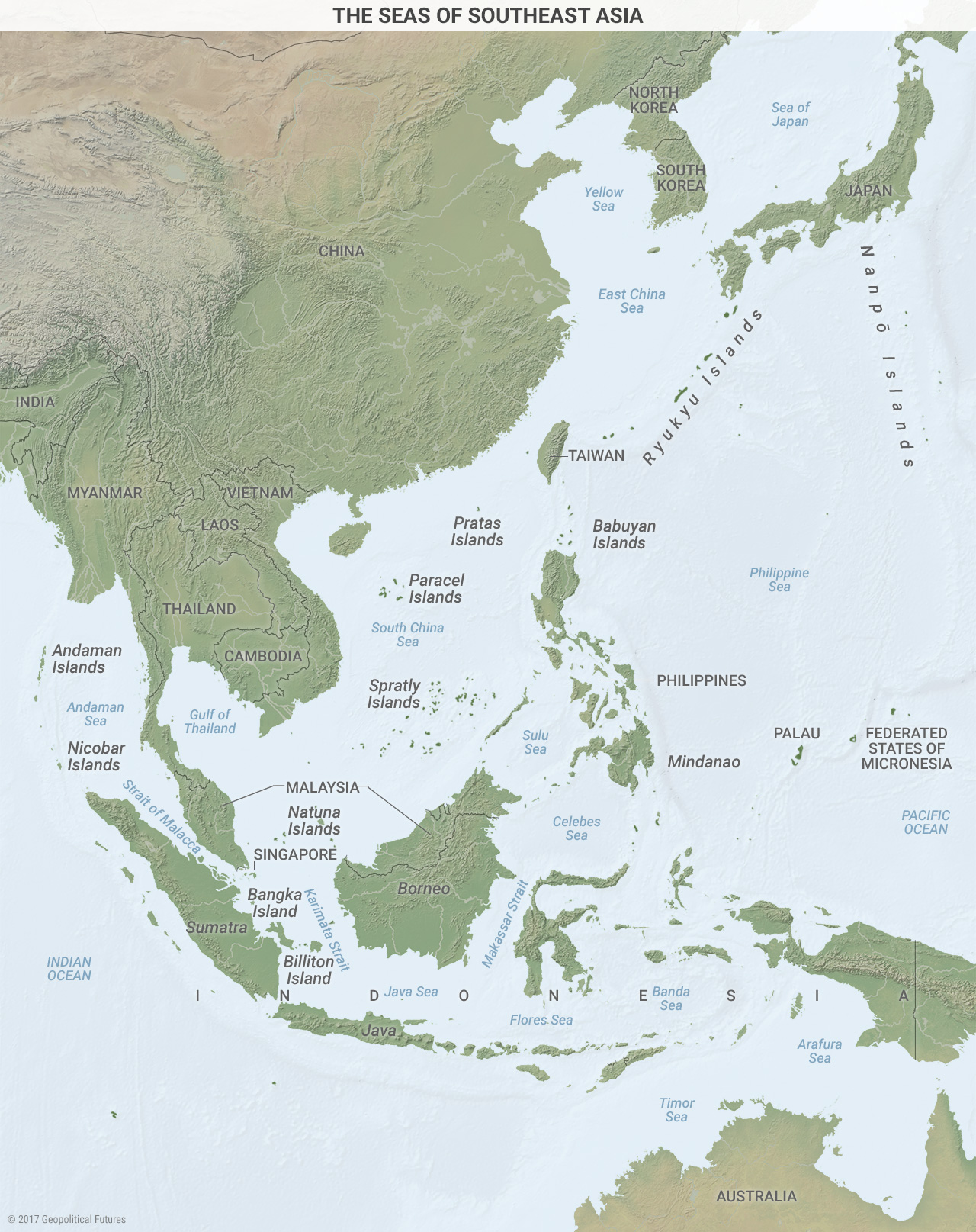 Some 80 percent of China’s oil imports pass through these waters; roughly half of Chinese exports do as well. Denial of this passage would be a threat Beijing could not abide. Nor would its leaders tolerate a tighter coordination among the Association of Southeast Asian Nations’ littoral states that would deter China’s southern expansion into the South China Sea.

But Beijing also sees opportunities in Malaysia. It is a partner in China’s One Belt, One Road initiative, a series of projects meant partly to bypass chokepoints such as the Malacca Strait by opening up alternate routes in the Indian Ocean. Malaysia represents, moreover, a way for China to undermine the influence of the United States – the only naval power capable of shutting down Chinese trade.

For its part, the U.S. sees Malaysia as one of many potential partners that can help stabilize the region. Washington relies heavily on Singapore to support its security interests in the region, but it cooperates with Malaysia on regional security efforts such as counterpiracy. Malaysia even allows the U.S. to launch surveillance flights from its territory and receives occasional port calls from the U.S. Navy. So long as the U.S.-Singapore partnership remains robust, the U.S. will refrain from pushing for a formal alliance with Malaysia or, say, permanent basing access. The main U.S. strategic goal with Malaysia is to prevent the country from drifting too far into China’s orbit — especially if Chinese military assets there could threaten U.S. assets in Singapore and the Philippines. The country’s inclusion in the doomed Trans-Pacific Partnership trade pact was in large part a strategic decision in support of this aim, intended to help the country avoid Chinese economic coercion.

Malaysia’s role in the emerging competition between China and the U.S. in Southeast Asia puts the country’s domestic issues in a new light. The scandal revolves around a state investment fund known as 1MDB. Najib, who also serves as finance minister, launched and oversaw the fund, which fell deep into debt when oil prices famously dropped. Najib is accused of diverting nearly $1 billion into personal accounts and using some of the funds to secure election in the 2013 general election. (He claims the money found in his accounts was a gift from an unnamed donor in the Middle East.) A U.S. Department of Justice report released last year bolstered the claims, sounding the alarm among foreign investors and the Malaysian business community. Similar investigations launched in finance centers like Switzerland, London and Singapore haven’t helped matters.

The issue threatens not only Najib’s tenure, but also the relative political stability Malaysia has experienced during UMNO’s uninterrupted rule since independence. General elections will be called no later than the middle of 2018. Najib’s ruling Barisan Nasional coalition narrowly held onto power after losing the popular vote in 2013, and the opposition subsequently fractured. But a new opposition alliance has formed around Najib’s mentor, former longtime Prime Minister Mahathir Mohamad, and Mahathir’s erstwhile rival, Anwar Ibrahim, and threatens to chip into UMNO’s ethnic Malay base. 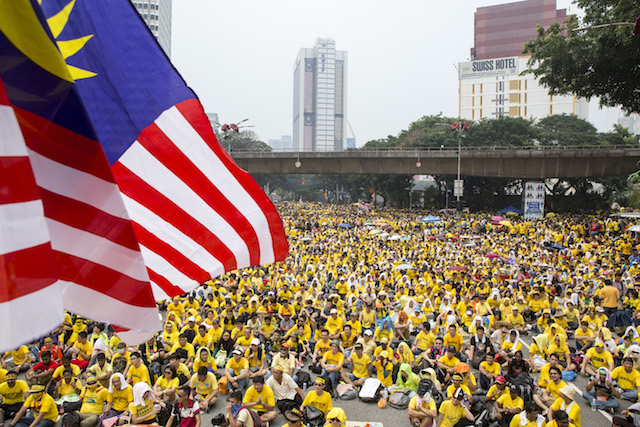 Thus, over the past year, the government has moved quickly to try to put the 1MDB issue to rest, and Chinese firms have evidently been keen to help. Several troubled assets owned by 1MDB were sold off to Chinese firms, eventually allowing Najib to declare the state investment fund debt-free. A flood of Chinese investment came pouring into other areas such as a rail line, industrial parks and a $100 billion real estate development. Tens of billions of dollars of Chinese backing for a trio of major port and pipeline projects could ostensibly weaken Singapore’s pre-eminent hold over regional energy flows. Through August, China-Malaysia trade was up 15 percent over the same period a year earlier.

Malaysia, meanwhile, has been mostly quiet about Chinese assertiveness in the South China Sea. And military cooperation between Malaysia and China has gradually been increasing. In November, during a visit to Beijing shortly after the U.S. Department of Justice report broke, Najib signed a deal to jointly build four littoral mission ships. Last month, Malaysian media reported that, in exchange for another lucrative rail contract, China had offered to station 12 units of the AR3 multiple launch rocket system in Johor, less than 25 miles (40 kilometers) from the U.S. military assets stationed at Singapore’s Changi Naval Base.

Najib has shrugged off the opposition’s claims that he’s selling out Malaysian sovereignty to the Chinese for political gain. But the underlying question remains: Can China’s accumulation of soft power in Malaysia be cashed in for hard power?

Malaysia’s strategic interests must be factored into any attempt to answer this question. Like those of many of its Southeast Asian neighbors, Malaysia’s disjointed geography and somewhat arbitrary post-colonial borders lend themselves to deep ethnic fractures and regional disparities. As a result, the government in Kuala Lumpur tends to be too preoccupied with domestic issues to overextend itself in foreign affairs. Nearly 400 miles of water separate its two halves. Two of the most valuable pieces of British Malaya — Singapore and Brunei — are fully independent states. During periodic bouts of central government weakness, other semi-autonomous regions on Malaysia’s periphery routinely, if half-heartedly, threaten to secede as a means to reclaim lost power and reassert control over their resources.

To an extent, this environment plays into China’s favor. Chinese investment deepens the well of patronage the central government needs to keep the country together, maintain the political stability that foreign investors prefer, and build out the infrastructure networks needed to diversify its economy away from oil and natural gas. (Energy’s share of government revenues has dropped from around 41 percent to 22 percent since the collapse of oil prices.)

But in the long term, Malaysia cannot build its strategy around Chinese largesse. Doing so would assume that Chinese aid and investment can continue in perpetuity. Already, Beijing’s crackdowns on reckless outbound investment is reportedly threatening certain big ticket projects in Malaysia. It would also leave the government vulnerable to Beijing’s bidding. Moreover, UMNO’s ethnic Malay majority is deeply suspicious of Malaysia’s own politically and economically powerful ethnic Chinese population, making Chinese investment a potential political liability as much as an asset. Absent a lasting political accommodation, China has an interest in at least keeping regional states off balance. Given its potential for internal fracturing, Malaysia cannot allow that to happen.

What gives China an opportunity now – the inherent fractiousness of Malaysia – is what has also made Kuala Lumpur wary of close partnerships with outside powers and of participating in zero-sum competitions.

The Indo-Pacific After COVID-19